Britain’s Monitor Audio is one of the most respected names in the hi-fi and home cinema business by virtue of its stupendously talented but eye-poppingly expensive speaker systems – the Platinum PL300 AV package, for example, sells for just over £13,000. But if your budget doesn’t stretch that far, thankfully the company offers a series of more affordable alternatives that retain much of the technology that makes its high-end products so special. 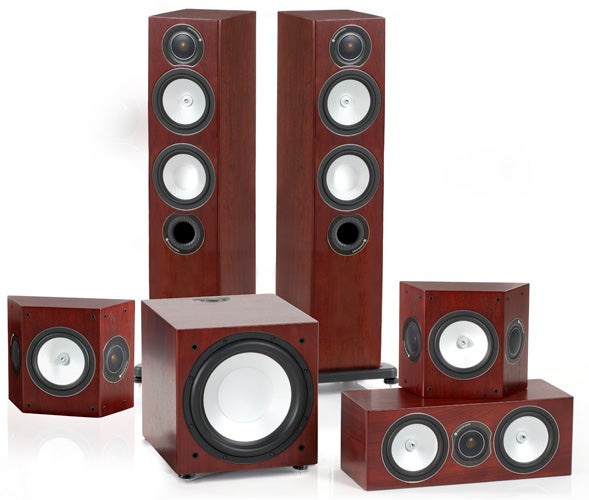 
The Silver RX6 AV12 is one such system. Using techniques and materials from the Platinum and Gold ranges, it aims to emulate their sound quality but at a lower price point. The £2k price tag is still a big ask, but if it sounds even half as good as the PL300 AV then it’ll definitely be money well spent.


The package boasts a formidable line-up. At the front is a pair of RX6 floorstanders, the RX Centre handles, er, centre channel duties and surround sound is provided by a pair of RXFX bookshelf speakers. Completing the line-up is the RXW-12 powered subwoofer, which comes equipped with a mighty 500W amplifier.


Every speaker in the system is luxuriously built, housed in slim, rigid cabinets coated in a sumptuous high-gloss black lacquer finish. If that’s not to your taste then there’s a choice of four real wood veneer finishes – Black Oak, Walnut, Natural Oak and Rosenut – as well as a high gloss white lacquer version. 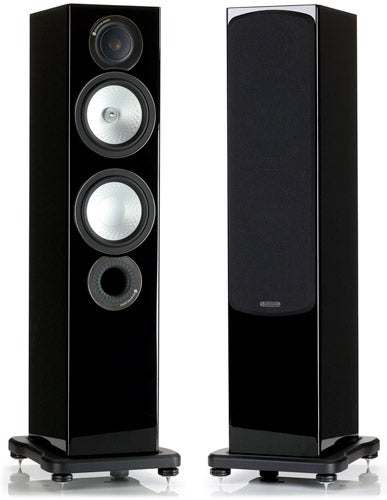 
The RX6s are magnificent beasts, standing 905mm tall on their supplied plinths, which aren’t particularly attractive if truth be told. The grille fixes to the front magnetically for a nice tidy appearance, but it actually looks more stylish without them.


The drive units include a 6in bass driver, a 6in bass/mid driver and a 1in gold dome tweeter. All three use Monitor Audio’s C-CAM Ceramic-Coated Aluminium Magnesium cones, which can be smaller than conventional cones and therefore make those slim cabinets possible. They’re rigid and strong enough to reproduce the nuances of your average HD audio track too, as well as digging down to a bass frequency of 38Hz.


The bass and bass/mid drivers also use Rigid Surface Technology (RST), which aims to delver better midrange clarity. The RX6’s tweeter is a new wider bandwidth version that pushes frequency response over the 35kHz mark – great news if your listening diet is mainly made up of Blu-ray and hi-res audio.

Inside the bulky RX Centre are the same drivers, but arranged in a different way to account for its horizontal orientation. The versatile RXFX rear speakers offer a bipole mode for people who like their effects direct, and a dipole mode for those who prefer a more diffuse sound. You can flick between them using a switch on the back of each speaker. They’re designed to be mounted flush on side or rear walls, which helps to spread effects around the room.


The RXW-12 sub is surprisingly heavy for such a compact unit, but that’s due to the robustly built MDF enclosure and the amount of heavy duty tech packed inside. This includes a newly designed 12in C-CAM cone, a two-magnet motor system and 3in voice coil – not to mention the 500W Class D amp.


No matter where you install the RXW-12, it’s easy to make adjustments thanks to the panel of controls conveniently located on top. These include a volume dial and a couple of buttons that let you switch between two EQ presets. EQ1 is the ‘standard’ setting, delivering the best overall balance for music and movies, but EQ2 injects an extra 4dB at 21Hz, which helps deliver movie soundtracks with a little more welly. 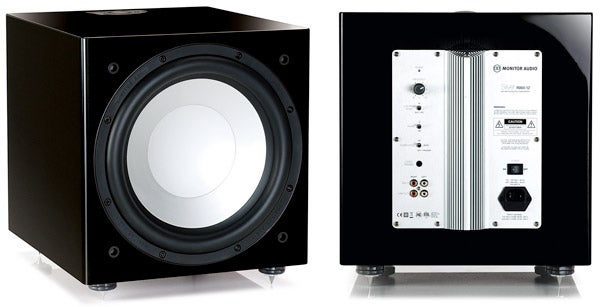 
On the back of the sub are more controls and sockets. These include a dial for setting the crossover frequency between 40 and 60Hz, although this can be bypassed by flicking the Low Pass Filter switch if your AV receiver handles the crossover. There’s also a switch to flip the phase 180 degrees plus phono inputs and outputs for passing the signals on to an additional sub.

With its lofty £2k price tag, we were expecting big things from this system and that’s exactly what we got. The RX6 AV12 delivers a huge, room-filling sound with perfect poise and control. The scale of big action scenes, like the finale of ”Transformers: Revenge of the Fallen”, is immense, not only in terms of the phenomenal power output but also the expansiveness of the soundstage.


The RX6s effortlessly eke out the sonic minutiae that run throughout the movie – chirping robot sounds, delicate background voices, the rustle of breaking rocks as robots scale pyramids – but they also muster rich bass tones that fuse seamlessly with the sub.


Dialogue sounds fantastic through the RX Centre. It’s clear and lifelike but with plenty of richness and body when needed. It’s equally at home with Optimus Prime’s deep, husky tones as it is with Megan Fox’s drawl. 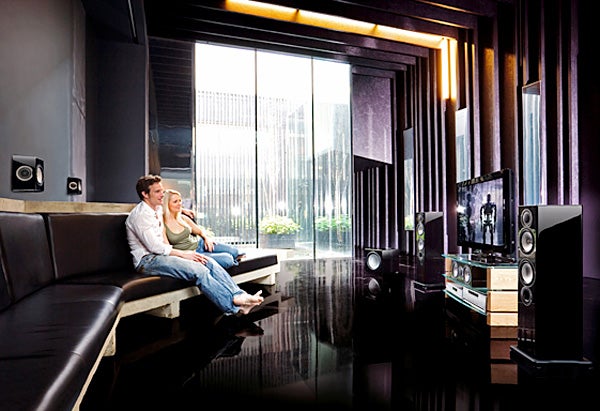 The versatility of the surrounds is a nice touch and in both modes they do a fantastic job. We marginally preferred the bipole setting’s more direct effects placement but in dipole mode the sound is wonderfully immersive.


As for the sub, the EQ1 mode is plenty powerful for most modestly-sized rooms. The level of punch and depth it lends to explosions is extraordinary and like any good subwoofer, it brings the whole system together as a solid cohesive whole. It’s not quite up to the scarily powerful standards set by the Teufel System 8’s THX Ultra 2-certified S 8000 SW subwoofer, but it comes close.


Monitor Audio’s background in hi-fi means it knows a thing or two about getting the best out of music, and that expertise has been applied brilliantly here. The RX6 AV12 delivers music on SACD and Blu-ray with wonderful subtlety and warmth.


It really digs deep into the music and brings out the sort of details that really add character to the sound. With live jazz recordings for example, you can hear the pluck of double bass, the sound of saxophonists blowing into the reed and the rhythmic swish of brushes tapping on drums. It’s awe-inspiring.


The Silver RX6 AV12 is a stunning speaker system, offering sound performance that’s right up there with the very best we’ve heard in this price range – and that includes the Teufel System 8 THX Ultra 2. The versatile rears and frighteningly powerful subwoofer play a big part in this, but it’s the beautifully refined sound from the RX6s that make it such a rewarding listen. It’s all topped off by sumptuous looks (apart from the clunky plinths) and luxurious build quality, which is exactly what you’d expect for this sort of money.