Modern Combat 5: Blackout is as the name suggests, the fifth instalment in the first person shooter franchise delivering another slice of Call of Duty-inspired action for iOS, Android and Windows Phone smartphones and tablets.

Graphics are still as polished as they were in Modern Combat 4 Zero Hour, and while a storyline based on going toe-to-toe with terrorists is hardly original, the improved multiplayer and enjoyable single campaign still makes it one of the finest shooters to play on a smaller screen. 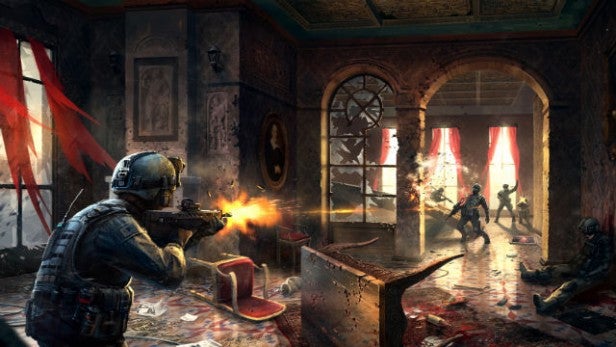 Just like Call of Duty and Battlefield, developer Gameloft prides itself on going big in the graphics department. On the Samsung Galaxy S5 and the Nvidia Shield, it’s not an entirely glossy splendour as there are some blocky areas, but more detailed and interesting environments make a difference. Effects such as water droplets that splash up onto the screen, improved dynamic lighting and more destructible backdrops will really push top-end phones.

With single and multiplayer modes you are breaching into familiar territory, but there are enough new features to keep things feeling fresh. One annoying factor is the fact you need to be online just to play single player mode. But Gameloft goes some way to balancing that irritating element with the decision to dump in-app purchases.

That means you can earn medals, XP and unlockables to get everything you need in the game. There are four classes as well. Assault, Heavy, Recon and Sniper can be gradually unlocked as you progress through the game. All fighting styles can be customized, including specific features on guns to make taking out the enemy more brutal and satisfying.

Taking on single player, the story centres around Caydan Phoenix (yes, that is his name) and his team tackling the terrorist group known as the World Liberation Army wreaking havoc across locations in Venice, Italy and Japan. There are four to five missions at each conflict zone, all bite-sized and ideal for dipping in and out to play. Initial missions can feel repetitive but it doesn’t take too long before there’s a bit more variety. Your amazing resilience to gunfire at close range and quick recovery powers are the clearest indicators that the focus here is on fun and not realism. 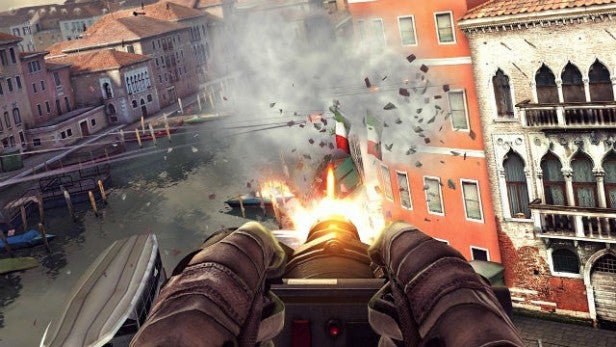 The new Spec Ops mode mixes things up further. These smaller missions can involve clearing rooms of enemies in bullet time, or covering other members of your unit with a sniper rifle or a gatling gun. It’s still packed with cliched, familiar shooter element but at least there’s a greater effort to give single player campaign a little more depth.

Single player is closely aligned with multiplayer, which you can play on your own or with others and creates a more unified experience. There are bigger maps plus familiar multiplayer modes like capture the flag and free-for-all are present along with a Squad mode. This is about building squad members or in-game friends who can be on call for 6v6 battles. There’s plenty of fun to be had here even if it doesn’t entirely break the mould.

Controls are still a sticking point with shooters on phones or tablets and it’s no different with Blackout. The virtual controls are nicely executed but you are still going to miss a button in the heat of the battle. It’s no problem when you move to a dedicated controller like the Shield and Gameloft has provided support for the Moga Pro controller. The lack of MFi iOS controller compatibility will come a disappointment to iPhone and iPad owners, though. 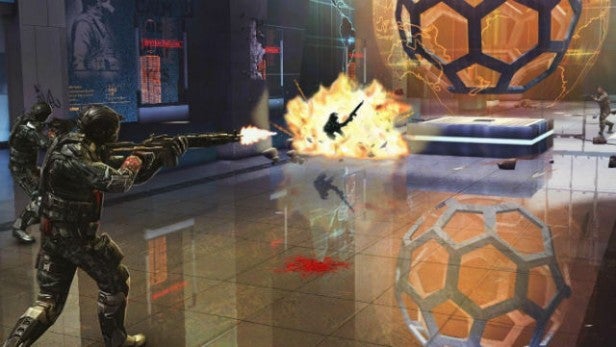 Should I buy Modern Combat 5: Blackout?


Gamers looking for an Android game that’s deep and meaningful should keep the money in the pocket because this game is not for you. This is a tried and tested formula much like Call of Duty has become over the years, with enjoyable single and multiplayer campaigns.

But there are reasons to praise Blackout. Graphically, it continues to set the bar for other shooters and while the storyline is never in danger of winning any awards, it’s a fun ride and the smaller sized missions are better suited to playing on a phone or tablet.

If you can get hold of a controller, then the fun factor goes up a notch. Pull together enough friends and you will get more life out of multiplayer. It’s up there with games like Dead Trigger and Shadowgun plus you don’t even have to worry about microtransactions getting in the way.

The Call of Duty wannabe is still top of the military first person shooter pile even if it lacks originality and could benefit from a more engrossing storyline.