There’s an innate, undeniable satisfaction that comes from clattering a ball cleanly with a foreign object – be it a cricket bat, tennis racket, hockey stick or, of course, the long, rounded figure of a baseball bat. That ‘thwack’, that feeling of near-weightlessness that accompanies the perfect strike, it triggers something deep in our DNA, something that can be rationalised as simply as the act of scoring runs or points.

MLB The Show has been the premiere baseball game for a long time now, and that sense of satisfaction has never been recreated more faithfully than it is here. Obviously, whiffing and missing completely is a disheartening experience for all, but even a clipped foul ball or tame strike into the turf feels disappointing. However, when the centre of the bat connects with the centre of the ball, it’s like poetry.

Baseball as a sport captures that moment better than any, as the entire congregation of players and officials just stop to admire the moment, all helpless to stop the inevitable. The home run.

If you’ve played a recent entry in this series before, you know what to expect. This absolutely isn’t a reinvention of the wheel. Rather, it’s an evolutionary upgrade to a series that’s so far ahead of the competition, there’s no competition any more. Get out onto the field and you’re presented with an overwhelming amount of choice in control and detail, but even a new player to the series and sport can choose the basic hitting, pitching and fielding systems and get straight into the action.

That said, anyone who’s experience of baseball games stretches no further than RBI baseball back in the 1980s may initially struggle with how demanding the hitting can be. MLB The Show requires players to truly read the flight of the incoming pitch, and aim at the exact section of the imaginary striking rectangle in order to hit the ball correctly.

This takes time and practise, but it make those clean strikes all the more satisfying. And when the ball does fly, there are slick controls for driving towards the bases, stealing a few yards, or cautiously loading the bases and waiting for your big-hitter to do the business. 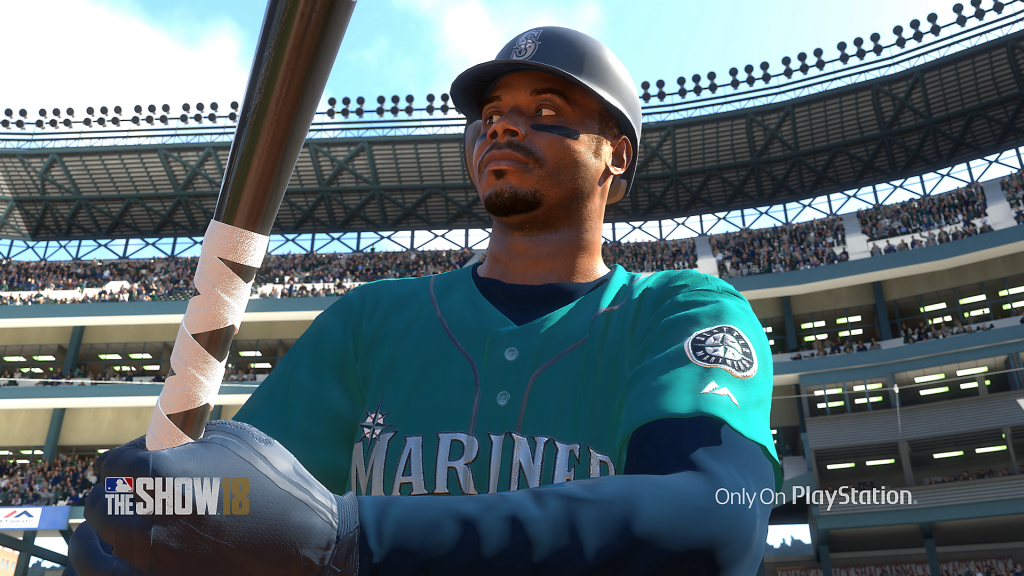 On the other side, pitching is a simpler task – but your pitcher needs to do more than simply choose between a curveball and a splitter. A succession of poor throws will see your pitcher lose confidence, represented by the size of the blue ring around each pitch choice. It’s a keen reflection of the mental game that’s so prevalent in sports, and it’s about more than just button presses and timing – selection, disguise and, of course, execution matter just as much.

When fielding, controls and actions are kept simple. A fly ball is represented with an ever-decreasing circle on the pitch, so you can aim your catcher into just the right position, and each base is given a face button, so you can quickly fire the ball to wherever it needs to go. The ability to preload your throw is smart, too – something other ball-sport games could learn from in fact.

Every aspect of the game connects smoothly, and the presentation is world class. Commentators have long conversations about specific players, but also about their actual performance during the game – it’s even a league ahead of FIFA, in this respect.

Visually, the series has always been excellent, and this is no exception. Facial animation could do with an upgrade, but the overall scene from behind the plate is stunning, particularly on PS4 Pro. The lighting, stadium detail and texture clarity is superb, and the overall player animation is so lifelike that it belongs in the same ‘squint and it looks real’ camp as NBA 2K. 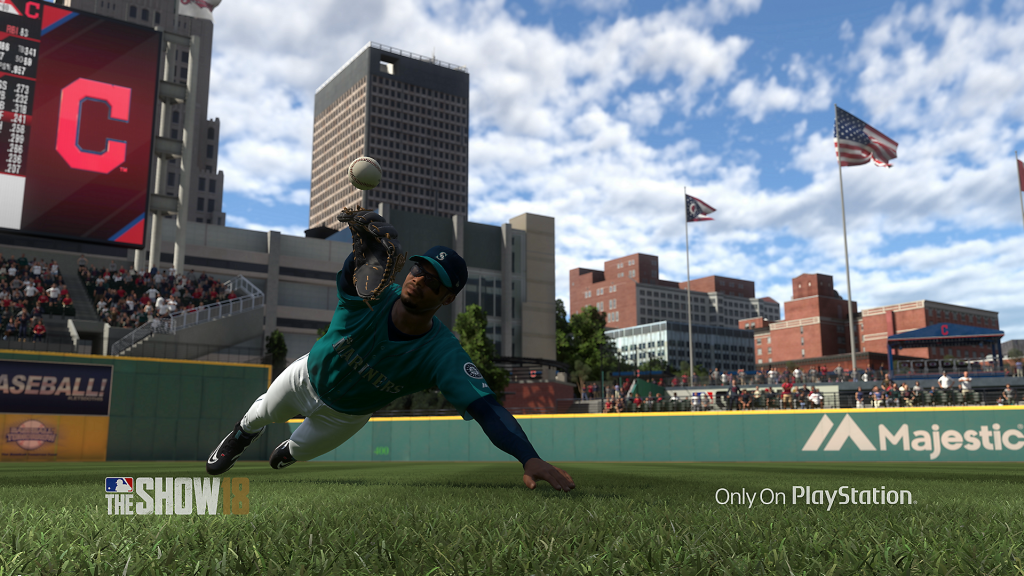 Off the field, MLB The Show 18 has a huge range of modes in which to lose yourself, aping the type of depth usually seen in EA Sports Games. Franchise mode has undergone an overhaul, with a much cleaner and simpler interface, allowing for a faster and more reactive experience – which is a dream considering just how many games you’ll play in a single season. Not really a mode for baseball newbies, but you can’t complain about its depth.

Perhaps more interesting for a casual audience is Diamond Dynasty, MLB The Show’s take on FIFA Ultimate Team and other similar modes. Here, you’ll build a team from legends, current players and other attribute cards, and take that squad online to duke it out with other teams.

Currently, it’s hard to tell how much of a pay-to-win structure is in place (ultimately, that’s what all of these modes end up being), but this is absolutely one of the slicker and more immediate versions of deck-building sports multiplayer out there. It even has Babe Ruth in it. 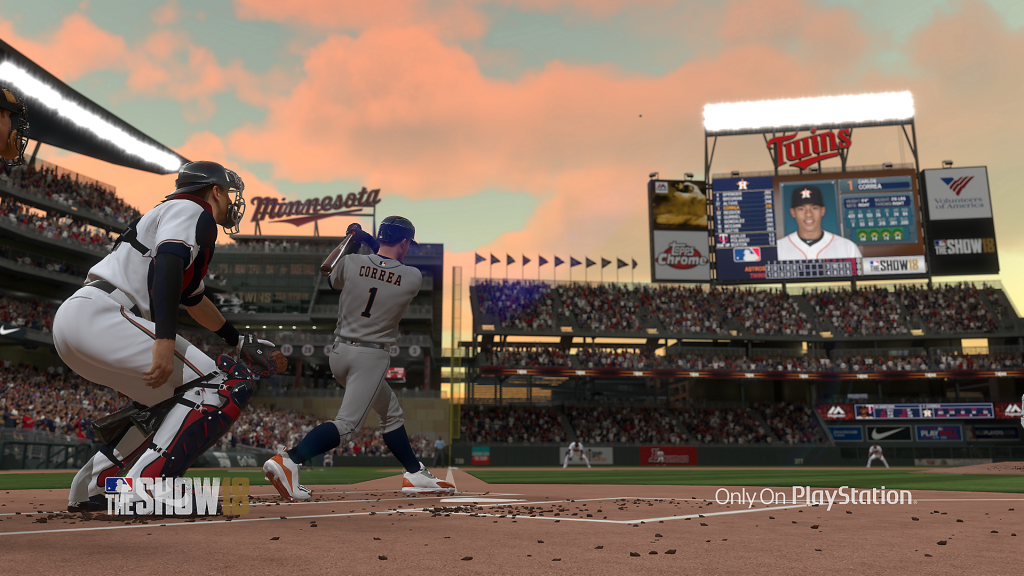 Some fans may feel aggrieved at the removal of certain modes. Season mode is now completely absent, meaning you’ll have to battle through the entire 162 games if you want to complete a year in Franchise Mode, and some of the creation options have been stripped out of the game entirely.

However, this is easily one of the strongest sports franchises out there. While it has fairly limited appeal outside of the United States, anyone keen to investigate a new sport will find a faithful and exciting digital recreation here. And baseball fans, well they already know all about The Show.