The E9 sound entertaining and offer decent ANC performance. Considering the price, they're certainly worth a look

What are the Mixcder E9?

The Mixcder E9 are the latest over-ear headphones from the California–based audio brand, offering Bluetooth and Active Noise Cancellation (ANC) for well under £100.

Travel-friendly and affordable, the E9 aims to bring good performance to the table without breaking the bank, but many headphones before them have tried and failed. Could the E9 be a budget star?

The E9s look similar to Mixcder’s own E7 and E8 headphones – a combination of matte black and shiny plastic that leans towards functional styling. On the E9’s is detailing that elevates them a little in terms of aesthetics, but it’s a magnet for scratches.

They’re a large pair of cans too, chunky enough to protrude from the head for that ‘Mickey Mouse’ effect. They come with a carry case but the case is large and awkwardly shaped, taking up plenty of space in my bag. It’s better to keep them round your neck unless you really feel the need to protect them. 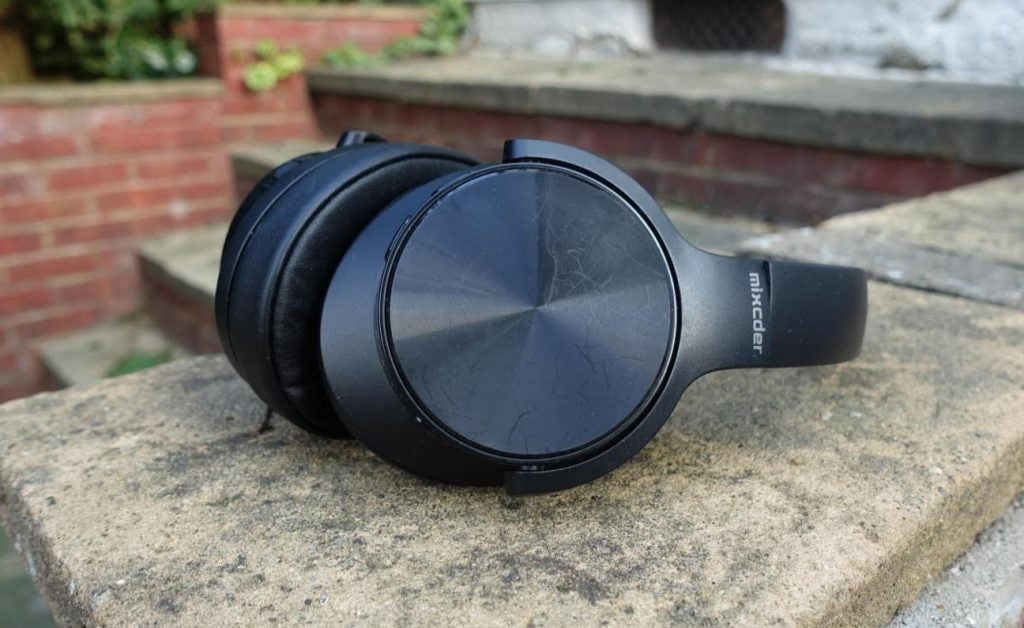 The exterior side of the earcups attract plenty of marks

Despite looking huge, I didn’t find them particularly heavy. They do clamp on top of your head, but the E9s are comfortable enough to wear for long periods and you can adjust the fit via the headband.

The earpads – made out of protein leather – provide a soft, cushiony feel that means they don’t irritate or warm up your ears during use. The earcups themselves can swivel and collapse inwards for added portability.

On the right earcup are the power and volume buttons, the latter doubling up as playback controls. Press the ‘+’ button for one to two seconds and you skip to the next track. Press the ‘-‘ button and it’ll send you back to the start of the track. The buttons themselves are soft to press and responsive, an improvement of the clunky feel of the E8. There’s also a USB connection for charging. 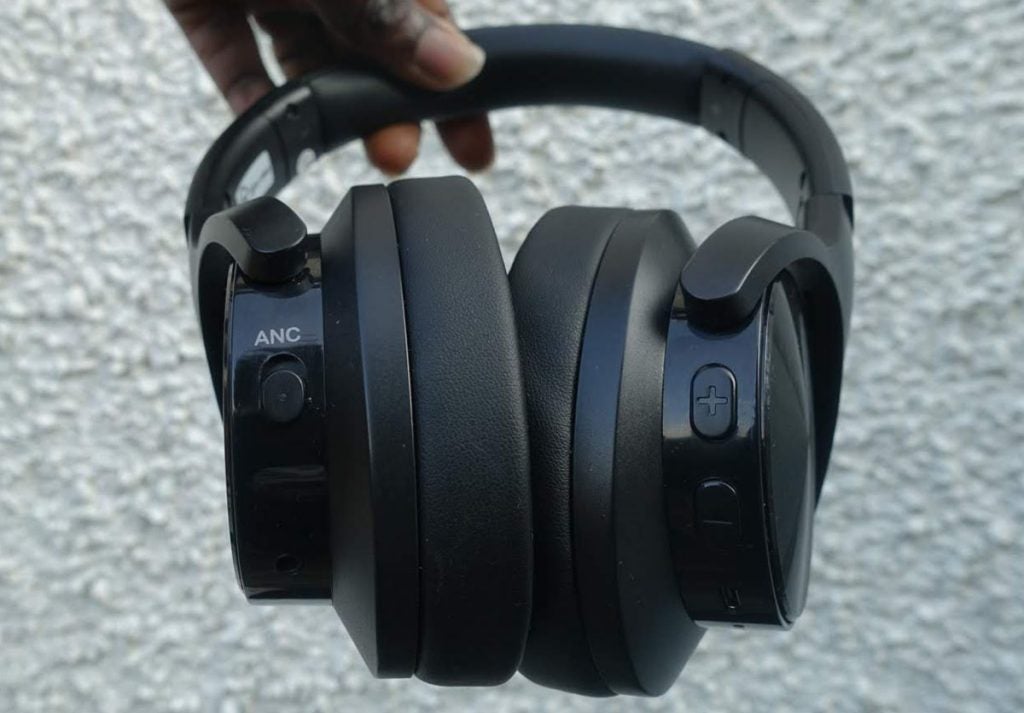 On the left earcup you’ll find the toggle switch for the ANC as well as the 3.5mm connection (the headphone comes with a detachable cable).

Low battery is indicated by a series of beeps. You’ll also hear a beep once you reach max volume and annoyingly if you keep it at that volume and skip tracks using your portable music player, you’ll hear it every time until you lower the volume.

On paper the E9s look quietly impressive in terms of features. You get ANC, Bluetooth and a built-in microphone for well under £100. If you fly frequently, you’ll find the bundled airplane adapter of use.

Bluetooth is restricted to v4.0, which is getting long in the tooth, but the responsiveness of it is generally fine. Battery life is rated at 30 hours without ANC and 24 hours with it, an impressive figure for a budget headphone. Those figures tally up with my experience, getting a more than a week’s use on commutes before having to top up.

Speaking of charging, it takes around two-and-a-half hours when plugged into a USB port to get back to a full battery. 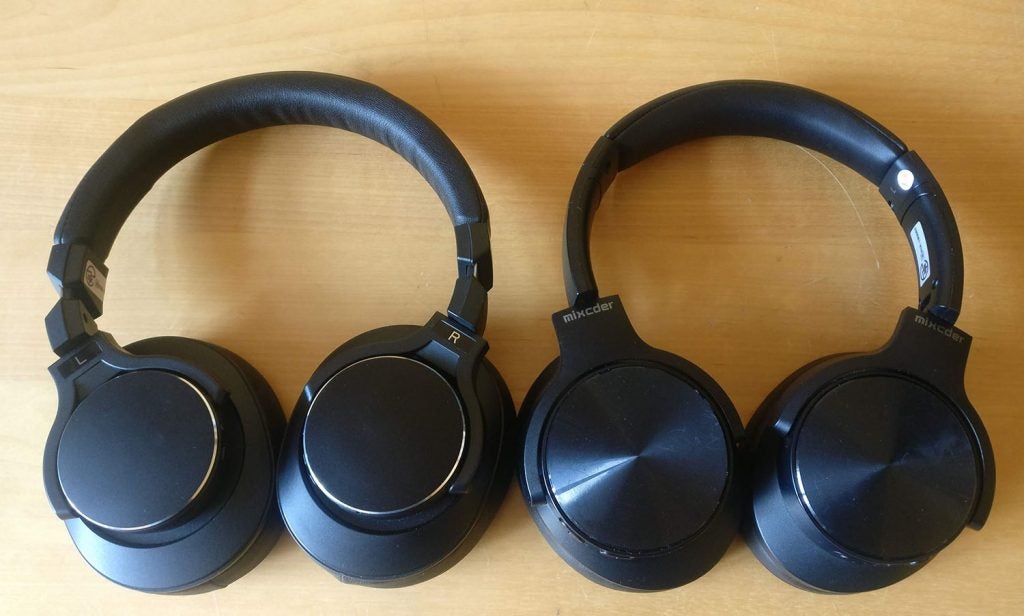 The E8 on the left and the E9 on the right

I’d rate noise isolation as fine, enough to block out some ambient noise. For the ANC, Mixcder has developed its own chip along with high sensitive microphones to better blot out external sounds. The results are adequate.

Environmental noises or low frequency sounds are happily dealt with, but mid-to-high frequencies are more of a struggle. Using them in the office, voices often sounded strangely processed though I could still make out what was being said, which actually made them sound more distracting. The E9 don’t deal with these frequencies with any convincing sense of authority.

Bluetooth performance on the whole was good with few dropouts experienced during my time with them. I only experienced them in busy places such as Waterloo or Victoria, but that’s the case for most headphones.

In terms of wireless range, Mixcder quotes 33ft for outdoor use and 49ft indoors. I can’t say measured it with a tape, but those distances felt close enough before the signal started to fall away.

The E9s have a thick sound that errs to being a bit warm. The separation between low, mid and high frequencies isn’t as much as I’d like. The effect it has is that it can be hard to discern clarity and detail at times. Listening to Lupe Fiasco’s The Cool and the vocals didn’t stand out as much from the beat laid down in the background.

Treble doesn’t sparkle as much it could either. That being said, the soundstage is big and the stereo imaging decent, even if the lack of clarity obscures detail at times. 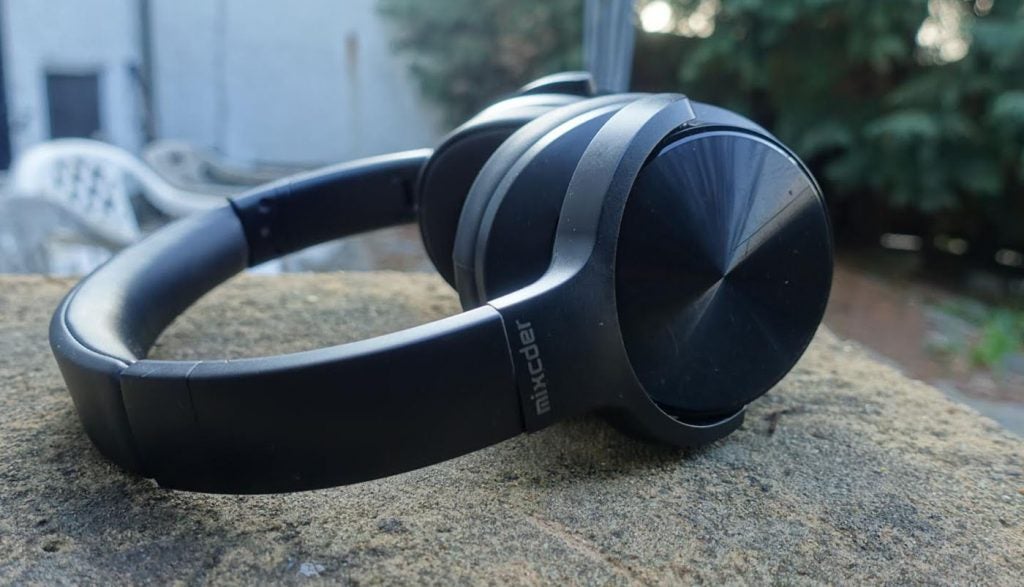 I’m making the E9 out to be rather average, but that’s not the case. Turn on the ANC though, and they sound noticeably better.

Mid-range details and vocals that were hidden are brought further forward and the bass, mids and treble are granted more space to breathe. More clarity is afforded to the sound, so Silver for Monsters on The Witcher 3 soundtrack sounds big and forceful as befitting that composition.

You may want to turn the sound down a notch though as engaging ANC also boosts the volume. 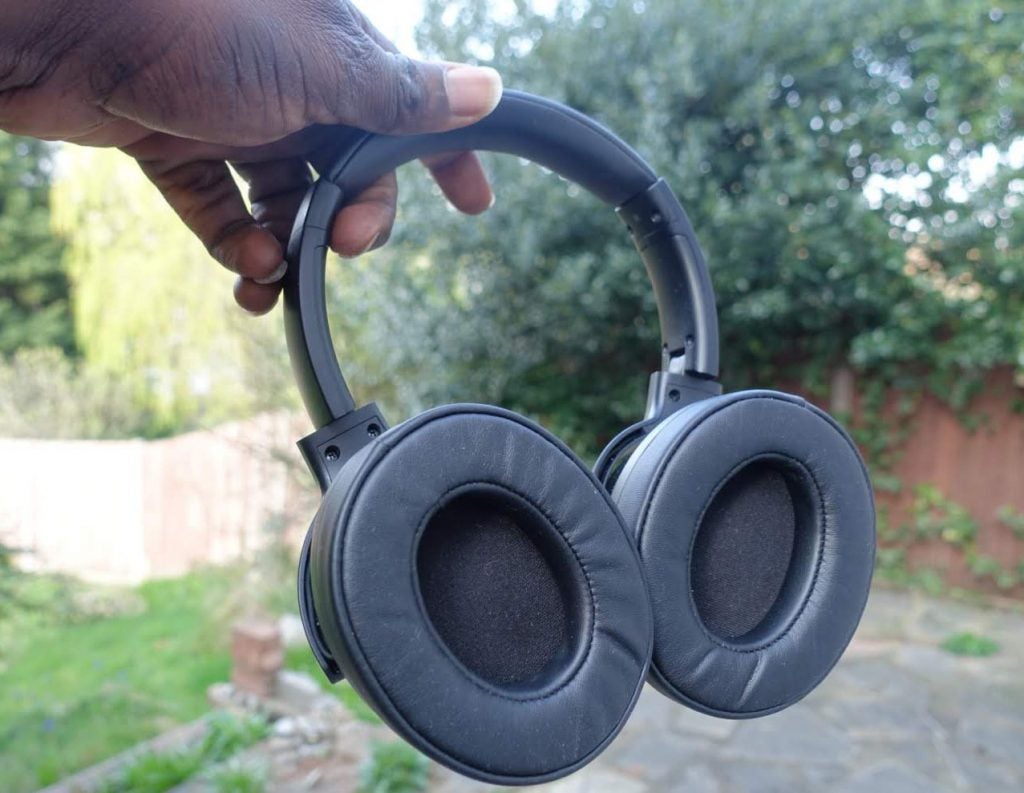 On a wired connection bass is firm enough. Switch to wireless and a play of N.E.R.D’s She Likes To Move and the bass ekes towards a little looser and unrestrained but in an enjoyable manner. The drum hits in something like Megadeth’s Peace Sells aren’t the cleanest but the meaty delivery ensures a fun time.

They’re not the most accurate of headphones nor are they the most detailed, but they are fun to listen to.

Should I buy the Mixcder E9s?

If you’re looking for a headphone that packs in the convenience of Bluetooth and ANC for less than £60 then it’d be hard not to at least consider the E9. At this price you’re not getting audiophile sound quality, but they’re a fun and entertaining listen.

They look nice, at least as nice as a pair of black headphones can do. They feel robust in terms of build and are comfortable enough to wear. If you’re not looking to splash the cash on your next pair of headphones, the E9 warrant consideration.

The E9 sound entertaining and come with decent ANC performance. Considering the price, the E9s are certainly worth a look.