What are the Mixcder E7?

The Mixcder E7 are cheap headphones with numerous features. They cost just £41.99 yet offer Bluetooth, active noise cancellation and a full-size design that makes them look like they cost three times the price.

Too good to be true? Well, it’s possible to pick up more consistent-sounding wireless headphones for just a little more money, but the Mixcder E7 are surprisingly solid. Their Bluetooth performance is great, they’re comfortable to wear, and while active noise cancellation is subtle, it does have a real effect. 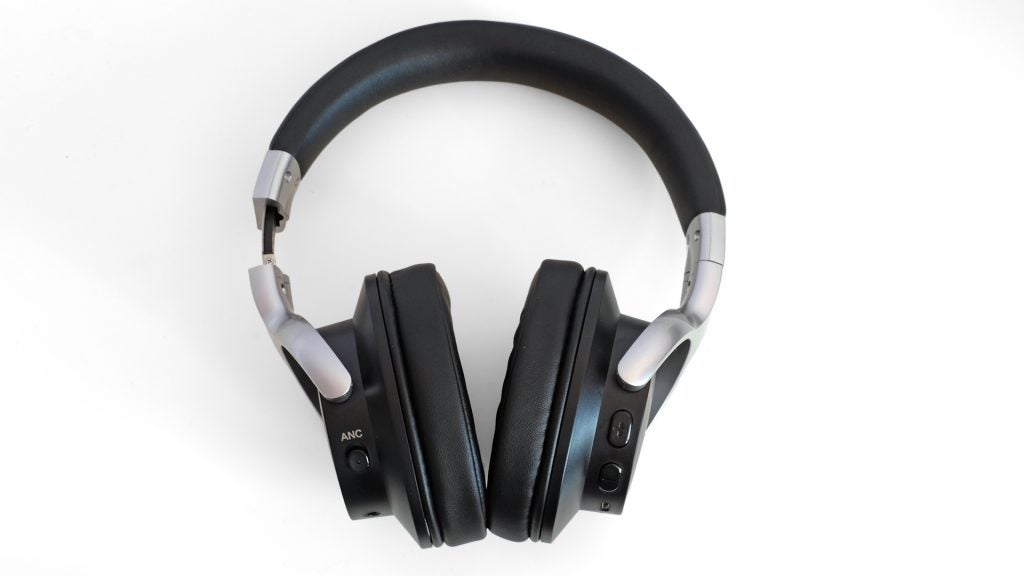 The Mixcder E7 look an awful lot like a pair of Sony headphones. But where you’ll pay £249 for the Sony MDR-100ABN, these cost less than £50.

You’ll see them listed at an RRP of £130, but this seems suspect given I’m writing this review just after launch. As with many cut-price gadgets, don’t believe the RRP.

That said, most people will initially assume you’ve spent far more than the Mixcder E7 cost. They emulate £150-280 headphones, and don’t do a bad job of it either. 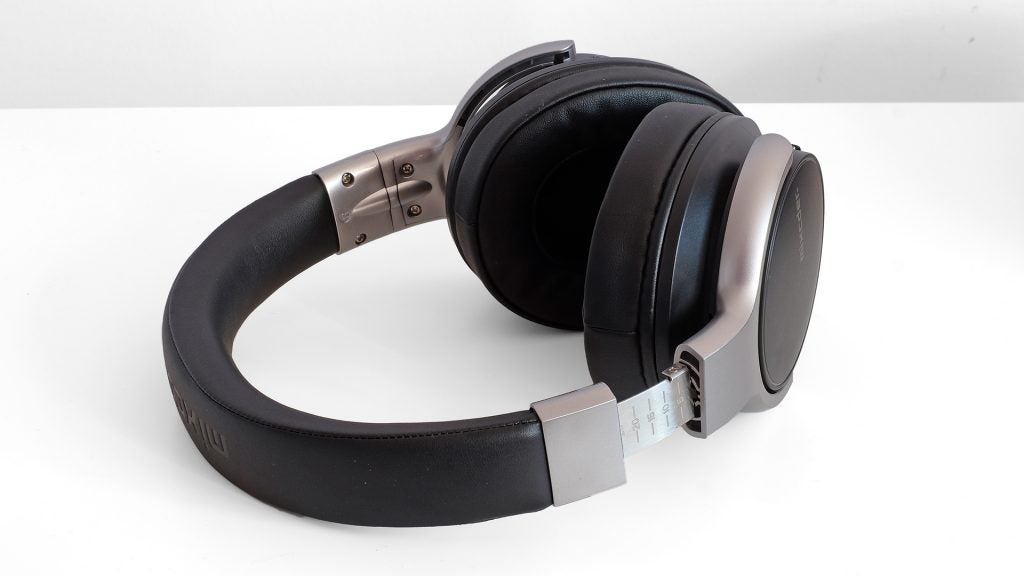 Predictably, much of the Mixcder E7 is plastic, aside from the metal frame inside the headband and the screws that keep everything together. In a more expensive pair of headphones you might get aluminium cups or headband stems.

There are some headphones available at this price that use aluminium too. The on-ear House of Marley Positive Vibration Wireless 2 have metal cups, and are a good buy.

However, those aren’t on-ear headphones. They’re a large over-ear model with enough space in the cups to enclose most people’s ears. For long listening sessions the Mixcder E7 are more comfortable than most on-ear pairs, simply because they put little or no pressure on your sensitive ear cartilage. 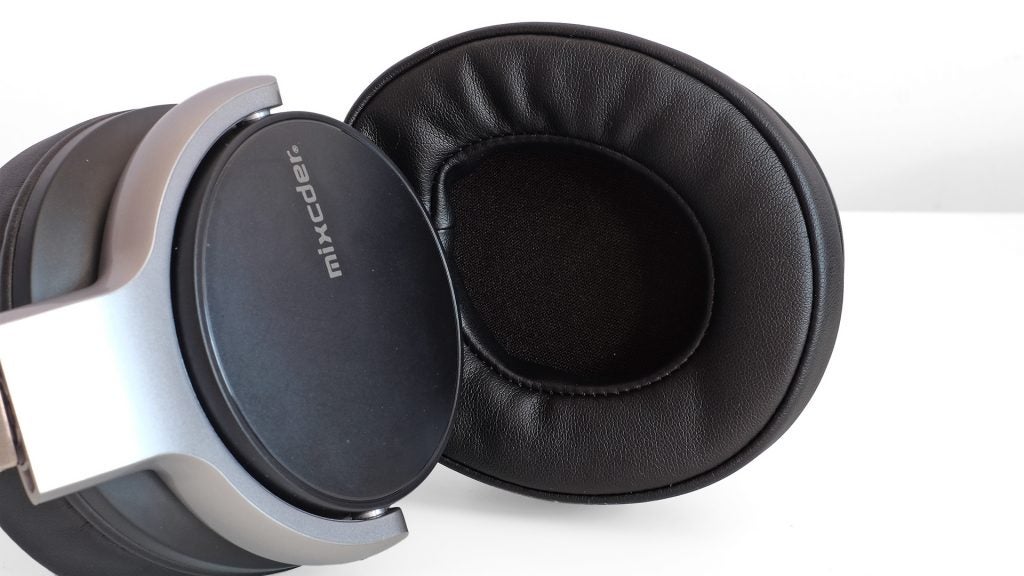 I tested the Mixcder E7 during one of the UK’s infrequent heatwaves and, sure enough, the fake leather pads did become sweaty after a while. However, the same is true of most headphones of this style. Real leather is rarely used in headphones these days, and more porous or breathable fabrics such as velour would affect sound isolation.

Get up close with the Mixcder E7 and there are certain parts of the headphones that appear light or cheap, and the cups don’t fold inward either. But what Mixcder has made for this price is quite impressive nonetheless.

Like many recent budget wireless headphones, both Bluetooth reliability and battery life are excellent. With my phone kept in a pocket, I didn’t hear a single wireless blip while using the Mixcder E7.

Battery life of 20 hours is great for real-world use, even if it doesn’t quite match the longest-lasting full-size pairs – the Beats Studio 3, for example. You recharge the battery via an exposed micro-USB socket on one cup. You can plug in a cable, too, although they don’t seem to work at all when the battery is completely dead. 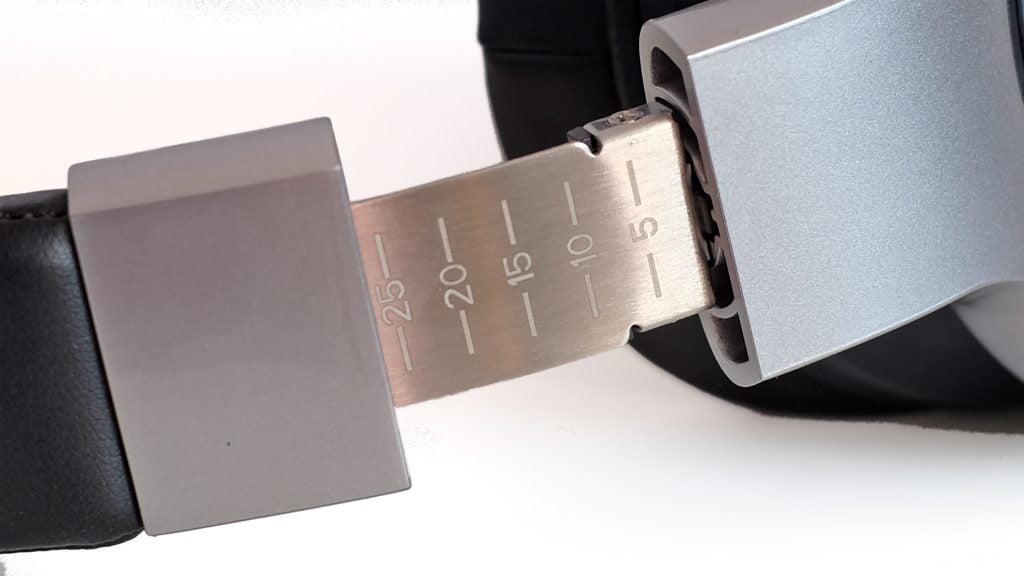 When used wirelessly, the Mixcder E7 are controlled using a series of buttons and one switch on the cups. These alter volume, toggle power and play/pause your music. The buttons are oversized: not a subtle look. However, the style is at least consistent and makes using them a cinch.

A voice prompt or LED power indicator is the one obvious feature lacking. When used with our Samsung Galaxy A8 test phone, there was no on-screen battery indicator either. The tech inside the Mixcder E7 is solid, but basic. There’s also no aptX or NFC.

You do get a rather good carry case, however. It’s a semi-hard fabric case similar to (if simpler than) the one included with the Bose QuietComfort 35 II. 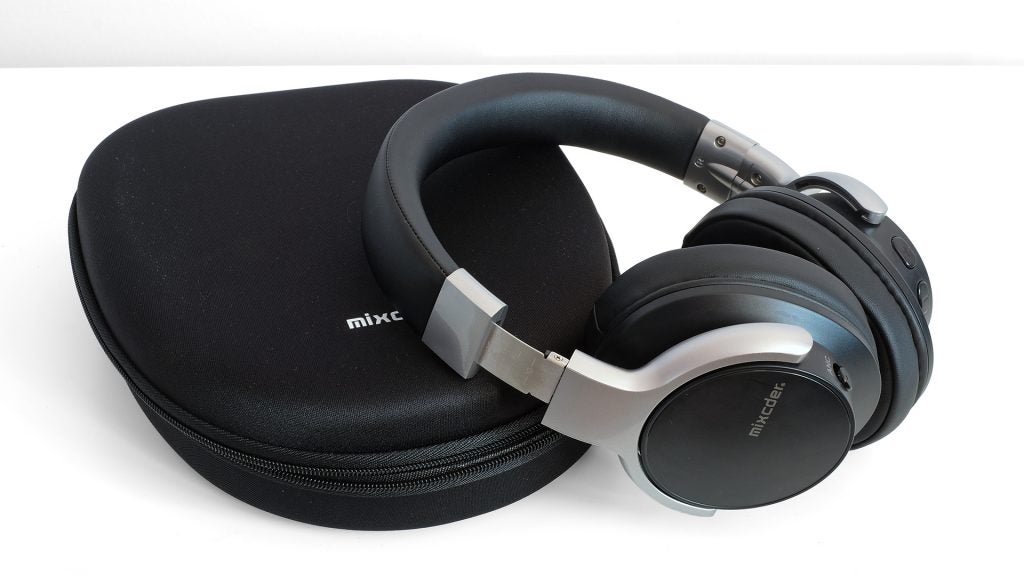 Active noise cancellation is the other important feature. You toggle this using a switch on the left cup and, looking over these headphones, it seems to use the same microphone that takes on handsfree call duties.

You may well be familiar with how ANC works. A mic monitors ambient noise and the drivers create sound waves that are the inverse of the noise to nullify it.

The effect here is subtle compared with the world-silencing Bose QuietComfort 35 II. They attenuate some low-frequency noise, but don’t put up a barrier of silence that removes you from your surroundings. 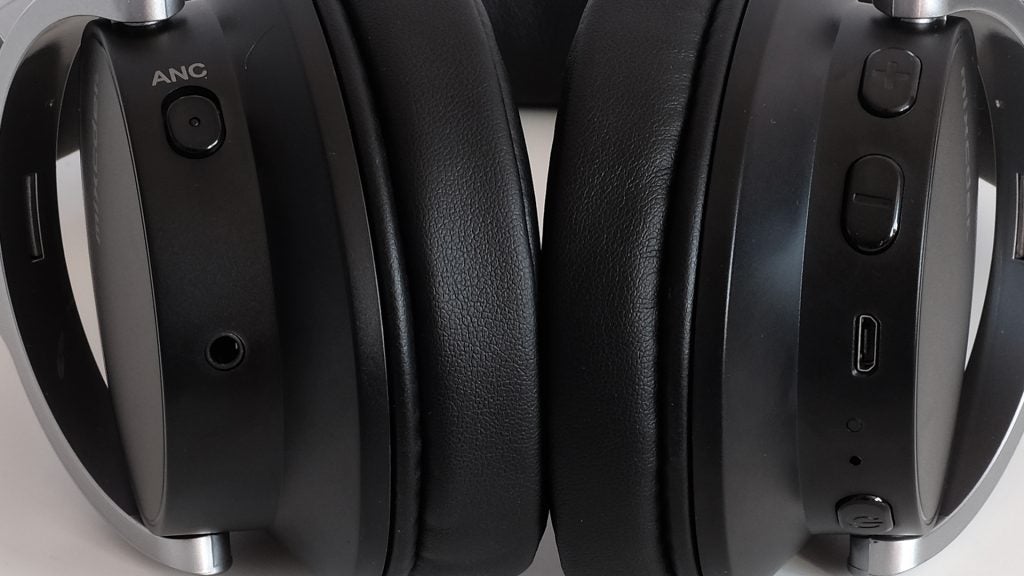 The feature isn’t entirely useless, though. I used the Mixcder E7 on a few train journeys and the ANC did make the engine noise less apparent. Whenever you listen to music outdoors, your tunes have to compete with the noise of the world– and ANC gives your music a slight upper hand.

If the Mixcder E7 were more expensive, I’d class their noise cancellation as disappointing. At this price, however, we can’t complain.

There’s one other issue with the ANC. It causes a low-frequency soundwave – it sounds like the flexing of a sheet of plastic – when there’s a sudden spike in sound pressure. You’ll hear it when a door slams near you, when the bus jolts over a piece of poorly maintained road, or when you step down too hard with non-squishy shoes. 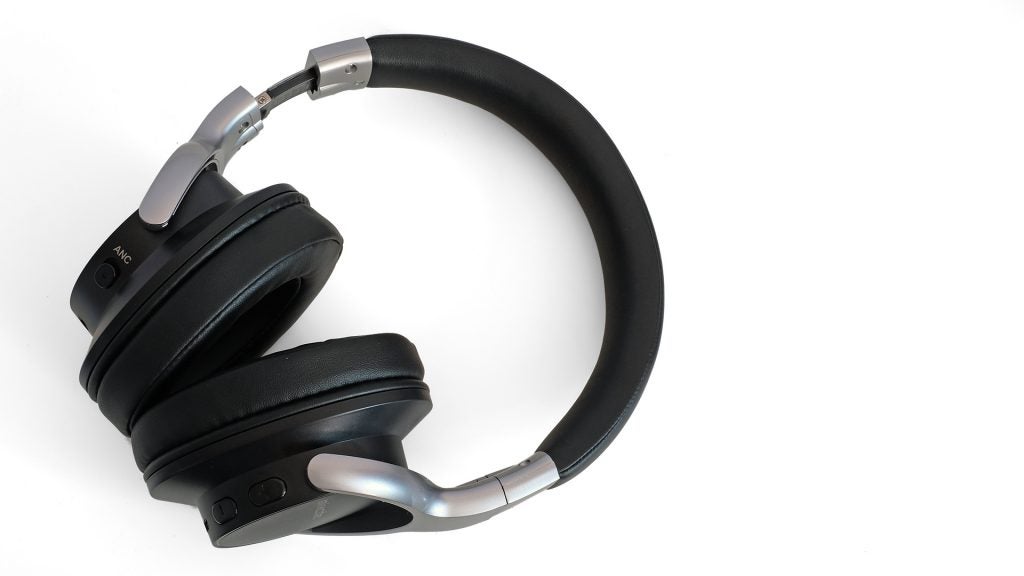 Turning ANC on also improves sound quality. Without it engaged, the Mixcder E7 have quite thick, leaden low mids and upper bass. This makes audio seem a little murky and slothful.

Switch ANC on and some of this excess disappears. The mids become more taut, the lower half of the sound less lumpen.

The Mixcder E7 display some great characteristics. Most important, the soundstage is huge for a cheap, closed-back set of headphones. There’s a sense of music surrounding your head 360-degree style, and this is effective for music with a lot of atmosphere. These headphones can play Jon Hopkins’s electronic soundscapes like few sub-£100 pairs.

These headphones ‘do’ epic very well. However, they do trip over a little when clearer soundstage imaging is required. The Mixcder E7 soundstage is large, but quite diffuse. 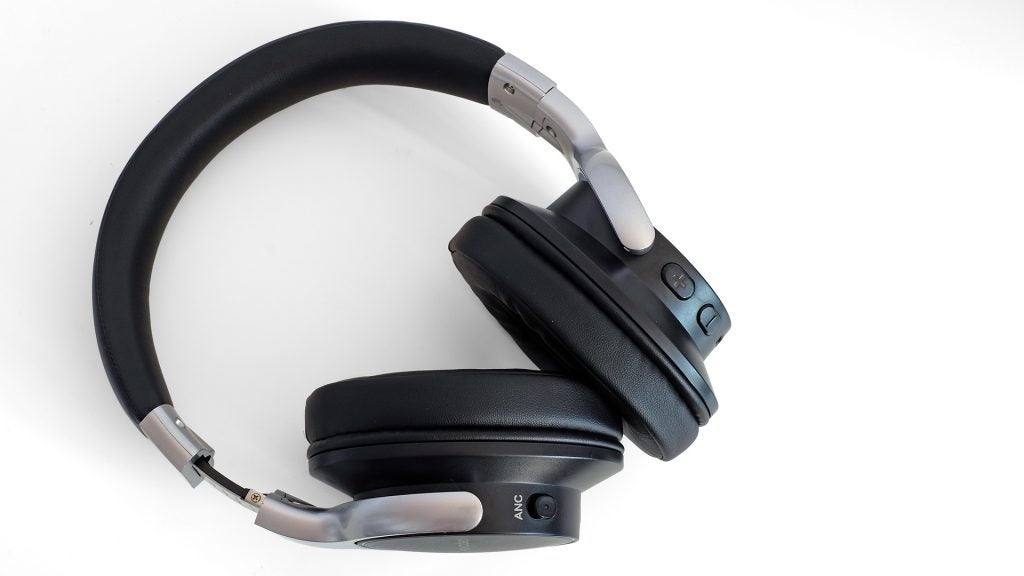 This is an issue when dealing with arrangements that are led by vocals. The central channel often seems to bleed more than most, laterally. As such, vocals seem set too far back in the mix. The effect is a little like a sonic planetarium. Its scale is impressive, but it can seem oddly flat and artificial with the wrong content.

I’m often charmed by the Mixcder E7 because I’m a sucker for a big soundstage. However, they’re more-or-less incapable of delivering an intimate close-mic’d vocal convincingly.

The bass doesn’t help here, either. It doesn’t make the E7 sound boomy or muddy thanks to the sheer soundstage space, but has a slightly slow decay and isn’t tightly controlled.

Tonally, the Mixcder E7 are otherwise perfectly good, particularly at the price. They are smooth-sounding, the treble isn’t cut off too low, and there are no gaping texture or detail holes in the mids. Both the mids and treble are on the soft side, though. 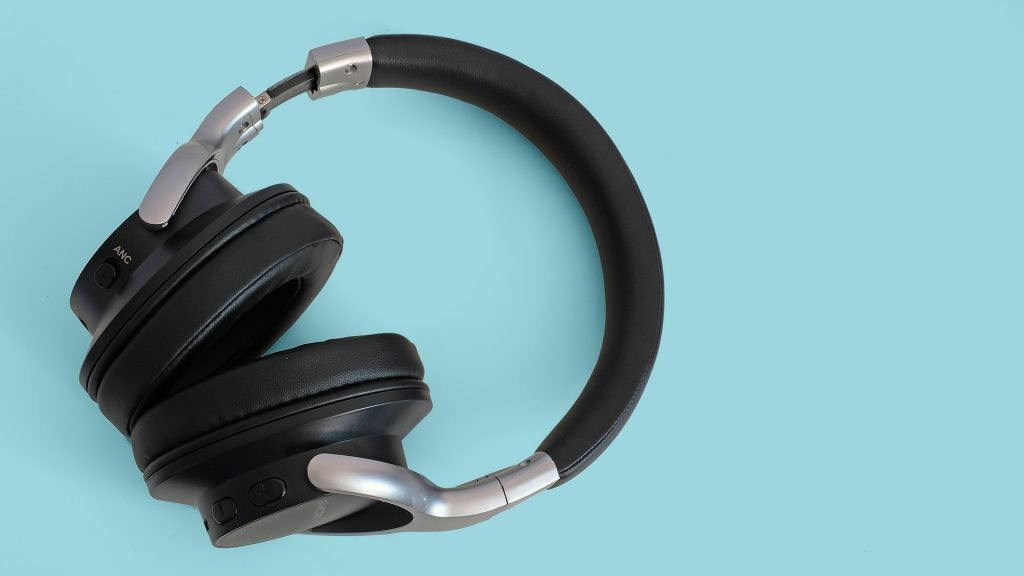 Why buy the Mixcder E7?

However, although rivals such as the Urbanista Seattle, Marley Positive Vibration 2 and Lindy BNX-60 all sound smaller, they offer a more faithful – less flat –presentation. So, what are you after? A huge sound, or a smaller soundscape with better dynamics? We’d go for the latter. Nevertheless, these are a great buy if the budget is tight.

A huge soundstage, low price and solid tech – although they keep your music at arm’s length.