Since it pulled out of the UK TV market nearly a decade ago, Mitsubishi has gradually faded from public consciousness as an AV brand. But oddly, as regular readers will know, Mitsubishi is actually still a force in what’s one of the toughest AV markets to make money in: the home cinema projector market.


We’ve checked out its entry-level HC5500 and mid-range HC6500 models previously, and generally liked what we’ve seen. So we’re intrigued to say the least to have our hands on Mitsubishi’s current UK flagship home cinema projector, the HC7000. 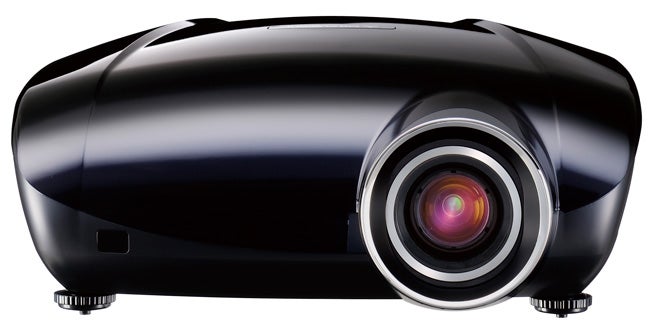 Our questions for the HC7000 will essentially centre around two key points. First, will it deliver a significant step-up from the HC6500? After all, the HC6500 didn’t deliver much of a boost over the cheaper HC5500. Second, will it be able to compete with the other similarly-priced projector stars out there now from the likes of Optoma, Panasonic and InFocus?


The HC7000 certainly gets off to a good start if you’re the sort of person who likes to get a solid chunk of kit for their £2,559. For it’s a large machine, in terms of width, depth ”and” height. It’s not an especially attractive thing, though, despite employing plenty of curves in its lines and gloss in its black finish. It doesn’t help that the exterior feels a bit more plasticky than I’d ideally like.


Connectivity is pretty much as we’d expect for the HC7000’s price level. Which is to say you get a pair of HDMIs, component video inputs, a PC port, and an RS 232 to help you integrate the projector into a wider AV system.

I was a little nonplussed to find one of the HDMIs on my test sample not synching properly with my source gear for the first few hours I spent with the projector, but the problem oddly cleared up of its own accord – and in any case Mitsubishi gives you a 2-year manufacturer’s warranty, so obviously they’re not expecting many serious problems to arise.


Predictably, for an LCD costing more than £2,000, the HC7000 enjoys a Full HD resolution. Rather less predictable, though, is the projector’s claimed contrast ratio of 72,000:1. This is a really prodigious figure by any standards, but especially when considered against the mere 15,000:1 quoted by the HC6500 model. Presumably – hopefully! – this points towards the HC7000 joining a recent flurry of LCD projectors that have started to shatter the old idea that LCD technology just can’t do a believable black level.


Also playing a part in explaining the HC7000’s flagship status in Mitsubishi’s range is its video processing, which is based on the widely acclaimed Silicon Optics Reon VX video processing engine – a fact which should see scaling noise kept to an absolute minimum. The processing is notable, too, for converting 24fps inputs to 48fps, to reduce judder when watching Blu-rays.

Elsewhere, my eye was caught by a very impressive 5,000 hours of quoted lamp life if you stick with the projector’s low lamp output setting – the largest such figure I can remember seeing, in fact.


Another intriguing figure on the HC7000’s specification sheet is its quoted minimum running noise of just 17db. This is remarkably quiet – and I might as well tell you now that if anything the figure actually seems pessimistic. During my tests I honestly didn’t hear it running at all with the lamp set to low, even though I often had no sound running from my sources and was only sat around two metres from the projector. Outstanding.


Also impressive is how easy the HC7000 is to set up. It sports both horizontal and vertical image shift, and fully motorised zoom and focus adjustments complete with a handy little grid pattern to help you position everything right. There’s even keystone adjustment, though I doubt many people will need to call on this given the flexibility offered by the shifting system.


The only little bone of contention I found during setup were a mere 1.6x zoom range where numerous rivals now offer 2x, something that could – though probably won’t – cause people headaches in getting the image size they want from their home cinema rooms.

There’s a decent selection of picture adjustments within the HC7000’s onscreen menus, too. The single most important of these is a colour management system allowing you to adjust the contrast and brightness of the red, green and blue picture elements, but there’s also plenty of overscan adjustment (including the option to turn overscanning off for HD sources); the option to adjust the iris (including an auto option that adapts to changing source material); various sorts of noise reduction; optional colour transient improvement; and a selection of thematic and automatic gamma modes.


In many ways, the HC7000 is yet another very accomplished LCD performer. But a couple of irritating flaws ultimately prevent it from mustering a TrustedReviews Recommended award.


The good stuff kicks off emphatically with the HC7000’s black level response. Dark scenes are portrayed with a naturalism and freedom from low-contrast greyness that’s a revelation compared with the other two Mitsubishi projectors we’ve seen in recent times. In fact, black levels are so deep that they outgun those of Panasonic’s PT-AE3000, and keep up with the high black level standards set recently by the likes of Epson’s TW5800 and, to a lesser extent, the Optoma HD82. JVC’s D-ILA models still outgun it on black level, I guess, but those projectors are at least a thousand pounds more expensive.


It’s a relief to find, too, that the HC7000’s excellent black levels contain enough shadow detail to ensure that dark scenes don’t look flat and hollow.

The HC7000 also scores points with its exemplary sharpness. In fact, its HD pictures are really remarkably textured and clean, bringing out details in some of our favourite Blu-rays that we didn’t even know were there. It helps in this regard, too, that the projector presents motion with impressive clarity, even when watching 24p sources.


More good news finds the projector upscaling standard definition with great finesse, maybe not leaving it looking as sharp as some rivals do, but keeping a tight lid on noise and edge jaggies.


There’s no sign of that old but now largely defunct LCD projection problem of the screen door effect either, and of course, since the HC7000 isn’t using DLP technology, you don’t have to worry about the rainbow effect at all. 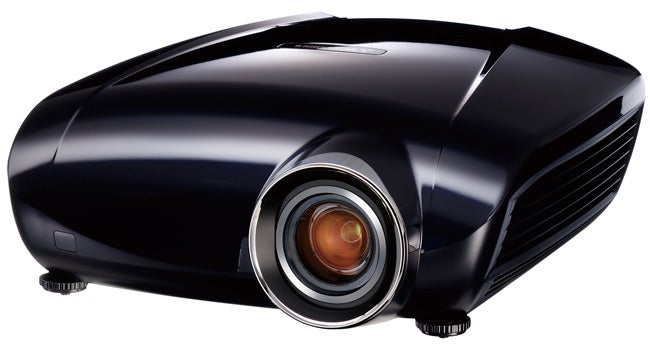 My problems with the HC7000 concern its brightness and, to a lesser extent, its colours. With a maximum claimed output of 1,000 Lumens and a ‘real-world’ output we suspect is rather less than that, the HC7000’s images really do lack a little of the sparkle and dynamism that distinguishes the best projectors in its class. This brightness issue also limits the likely screen size the HC7000 will suit. Basically, I wouldn’t recommend it for screens considerably bigger than 100in.


Partly because of its brightness issues, the HC7000’s colours also lack a little vibrancy, especially when I compare them with top DLP models in a similar class like the InFocus IN82 or Optoma HD82.


There’s another colour concern too, which is that some scenes – such as the horse on the beach scene in ”Casino Royale” – seem to take on a slightly yellowish overall tone that no amount of tinkering with the colour management system was able to expel. Greens occasionally look slightly wimpy compared with the other primary colours too, though this is a very minor point.


Mitsubishi has certainly come on leaps and bounds with the HC7000, providing more evidence if it were needed that LCD has no intention of being overwhelmed by its great DLP and D-ILA rivals. But with the projection world now getting so scarily competitive, little issues like slightly impoverished brightness levels and minor colour tone slips are enough to cost the HC7000 the unreserved recommendation it would definitely have earned if we’d seen it six months to a year ago.