What is the Mission M3?

With space-saving soundbars and bases hogging the home cinema limelight, the poor old 5.1 speaker system has been rather overlooked of late. But the M3 (aka M-Cubed) system from Mission is here to remind you that you shouldn’t dismiss 5.1 systems completely just because space is tight.

This package features five satellite speakers and a powered subwoofer so compact they’ll barely make a dent in your living room space. M3 is the successor to the popular M-Cube system, which took a similarly fuss-free approach to home cinema sound back in 2005. At around £700 it’s not the most affordable package around, but hopefully Mission’s sonic know-how will make it money well spent. 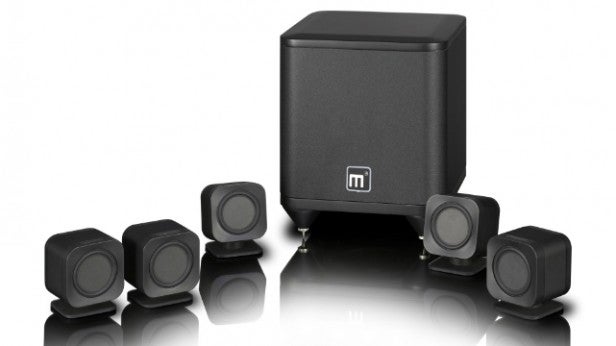 The five satellite speakers are identical, which is good news both aesthetically and acoustically. At just 90mm high these cute, curvy black cubes are small enough to fit in the palm of your hand. There’s an exposed BMR driver on the front and a discreet Mission logo on top. If black’s not your bag then you might want to hold off for the white version which launches in March. 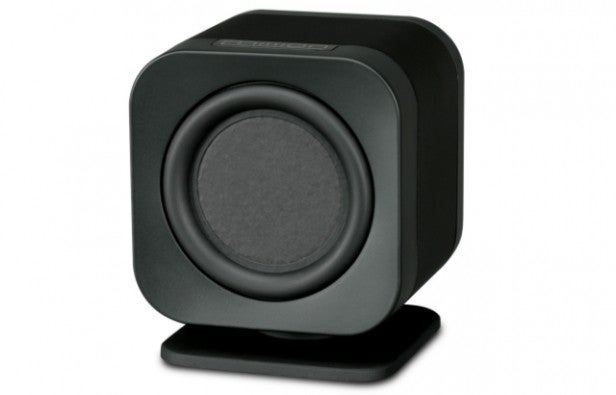 Build quality is of the highest order. The sealed die-cast aluminium cabinets are reassuringly solid and weighty, which is an encouraging sign in terms of performance. Also pleasing is the inclusion of robust metal binding posts on the back, as opposed to cheaper springclips you sometimes find on compact speakers. 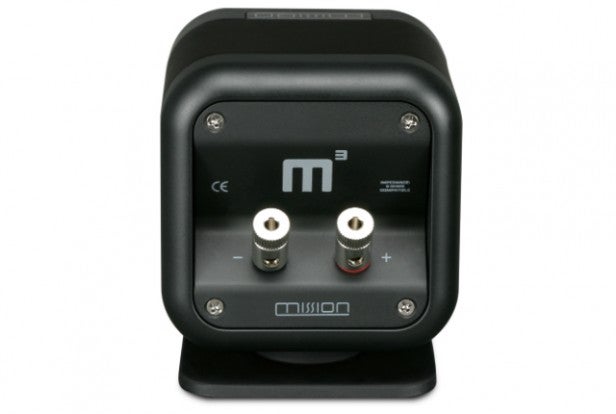 A table stand is fixed onto the bottom of each speaker, but if you’d rather mount them on the wall there are wall brackets in the box that can be tilted to the desired angle. Extra satellites can be purchased separately for £80 each if you want to create a 7.1 or Dolby Atmos system, for example. 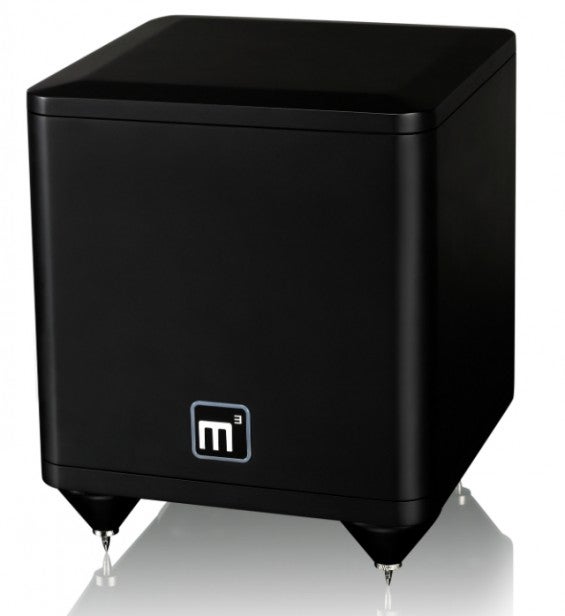 The subwoofer is built to a similarly high standard from 18mm-thick MDF and a lovely black matte finish, while the white light surrounding the front M3 logo is a classy touch. Its compact size (276mm high by 274mm wide) makes it easy to place in the living room, even if space is restricted. Screw-on spikes are supplied. 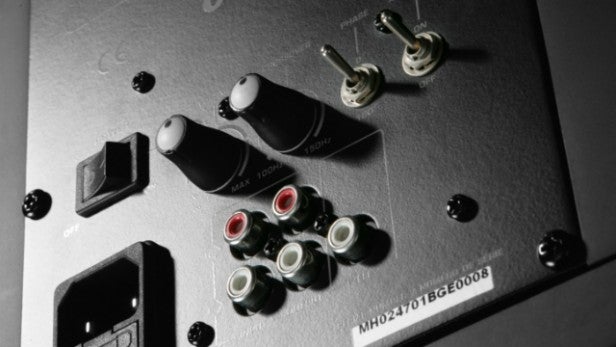 On the back are LFE and line-level inputs, line output and a wide range of controls that govern volume, crossover frequency and phase. Mission recommends setting the speaker size to ‘small’ on your AV receiver and setting the crossover to 120Hz for the best blend with the satellites.

The M3 satellites replace the NXT panels used by the M-Cube system with 3in Balanced Mode Radiator drivers. The main advantage is their 60-degree dispersion, ensuring that everyone in the room enjoys the same sound quality no matter where they sit. 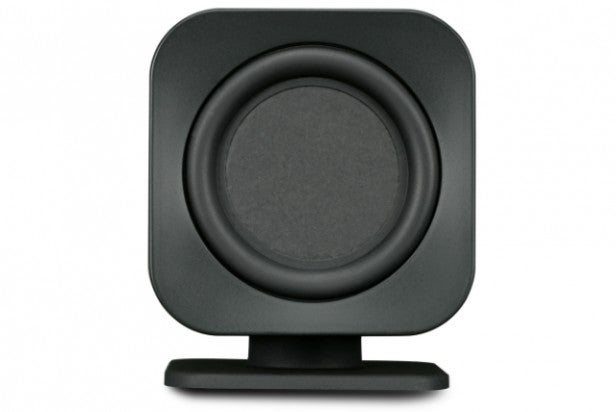 They can also handle a full-range signal (120Hz – 20kHz), unlike the NXT drivers which had to be connected to the subwoofer in order to receive a filtered signal.

They also don’t have to be angled towards the listener like conventional speakers and aren’t fussy about where they’re placed – you can stick them against the wall or in a corner and they’ll still sound as good. In fact they actually benefit from it, as the reflections from wall and nearby surfaces add to the power without causing colouration. 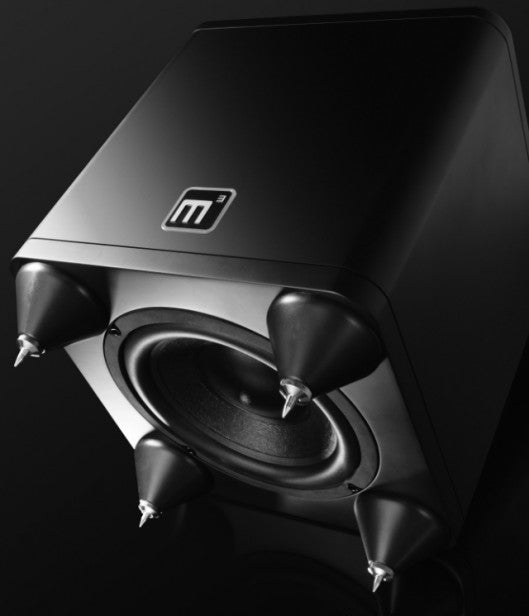 Meanwhile the subwoofer packs a down-firing 200mm long-throw bass driver, with a 200W Class D amplifier providing the power. Its EQ has been precision aligned to ensure accurate bass performance down to 30Hz.

Mission’s goal with the M3 system is to deliver a bigger, louder sound than you’d expect from speakers of this size and it succeeds in emphatic fashion.

We started by playing raucous action romp Edge of Tomorrow and the M3 defies the odds with a big, expansive soundstage, bags of power and impressive bass punch. 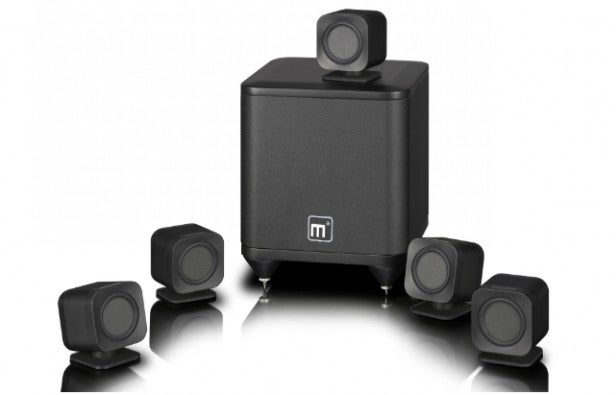 As Cage is dropped onto the beach to fight the Mimics, we’re bombarded by weighty explosions, chunky machine gun fire and thundering quadcopter engines, all underpinned by fulsome bass. It makes the action sound lively and involving.

Because there’s only a single driver and no crossover network, these speakers are easy to drive. Indeed, they managed to fill our test room with our receiver’s volume barely over half way, which is remarkable for speakers of this size.

There’s also terrific integration between the sats and sub. They lock together to create a tight, singular sound with a smooth balance across the frequency range. So when the quadcopter smashes into the ground, the combined midrange and bass make a big impact. 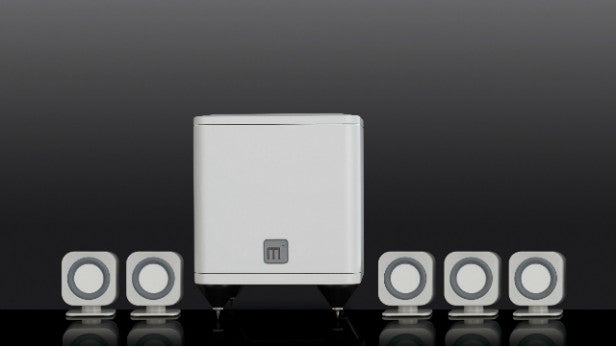 The M3’s use of identical speakers across the system means there are no shifts in tone as effects pass between channels. This tonal uniformity makes surround effects more convincing and keeps you immersed in the film. So as the beach battle rages, missiles fizz across the room smoothly and accurately while explosions and gunfire come at you from every direction.

The tone is easy and even-handed, refusing to strain or squawk when the going gets tough, even when you push the volume beyond a comfortable level. However, it seems as though Mission were so keen to avoid harshness that it sacrificed some of its bite, which means it’s not quite as exciting as it could have been – a little more vigour would have turned an impressive performance into an outstanding one.

There’s a healthy amount of detail too, such as the hissing and rustling as Mimics thrash about in the sand. But again we don’t think it sparkles in the same way as other compact systems like the Polk TL1600, which backs up its similarly room-filling sound with greater detail clarity and precision. This minor drawback ultimately denies the M3 top marks, but it doesn’t greatly detract from an otherwise impressive performance. 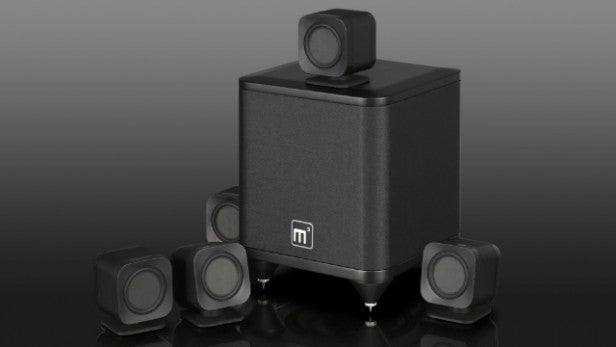 Should I buy the Mission M3?

If you’re after a 5.1 system that delivers a powerful sound without eating up lots of your living space then the M3 is a terrific purchase. The speakers are chic, well made and easy to install, and deliver a sound that belies their diminutive size.

It’s not the most dazzling performer in terms of detail, but makes up for it with a weighty, room-filling sound that you won’t believe is being generated by these dinky speakers – all thanks to those impressive BMR drivers and muscular sub.

Mission’s cute speaker cubes produce a wonderful room-filling sound while keeping clutter to a minimum, but detail lacks a little sparkle compared with other systems.