What is the Misfit Vapor?

The Misfit Vapor is the latest Wear OS smartwatch from Fossil. It aims to offer casual to mid-level fitness enthusiasts a dedicated tracker that can double as a fashionable smartwatch.

We’re not in unfamiliar territory here. A multitude of smartwatches have tried to pull off the same trick, including the Fitbit Blaze and Apple Watch.

Developments in Wear OS, coupled with a wealth of strap options and local music playback support go some way to make up for the Vapor’s lack of originality. If you’re an Android user hell bent on getting a smartwatch, the Misfit Vapor isn’t a terrible choice.

However, those looking to accurately monitor workouts, or improve run times, would be better off investing in a dedicated tracker from the likes of Garmin. 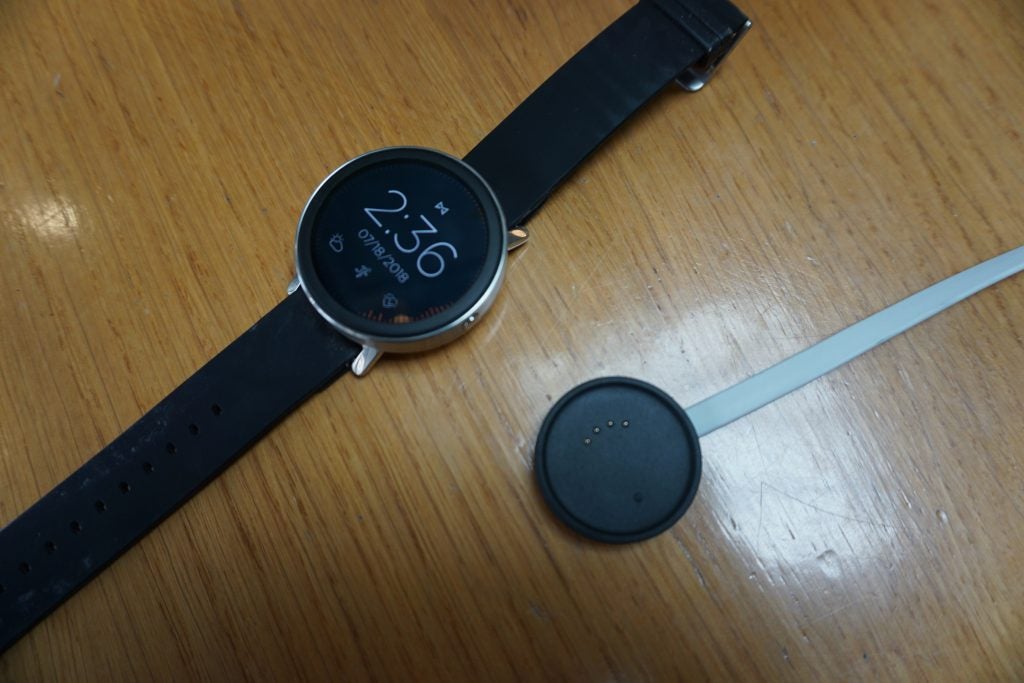 The Vapor isn’t a subtle device. The circular metal body is a hefty 13.5mm thick and has a sizable 44mm circumference. It’s certainly noticeable, regardless of which one of the multitude of different strap options you pick.

Even with the basic black rubber ‘Sport’ strap option, my review unit caught a lot of unwanted attention from friends and family, curious about the large metallic object around my wrist. The Vapor’s heft wasn’t all that helpful during sleep tracking, either. On more than one occasion I accidentally brained myself with the Vapor when trying to scratch an itch half asleep.

Thankfully, the Misfit Vapor ticks most of the right boxes when it comes to fit and functionality. The metal body may be chunky, but you soon become accustomed to the weight and it’s generally comfortable to wear. As you’d hope for with such weight, build quality is solid. The metal proved robust, escaping an accidental encounter with the side of a free weight unscathed.

The quoted water-resistance of up to 50 metres will meet all but hardcore divers’ needs. I didn’t get to test it a those depths, but having done multiple laps of the local pool, I can certainly attest to the Vapor’s water resistance.

In terms of usability, the Vapor performed well thanks to its 1.3-inch AMOLED display. The 326ppi density ensures everything on-screen looks sharp and maximum brightness levels are fine. The watch remains legible in everything but direct sunlight.

Touch commands work fine for the most part, and a single physical home key on the watch’s right edge makes it easy to navigate Wear OS’ menus. The 4GB of local storage means you can load up the device with music and listen to tunes without having to stream them from your phone.

The only downsides to the design are its use of a proprietary charger and lack of NFC or built-in GPS. Like most Wear smartwatches, the Vapor charges using a magnetised dock that attaches to the bottom of the watch’s body. The system works okay, but the fact it’s proprietary is still an annoyance and means you’ll have to remember to lug yet another cable around with you when travelling.

The lack of NFC means the Vapor won’t work with Android Pay, which is one of the few reasons to bother with a smartwatch in my opinion. Being able to pay for the Tube and groceries with my watch is a nice convenience.

The lack of built-in GPS is disappointing. It means you’ll have to pair the Vapor to your iPhone or Android handset and use its GPS for accurate distance and location tracking – two things that are likely to be key for runners and cyclists. To be honest, it feels like an odd omission considering the Vapor’s support for local music playback, which is another common request for runners. 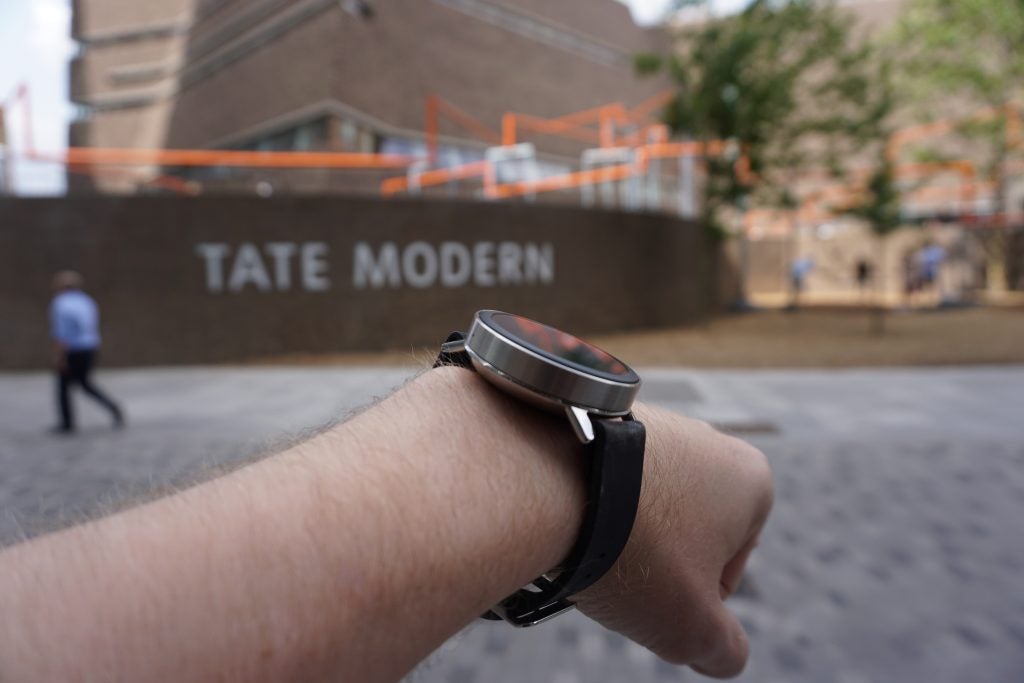 GPS aside, the Vapor has all the trimmings of a modern smartwatch and is a reasonably solid fitness tracker for beginners to mid-level amateur athletes.

Wear OS is a big step up on Google’s past efforts, and is the same version seen in competing smartwatches such as the TicWatch Pro.

As a result, setup is fairly easy – especially if you have an Android smartphone. Simply download the Wear OS app from the Play Store and follow a series of on-screen prompts to pair the Vapor with your phone.

From there you can pretty much customise the watch to your heart’s content. The OS gives offers a multitude of watch face options and more apps to download than you can shake a stick at.

The smartwatch functionality works fine. After setting app permissions to a level with which I was comfortable, notifications and local music playback worked a treat. The included microphone and speaker also let me take calls on the watch, when it was paired to my smartphone. The combo isn’t powerful enough to take calls on a busy street or a noisy office, but when you consider how daft folk look using the watch in public in this way, I can’t seen this being a huge issue. 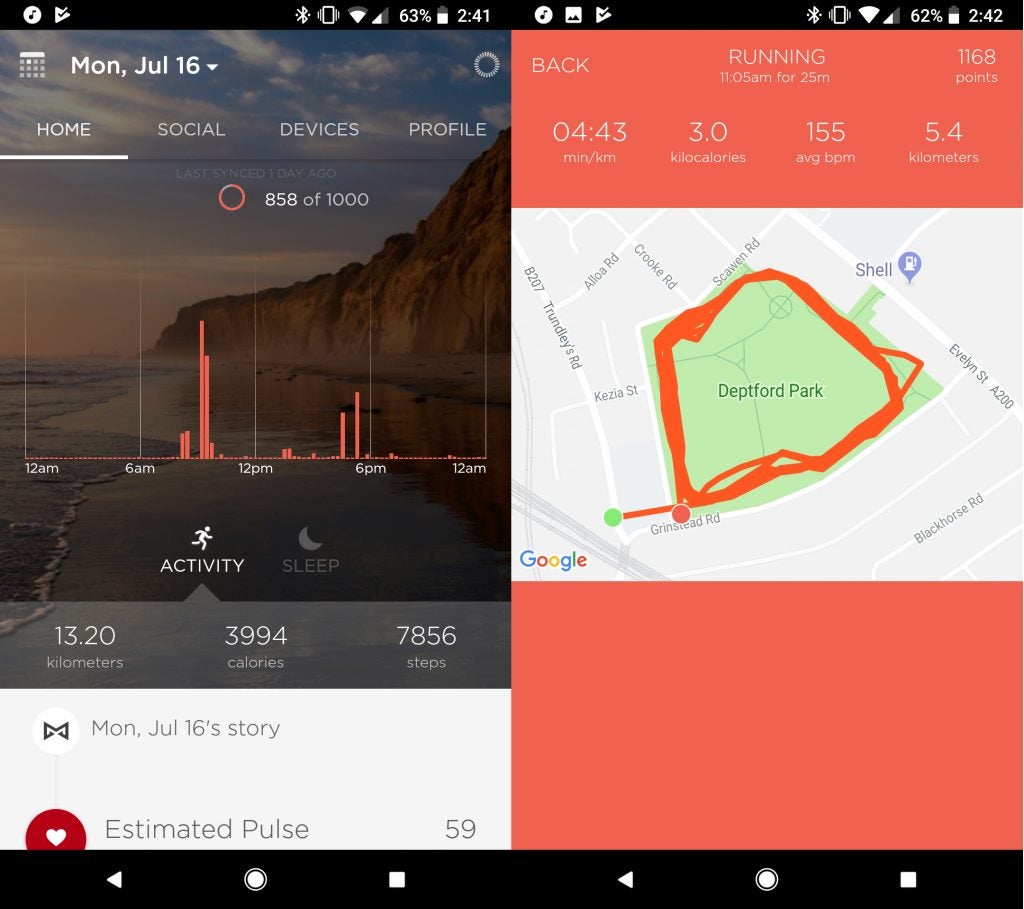 The more pressing issue is its underpowered Qualcomm Snapdragon Wear 2100 processor. The 2100 is showing its age and isn’t powerful enough to keep things running smoothly on a consistent basis. There was a notable pause when opening apps and the watch would stutter and stall multiple times a day.

This is particularly annoying when trying to perform tasks such as skipping a track mid-workout. Numerous times at the gym I’ve ended up swearing at the Vapor as it refuses to skip to the next track on my playlist.

Tracking is reasonably good, however. Google’s OS means the Vapor works with pretty much every fitness app under the sun, including Strava. By default it will use Misfit’s own, however. Misfit’s app doesn’t offer the granular data you get with a Garmin device, and you won’t be able to see VO2 max estimates or intensity minutes. You get basic data, such as distance travelled and average speed.

The only form of coaching is points-based, where you’re tasked to earn a certain number each day by walking or exercising. It’s also limited to basic cycling, swimming, walking, hiking and running options, which won’t be much use to people who just want a way to monitor regular gym sessions.

The lack of built-in GPS means location and distance accuracy is largely determined by the smartphone you use. Nevertheless, the data I collected pairing it with the Pixel 2 was usable. Running on a course I know is roughly 5.3km long, the Vapor’s reading was never more than 10-20 metres off. The step count was also fine and never more than 20-30 out from the Garmin Vivosport I tested it against.

My only minor quibble is with heart rate tracking. The optical heart rate sensor works well enough, but it needs to be manually activated when the Vapor isn’t in exercise mode. To get an accurate heart rate reading when you’re not exercising, you have to manually instruct the watch to measure your BPM. The process is easy enough to activate, but it takes a good 30 seconds to get a reading. From there the Vapor will throw up estimates of your BPM based on the data it collects throughout the day.

This is fine for casual users, but for more serious athletes – where resting heart rate is an important metric – this is a key issue. This is especially true since the Vapor’s estimates can be very hit and miss. On more than one occasion my resting heart rate has been that of a zombie. 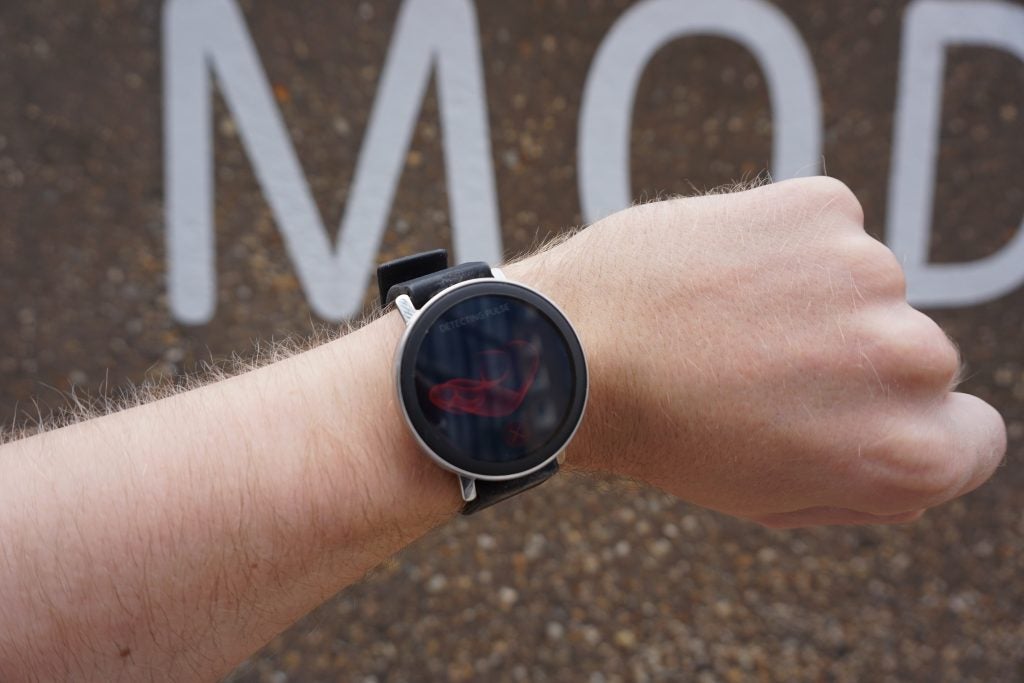 Battery life is another key area that the Vapor – and smartwatches in general – struggles. Misfit’s quoted “all day” battery life is just about accurate, if you don’t use the fitness-tracking features or listen to lots of music on it. But for the most part, the watch will need to be charged overnight for a full day’s use with a workout out the following day.

Note that GPS and heart rate tracking puts a much bigger drain on the battery. It wasn’t unusual for the watch to lose over 25% of its charge during a 10km run.

Charge times aren’t the worst I’ve seen. In general, the watch will go from zero to 100% in around one-to-two hours. 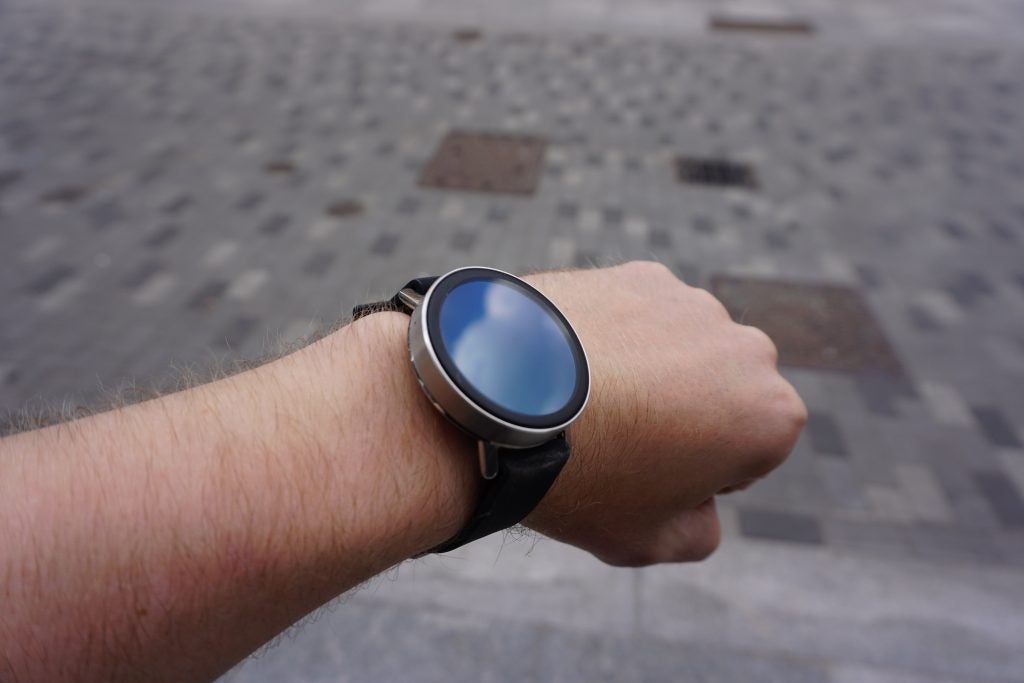 Why buy the Misfit Vapor?

If you’re in the market for a smartwatch then there are worse choices than the Misifit Vapor. Despite being a chunky-monkey timepiece, it offers solid smartwatch functionality, reasonable fitness tracking and rugged build quality.

The only downsides are its lacklustre battery life and lack of NFC, which will be an annoyance for Android Pay users.

A by-the-numbers smartwatch with fitness tracking.