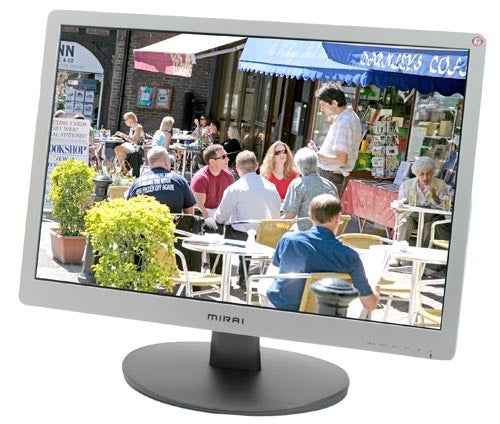 The screen I have in front of me adds to this confusion by offering up a resolution of 1,680 x 1,050 but on a 22in display. Not only that, but it does so at a record price. Despite having two inches on the likes of the Samsung SyncMaster 205BW, it’s actually slightly cheaper. As we received this monitor very early this is actually the RRP – the online price is likely to be even more competitive, making this screen truly bargain-tastic. It actually won’t be available in the UK until the end of September, so look out for it then.


If you’ve not heard of Mirai it’s because it’s a brand that not been around very long, but it’s not the first time we’ve seen it pull off this bargain price trick. In our TV section you’ll find a review of a Mirai 27in LCD TV at an amazing £520, which managed to turn in a respectable picture quality performance despite its bargain basement price. Can Mirai do the same with this monitor?

Having not heard of Mirai before I saw this monitor I wasn’t expecting much in terms of design aesthetics and I was pleasantly surprised by its appearance. The 22in display is set inside a silver bezel that’s quite easy on the eyes. The bezel is quite thin at the sides and the icons over the OSD buttons are smartly presented. There’s a small discreet yellow light next to these and a small TCO99 sticker at the top right. For me, the look of the display is only spoilt by the Mirai logo itself, which uses an unattractive type face – but that’s just my opinion.


Some evidence of cost cutting is apparent in the simple circular black stand. The plastic is cheap looking but it’s not offensive. Naturally at this price, there’s no height adjustment whatsoever, but you can tilt the screen from leaning very slightly down to slightly back. If you wanted to turn the monitor to show something off then you need to move the whole thing.

As I moved the display round to look at the rear I noticed how thin the actual display is – about half the thickness of a Dell 2507 24in display. This is a large part due to the limited connectivity options, which means less electronics at the back. There’s simply a DVI connection, a VGA and an audio input for the built in speakers. These are actually hidden from view and point downwards, which is more discreet as speakers often look poor. How this affects sound quality, I’ll get onto later. The kettle lead power connector, plugs straight into the rear of the display so there’s no large power brick to accommodate.


The specifications are reasonable. The number of display colours listed is 16.7million, which indicates that this is a full 8-bit panel. Even so the refresh rate is given at a very reasonable 5ms, though I presume that this is a grey-to-grey figure, though it’s not stated in the manual.

The viewing angle is listed at 170 degrees on the horizontal plane but that’s stretching things a little and there’s a very noticeable colour shift in the vertical plane when you stand up.


There are five OSD buttons with direct access to brightness and contrast. One of the buttons is labelled Turbo and switches between modes with the options being, Picture Mode, Text mode and Economy. The OSD was a classic example of one that is confusing and hard to use, but the options are so limited that you won’t need to acess it much. You’ll find the best settings and just leave it at that.


Picture mode is the brightest, but still wasn’t that bright overall. This mode also pushed up the contrast too high, which actually caused all the lines in Excel and Outlook to disappear completely. Lowering the contrast and boosting the brightness control gave the best balance. Even so, one thing that was consistent was the lack of vivid colours, which appeared relatively dull and ‘under’ saturated. Running a twin monitor setup with the Mirai and a Dell 2407 and moving images and web pages across both screens showed a marked difference. The Dell is not one of the best displays I’ve used for colour accuracy but it was noticeably better than the Mirai. Skin tones has very little life to them and were pale and lacking in detail. This isn’t a display for photo editing, by any stretch of the imagination. 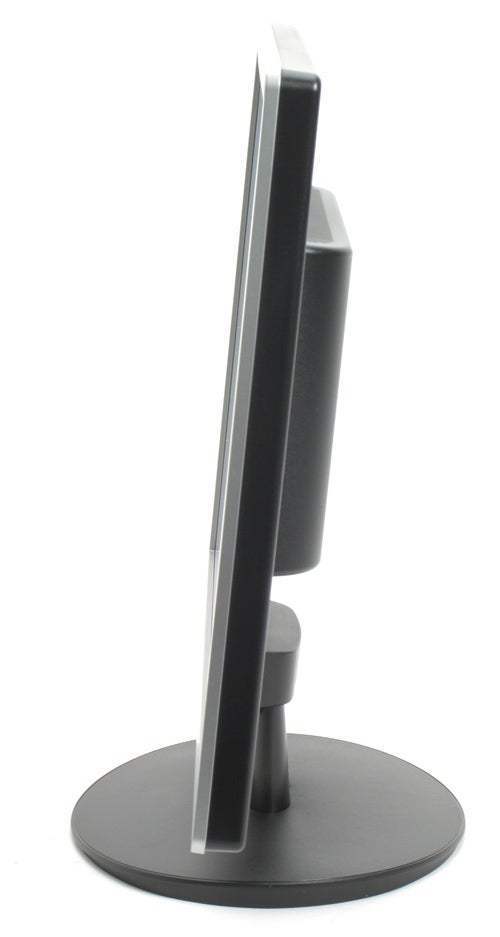 Playing games and watching video on the Mirai, these failings were less of an issue. If anything, what stood out was the smoothness of the images – a benefit of the low refresh rate. However, in video, the darker areas of the picture did suffer from a lack of detail. The black spaces seemed more like holes in the screen than part of the action.

When playing in the dark, there was also some noticeable backlight bleed, which might put the fussier player off.


The DisplayMate tests reflected the real world testing. The fade to black on the 256 level intensity ramp was quite uneven, particularly on the reds.


The final test was of the integrated speakers, which are placed on the underneath of the bezel and point downwards. Quite simply, these are the worst speakers I’ve ever heard. The power output is so low that even when blasting music at full volume, it was barely audible. I thought they might be ok for basic Windows noises but I could barely hear when I received an instant message ping. If there was a pin dropping in the room, you wouldn’t be able to hear them at all. The speakers are nothing short of pathetic and Mirai would be better off removing them to reduce costs.


This was a shame, as this tainted my opinion of what is really a very decent display. It’s a far cry from the quality of the superb Samsung 215TW, but then that display is nearly twice the price and one inch smaller. The Samsung SyncMaster 205BW is another alternative and is a better overall display, but it is two inches smaller and when all is said and done, it does count for a lot. 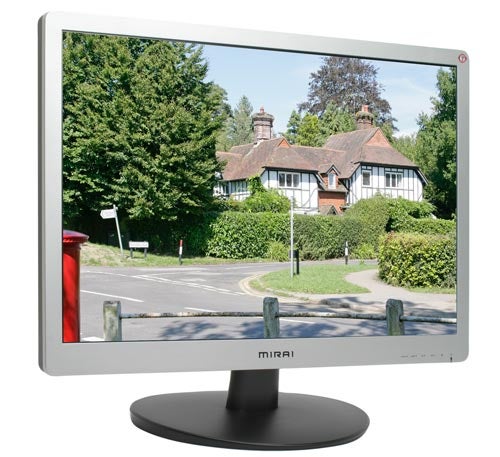 I found that the 1,680 x 1,050 resolution felt very comfortable on the 22in display and it was fine to use with email and web browsing. It may not be perfect overall, particularly in terms of colour saturation, but if you’re looking for a big display for every day use and some gaming and have a budget, you won’t be disappointed.


The Mirai DML-522W100 is a new category of display – a 22in widescreen with a 1,680 x 1,050 that’s blatantly aimed at those who want to go large on a budget. It admittedly has its flaws, but one could hardly expect perfection at the given price, which is likely to be even lower in the street. The 22in Mirai is eminently affordable and highly watchable and likely to fly off the shelves.


N.B. Monitor is only available from late September 2006.