The MiVue 792 WIFI Pro is the new flagship dash cam from Mio. With new dash cam camera manufacturers appearing out of the woodwork on an almost weekly basis, it’s comforting to see a brand with a lengthy pedigree in the car tech market still producing competitive products. However, with a near-£175 street price, where many newcomers cost below £100, is the MiVue 792 WIFI Pro worth the premium?

The core specification looks promising. The MiVue 792 WIFI Pro uses a premium Sony STARVIS CMOS, which has a great reputation for image quality and low-light capability. The CMOS in question is the IMX291, which is a ‘Type 1/2.8’ sensor (effectively 1/2.8-inch diagonal) with an effective 2.13-megapixels, and so is aimed at recording Full HD (1,920 x 1,080) and no more.

However, the MiVue 792 WIFI Pro can capture this resolution at 60fps, although 30fps is the default. The data rate is 20Mbits/sec for the higher frame rate, but it drops to only 17Mbits/sec for the lower one. As such, the latter will theoretically provide better quality since less aggressive compression will be used with each frame. 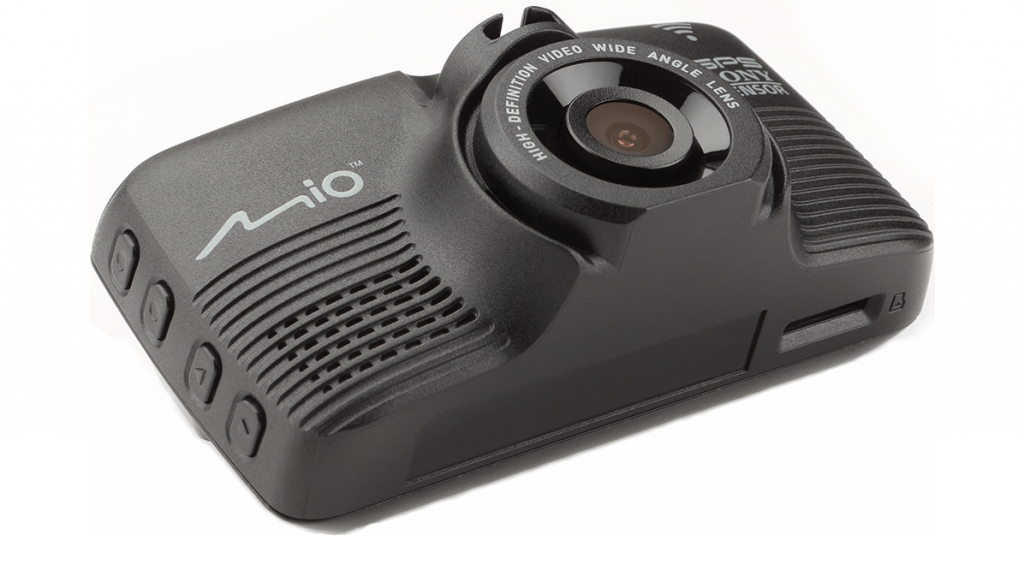 The usual microSD card is used for recording. An 8GB module will be sufficient for a little over 50 minutes at 60fps and a bit more than an hour at 30fps. But, as with all dash cams, looping allows the device to overwrite the oldest files once the media is full. By default, recordings are split into three-minute segments to enable this. 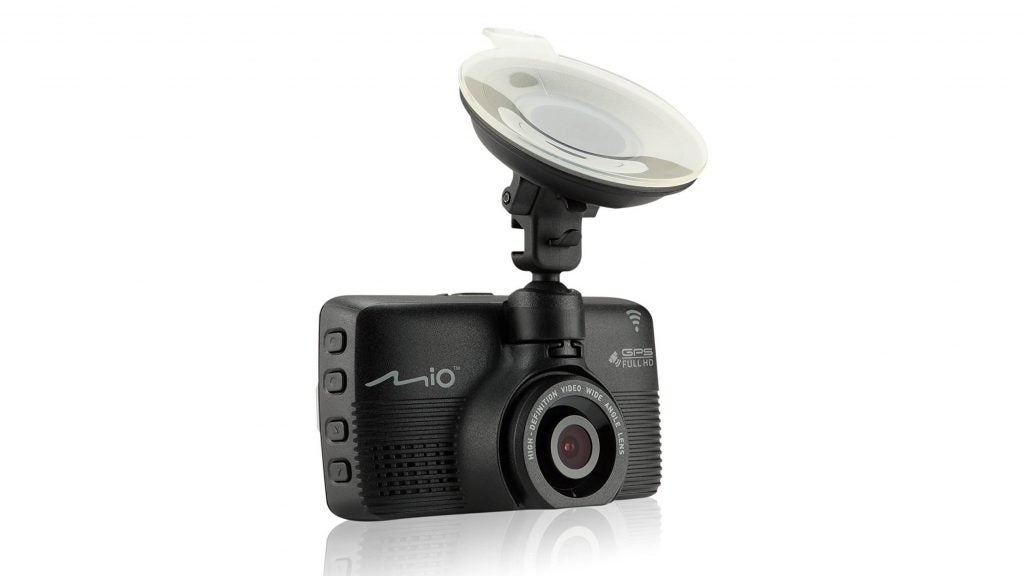 The MiVue 792 WIFI Pro comes with a standard mounting kit. There’s a suction attachment for your windscreen, which has a reasonably large pad and provides a firm connection. The power cable uses a mini-USB plug for the dash cam, but has a captured cigarette lighter adapter at the other end. As such, it will be hard to use alongside a satnav. The cable is very long, but there aren’t any fixings included to secure around the edge of your windscreen, which is a disappointingt.

There’s a 2.7-inch screen on the rear of the MiVue 792 WIFI for previewing video and menu display. Four buttons on the right operate the menu, and context-sensitive icons tell you clearly what these buttons do at each stage in the menu. It’s a relatively convenient system.

There are quite a lot of entries in the menu, although the order of these is a little unintuitive. Alongside the ability to toggle sound recording on the first menu page, you’ll find control over the Tyre Pressure Monitoring System (TPMS), which requires the Mio TPMS MiTIRE T25 valve nuts to go on your tyres. These don’t appear to be readily available in the UK, which is a shame, because this is a great add-on for cars that don’t have tyre pressure sensors built in. I’ve tested similar standalone kits that work extremely well. 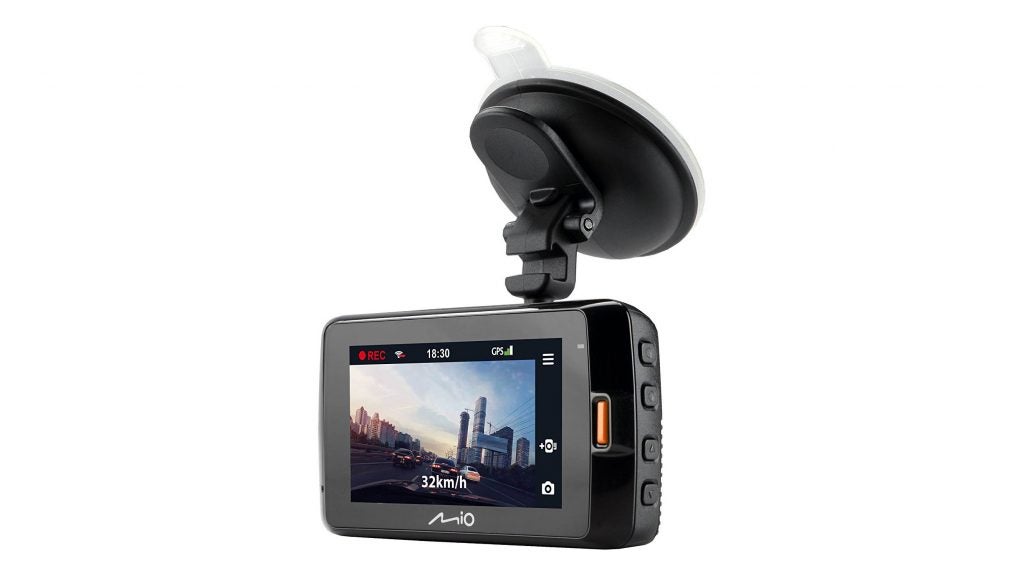 The next menu page contains features you can use out of the box without additional accessories. The Driving Safety section includes lane departure and forward collision warnings, a headlight reminder to tell you to turn on your lights when it’s dark, and a driver fatigue alert that can fire up at two, three or four-hour intervals.

The MiVue 792 WIFI Pro has a built-in GPS, so records your location along with video. But the GPS provides another feature: safety camera warnings. The database isn’t installed by default, however. You need to download it from Mio’s website, and the download location isn’t made tremendously clear, although all you need to do is copy the database to the root of the memory card and you should be in business across a range of European countries.

There’s a parking mode, but this requires the permanent Smart Box Cable power kit, since the device has a very limited battery life of its own. The parking mode event detection can be triggered by either visible motion, the G-sensor, or both. These two options have separate sensitivity settings with three levels. This is a useful feature to keep an eye on things when your car is parked, but you’ll probably need to enlist professional help to install the power kit.

You’re not going to win any prizes for guessing that the MiVue 792 WIFI Pro has built-in Wi-Fi – the clue is in the name. This isn’t a particularly unusual feature for a dash cam these days You can download the MiVue Pro app for iOS and Android, connect your phone to the dash cam’s Wi-Fi, then use the app to control recording and download files. 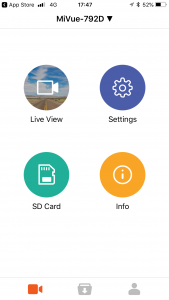 There aren’t many more features than this, however. You can’t configure the full range of menu settings, although there’s an additional one available – control over exposure with seven levels between -1 and +1 EV. You can also switch the frequency between 50 and 60Hz to reduce flicker from AC-powered light sources, depending on where you are. Apart from that, you can preview what the camera is seeing and trigger recording.

Alongside the aforementioned TPMS sensors that don’t appear to be available in the UK, the MiVue 792 WIFI Pro is compatible with the MiVue A20 and A30 Rear Cams, which you can purchase. These also record at Full HD, but I wasn’t sent either for testing, so can’t comment on the quality of their video.

Of course, your primary reason for buying a dash cam is the video. Since it only records Full HD, the MiVue 792 WIFI Pro can’t boast the detail of some the dash cams I’ve tested with 2.5K or 4K, such as the Nextbase 612GW. But image quality is still decent.

The footage displays excellent colour balance, although there are signs of compression softening, so even the Full HD detail isn’t perfect. You can pick out text if you pause footage in the right place, but I’ve definitely seen clearer dash cam video elsewhere.

The night-time footage does live up to expectations for the sensor, however, with good performance in low light. 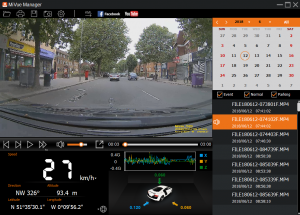 Mio also provides a MiVue Manager software for viewing recordings along with G-sensor, speed and location information. The information pane can be switched to a Google Maps view of the route showing the current location of the video playing above.

The software also allows you to export your route as a KML file, or send the footage directly to YouTube or Facebook. There’s also a useful Print function that grabs the current frame and location information, which could prove handy as evidence of an incident.

Although the Mio MiVue 792 WIFI Pro doesn’t boast a particularly high recording resolution by today’s standards, it does provide better performance at Full HD than most. It also includes plenty of additional dash cam features,and has the build quality you’d expect from an established brand such as Mio. The desktop software is also very polished.

However, this is a pricey dash cam, when you can get Full HD dash cams for well under £100 and higher resolutions for less than the MiVue 792 WIFI Pro, such as the Halfords HDC400.

In the Mio MiVue 792 WIFI Pro you’re getting a dependable dash cam for your money, which is packed with features – particularly if you add the rear-view camera and tyre pressure monitoring (assuming you find somewhere to buy the kit). It’s just a shame then that you’ll have to pay over £170 for the main unit.

The Mio MiVue 792 WIFI Pro is packed with dash cam features, but it’s pricey for a Full HD model.