What is the Mio Fuse?

The Mio Fuse is a fitness-tracking wristband where heart-rate monitoring is the headline feature. It’s a near identical setup to the Adidas Mi Fit Smart band, which uses the same Mio optical heart rate sensor, but you also get daily activity tracking similar to that offered with a Fitbit or a Jawbone tracker.

At £130, it’s £10 cheaper than the Fit Smart and £10 more expensive than the Fitbit Charge HR so it’s competitively priced with its closest rivals. With a greater emphasis on heart-rate based training and great third-party app support, the Fuse delivers on its accurate data promise but is let down by the way it’s been packaged. 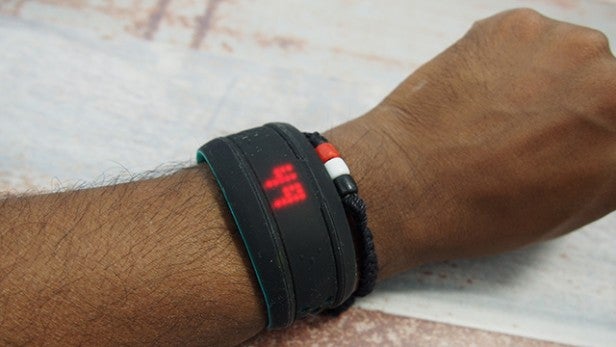 If you like your wrist-based tracking to be done discreetly, then the Fuse doesn’t really fit the bill. Taking design cues from traditional sports watches, it’s a rugged, silicone-rubber band with a watch-style clasp. It’s big in comparison to the Fitbit Charge HR (image below), which also packs in an optical heart-rate sensor.

One thing the Fuse does have over its tracking rivals is that it’s water resistant to 30 metres, so you can hit the swimming pool and still monitor your heart rate. The matte black and aqua coloured model we tested was for regular-sized wrists measuring 149-179mm but there’s a larger Crimson version which accommodates wrist sizes from 156-208mm. It does sit securely around the wrist and, weighing in at less than 40g, it’s not bulky or heavy. That doesn’t mean it’s entirely free from design issues, though. 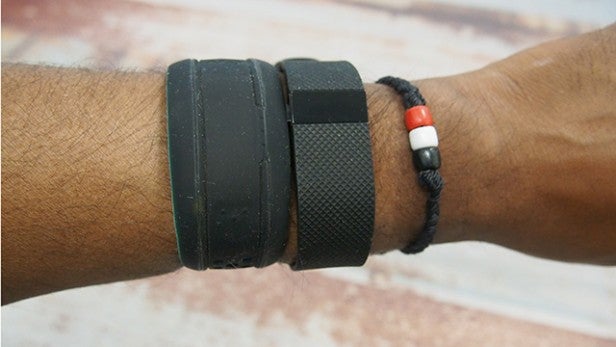 The two-pin clasp that secures the Fuse on your wrist has a tendency to pop out of the strap. Fortunately, this is a two-part mechanism so it doesn’t fall off, but that’s not to say it might not happen. A more worrying issue is the horrible imprint it leaves on your wrist after wearing it all day. There’s not a lot of air getting in between the strap and your wrist.

To view progress, there’s a sizeable vertical red LED display that’s easy to view at night and at day. On either side of display you’ll find three small dots creating a touch sensitive surface to navigate through on-screen data. Just above the display is another touch sensitive surface, which is used to activate the heart rate tracking as well as pause and resume training sessions.

It’s a unique way to interact with the display, but fundamentally a flawed one. At times those surfaces are too sensitive, and other times completely unresponsive. When you’re out running and need to make a quick check on performance, it’s difficult to make the necessary contact and it’s all too easy to accidentally pause the session. 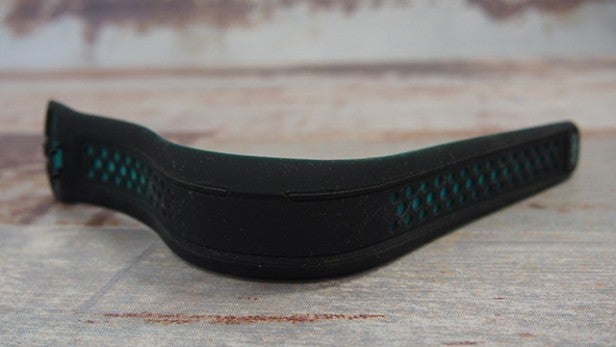 Taking care of motion tracking is a 3-axis accelerometer, while on the inside of the strap you’ll find the Mio heart rate sensor. It’s an optical sensor so uses green lights which flash against the skin to detect blood volume and convert that into a BPM (beats per minute) reading. There’s been much scrutiny of the accuracy of optical heart rate monitors, especially with Samsung’s smartwatches and activity trackers. Our experiences with other Mio-based fitness devices such as the TomTom Runner Cardio and Adidas Mi Coach Fit Smart however, have all been largely positive.

Where the Fuse doesn’t disappoint is compatibility, letting you use it with existing GPS watches and bike watches such as the Garmin Forerunner range and the Suunto Ambit. There’s additional support for ANT devices and while that does mean having to wear two things on your wrist, it’s nice to have the option.

The Mio Go app is available as a free download for iOS or Android phones, but thanks to the third-party app support you can also use it with the likes of Runkeeper and Strava. That’s a good thing in our book, because the Mio app is a bit clunky.

Despite the fact the Fuse has offline memory capacity for 2 weeks of daily data or 30 hours of workout data, you can’t view that workout history on the display. That means your phone is vital for reviewing data in more depth.

At first glance, it looks like a pretty basic app. Workout totals are presented at the top where you can swipe through to see combined distance, time totals and something called Freq Zone Time. This indicates the time spent in the most frequent heart rate workout zones.

Below is your workout history, which combines daily activity data with workout sessions in a long feed. When you expand those activities, you can see a breakdown of average heart rate, time, distance and your most frequent heart-rate zone. 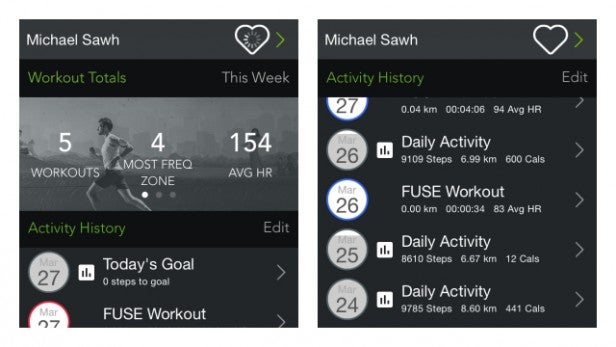 Below that is a summary of average and maximum heart rate, speed and pace with a graph indicating heart-rate activity during the workout session. It’s information that’s nice and easy to glance at, giving you a quick indication of progress.

The heart icon back on the main page will take you into the device settings, here you’ll see a breakdown of Known Devices and Discovered Devices. Syncing the Fuse is a little temperamental and often lists the same device several times even if you’ve already synced it previously.

Mio could do more to make elements of the app more user-friendly, especially for the workout history where plotting sessions on a calendar would go some way to help navigate the data. 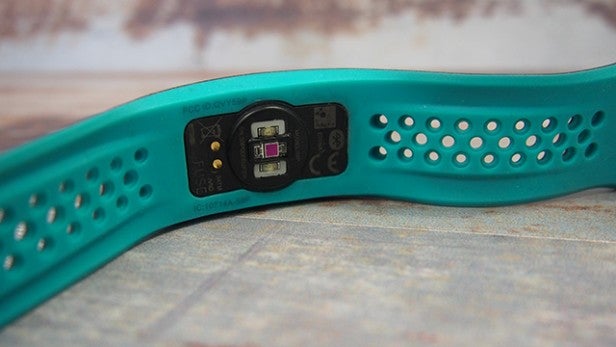 For daily activity tracking, the Fuse is on par with the likes of the Jawbone UP 24 and the Fitbit Charge HR. That means you still get a very casual approach to counting steps or distance covered but it doesn’t dramatically over- or under-count a day’s use. However serious runners will still want to stick to a watch with GPS on board.

Where it doesn’t let you down is heart-rate monitoring. Putting it up against the Polar H7 heart-rate monitor chest strap, resting and continuous heart rate was accurate and there were no issues with drop-out. The vibrating alerts let you know when you are jumping in and out of heart rate zones, although it can prove to be a nuisance when you want to quickly switch displays and check on the time or distance covered. As we’ve already mentioned, the real shame is the issue with the controls which makes it so difficult to review performance in real time. 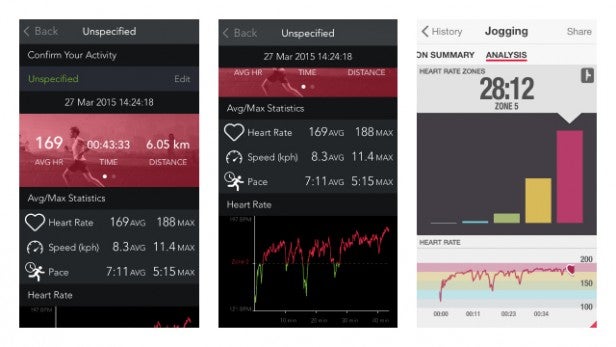 For battery life, Mio claims 6-7 days of use and while it lives up to that claim, I’m sure it would be longer if the display wasn’t so easy to turn on when you don’t want to use it. At least with the Mi Coach Fit Smart, its display times out and its lack of touch-sensitive surfaces means it won’t accidentally switch itself on, either.

For charging, there’s a proprietary docking cradle, which is similar to the one used on the Fit Smart. The two charging pins magnetically secure the Fuse into the cradle, however it’s all too easy to knock out of place as we found in our time using it. Fortunately, it’s a quick charger, so you won’t have to wait long to put it back on and get back in the gym. 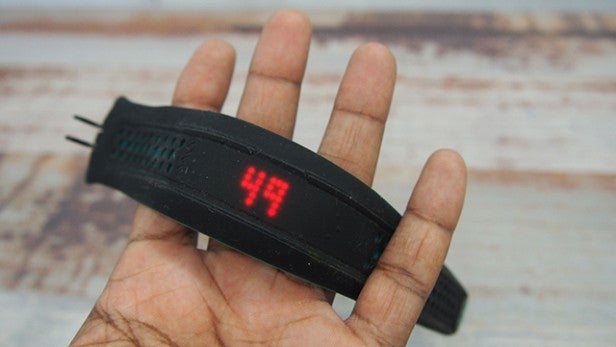 Should I buy the Mio Fuse?

If you want to use the Fuse primarily as an activity tracker, then there are better options out there for accuracy and giving you more of a motivational push to make improvements.

If your biggest concern is measuring heart rate without the chest strap, then this is one of the best for accuracy. The extensive third party app support means you’re not stuck with the slightly clunky Mio Go app.

£130 is a lot to pay for a heart-rate monitor though, especially when you can pay £120 for the TomTom Runner GPS watch with a heart monitor chest strap right now.

We consider the Adidas Mi Coach Fit Smart a better option. It looks better, is easy to use, has access to one of the best fitness companion apps and uses the same Mio heart rate sensor technology.

The Mio Fuse is one of the most accurate ways to monitor heart rate from the wrist, but the awkward controls and bulky design means there are better options available.