Now that the market for standalone sat-navs seems to have reached a level of saturation, and smartphones are putting up some serious competition, GPS makers are branching out. Although Garmin has been doing sports GPS devices for years, Mio is a relative newcomer, having entered the market with the Cyclo 300 series in May 2012. The Cyclo 100 series is the next member of this new range aimed at cyclists, and the 105 HC is the top product in the series, alongside the 100, 105, and 105 H. 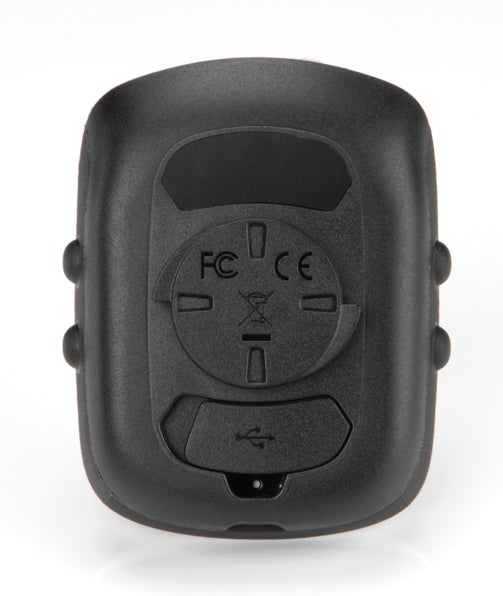 The differences between the various models revolve primarily around the bundled extras. The basic 100 unit is a cycling computer, without the navigational features of the 300 series. So you can’t use any of the 100 series as a stand-in sat-nav. But you can still download your workouts via USB and view them online using the Mio Share desktop application. The 105 model adds a wireless ANT connection for hooking up peripherals, and the other two models bundle these peripherals. The 105 H comes with the heart-rate monitor, whilst the 105 HC we were testing includes a cadence and wheel sensor as well.

The basic 100 series unit is a tidy little device not much larger than a box of matches, finished mostly in black plastic with a white bezel. This unit is IPX7 certified, meaning it is waterproof to an immersion depth of 1m, but has no specific tolerance to dust ingress or being dropped. You attach this device at a convenient spot your handlebars using a mount that straps on using a couple of sturdy plastic cable ties, which won’t be ideal if you want to use the Cyclo with multiple bikes, as they aren’t designed to be easily removed. The mount is intended to remain on your bike whilst the device can be docked and undocked as required, although you could install multiple mounts on different bikes. 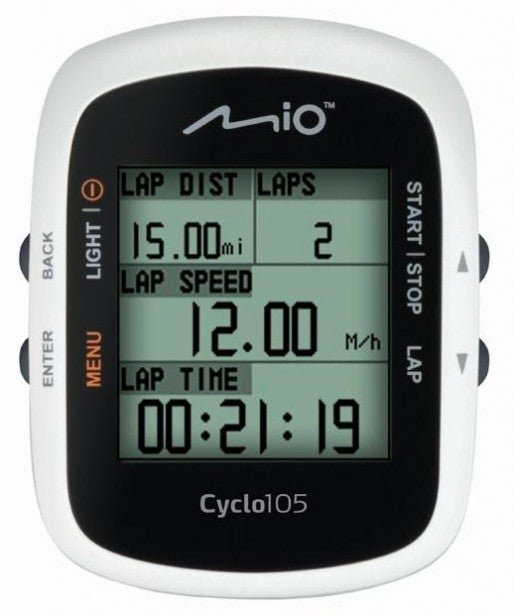 The screen is a monochrome LCD, which can be backlit at the press of a button. Entering the setup information when you first turn the device on is rather laborious, as you have to enter your age, weight, height, and information about the bicycle you are using, including its type, wheel size and weight. The information has to be added by scrolling through character lists, and the text is a little small and hard to see. But you only have to do this once, then operation is a lot simpler. The Cyclo essentially works like a sophisticated GPS-enabled stopwatch, so will record your changing location as well as providing a timer with lap marker control. There are auto lap and auto pause options available in the settings, too, so the Cyclo will automatically mark laps for you and pause the timer if it detects you aren’t moving for a period of time, for example when stationary at a traffic light.

In Dashboard mode, many different screens of information are available. The first shows current speed, distance travelled and time taken. A second provides time, heart rate and altitude, a third calories, lap time, speed and slope, and a fourth various lap statistics. There are also clock and compass screens, but the latter appeared to require motion to read correctly, so isn’t a full digital compass as found on an iPhone. The Cyclo has a built-in barometer, too, although we couldn’t find a way to show its readings on the device itself. 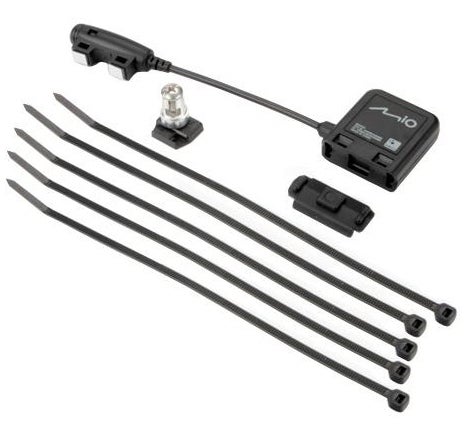 Bring the heart-rate monitor and cadence sensor supplied with the HC version into the equation, however, and you do get a lot more information. The heart-rate monitor is a strap with a sensor in the middle that you position across your chest, and then pair with the Cyclo. The cadence sensor is a complicated multi-part setup. The wheel and pedal portions are connected by a wire, and have to be positioned on the nearest frame crossbar that will place them next to the wheel and pedal they will be monitoring. You then have to attach the devices these sensors detect to the pedal and wheel so they pass close enough to the sensors to be detected.

This all seems rather complicated, fiddly and potentially prone to failure. However, the pieces attached to the wheel spoke and pedal are essentially just magnets, so relatively cheap to replace if they did fall off. You need to take more care with the sensor, and ensure the two portions of this are very securely attached to the bike frame using the supplied cable ties. A replacement would set you back around £40, so this is something you wouldn’t want to lose or damage. We didn’t have problems with this during testing, but vigorous off-road mountain biking could dislodge the cadence and wheel sensor and its supplementary bits, and they hit a foot, pedal or wheel they probably wouldn’t survive the experience.

Once you have a training session stored on the Cyclo, it’s time to upload it for analysis. Mio doesn’t supply the Mio Share software in the box, and this isn’t covered in the Quick Start Guide. Instead, another small booklet hides the necessarily URL for download alongside a request to register your product. Following this URL then leads you through a Web-based installation. Once this is set up, you can then download your workouts to the site and view your training routes on a map, then drill down to find out more information about how your performance varied across the session. 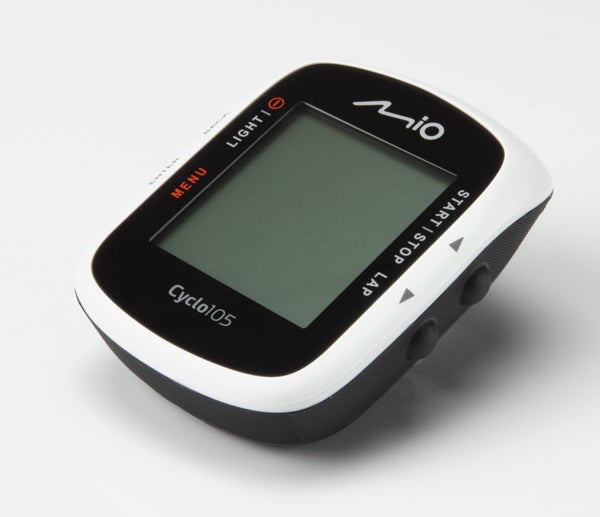 In use, we found the Cyclo paired with its accessories reliably and picked up information well as we travelled, although we didn’t punish it with excessively rough terrain or test the GPS lock with heavy tree cover. The heart rate monitor proved particularly effective, giving useful information about the effort we were putting in and telling us how this fitted in with the norm for our agegroup. Having all this data to look at is rather addictive, if you like this kind of thing, and gives you a numerical benchmark that you can strive to beat each time you ride.

Mio’s products are usually well into the value territory, and the Cyclo 105 HC undercuts direct competitors such as Garmin’s Edge 500 heart rate and cadence bundle, although only by £20 or so. There’s a wealth of information available from the GPS, heart-rate monitor and cadence sensor, which a serious cyclist could put to good use to help improve their performance. The bike fixings aren’t really designed for easy detachment and use on a second cycle, which is a downside for very serious cyclists, so a second set of fixings would be necessary, and we have our worries about the durability of the cadence sensor attachment. But overall this is a feature-packed bike training GPS for a reasonable price.