Available now on PS4, Xbox One, PC, iOS and Android

While it was pretty astonishing that we got a Minecraft-inspired Telltale experience to begin with, here we are in 2017 and the developer has unleashed the first episode in a second season entitled Hero In Residence. The concept itself remains as strange as it did when it was first announced, but by that same token, the franchise is still oddly entertaining and filled with personality.

The most enjoyable aspect of Minecraft: Story Mode is that it’s clearly aimed at a younger audience. This does mean adults may struggle to get into it – as you’d assume – but if you’re a Telltale connoisseur then this feels like a well-earned vacation. All the usual tropes from the studio are apparent, of course, so you’ll be making decisions and weaving your way through a somewhat unique plot. However, the ramifications are so light and what you’re asked to do so fluffy that you can’t help but have fun with it. 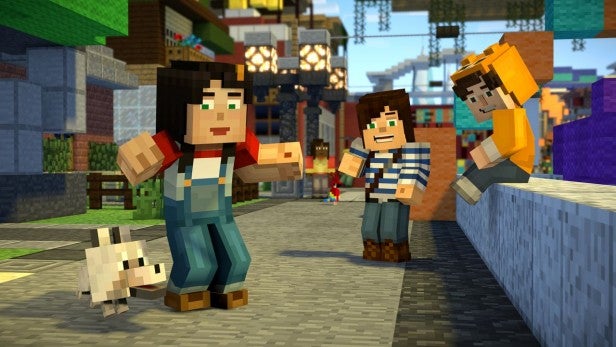 Kicking off more or less directly after the end of season 1, where returning hero Jesse and friends have defeated the Wither Storm, you’re tasked with getting back to normal. Or, at least, as normal as being a giant block-faced person can be. Naturally, this doesn’t last long when a new threat emerges in the form of a neighbouring town known as Champion City with its leader Stella.

The plot never becomes too out of hand or overly complicated in the way of Batman: A Telltale Series, but this is the reason it’s so easy to play. It’s nonsense, at the end of the day, balanced out by some bizarre characters and ridiculous sub-plots that ensure the pace never lets up. It’s quite clear the developer understands its audience here and that having even an ounce of downtime probably isn’t what they’re looking for.

This doesn’t mean it goes overboard or bombards you with too much, because it doesn’t. Hero In Residence simply keeps events ticking over so that when you’ve reached the end of episode 1 – which takes around two hours or so – you’re more than ready for more.

Related: Life is Strange: Before the Storm latest news 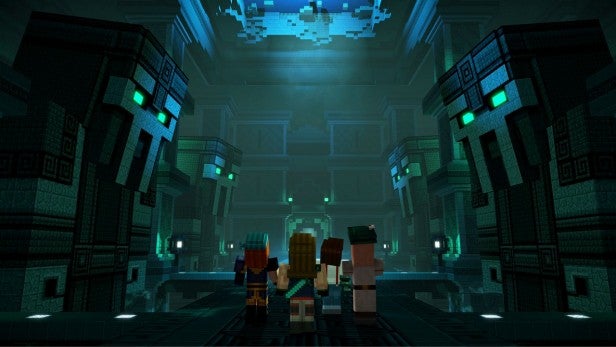 A big reason it works is the well-written dialogue and voice acting. There’s nothing here that’s going to be winning a comedy award, but it’s so keen not to take itself seriously that it’s open to everyone. Given that a large portion of people playing are probably going to be parents with their children, in the same way families will always head to the cinema to see a Disney movie, the whole thing is just very well pitched. You sit down, fly through an easy-to-understand and accessible story then sit back and wait for episode 2.

This is apparent in how Minecraft: Story Mode sets itself out, too. A lot more stripped back than other efforts that seek to introduce new combat options or complex mechanics, this is Telltale’s model in its most basic form – there isn’t that much to think about. Even the odd puzzle isn’t particularly taxing – but surely that’s the point, and a reason to nod proudly in the studio’s direction. This isn’t about pushing the envelope or turning Minecraft into something it isn’t. It simply exists to tie into a franchise that’s now bigger than life itself.

It’s a similar result in terms of the aesthetic. Countless times in the past titles from the developer have suffered terrible technical issues, which affect proceedings far more than they should. This isn’t the case here, mostly because we’re using that cutesy Minecraft look. It’s not hard to replicate a blocky aesthetic, and because of this fact everything looks really rather pleasant – especially the animations used on our band of would-be warriors.

It’s just all so stripped back and simple, and knowing you’re not about to be smacked in the face with serious visual or audio flaws is most definitely welcome. Even the soundtrack follows suit, reproducing the light-hearted tone the franchise is known for. You’ll have it in your head for days. 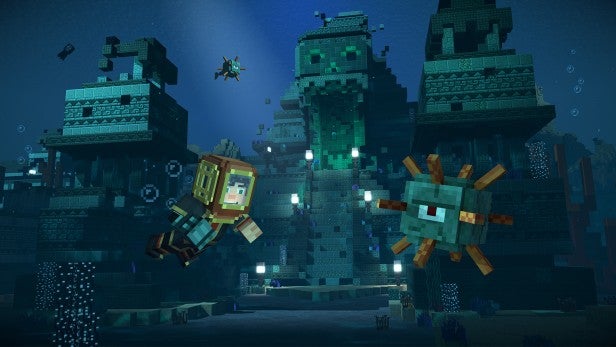 All-in-all, then, Minecraft Season 2 has started off in very much the same vein as the first, but that does mean similar problems are apparent. Given that such things are intentional, it’s hard to pick holes, but if you’re looking for something deep and gritty then you shouldn’t give this a second’s thought – you’re barking up the wrong tree entirely.

This is akin to a hand-holding adventure than any kind of serious challenge or deep experience, and if you approach it as such you’ll be sorely disappointed. It’s cookie-cutter gaming at its most sweet, a way to expand Mojang’s universe to new territories and probably make a load of money in the process. It’s well put together and decent while it lasts, but that’s about as much attention as you should give it. When it’s over, it’s over.

There’s no doubt the Minecraft community will enjoy this as intended, and the fact it’s made it back for a round two will be all the information some need before jumping in, especially since the world has been established now. You just get to go on another journey with a cast of characters you recognise and understand. It doesn’t even matter if you haven’t played the original – there’s nothing here that you couldn’t figure out on your own. 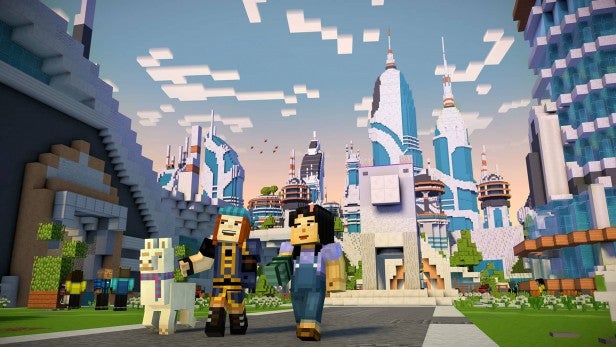 With that said, this is Telltale light, ticking the necessary boxes and ensuring that putting smiles on people’s faces is the number one priority. There’s certainly nothing wrong with that, but take it aboard before you make any decisions.

Minecraft: Story Mode Season 2, Episode 1 is a nice return for the series as it continues to be as light and easy as before. The perfect next step for families who love Mojang’s absurdly successful creation.