Given how much Nintendo has always loved Miis, it’s surprising it took so long for the avatars to get their own game. Who wouldn’t want to be able to apply whatever face they wanted to the main characters of a game and then go on a journey with them? It just seems all too easy.

Known as Miitopia, Nintendo has now released its (up to this point) Japanese-only adventure title into the West – and, as you may expect, it’s all really rather lovely… and bonkers. Stripped back so that even your mum could enjoy it – which is clearly the point here – you and your band of merry warriors begin an epic quest to free the land of evil and stop the Demon King from stealing people’s faces.

You’ll explore the world, chat to random individuals, build up relationships and be inundated with cut-scenes, all designed to make you go: ‘Ah, aren’t games just wonderful nuggets of satisfaction’. If you’re looking for a game that’s innocent to its core, this is it. 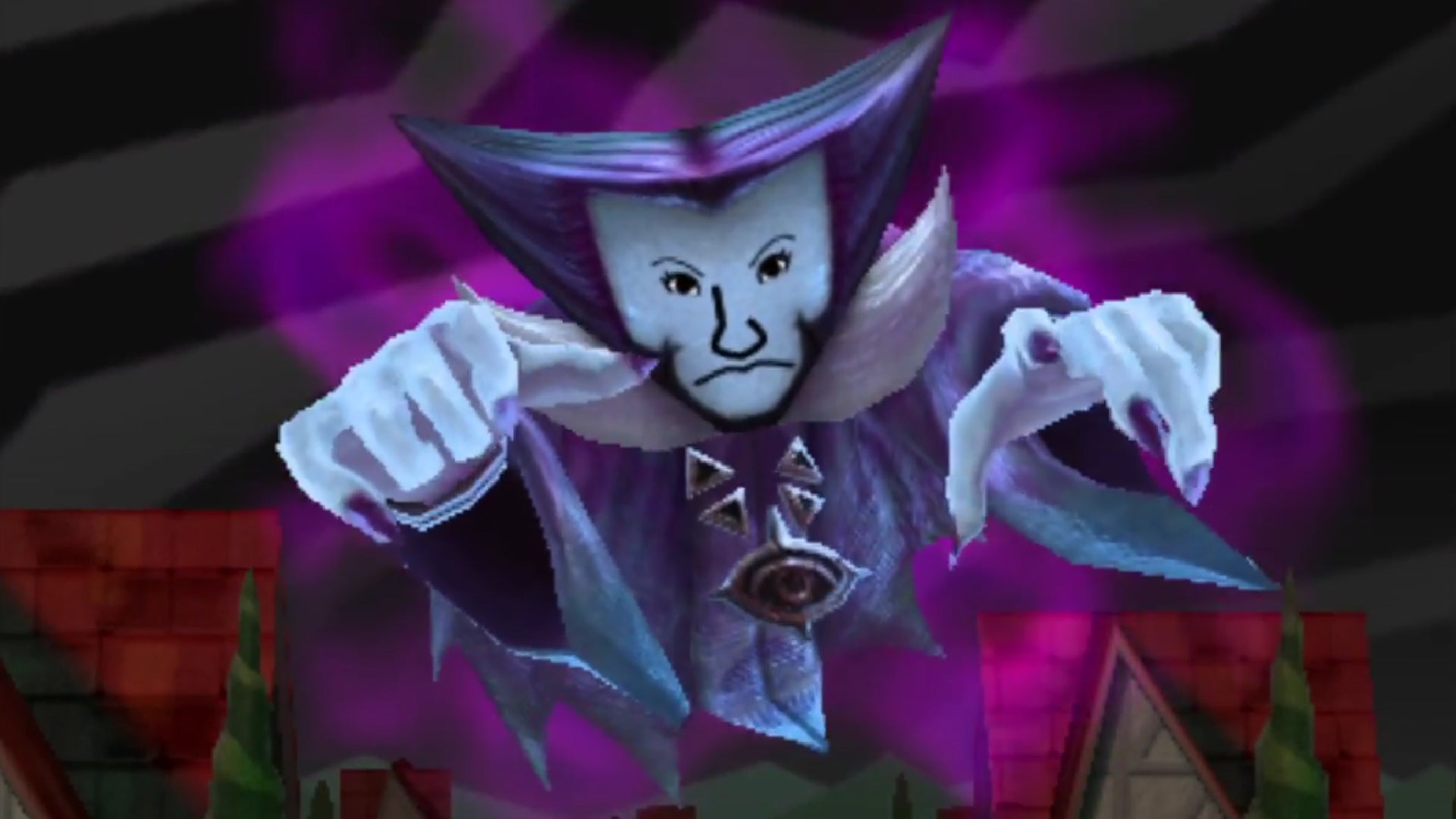 However, while I did enjoy my time with Miitopia, if you’re after a game that you can play for prolonged periods then you’re going to start to quickly struggle. Due to its accessible nature you’re never actually asked to do all that much, and on occasion it genuinely feels like you’re a bystander to proceedings as opposed to someone who’s in control of the action.

Of course, this is wholly intentional, but that doesn’t stop the game from wearing a bit thin if you jump in feet first. The battle system, in particular, contributes to this, right down to the fact you’re only ever responsible for your own Mii. Sure, you have to keep an eye on the rest of your team’s health and magic points – and can restore those if you wish – but in terms of attacking your opponent, that’s all on them.

It isn’t a huge problem, but if you consider yourself an RPG connoisseur it’s very easy to disengage from the fight as you wait for your turn to come around. It’s the same away from such brawls; even getting from area to area is just a case of being pushed down a linear road. Again, it’s quite clear from the outset that Miitopia isn’t meant to be approached in the same way as, say, a Final Fantasy, but that doesn’t mean it isn’t a little dull here and there. Because it is… 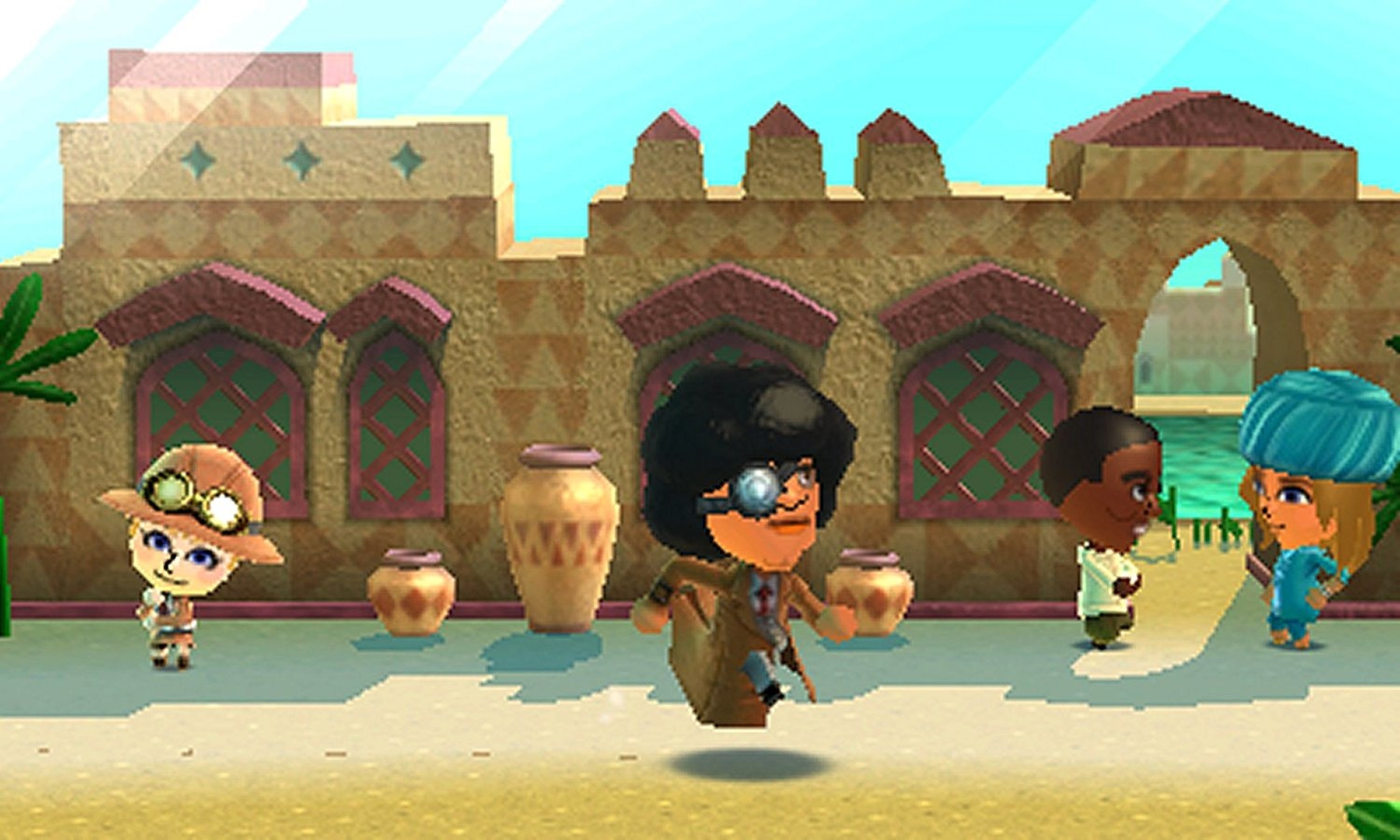 As usual, though, it’s Nintendo’s ideas and unique additions that balance everything out. While there are classes for your Miis to assume, they aren’t as basic or bland as those offered up by other games. You get choices such as ‘chef’ – which is essentially a healer’ – or ‘popstar’ – where you can distract foes and boost up your own team’s morale. There are a ton readily available, and seeing how each one works is oddly entertaining simply because they’re so bizarre.

This continues when you start to wind down after a day of adventuring and combat. Miitopia allows you to spend resources earned in-game to kit out your party with new weapons, outfits and skills, but you’re encouraged to focus on relationships between everyone too. Almost like a Dragon Age or a Mass Effect, this means having deep and thoughtful chats but while being careful about what you say and how you say it.

Strike the right tone and your teammates will warm to you as their confidence in you grows and, as a result, they’ll help out to a greater extent when the next scuffle breaks out. Screw it up, though, and they can become angry or jealous and start tripping over each other’s feet.

It’s wonderfully silly – and in true Nintendo fashion plays out as such – but also compelling as you try to figure out what will appease each person. It also doesn’t hurt that you’re having these conversations with faces you’ve created – it always feels like the experience has been designed for you and only you. 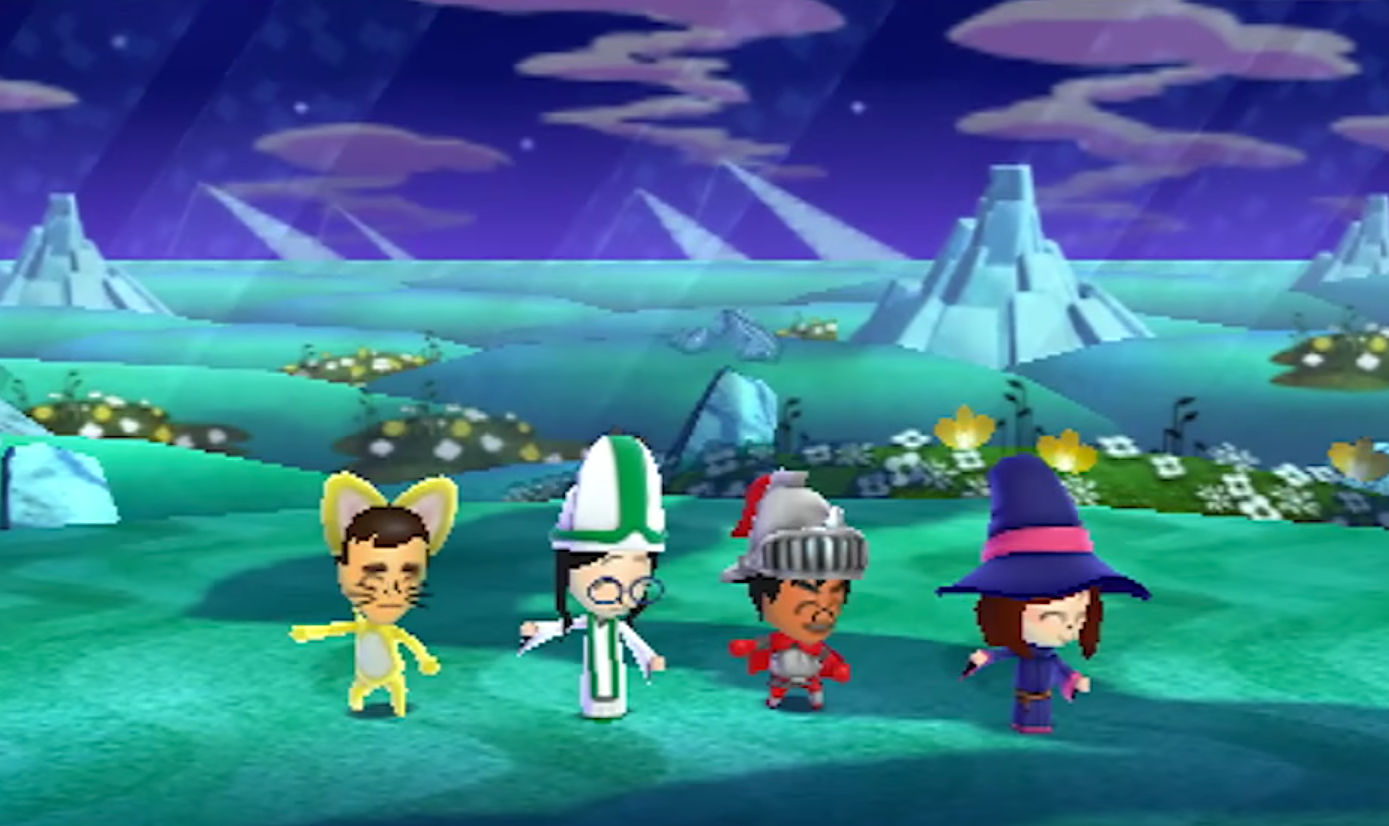 There’s no doubt Miitopia is entertaining, and it’s so original that it’s unlikely that anyone will be disappointed by what’s on offer here. However, as a game it’s sorely lacking, with the emphasis being on the quirkiness and offbeat concepts that the brains behind it have managed to work in.

With that said, as an on-the-go RPG it isn’t half-bad, and given that most folk will probably play the game during a commute, those shortcomings won’t be as noticeable.

Miitopia is weird – that’s a fact. But it’s strangely enjoyable, too.

What Miitopia lacks in actual game it makes up for in how weird and wonderful it is. If you’re easily charmed by Nintendo, this will eat you up and spit you out.