What is the Energenie MiHome?

MiHome allows folk to control everything in their home via their phone, whether or not they’re in the house.

The range of programmable products enable operation of everything from lighting to heating to individual appliances, as well as using motion sensors to monitor movement when you’re away from home. You can also monitor your energy usage.

We tested the MiHome Gateway, Adapter, Heating, Motion Sensor, Energy Monitor and Open Sensor. It’s a simple system, easy to use, but there are rivals offering better function and customisation.

The MiHome Gateway, the central hub to which all the other accessories connect, is a discreet little box that’s about the size of a beer mat. The rest of the products in the range are a little bulkier.

The large adapters plug into existing sockets (there are integrated sockets available, which you’d need an electrician to fit) and all the products have a white plastic finish, which sticks out a little in older houses.

All the devices are easily programmable via the app (OS and Android), which allows you to individually name each appliance and set up timers, to turn lights on at a specific hour for example, monitor energy usage, and control appliances individually or in groups. 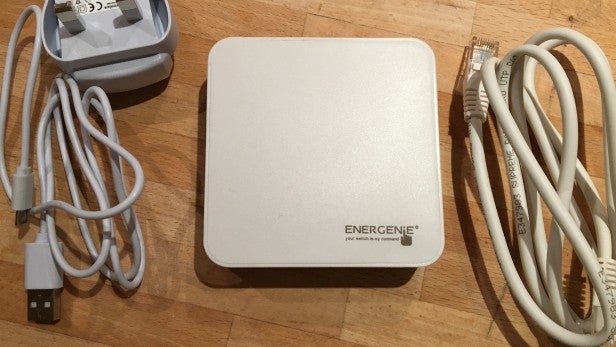 MiHome’s website promises that you can have the system set up in ten minutes – which, frankly, is underselling. It’s ridiculously easy to get started.

Once you’ve downloaded the app and plugged the hub into both a power outlet and router, simply scan a QR code on the underside of it and you’re off. Connecting the various devices is simply a matter of holding down a button on them until the app says they’re connected.

The only accessories to cause any issue were the radiator valves. Trying to attach them to a radiator that’s probably a few decades old involved trial and error, fiddling around with different adapters, and much frustration. It worked eventually, but it was more hassle than it was worth. 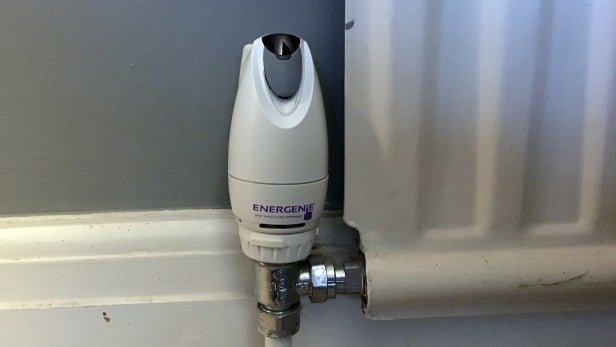 Programming the basics within the app – turning lights on and off remotely; grouping appliances – was very simple. Delving into the more complex elements, such as monitoring energy usage of individual appliances, was more fiddly.  Once you’ve played with it for about an hour, though, there’s nothing that’s too complex. The layout of the app is very clear.

While setting up the various devices was simple, their responsiveness was patchy. Some appliances would come on immediately when activated within the app, whereas others would suffer a significant delay, or not respond at all.

The only elements for which this is a major issue were the Motion Sensor and the Open Sensor. On occasion the Open Sensor, which notifies you if a door or window has been opened, wouldn’t send an alert for about an hour. If someone were in your house, they’d be long gone before you were alerted to the fact.

The range now works with Amazon Alexa, the voice-activated personal assistant, so you can switch on your kettle by speaking to it, should you wish. 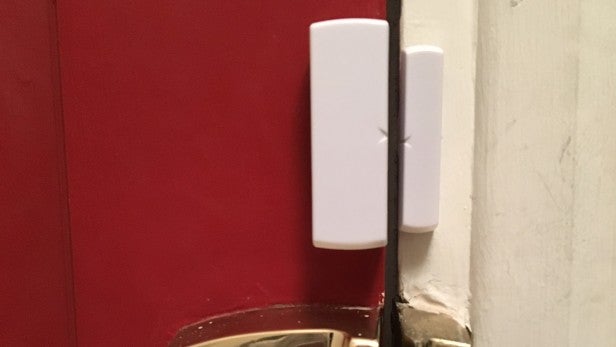 Should I buy Energenie MiHome?

If you love the idea of automating your home, then yes. MiHome is easy to set up, and while it’s expensive to buy the full range in one go, individual elements aren’t particularly costly (the Gateway is £69.99 and a pack of three adapters is about £27.99).

For a sleeker look it’s worth considering the integrated sockets, but if you don’t mind a few bits of chunky white plastic on display then plugging a few adapters into your sockets couldn’t be simpler.

Many of the automation options didn’t really seem to solve a genuine problem. Being able to switch on the kettle from a distance doesn’t save you having to fill it with water or get up to pour your tea. Programming your lights to switch on when you get home only saves you the effort of flicking a switch when you walk in the door.

The energy monitor feels very much like the sort of thing a dad might brandish at his kids to show them how much it’s costing him when they leave the lights on all over the house.

In truth, the MiHome is made for those who love fiddly gadgets for the sake of them; there isn’t much about the system that would tempt those who aren’t already convinced.

If you’re looking to automate your home, this is a welcoming system for a beginner.

By Olly Richards
Olly Richards contributed home reviews to Trusted Reviews between 2017 and 2018. …