How well does the Miele WCR860 Washing Machine clean clothes?

To test the efficacy of washing machines we run a number of typical programmes with wash loads made up of real-world clothing. We run tests at full load and half load, weighing out 80% and 40% of the manufacturers claimed maximum capacity accordingly. While machines might be able to handle the weight of their claimed capacity, real-world cotton and synthetic material clothes take up a lot of space, meaning the drum is limited by its volumetric capacity rather than the weight of the load. 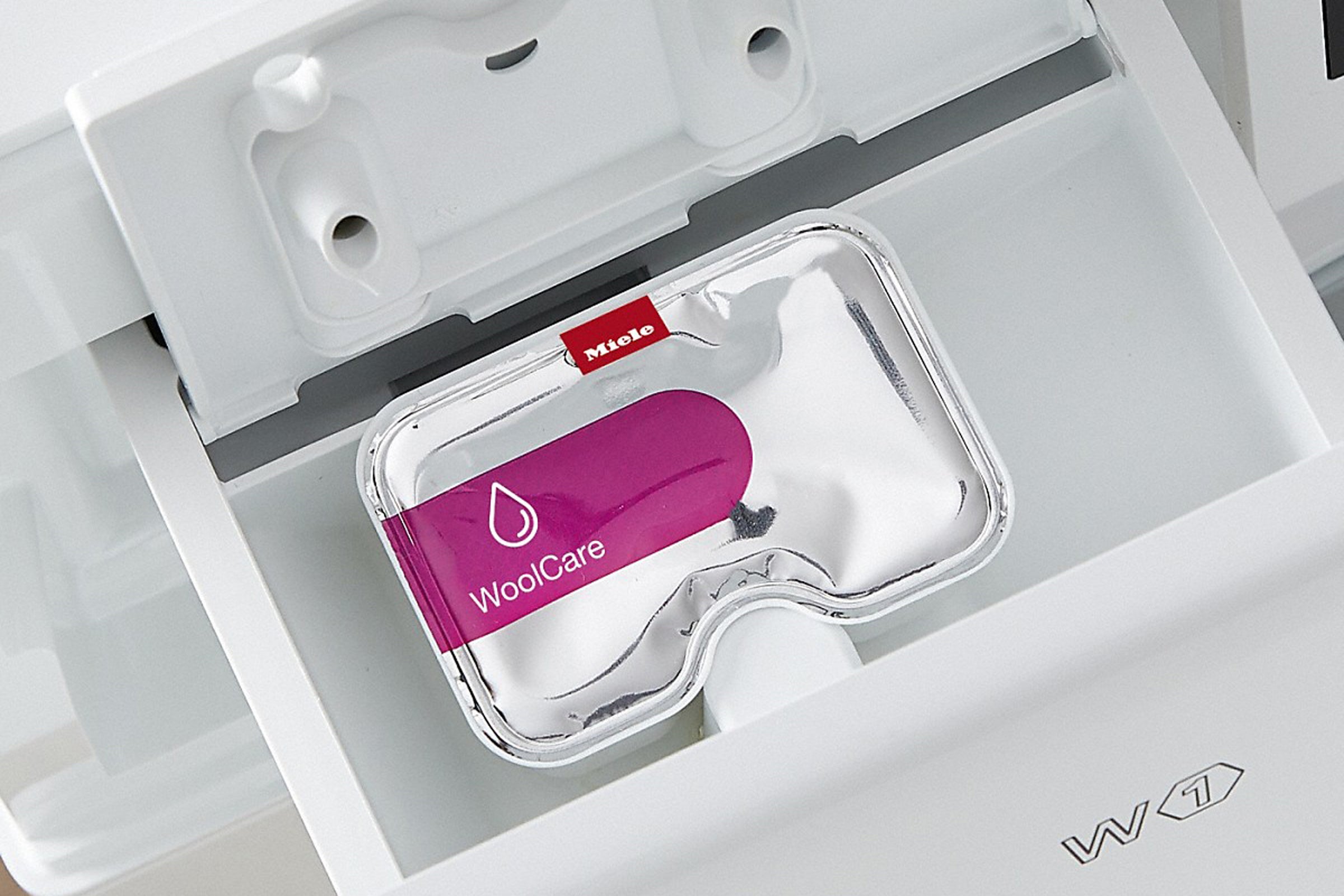 The WCR860’s drum didn’t quite swallow a full 80% of 9kg (7.2kg) of mixed shirts, towels, bedding, jeans and tops but it did manage over 6.5kg. That is not far off as only a handful of machines we have tested have ever managed to take the full 80%. The 40% load fitted in with ease.

Our main stain strip test uses a white cotton sheet with blobs of blood, coffee, turmeric, cranberry sauce, ketchup and dirty engine oil. These are left on for 24 hours to firmly dry on, replicating washing that has been hanging around in the basket for a day or two. The test is run on a full load of washing on the standard Cotton programme set to 40-degree wash temperature and full spin speed. To see the results from the Miele in a best-case scenario, we installed and used the TwinDos detergent with auto-dosing enabled. 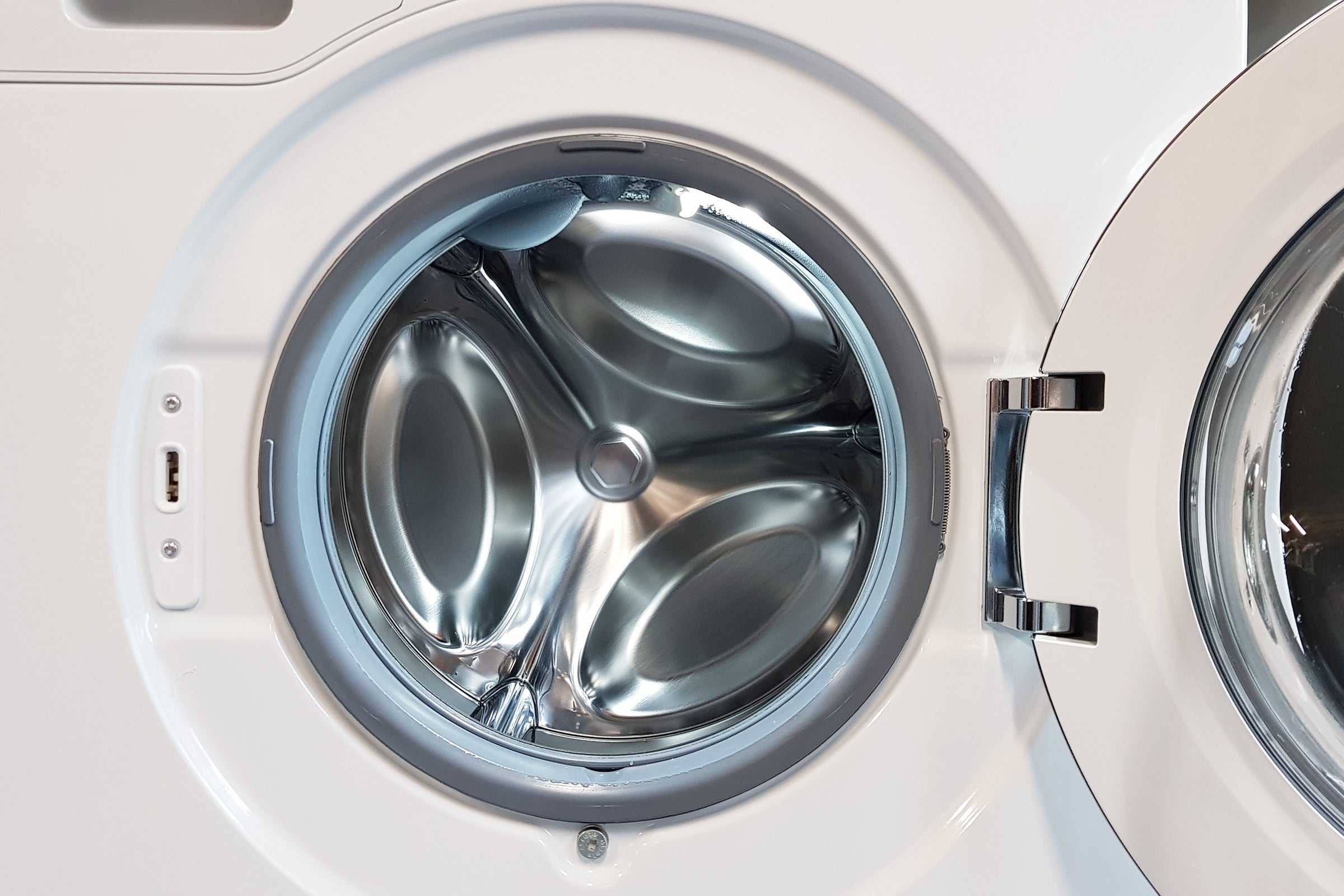 Results were everything we have come to expect from Miele, with a spectacularly good clean and fabulous stain removal. The four easy stains were gone completely and only the most feint shadow of the really tough turmeric remained. The impossible to remove completely engine oil was almost gone too. We reckon another few washes and even that would have been rendered all but invisible. A spectacularly good wash and stain result.

To best compare the Miele’s performance with all the other machines we have tested, for the next load, we disabled the TwinDos and used a basic non-bio detergent in the soap-drawer, old-school style. We added another dried stain strip and ran the same 40-degree standard cotton wash on a full load of real-world washing. Once again the results were fabulous. The stain strip was not quite as buff as using Miele’s own detergents and TwinDos but the clean remains one of the very best we have tested even with non-bio detergent.

How loud is the Miele WCR860 Washing Machine?

The WCR360’s wash is bonkers quiet, measuring just 42-43dB on average in our tests. By way of comparison that is close to the sound level of a fridge-freezer! The spin is equally impressive and even with a full load at 1600rpm, the WCR860 didn’t even get close to worrying the 70dB area on our sound pressure meter. With a full spin at just 68dB, the WCR860 is one of the very quietest washing machines you can buy.

The spin is solidly efficient too. Returning a very good 30% extra weight in water on full loads and down to just 28% extra weight in water on half loads, the Miele’s spin and drum design is very good at extracting moisture. Better still, we noticed that there was only fairly gentle creasing of the load even after a full 1600 spin, which should make ironing whole lot easier. 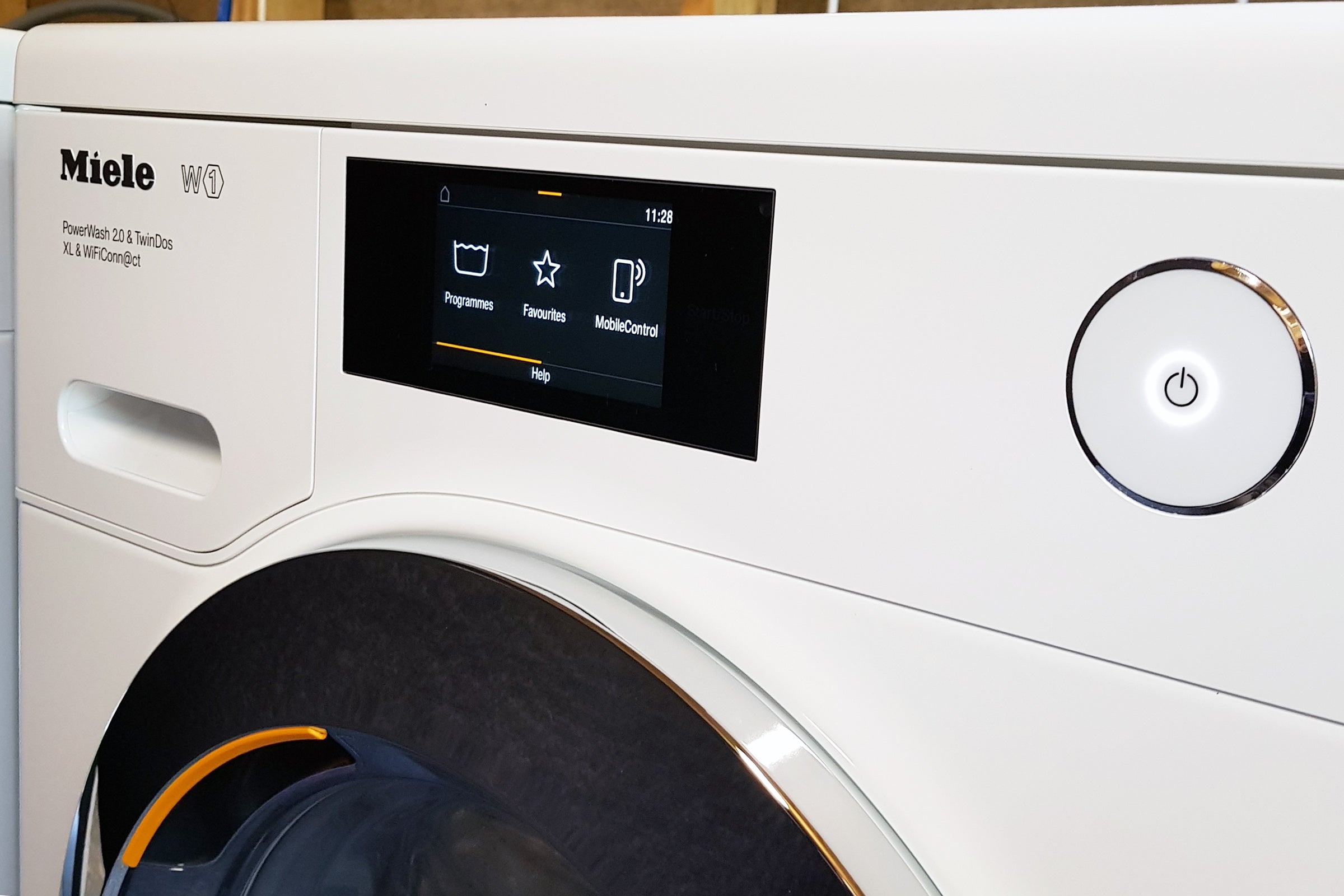 How much does the Miele WCR860 Washing Machine cost to run?

With an A+++ energy efficiency rating, it was no surprise that the WCR860 sipped water and burnt through minimal electricity. In fact, its energy is so good it exceeds A+++ rating by quite a margin on the Eco programme. As usual, the standard / non-eco programmes are nothing like as frugal but they still keep running costs low.

For an average family doing 240 wash loads per year, split 200 full loads and 40 half loads, using the standard Cotton Eco programme at 40 degrees throughout, the WCR860 would use just 162kWh per annum. At 15p per kWh average that is just £24.30 per year. Considering that would have washed close to 1.5 metric tonnes of your clothes, that is a great result. 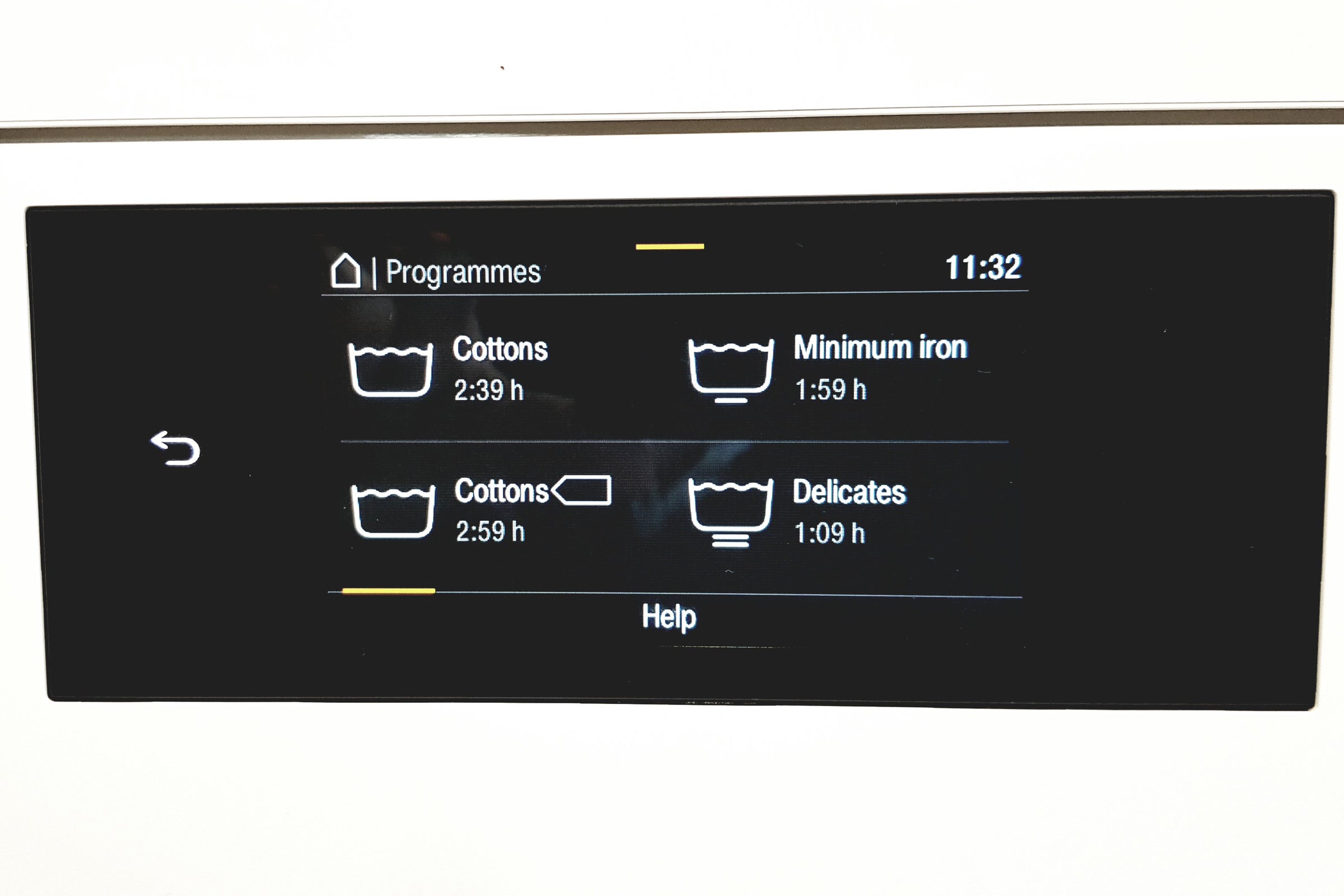 The WCR860’s total running costs in water and electricity could be under £65 per year but that is not quite the full story of its consumable expenditure. 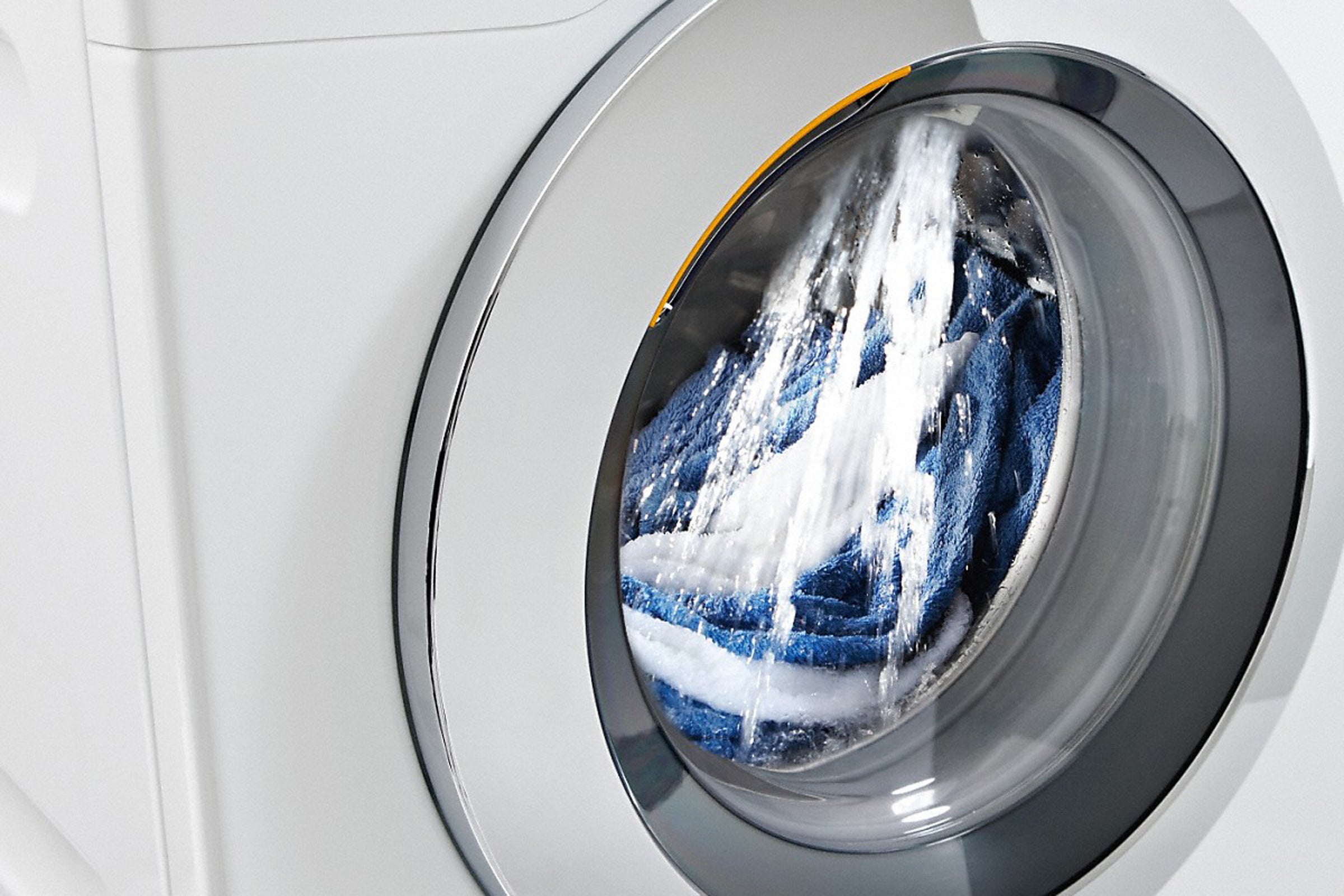 Ignoring the eye-watering purchase price, Miele’s own UltraPhase detergents have been designed with the W1 series in mind, so their usage is super-efficient (about 30% less is used than normal detergent dosing) and they offer top cleaning results, top stain removal and an anti-greying formula. Yet at £65 for a six month supply (3 UltraPhase 1 and 2 UltraPhase 2), that adds up to quite a hill of beans compared to budget powder detergents. If you want to use Miele’s wash specific CapDos capsules you will add significantly to those costs as they work out at over £1.50 and each capsule will do a couple of wash loads at most.

All that said, why would you spend £1,500 on a washing machine and then go cheap on the detergent and not get the best from it? If you want the very best, value is a relative concept.