How well does the Miele Scout RX2 Home Vision cope with carpet and hard floors?

We began testing in a living room with mixed hard floor and rug surfaces, plus a good selection of everyday obstacles including sofas, cabinets and tall lamps. Using the Turbo mode for best results, we scattered down four X-shaped test patches of talc and carpet freshening powder to replicate variously sized grains of dirt. The mix shows up well on our bright red rug, in corners and along edges of the wooden floor. Our large red rug had one large X laid across it, with a mixture of day-to-day crumbs and dog hairs thrown in the mix. 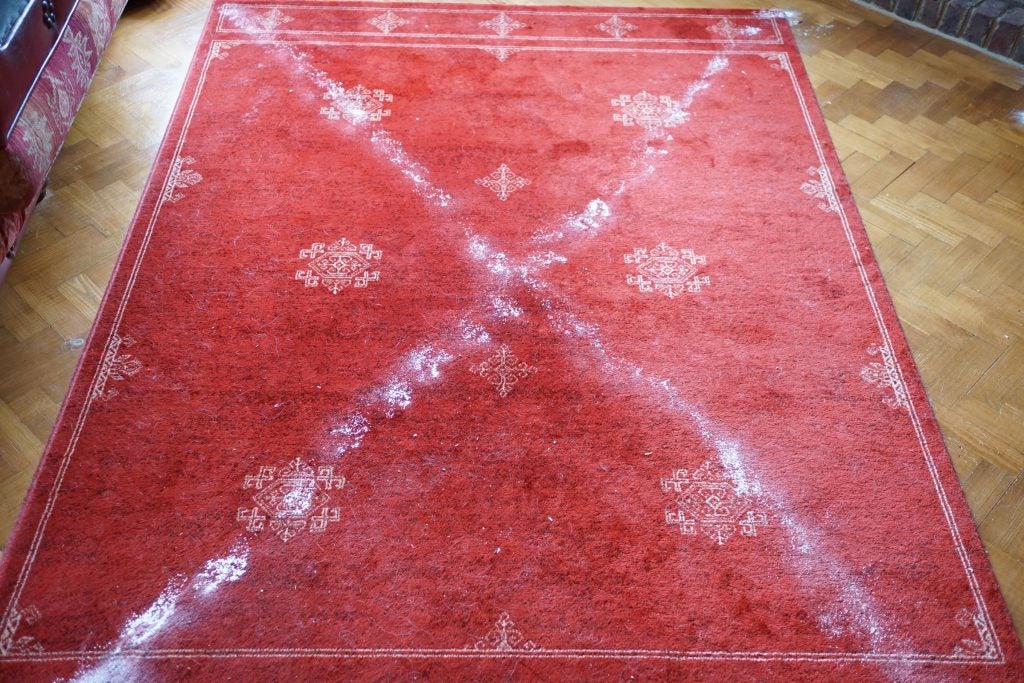 The Scout is not a stealthy performer on Turbo mode, being noisy and aggressive sounding. Step down the power levels and it quietens in equal strides. The Turbo mode noise is not likely to be an issue if you typically want to get the cleaner doing its thing while you are at work, but it might be to neighbours in flats below.

Due to the app-fiasco, we set the machine on Auto using the remote control. Detection of objects was good, but it wasn’t great. The RX2 bumped into tables and lamps with quite some force and failed to detect the feet of a person standing in its path. However, the RX2 was leaving near-perfect clean stripes across the test area and picked up the majority of our test debris plus plenty of daily detritus in its first outing alone.

After a total of three outings, the X-shapes were almost cleared, albeit one in the centre of the floor that was still rather apparent as we went a little overboard with the talc. The red was looking pretty impressive and there was just a very faint outline of the X leftover with no sign of pet hairs. Edges were especially wells addressed for a robot, and even the corners were reasonably clean. Overall, great cleaning results. 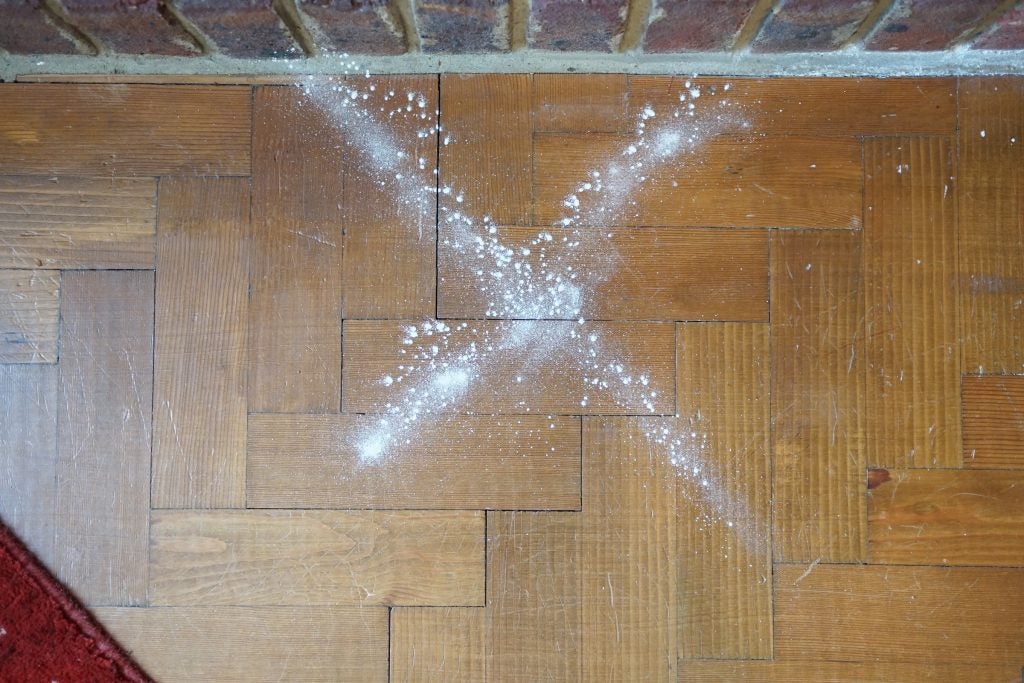 How good are the cameras on the Miele Scout RX2 Home Vision?

Later in the week, we finally managed to connect to the app for a useable period. Huzzah! This meant we could use the Home Vision feature, although the app wouldn’t then allow us to change the programme, so we had to use Auto. The cameras improved the Scout RX2 Home Vision’s awareness of objects, and the bumping was much-less apparent, it also followed straighter lines, presumably as it started learning the room geography from its maps. 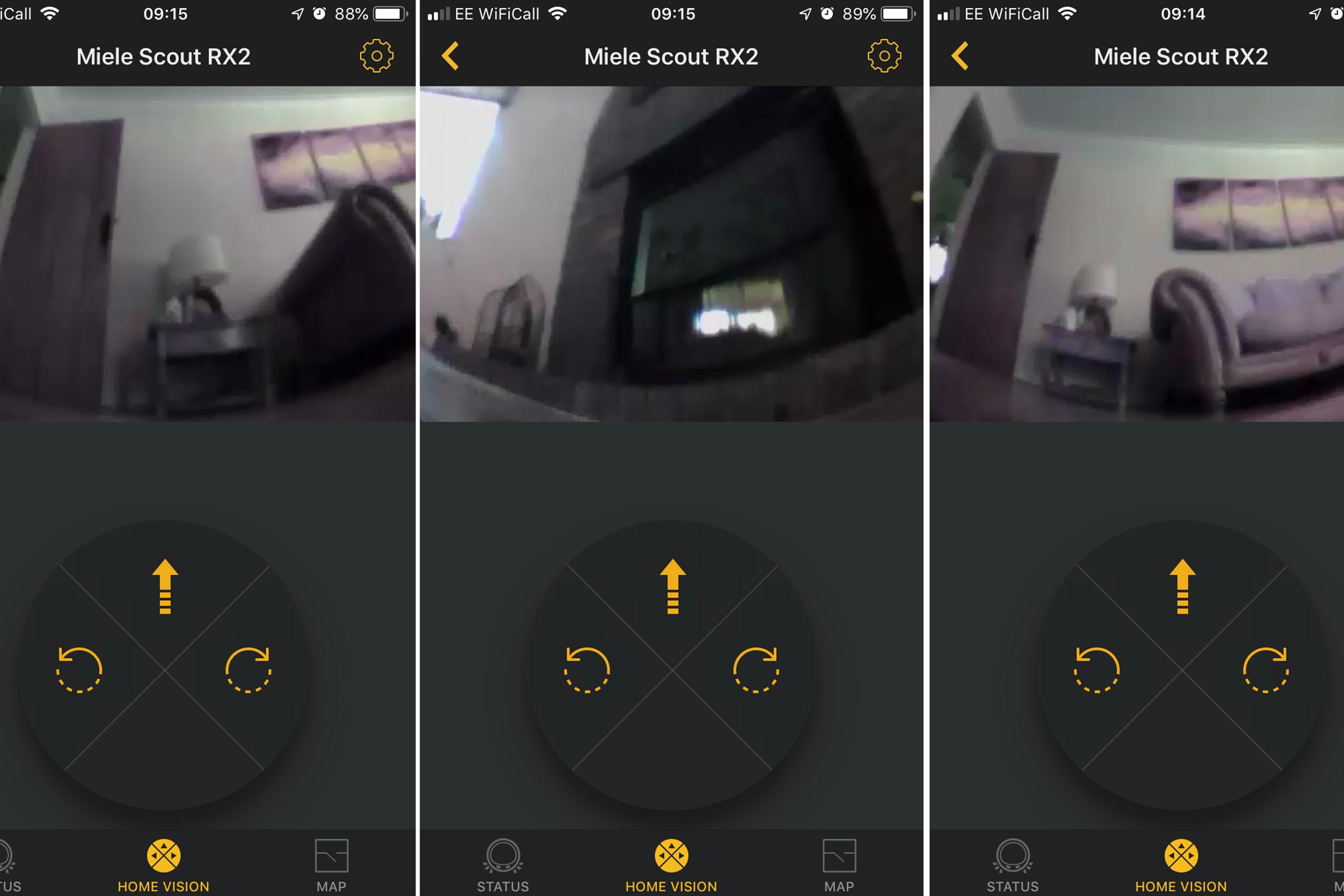