What is the Miele Scout RX1?

The Miele Scout RX1 may look like any other compact robotic cleaner, but behind the discreet design it is bristling with technology. It incorporates a raft of sensors, a camera and digital room mapping software to ensure it makes a clean sweep of your floors without crashing into obstacles or missing areas. Its three-way cleaning system uses two long side sweeping brushes, a traditional rotating brush bar and vacuum motor to cope with a wide variety of floor surfaces and room challenges.

Miele claims a long 120-minute run time, or 150sqm of cleaning, on a single charge and finds its way back to its charge dock when it begins to flag. It is slim enough to get under low furniture, offers a 0.6-litre bin capacity with filter and four cleaning modes. It can be programmed to clean when you are out or overnight and is supplied with the obligatory remote control for chasing the cat around. 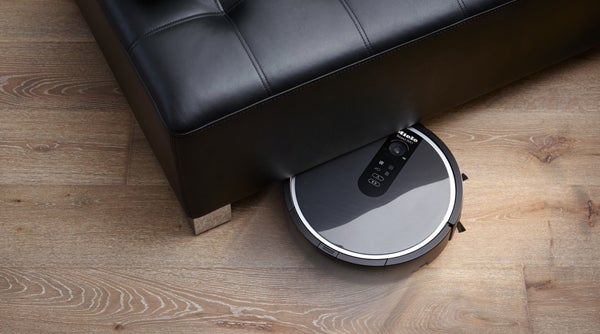 With most of the sensors on-board, the Scout RX1 doesn’t need accessories to guide it or stop it throwing itself downstairs. It does, however, come with a magnetic strip that can be laid across doorways to restrict its access to some areas. The strip supplied is only enough for a single doorway though, so if you were trying to clean a hallway with several doors you would need to ensure the doors are closed or it will go for a wander. Additional magnetic strips are available direct from Miele.

The base station is an equally neat and understated affair that has a removable rear cover with a cavity where you can wind up spare mains cable if the dock is placed near to the plug outlet. 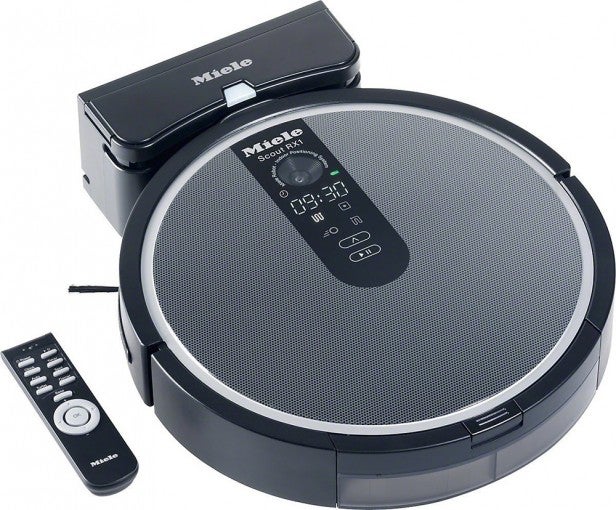 The small dust box and filter system is easy to remove and maintain, and the rotating brush has a pinch-clip cover allowing the brush to be removed easily for cleaning. The remote control offers access to the four cleaning modes, timer and clock functions plus a pause button should you want to shut it down while you take a phone call for example. There is a return to base button and a four way toggles so you can manually steer it around the house, albeit just moving not cleaning as it goes.

The Scout is supplied with two replacement exhaust filters but only one set of side brushes. During the test one of our side brushes became jammed on a rug-edge and broke its fixing, so some spares in the box would have been helpful.

Related: The Best Steam Cleaners You Can Buy 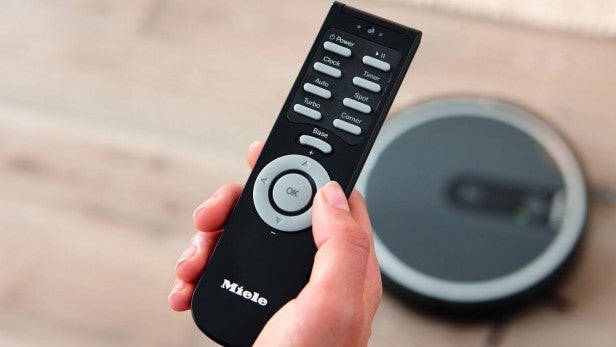 Miele Scout RX1: What cleaning modes does it offer?

Navigating around by a combination of seven infra-red sensors, three gyroscopic movement sensors and a camera that scans the ceiling, the Scout RX1 sets about the room in a logical pattern of parallel lines unless navigating around obstacles. There are three more sensors underneath to stop it tipping over steps. The magnetic strip accessory can be used to pen it in a room or stop it going into sensitive areas – such as that flimsy coffee table with the Ming vase on.

The four modes cover full Auto, Spot, Turbo and Corner programmes. The Automatic is the go-to default mode and allows the Scout to make its own way around the room, judging the best paths and mapping the ceiling to ensure every square inch is covered. If it starts to run low on power before it is finished it will recharge and resume where it left off a couple of hours later. 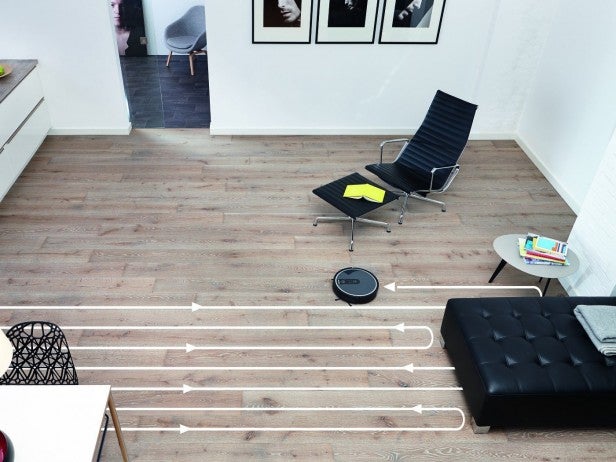 In the Turbo mode, the Scout cleans a lightly soiled room quickly by reducing the overlap of each parallel sweep. For targeting areas with lots of debris, perhaps a dry cornflake spillage or similar, you can navigate the Scout manually to the centres of the mess and engage spot mode. This will intensively clean an area approximately 1.8m x 1.8 centred on the starting point before returning to base.

Finally, there is a Corner mode, which is designed to be used in after a normal Auto clean. In this mode the Scout RX1 navigates slowly around the very edge of the room, sweeping up to the edges and into corners. 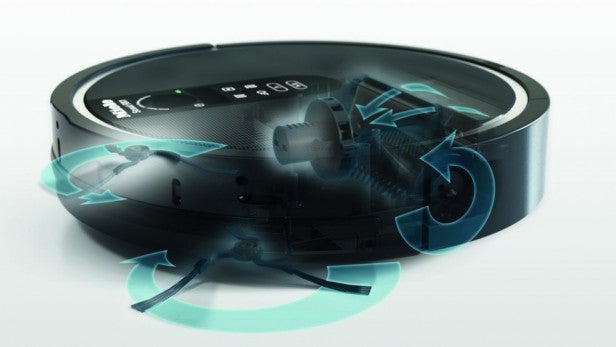 Miele Scout RX1: How well does it cope with corners and obstacles?

Using its array of sensors, the Scout RX1 is extremely good at navigating around obstructions. For large solid obstacles like the skirting boundary, it stops a centimetre or two away before rotating to follow the wall briefly and rotating again to head back across the room. The very long side sweeping brushes extend to the skirting edge during the turning manoeuvre and effectively throw dust and debris in the path of the cleaner.

Negotiating the 1.5cm step up onto the rug was generally not a problem for the Scout RX 1 either, the machine simply bumping up to the new surface without breaking its stride. Miele states the Scout will handle a step height of up to 20mm, but this can be set to a ‘Low’ mode of just 6mm if you don’t want it to climb up onto rugs, for example.

However on one pass it just clipped the rug corner, the side brush got stuck and snapped off of its mount. It is clearly designed to do this if it gets jammed (as opposed to straining the motor) but, as noted, there were no spares supplied – so we glued it back on for the rest of the test. 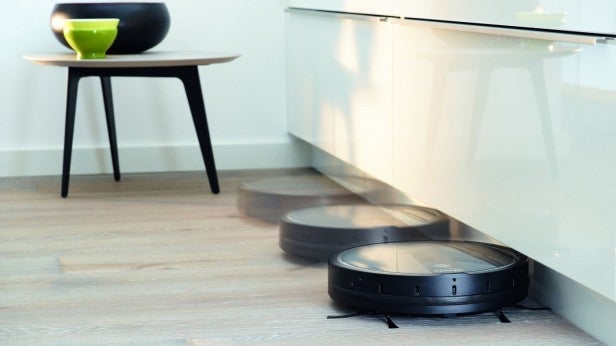 As the Scout closed on narrow obstacles like chair legs, it slowed to just touch it gently. It would then steer around it and carry on. On the return journey it seemingly remembered where the obstacle was, stopped before it touched it, and steered around with just enough space to ensure the rotating side brushed flicked up to the obstruction.

With its sleek shape and low height it had no issues with going under the sofa and will happily slip under obstructions at just 90mm above the floor or higher. Overall, the Scout RX1 was very good at navigating the room with no danger of getting stuck or damaging soft wood chair legs for example.