In cold weather, it’s your extremities you have to worry about. Anything that dangles, waggles or sticks out needs extra protection – and the most important of the lot during the cold months are… your ears. The SubZero Midland Headset is a clever melding of two bits of ear furniture – it’s a pair of headphones and a set of earmuffs in one.

This isn’t the first time we’ve come across such a mutant pairing, but it is the first pair that didn’t immediately seem like a cheap throwaway gimmick. The SubZero Midland Headset comes in two main forms. There’s a fabric-backed version that comes in an array of colours for around £30 and the leather edition, seen here, which is £10 or so extra. Both are lined with fluffy quilted material that is softer than the inside of the average headphone. 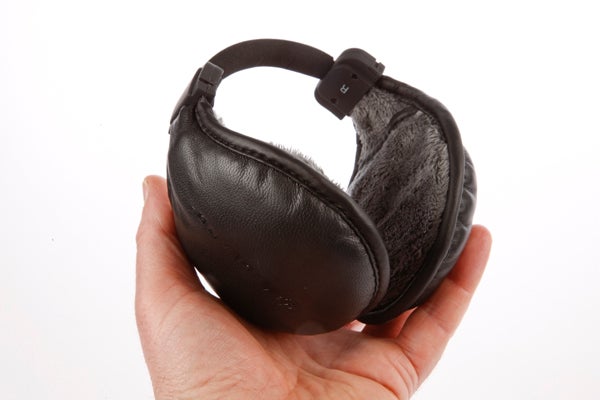 Rather than looping over the top of your head, they curve around the back, with a ratcheted adjustable neckband. This also has some padding here – this time it’s foam rather than fluffy stuff. The mechanism of the band isn’t great, with one side of our review sample much stiffer than the other, but it held its position reliably enough.

How do they feel? We took the Midland SubZero Headset out in some earlobe-worrying temperatures to see how they fared. Having to cram in the 40mm speaker units of the headphone part of the equation, its insides aren’t entirely fluffy and soft, but for the most part feel just like an ordinary set of earmuffs. The drivers sit flush with your ear, leaving nothing awkwardly protruding. 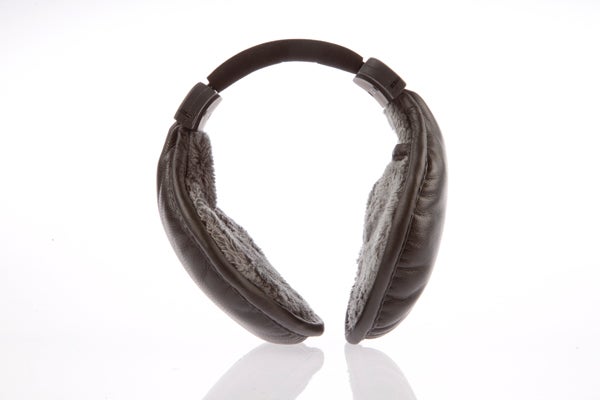 They grip fairly tightly onto your head, but because the pressure is distributed across the 10cm diameter circular-ish ear pads, there are none of the comfort issues we often see in on-ear headphones. They are, in short, very comfortable.

The SubZero Headset also successfully takes that awful edge off a chilly breeze. With just an inch of padding, they won’t leave your earphones exactly toasty and warm in sub-zero temperatures, but they do make the aural discomfort of chilly weather melt away. However, we did find that the neckband doesn’t get on too well with scarves and bulky coats, requiring some fiddling about with fit to stop them from vying for the same space. 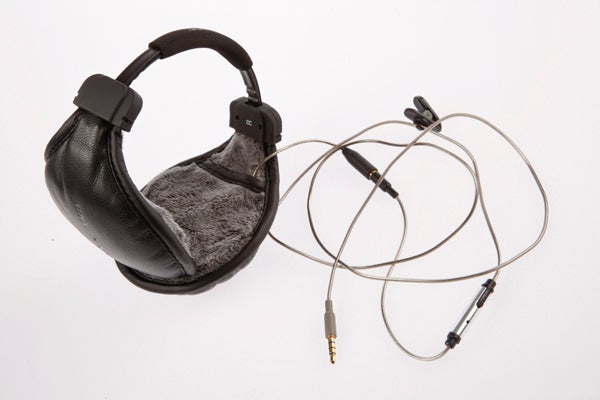 The cable is modular

As they cover your ears entirely, they offer some noise isolating properties – not as much as set of in-ear or over-ear headphones, but enough to stop traffic noise from ruining your music completely. They have a closed-back design, so you don’t have to worry about your music leaking out into the cold night air. 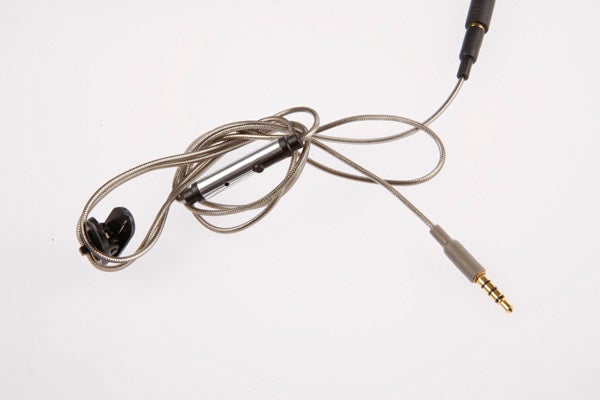 The SubZero headset also packs-in one extra feature – a handsfree housing. This little metal cylinder sits roughly 25cm down from the right ear pad and lets you take calls with an iPhone. It also acts as a remote control for all of Apple’s current iOS devices. There’s just a single button to do this – one press acts as play/pause, two taps skips forward a track and three acts as rewind. But are they worth listening to music with?

The Midland SubZero Headset is sure to get headphone purists looking down their noses for its central conceit alone, but the sound produced is perfectly pleasant. It avoids the harshness and muddy low-end of flat-out bad headphones and gives the impression of being fairly well-balanced. 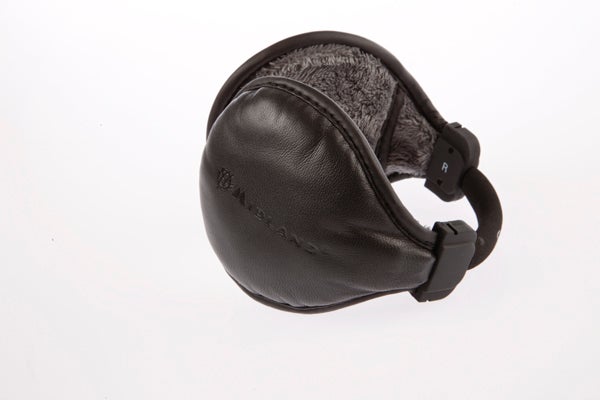 Predictably, they don’t stand up so well to closer scrutiny. They fail to cater for both extremes of the frequency spectrum, lacking top-end treble sparkle and power down in the lower bass register. As a result, they can sound a little flat.

However, they still sound surprisingly good, with decent warmth thanks to a pleasant swell in the parts of the bass make-up the headset is better at supplying. With a little more high-end detail, we might be quite happy giving them a thumbs-up without considering the ear-warming element. 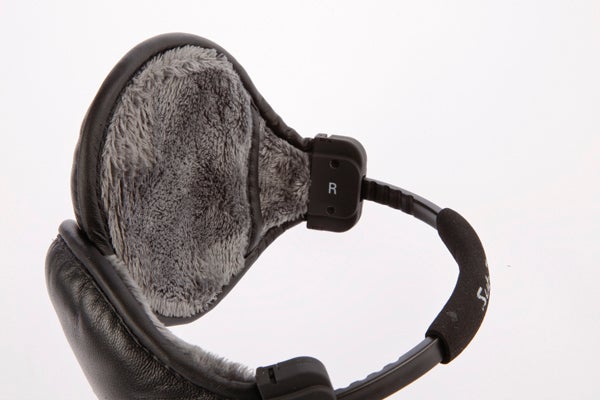 Like many on-ear headphones, though, they are a little picky about positioning. Unless each speaker is resting directly above the ear canal, the channel balance will be out – with one ear louder than the other.  Upon first trying the SubZero headset, you may need to spend a while moving them around to get perfect placement.

If you don’t care about the earmuff design too much, better sound quality can be had for the same price from something like the Sennheiser HD202. These over-ear headphones will also provide protection from cold winds, although the direct contact with the quilted padding of the headset provides that extra kick of warmth and comfort.

They cost a little more than standard earmuffs, but the Midland SubZero Headset also provide inbuilt headphones. Sound quality is surprisingly reasonable too, although not as good as dedicated headphones at the same price. If having cold ears is getting you down, you can do worse than to pick up a pair.