There’s a plethora of accessories available for the Xbox 360, a great many of which are not worth your attention, let along your hard earned cash. But one recent accessory launch represents a serious “must have” addition to anyone’s Xbox 360 hardware complement. The Messenger Kit really does take the Xbox Live experience to the next level, and makes the integration of MSN messenger onto the console so much more than the gimmick that it first appeared to be. 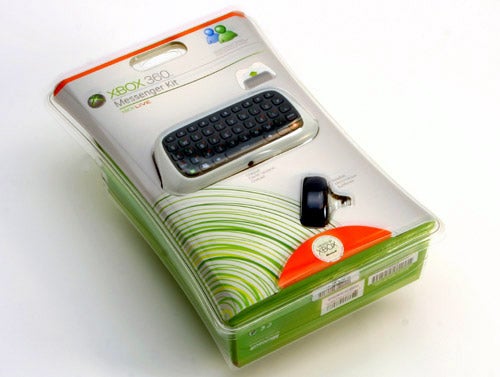 Before I get into the usability and functionality of the Messenger Kit, let’s take a look at what you get in the box. Obviously the main part of the bundle is the Chat Pad. This is a full qwerty keypad that slots, relatively seamlessly into the gap at the rear of the Xbox 360 controller. Yes it does make the controller more bulky and slightly heavier (it weighs 76g), but you soon get used to it and generally forget that it’s there while playing a game.

Because the Chat Pad uses the port at the rear of the controller, it leaves you with nowhere to plug your headset in. This is why the Messenger Kit also ships with a headset, equipped with a standard 3.5mm jack, which then plugs into the rear of the Chat Pad. Also, while the standard headset features a microphone switch and volume wheel integrated into the connector, the headset that ships with the Chat Pad has an in-line control. Some may complain that you’ll need to take your hand away from the controller to access the mic and volume control, but I generally find that I only need to set my volume level at the beginning of a game. 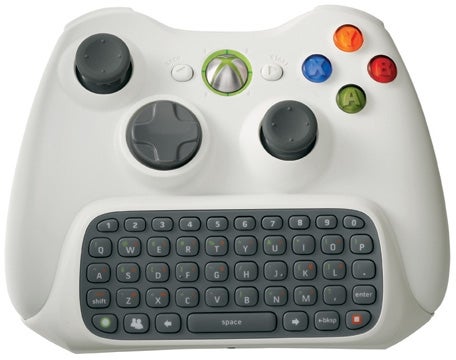 Typing on the Chat Pad is surprisingly easy and intuitive – in fact if you’re used to typing on a smartphone with a slide-out qwerty keyboard, it will feel completely natural to you. I found that I could manage a reasonably speedy typing rate almost immediately, and the more I use the Chat Pad, the faster I get and the fewer mistakes I make. As well as a full qwerty setup, there’s also a full numeric complement across the top, while full stop and comma thankfully get their own buttons. Other symbols are accessed by using ether the green function button at the bottom left, or the orange function button at the bottom right. I found that once I became familiar with where regularly used symbols are located – like the pound sign, colon, brackets and apostrophe – I could access them intuitively. Microsoft has also ensured that the Spacebar is a decent length, making it very easy to strike when typing at speed.

Despite the fact that the Messenger Kit is aimed primarily at the instant messenger functionality in Xbox Live, the Chat Pad also makes general text input far easier. So, if you’re sending a message to a friend on Xbox Live, or typing in your details to retrieve a gamer tag (as I did before writing this review), or even typing in a character name within a game, the Chat Pad does away with the need to use a horrid on-screen virtual keyboard! 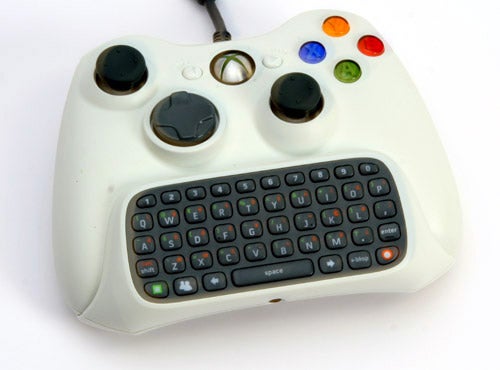 The Xbox Live instant messenger implementation is pretty good, and goes some way to Microsoft expanding its Windows Live service to another platform. You can decide whether you want to be automatically logged into MSN messenger when you switch your X360 on, much like you can choose whether you want to automatically connect to Xbox Live. Anyone on MSN will see you online, but will also be told what game you’re playing – assuming that you’re playing a game of course. 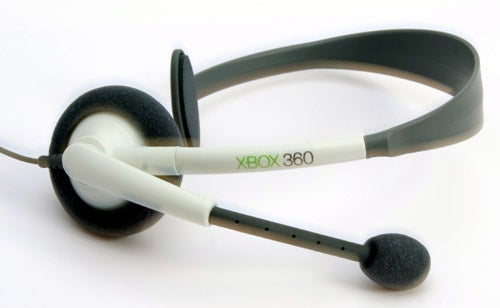 If you’re playing a game and someone sends you an instant message it will flash up on the screen, just like when one of your Friends logs on. However, only the initial message will flash up, subsequent messages from the same person will not interrupt your play. With the Chat Pad though, the Messenger button flashes when you’ve received a message from anyone that you’re currently talking to, so you can choose whether or not to have a look at what they have to say. Pressing the green function button and the arrow key will cycle through your active conversations, making it very easy to switch between chats.

I’ve got to say, I was dubious about how useful an instant messenger service would be on the Xbox 360, but Microsoft has got the implementation just right with the Messenger Kit. Being able to drop out of a game and just send a quick note to someone, without having to go through the pain of moving a cursor around a virtual keyboard is quite a revelation for a console. Yes, I know that PS3 owners will be moaning about how you can use a proper keyboard with Sony’s console, but quite frankly, I don’t want a proper keyboard plugged in just for short messenger chats. The fact is that most of my team keep in touch over MSN, and now if something really important comes up and I’m in the middle of a Bioshock session, I can simply hit pause, reply and get back to Rapture with minimum fuss. 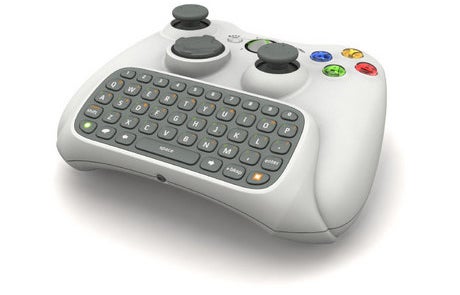 At £25, even the price of the Messenger Kit is impressive, taking away a potential barrier for end user uptake. A couple of the guys in the office have even said that they’d consider buying one, and recommendations don’t come much higher than that. If there’s a down side, it’s that you can’t seem to get a black version just yet, so anyone who’s bought a nice new X360 Elite might be put off – I’d be surprised if a black version didn’t appear though.


For me, the Messenger Kit goes down as the best Xbox 360 accessory available. It really does improve the functionality and usability of the system. It’s surprisingly simple to use and the implementation within the Xbox Live environment is seamless. Microsoft’s console definitely seems to be on a winning streak right now!