Mice are fun. You simply can’t argue with their inherent cuteness. Also, in computer terms, they’re probably as important as the wheel; better yet, they even have wheels. But they didn’t always, and that’s the point. Computer mice are an evolving species, and they’re doing it a lot faster than their furry four-legged counterparts (seeing as furry mice are hyper-intelligent pan-dimensional beings, I doubt that – ed). 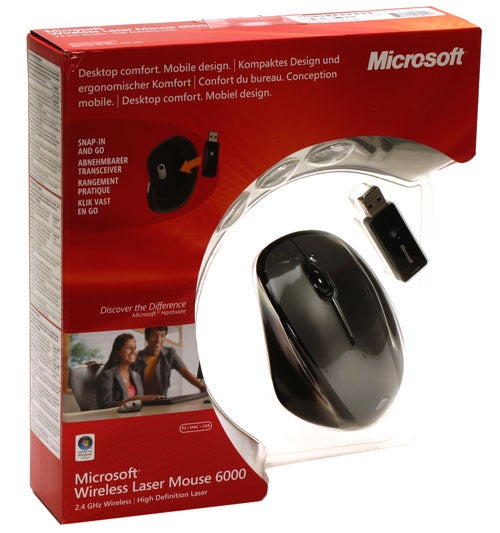 We’ve moved from two buttons to as many as nine (as seen on the Logitech G9), from balls to optical to laser, serial to USB, and from no wheels to vertically and horizontally adjustable four-way ‘microgear’ ones (as used by the MX Revolution). Heck, these days we even have 3D mice, as seen in our review of the 3Dconnexion SpaceNavigator 3D Mouse.


But arguably, the revolution all started with Microsoft. Before Logitech became the dominant player it is today, Microsoft’s IntelliMouse ruled supreme, even leading to the widespread adoption of the beloved scroll wheel. And today we’re looking at a mouse that represents the pinnacle of Microsoft’s know-how, incorporating many of the aforementioned technologies; the Wireless Laser Mouse 6000 (V2). 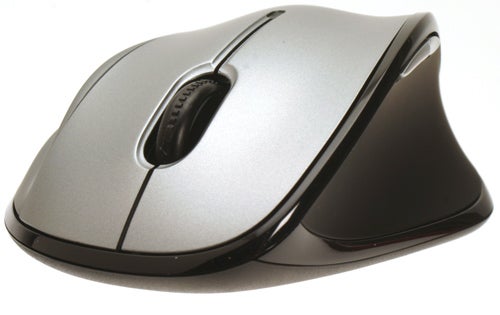 Of course, Microsoft has a 7000 out. And an 8000 (which we reviewed as part of the Microsoft Wireless Entertainment Desktop 7000 – and no, that’s not a typo; the Desktop 7000 includes the 8000 mouse – go figure). Why then are we reviewing the 6000? Simply because, much like Logitech’s G5 and G7, they are different products aimed at different users.


So how does the 6000 relate to its higher-numbered cousins? On a superficial level, they all have different styling and colour-schemes, of which my personal favourite would be the black 7000 with its metallic highlights. By contrast, the 6000, while not ugly by any means, is somewhat less attractive. 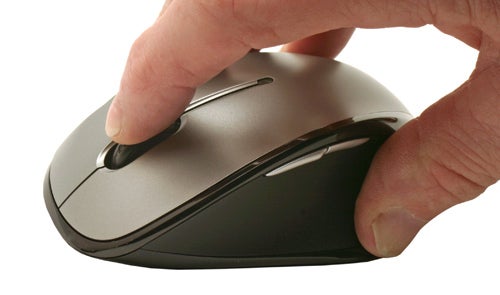 In terms of technology, though they’re all 2.4GHz wireless, the 8000 is a Bluetooth mouse, while the other two are RF. Between the 6000 and 7000, the distinction can simply be summed up as follows: if you want your mouse to be portable, buy the former. Otherwise, go for the visually more appealing 7000, which features a recharging cradle.

Importantly for users on the move, the Wireless Laser Mouse 6000 claims longer battery life than any comparable rodent in Microsoft’s range – up to six months! Another feature is referred to on the front of the box as ‘snap-in and go’, which initially had me thinking Microsoft had come up with its own, snappier (forgive the pun) version of ‘plug and play’; until I noticed the picture beside it, demonstrating what it actually meant. What it refers to is that the 6000 mouse has an indent that you can snap the USB dongle into for easy, convenient transport. 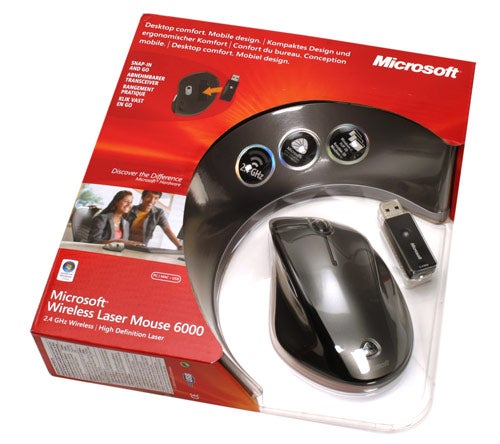 While there are other manufacturers who implement this in their wireless mice with dongles, many don’t – but they all should. I cannot emphasize enough how convenient this feature is, especially as replacement RF dongles, unlike Bluetooth ones (where your computer doesn’t already have it inbuilt), are difficult to acquire. If you’ve ever lost yours, or spent two hours hunting around for it, you’ll know just what I mean.


Not only has Microsoft included this feature, but its implementation is among the best I have seen. Thankfully your dongle doesn’t so much ‘snap’ in, as smoothly press in, thanks to a thoughtful rubber coating that prevents it getting scratched. And though it doesn’t quite sit flush with the underside of the mouse, it is held so securely that it doesn’t really need to.


Best of all, inserting the dongle into its cradle automatically turns your mouse off, meaning you’ll never waste the batteries. It’s little touches like this that remind you that Microsoft is still up there with Logitech in the peripherals market. 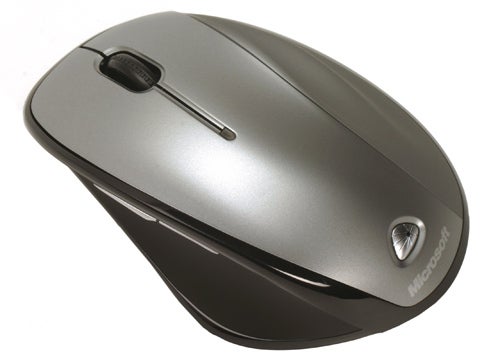 As the name suggests, the Wireless Laser Mouse 6000 uses a Laser sensor, meaning that it should work on more reflective surfaces than Optically-endowed beasties. Other standard features include the four-way scroll wheel and the two common ‘back’ and ‘forward’ buttons above your right thumb. From which you’ll probably have gathered that this mouse is purely for the right of hand. If you are a leftie – like I was once upon a time – you’ll have to go for the ambidextrous Bluetooth 8000.


In terms of ergonomics, the 6000 feels very comfortable, though it favours palm-users. Personally, I do prefer the shapes of some of Logitech’s mice or even the Steel Series Ikari Laser Mouse, but of course, this is very much a matter of individual taste and depends on how you hold your mouse, what you do with it, and the size of your hands.

The Laser Mouse 6000’s shape means your fingers rest accurately on the buttons. It features a large thumb-indent, much like on the Logitech MX1000, which is pleasantly rubberised, as are the rests for your ring and little fingers. The one disadvantage to its shape is that the 6000 is not for users who like to lift their mouse.

The scroll-wheel is almost perfect – as long as you’re not a gamer. For document and general windows use, it might have been my favourite four-way scroll-wheel, were it not for Logitech’s recent implementation of ‘microgear’. But the very thing that makes it such a pleasure to use in documents is its downfall for the demanding gamer. Because unlike many other mice, the 6000’s wheel-action is smooth, and scrolling is seamless, lacking any hint of the ‘click’ FPS fans especially will want. 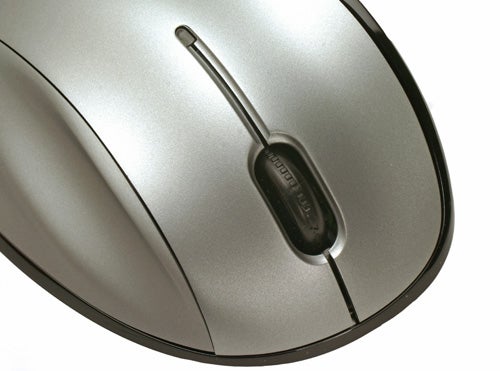 On the other hand, the included IntelliPoint software (ah IntelliMouse, we miss you) offers driver support for every Microsoft mouse ever made, including of course the Sidewinder gaming mouse. What this means is that it brings game-specific functions to the 6000, including button-remapping, extensive macro-recording, and a 180-degree turn option. The software is a breeze to set up and customise to your taste. All of which makes the scroll-wheel even more of a pity – trying to switch weapons in a frantic fire-fight is like rolling a dice and hoping your number comes up. 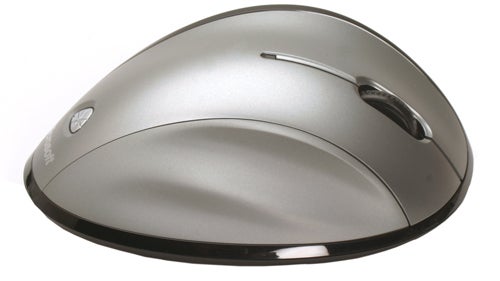 There have been some reports of lag and juddering with the 6000. While on one computer we did experience some of this initially, bizarrely, plugging the dongle into a different port seems to have sorted the problem out.


Overall, the Microsoft Wireless Laser Mouse 6000 is a very appealing package – especially for the mobile user, though keep in mind the mouse is full size. If you live in the UK it’s a touch on the expensive side, while in the US it’s great value. Unfortunately, demanding FPS gamers need not apply due to the seamless scroll wheel.