The 2012 Surface Pro was plenty fast enough, so any gains here aren’t that important. Microsoft clearly agrees as, rather like Apple with the 2013 MacBook Air 13-inch, it’s opted for a small decrease in clock speed (1.6GHz from 1.7GHz) instead of a straight clock-for-clock match to the Haswell equivalent. The result is a relatively modest performance boost with the Surface Pro 2’s PC Mark 7 score of 4,853 is only 2.3% higher than the 2012 model. It’s still a damn high score, however, edging out expensive Ultrabooks likes the Sony VAIO Pro 13 and Samsung Ativ Book 9 Plus in the same test.

It has faster graphics than the Sony VAIO Pro 13, too, scoring 50% (28,892) higher in 3D Mark’s Ice Storm Extreme test. The Intel HD 4400 chipset is by no means a speed demon, however, and sadly falls short of the Intel HD 5000 found in the latest MacBook Air 2013. But it plays any game from the Windows Store easily, and has enough about it to play some older games at reasonable settings.

Despite the small gains, by any reasonable measure the Surface Pro 2 is seriously fast. It’s just as fast as any Ultrabook you’re likely to come across, which means it eats everyday computing tasks for breakfast, while it boots very fast and slips in and out of sleep with only the slightest of delays. It’s only likely to flounder in a desktop style environment (i.e. hooked up to a large monitor and running large numbers of browser tabs and background processes), where the low-power processor and 4GB RAM may prove restrictive. 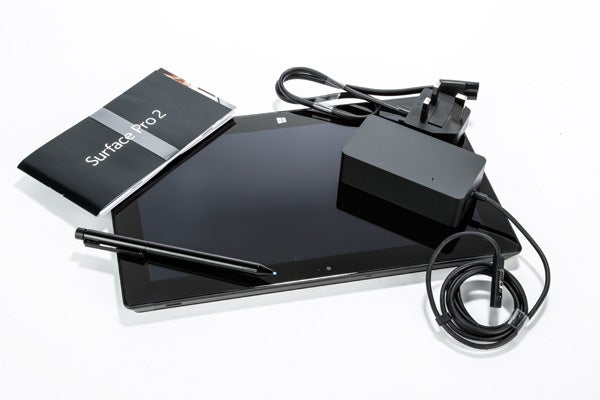 This is the real acid test. The 2012 Surface Pro lasted just four hours in the Powermark benchmark, which was poor by laptop standards and disastrous by tablet standards. Pre-launch Microsoft was making some worryingly vague claims on this front, preferring to stick to ‘up 75%’ better rather than specific numbers, but the reality is more promising than we first feared.

In our Powermark benchmark, a looping test consisting of one half web browsing, and a quarter each of productivity and video playback, it lasted a creditable seven hours and 53 minutes. This was at 40% brightness, which considering the high peak brightness is quite bright. Reduce it further and eights hours or more is eminently achievable, though 10 hours is probably too much to ask. 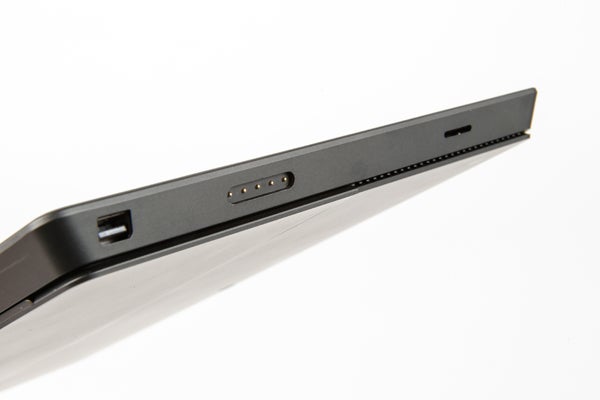 This is clearly a vast improvement on the last version, albeit not as much as Microsoft’s ‘up to’ claim. It’s long enough that it’s conceivable to use the Surface Pro 2 on and off all day on a single charge, provided there’s some downtime at least. Compared to Ultrabooks, the Sony VAIO Pro 13 lasted six hours and 14 minutes on its main battery, while the Samsung Ativ Book 9 Plus managed a similar eight hours and three minutes. Only the Sony VAIO Duo 13 managed more, a very impressive 10 hours and 8 minutes.

How you judge the Surface Pro 2’s battery life is complicated by its hybrid status. By the standards of a laptop it’s very good. Not quite as good as the latest MacBook Airs maybe, but very good. By tablet standards, however, the Surface Pro 2 is adequate rather than very good. So which is fair? On balance, the Surface Pro is more a laptop replacement than a pure tablet (perhaps 60/40 in favour of the laptop) and as such it’s hard to complain about the battery life. Would we like more? Certainly. Is nearly double the life a good enough improvement for now? We say yes. 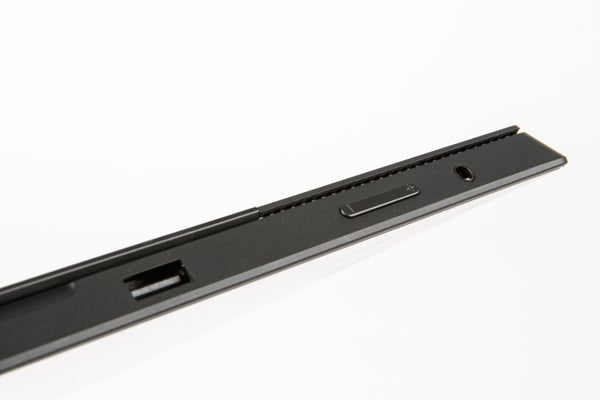 It’s not the only improvement, either. The Surface Pro 2 is noticeably cooler and quieter than the 2012 Surface Pro. The fans only really spin up when running graphically challenging applications/games and when pushing the CPU hard, whereas the 2012 edition tended to get hot and bothered after a prolonged spell of general use or video playback. The result is that, when used as a tablet. the Surface Pro 2 is cool to the touch and near silent. It’s impressive how quietly the fans spin, too.