What is the Microsoft Surface Pro?

A tough question. It’s neither a straightforward tablet, nor a tablet/laptop hybrid. It’s more ambitious. The Surface Pro is nothing less than an attempt to create the perfect PC for the ‘Post PC’ era. It’s a tablet you can use at home on the sofa. It’s a PC you can plug into a monitor and use in your (home) office. It’s a laptop replacement that lets you work on planes, trains and anywhere between. It’s a digital canvas you can take notes with on a factory floor or building site. It’s all these things. It wants to be all these things. But is it? 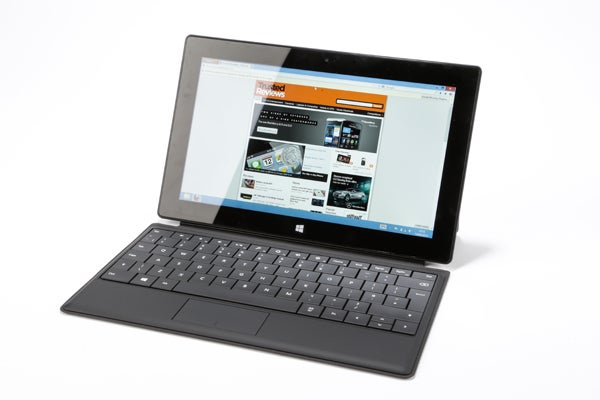 See the Microsoft Surface Pro for yourself with our video review.

The Surface Pro’s key features hint at this naked ambition. Its 10.6-inch screen is the same size as the cheaper, £399 Surface RT, but it has an upgraded 1,920 x 1,080 resolution. Instead of a weedy Nvidia Tegra 3 processor, it has a laptop-grade 1.7GHz Intel Core i5 processor. Instead of the crippleware Windows RT, it runs full Windows 8 Pro. It adds a mini-DisplayPort port that lets you connect to any monitor at up to 2,560 x 1,600 resolution. Instead of a merely adequate 2GB RAM, it has 4GB.

There are numerous smaller improvements, too. The Surface Pro has a USB 3.0 port, instead of 2.0; the touchscreen supports 10-points of touch rather than 5-points; and it comes with a Wacom digitizer pen, allowing proper pen input and hand writing recognition – a feature many a dodgy iPad stylus attempts to accomplish with little success.

Finally, there’s the keyboard covers – the touch-based Touch Cover (£99) and the traditional Type Cover (£109). They’re important because, while Surface Pro costs £719 (64GB) or £799 (128GB), neither comes with a cover. They really should. A Surface Pro without one of them… well, it isn’t complete. Add £100 or so for your cover of choice and you reach the true price of a Surface Pro.

What does the Surface Pro 2 have to offer?

Whichever you choose, it’s a hefty price to pay. But at least Microsoft hasn’t skimped on design or materials. Quite the opposite.

Now, before Microsoft fans cry bloody murder… yes, neither is a fair comparison. The Surface Pro is basically a laptop in a tablet body, whereas the Surface RT and iPad 4 use low-power processors that can’t run desktop applications like the Surface Pro. 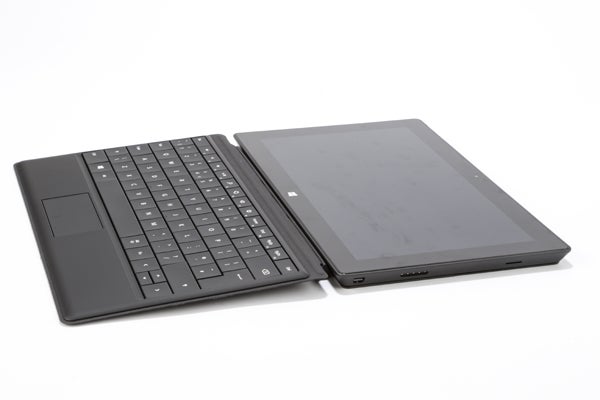 But the Surface Pro’s extra bulk has a couple of important consequences:

Neither problem is insurmountable or intolerable, but it’s a flavour of the awkward balancing act Microsoft’s all-purpose hybrid treads. 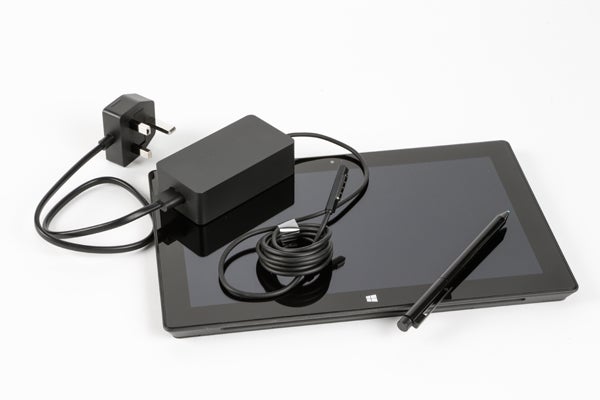 A more annoying design oversight is the lack of storage for the stylus, or digitizer pen as Microsoft no doubt prefers people call it. It’s damn annoying.

Indeed, at time of writing we’ve actually lost the pen that came with our Surface Pro, and when we did have it, it was invariably where we were not – i.e. at home when at work and vice versa. You can clip the pen onto a cover when using one, but it’s a poor substitute.

Since we’re on niggles, the magnetic charging connection is fiddly to use – a poor imitation of Apple’s mag-safe connections.