Much to admire, but Microsoft has delivered some pretty good headphones in a market where ‘pretty good’ isn’t quite good enough

What are the Microsoft Surface Headphones?

It’s sometimes a fine line between “ambitious” and “reckless”. It’s a line on which Microsoft finds itself teetering with its new over-ear, wireless, noise-cancelling Surface Headphones.

After all, this is a company with absolutely no previous experience in this product category. And by pitching such a product at this price, Microsoft finds itself up against the likes of Bose and Sony – two heavyweights in this arena with plenty of experience to draw on. 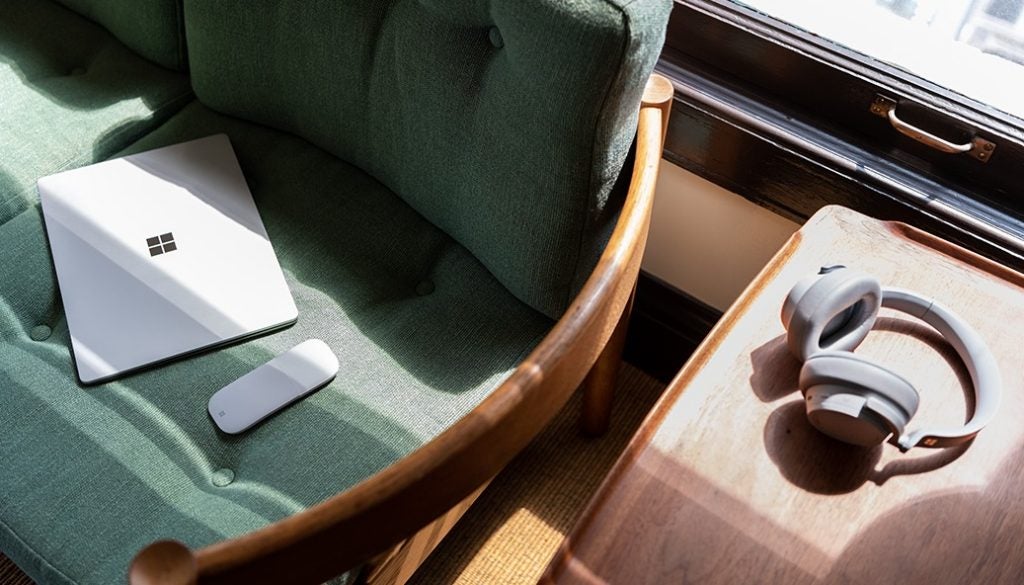 Microsoft has been enjoying something of a reinvention of late, thanks to its remarkably effective and covetable Surface range of PCs, laptops and tablets – but expensive noise-cancelling headphones aren’t its métier. And you have only to consider the cautionary tale of Apple – an ambitious company with stratospheric resources, which turned out a succession of poor headphones, so acquired an established headphone brand instead and managed to ruin that too – to know that having the will and the bankroll is no guarantee of success.

So should I laud Microsoft for its ambition, or castigate it for its recklessness? Well, that all depends…

First impressions are significant. And here, most folks’ first impression of the Surface Headphones is likely to be the same as mine: “these are very grey, aren’t they?”

There’s no harm in trying to break away from the interminable grip of the black finish. After all, if Microsoft wants to differentiate itself from Bose, Sony et al then it may as well start with the looks. But the greyness of the Surface Headphones is unyielding and relentless.

Of course, you may consider the finish understated and quite sophisticated (which is, I’m sure, what Microsoft and all its focus groups were shooting for) – or, like me, find it rather drab. 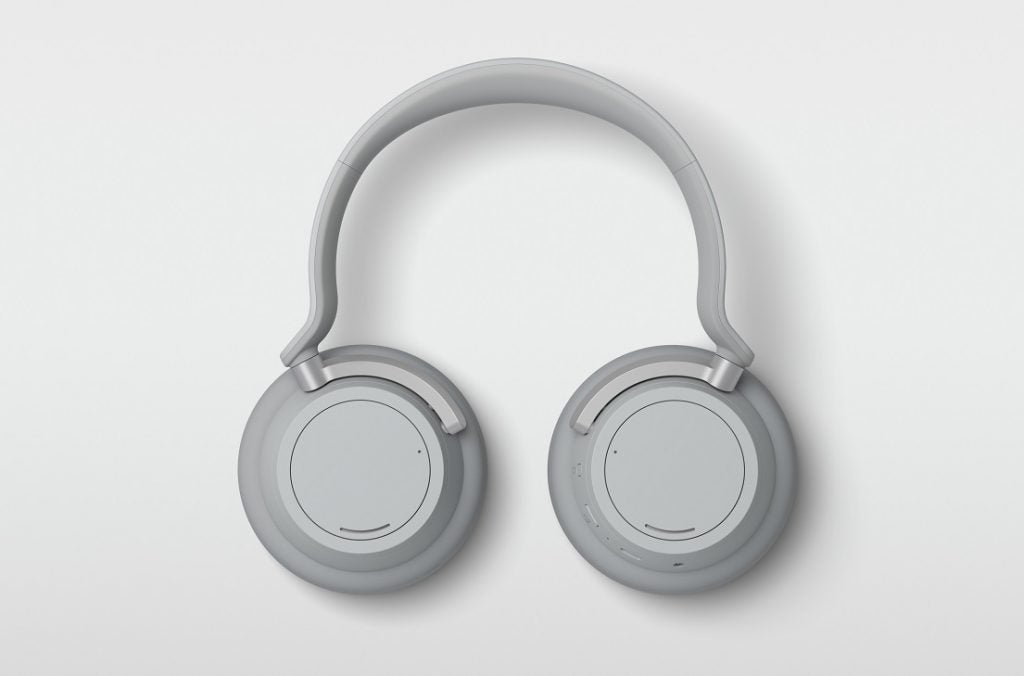 At least the plastics from which the Surface Headphones are hewn feel of high quality, and the slightly darker, padded areas (the earcups and inside of the headband) are well judged for comfort and “give”.

It’s easy to get comfortable inside the Surface Headphones, and once they’re in place they remain comfortable for hours; unlike many rival designs, they don’t heat the wearer’s ears within moments of making contact. And of course, once they’re on your head, you won’t have to look at how dispiritingly grey they are.

Aside from the choice of finish, there’s nothing groundbreaking about the overall design of the Surface Headphones. They follow the same broad design language of the class-leading Bose QC35II and Sony WH-1000XM3 wireless noise-cancellers. At 20 x 19 x 5cm, they’re of standard size, plus the adjustable headband makes them an easy wear for heads as narrow as Jacob Rees-Mogg’s or as wide as Wayne Rooney’s.

Microsoft reckons its Cortana voice assistant is built in to the Surface Headphones, but I think that’s a bit misleading. In fact, your source music player needs to have the Cortana app installed, and then the Surface Headphones listen out for you summoning Cortana (there are two mics for this purpose built in to each earcup). That isn’t really the same thing, is it?

Of course, it’s possible (and absolutely necessary in the UK, in fact) to control the Surface Headphones using an alternative voice assistant that’s even less built-in than Cortana. Should you wish to, you’ll need to use the touch-panel controls on either earcup. Just a couple of taps summons your assistant of choice, and the panels can also play/pause music, skip tracks and deal with calls. 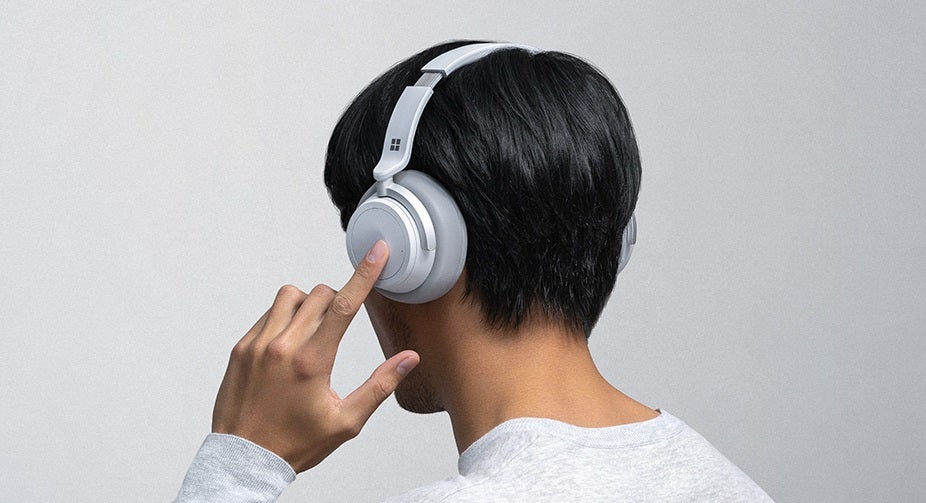 The touch panels are very effective, to the point you must take off the headphones very carefully if you’re not to issue a load of inadvertent commands.

There are further mics in each earcup to assess ambient sounds as they relate to noise cancellation. Plus, inside each earcup (covered by acoustic cloth, coloured the inevitable grey) there’s a 40mm full-range free-edge driver designed for distortion-free volume and wider-than-usual dynamic range.

The earcups are also home to two mics that assess ambient noise in order to offer effective noise-cancelling. The Surface Headphones feature 13 steps of cancellation intensity – the first setting actually boosts exterior sound, so you can stay in touch with your surrounding. After that they offer sensible gradations of cancellation; up to setting 13, at which you’re almost entirely cocooned – and without much of that sensation of pressure in your ears some alternative designs generate. 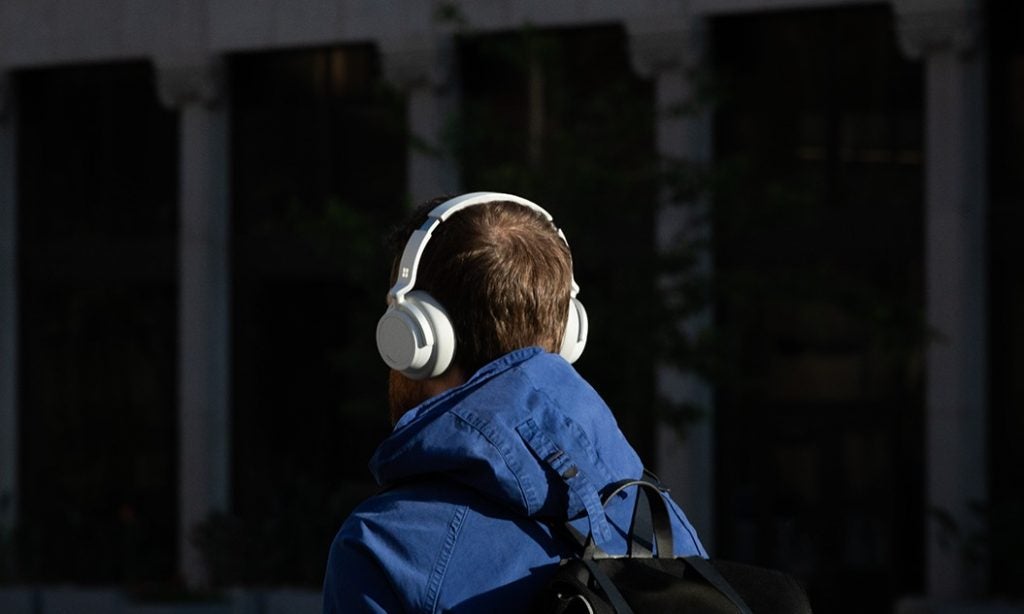 Adjusting the degree of noise cancellation is achieved via a smooth-turning, beautifully integrated dial on the outside of the left earcup. Similarly, volume is controlled by a dial on the right. It’s an elegant and well-executed solution. The right earcup also features a USB-C input, 3.5mm analogue input for hard-wired use, should your battery expire (and expire it surely will*), and a button for Bluetooth pairing. There are capacitive sensors on board to pause or resume playback when you take the Surface Headphones off or put them back on again.

(*Microsoft claims 15 hours of playback from the fast-charging Surfaces Headphones, which is a) humdrum compared to the competition and b) not achievable in my experience. In real-world use you’re looking at more like 12 hours, which isn’t impressive in the slightest.)

There’s no aptX HD for music, not even aptX or Bluetooth 5.0. Microsoft is dealing in Bluetooth 4.2 here – which, on paper at least, is the most obvious Achilles heel of the entire package, at least in terms of sound quality. For pairing, the Microsofts are rapid – and they prove incredibly grippy in maintaining contact, even if you wander an unlikely distance from your source player.

Voices are packed with information, loaded with character and nuance, and all the other mid-range sounds – mostly eccentric electric guitar, in this instance – are fully convincing. If you value a singer, the Surface Headphones will float your boat to an almost indecent degree. 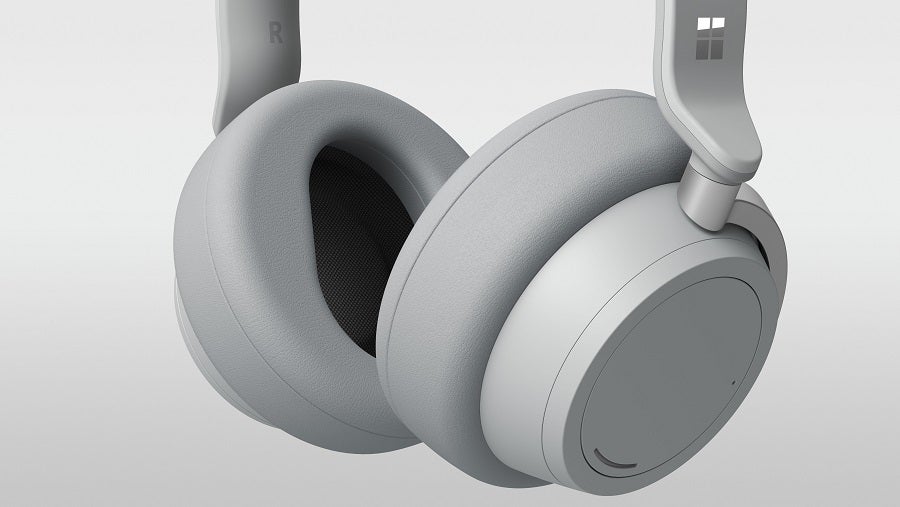 A change of emphasis, though, with a charge through Daniel Avery’s implacable “Citizen // Nowhere”, shows up some fairly fundamental issues with the way the Surface Headphones deal with the extremities of the frequency range. The bass end of a tune such as this requires a straight edge, substantial and punchy – but the Surfaces don’t have quite the strength. The low end doesn’t punch so much as it pushes – there’s plenty of presence and decent body, but the ‘phones don’t snap into bass hits as purposefully as their best rivals.

At the opposite end, the Surface Headphones handle treble sounds with a little too much conservatism. Rather than allowing all the shine and bite of Gogo Penguin’s Raven full expression, the Surface Headphones roll off the highest frequencies at the cost of some intensity of sound. It isn’t an unheard-of policy, and it certainly makes the units a sweeter-sounding listen, but it makes the Microsofts less convincing all-rounders than they otherwise might be.

Despite these sonic discrepancies, though, the Surface Headphones integrate the frequency range well, and serve up a nice sense of three-dimensionality. Their mid-range tonality alone makes them enjoyable to listen to, and their relative lack of bass impetus doesn’t stop them handling up-tempo music well.

Why buy the Microsoft Surface Headphones?

As I said at the outset, this is tough sector in which to get a foothold. And it’s true that unless you’re wowed by the finish or value noise-cancelling above music reproduction, there’s no compelling reason to pick the Surface Headphones over the Bose or Sony rivals.

Ergonomically, the Microsoft Surface Headphones stand up well – those rotary dials are a piece of engineering that never fails to satisfy – and they’re built to last. But they don’t have the low-end zip and drive demonstrated by the Sonys, and they don’t have the top-end brilliance of the Bose units. And for all their exquisite mid-range fidelity, they’re really no better at getting the details of a singer across than either of the class-leaders.

Much to admire, but Microsoft has delivered some pretty good headphones in a market where “pretty good” isn’t quite good enough.