A mouse is undoubtedly the most important weapon in any PC-gamer’s arsenal. Whether you’re playing a First Person Shooter (FPS) or Real Time Strategy game (RTS), your mouse is the difference between domination and defeat. If you’re on a budget though, finding a current-generation gaming mouse from a trusted brand is not that easy, especially not if you’re left-handed into the bargain. Enter Microsoft’s SideWinder X3, an ambidextrous gaming rodent available for just £27. 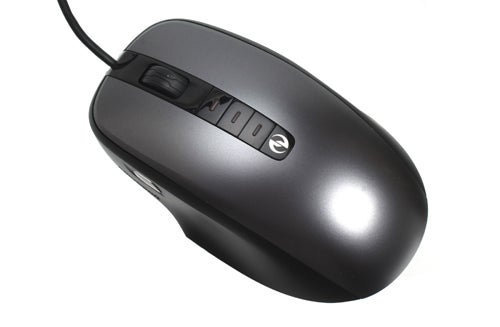 At this kind of price it’s obvious a few corners will have been cut. Starting off with the design, this is the plainest SideWinder mouse since Microsoft resurrected its PC gaming peripheral brand. Visually it’s a significant step back: there are no cool lighting effects, no fancy LCD screen, no glossy highlights or accents and no impressive metal scroll wheel.


An unremarkable combination of matte silver and black completes the top of the mouse, with a very cheap-looking plain red underside, the rear of which can be seen from a lip at the X3’s back. Its sides are matte black plastic rather than the soft-touch coating on Microsoft’s X8, the original SideWinder Mouse or pretty much any other gaming mouse around, for that matter. 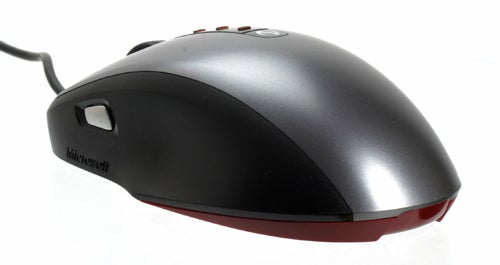 Ergonomics have also changed significantly to accommodate ambidexterity. Strangely enough, despite being right-handed where mice are concerned, I actually found the X3 more comfortable than the specially sculpted X8. This is mainly because you can position your ring and little fingers where you wish, rather than them being forced into preset positions by a sharp-edged angle as on the X8.


In fact, for either finger or palm grip users, this mouse is quite comfortable. While the former will definitely prefer the somewhat stubby Logitech G9, the X3’s length (12cm) and shape lends itself better to a palm grip.

While the scroll wheel isn’t metal, at least its broad, flat and rubberised surface makes it comfortable to use. Feedback is good too, offering decent notched scrolling and an assured click. However, in a cut that’s just a bit too much even for a peripheral this affordable, Microsoft has removed sideways scrolling, which the more affordable of its desktop mice (such as the Wireless BlueTrack Mouse 5000) have retained. This loses you side-scrolling in games which support it and two extra buttons in those that don’t – not a good thing since buttons are not exactly abundant on the X3. 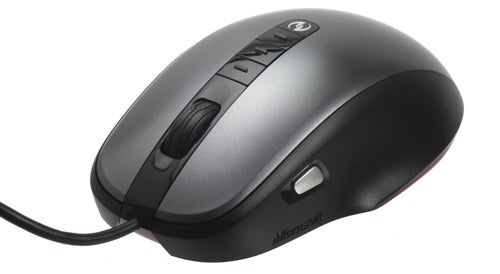 Microsoft’s ambidextrous mouse only has five macro-programmable buttons, which doesn’t compare that well with the usual gaming-mouse minimum of eight. To make matters worse, the silver ‘thumb’ buttons on either side don’t fall easily into reach, though this will concern palm grip users more than finger grip ones. Once you do manage to press them they offer a positive click – as do the main left and right mouse buttons – and they’re all easy to configure using Microsoft’s excellent IntelliPoint software.


At least there are three dedicated buttons for changing the DPI on the fly, which each have a small red LED to indicate which setting you’re using. The X3 uses a 2,000 DPI laser sensor; as expected BlueTrack is yet another casualty of the budget price. However, considering it’s still what every other manufacturer uses for their gaming mice, that’s hardly something to get upset about – especially since in our testing the X3 was perfectly responsive in even the most intense fire-fights. 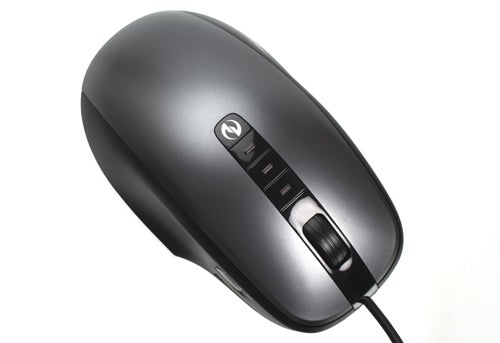 A trio of DPI-switching buttons are set into a central row below the scroll wheel, which makes the top two very accessible yet the third one a bit of a stretch. Logitech’s implementation on the G9, a very accessible rocker switch, is arguably easier to use, but this arrangement serves its purpose well enough. By default the buttons are set to switch between 400, 800 and the full 2,000 DPI, with these figures adjustable in 200 DPI increments using IntelliPoint. It would be useful were it possible to use one of the buttons for a different function should you prefer it, but there’s no option for this.


Yet another concession to the low price is the absence of an adjustable weights cartridge. While some gamers argue the usefulness of such systems, if you find your mouse is either too light or too heavy, a weights system is genuinely useful – even if in most cases it will only be adjusted once. As for the X3, at 93 grams, it’s quite light in the hand.

One area where Microsoft hasn’t held back is with the mouse’s Teflon feet, which are much larger than the X8’s. Their large surface, broad coverage and thickness gives a lovely smooth feel on most flat surfaces, matching even the most expensive gaming rodents available. In general there are no complaints about the X3’s build quality either, though it doesn’t feel as solid as Microsoft’s other mice. Last but not least, the mouse’s two-metre USB cable is certainly long enough for most scenarios. 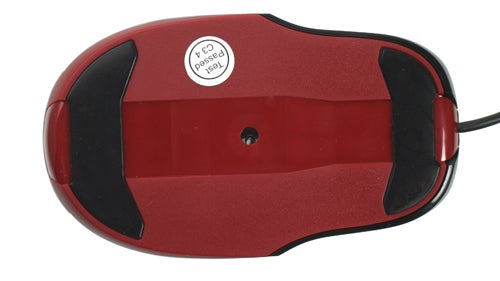 Overall then, the X3 is a basic but decent gaming peripheral. However, this £26 mouse lacks so many of the features of its pricier brethren that for most the saving probably won’t be worth it. 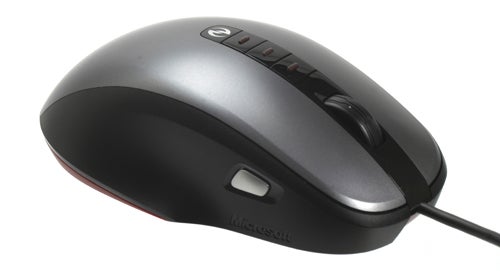 Since we reviewed it Microsoft’s own X8 has also come down in price a little and can now be found for around £55. Admittedly this is nearly double the price of the X3, but keep in mind you get 12 buttons, a metal four-way scroll wheel, weight cartridges, an LCD display for sensitivity, a 4,000 DPI BlueTrack sensor which should work on almost any surface and best of all, the option to either play with a wire attached or to go cordless with three-days’ worth of battery life.


Of course the one exception here is southpaws, for whom the above mice aren’t options. If you do belong to this rather limited demographic you’re not exactly spoilt for choice and in this case the X3 is definitely worth considering, though you might also want to check out some of the competition from Razer. 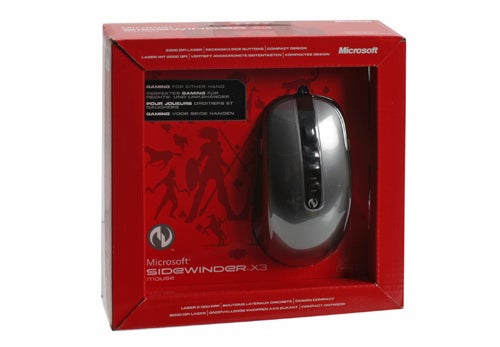 
It’s not a bad mouse by any means, but unless you’re a southpaw there are alternatives to the X3 that don’t cost considerably more but offer a greater breadth of features.