Microsoft announced its new SideWinder mouse to much fanfare. People were impressed by the feature set, with the decent 2000 DPI maximum sensitivity, on-the-fly DPI switching and extensive macro recording. Unusual buttons arrangements such as the vertically aligned thumb buttons also drew some attention, giving the SideWinder a distinct and unique look. But, does this translate into a great gaming mouse or even the “ultimate gaming mouse”, as Microsoft suggests? In a word: no. 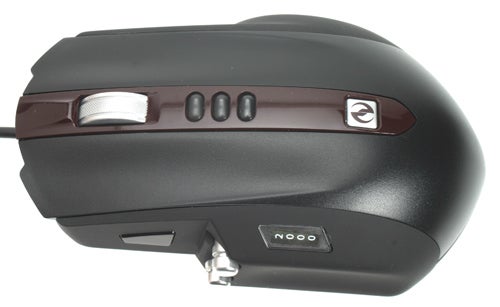 Before we get onto why, it must be noted that mice are tricky things to review; especially those mice intended for gaming. Just as everyone has a different opinion on the latest game, people’s taste in mice is invariably open to a massive range of different interpretations and tastes depending on how one holds a mouse. Moreover, since everyone essentially does whatever feels most natural to them, it’s difficult to come to any consensus. After all, there’s no class at school that teaches the proper way to hold a mouse, because there isn’t one.


For the purpose of this review it’s easiest to split gamers into two groups, though it should go without saying that even this is open to discussion. Our first group could be called Fingertip and Wrist (FTW) gamers: those who plant their wrist on the desk, manipulating the mouse using a combination of their fingertips and wrist. Our second group of gamers are the Palm and Arm (PARM) gamers, who hold the mouse more in the palm of their hand, using a combination of wrist elbow and shoulder to control the mouse. 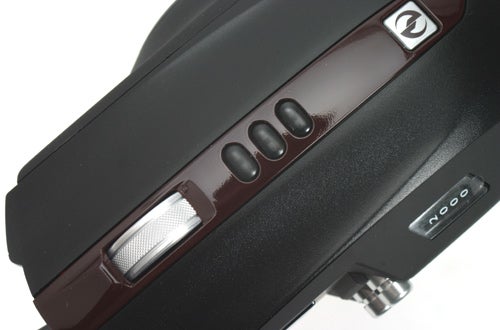 Ordinarily which camp you belong to wouldn’t matter greatly, most mice can be used by both. However, in the case of the SideWinder it’s a mouse that distinctly favours the latter Palm and Arm group of gamers. This is due to both the length (128.8mm) and the bulbous shape of the mouse, especially toward the back where the shape of the mouse pushes into the palm of the hand. Consequently, those gamers belonging to the Fingertip and Wrist clan will immediately find the SideWinder uncomfortable to use.


Why? First, the combination of bulbous design and length makes it impossible to reach the end of the mouse without shifting one’s grip completely. As a result one tends to rest with your fingers three quarters of the way up the mouse, instead of hovering over the end as they ought to. This also affects use of the scroll wheel, since it’s ultimately a little too far up while the lack of any rubber gripping means you tend to slip off the wheel from time to time. 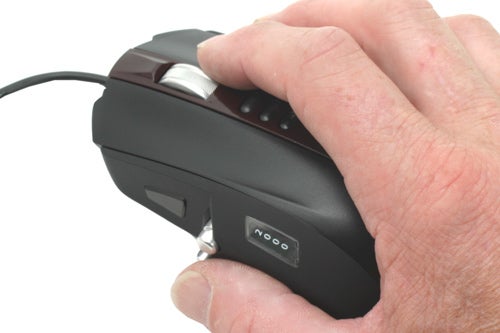 Conversely, for those Palm and Arm gamers the SideWinder is more palatable. Its shape holds your palm firmly in place, enabling you to concentrate on fragging rather than wondering if your hand is about to slip off the back. Moreover, since your hand is naturally sitting further forward, those issues outlined before are simply null and void.

It would be easy at this point to leave things as they are, noting that the SideWinder merely favours one technique over another. However, it’s clearly a weakness of design that results in this bias. Compared to latter day classics such as Logitech’s G5, recently replaced by the G9, or the more recent Razer DeathAdder, the inflexibility of the SideWinder’s design is quite galling. Moreover, criticisms of the design aren’t restricted to simply to the shape and feel of the SideWinder. There are plenty of issues that will affect all gamers, not just those that favour one style over another. 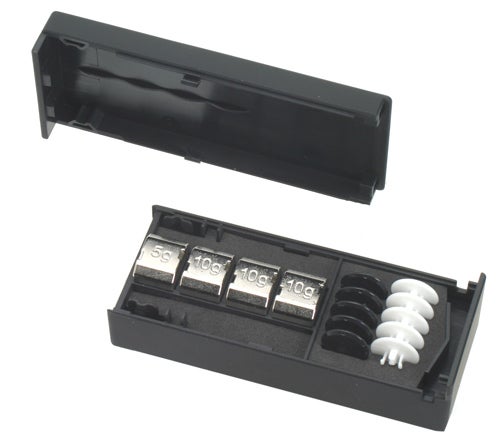 Particularly evident is the stodgy feel to some of the buttons. Neither of the primary buttons feels especially responsive, lacking the lightness and sensitivity of those on the DeathAdder. Worse, though, are the two thumb buttons on the left of the mouse. Their vertical alignment is fine and is actually quite an intelligent change; however, both buttons feel hopelessly imprecise providing very little in the way of positive feedback. For a mouse that claims a status of “ultimate gaming mouse”, these are pretty basic problems.


Happily, one thing the SideWinder doesn’t lack is features or functionality. For between £35 and £45 you get a mouse that comes with a comprehensive set of weights, one 5g and three 10g, as well as three different sets of runners – plastic, half Teflon and fully Teflon. These give you some control over the lightness and speed of the mouse over any given surface and, thanks to the five runners, which are arranged with two at the front and three at the rear, the SideWinder glides across any decent gaming mouse mat with consummate ease. 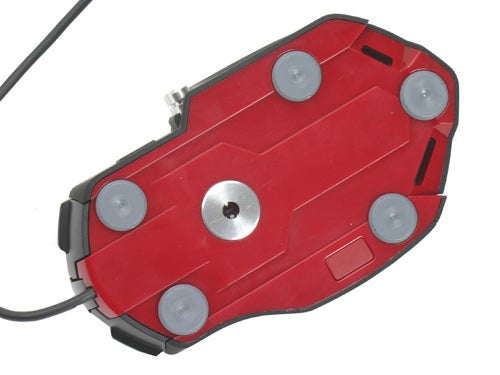 Also worthy of praise is the weight system which, though not as flexible as some, is simple and well implemented. You can place up to three weights in the mouse at any one time, with these added and removed via an easy to access drawer style system that comes out of the side. Without any added weight SideWinder weighs 126g, with this expandable by up to 30g. Vitally, this system distributes the weight evenly along the back of the mouse, providing a good sense of balance.


Another ingenious feature is the box used to house the spare weights and runners, which doubles as a cable anchor thanks to a small slot that can be accessed by sliding back the casing. It’s a smart addition, providing a quick and easy management system without the clutter of another peripheral. 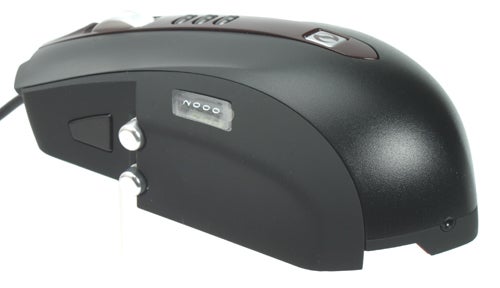 Probably the best element, however, are the three DPI switching buttons just below the scroll wheel. These enable switching to different levels of sensitivity on-the-fly, with the default being 800 DPI, 1,000DPI and 1,600DPI. However, these can be set to anywhere between 200DPI and 2,000DPI, using Microsoft’s IntelliPoint software.


Why is this good? It means you can switch from very low and very high sensitivity very quickly, which in effect means you can go from 400DPI when sniping to 1,600 for high speed action. This is especially useful for FPS gaming, which remains the genre of choice for a large majority of PC gamers, if not all gamers. Overall it’s a well implemented idea, though if we’re being picky it would’ve been nice to have the option of sensitivity profiles for different games.

An oft highlighted feature of the SideWinder is the built in LCD display. Primarily it functions as a reminder, displaying the DPI level as you switch between them. Microsoft calls this a first for a mouse, a claim I’m inclined to believe; though there’s probably a good reason mice don’t have LCD displays. When, I ask you, do you stop to look and look at your mouse while gaming? Ultimately, it’s a simple gimmick that looks great on the literature but which most will find entirely superfluous. 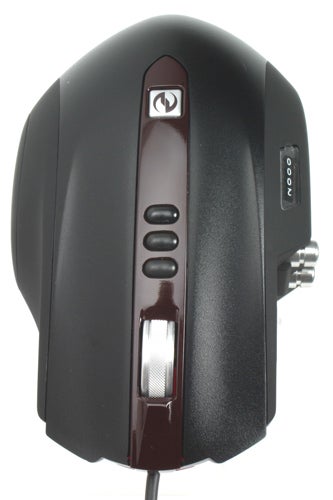 Since we’re on the topic of gimmicks, it wouldn’t be a gaming mouse were it not subject to outrageously pointless claims. As such, you may like to know that the SideWinder has image processing of 7,080 frames per second, a max acceleration of 20G and a max speed of 45 inches per second. Personally, I feel no review would be complete without quoting these truly staggering figures. Oh, and lets not forget the main Left/Right buttons which are capable of a staggering 9 million clicks. This makes the SideWinder ideal for those zap the mosquito adverts: get clicking!


Best of all in this regard though is the ‘Quick Launch’ button, situated just underneath the palm when in use. Its single use is to launch Vista’s Games Explorer, which is nothing more than a folder in Vista that detects “all” — or rather some — of the games installed on your system. It’s pretty pointless and even more so under XP, where it does precisely nothing. Since it can’t be programmed either, it’s another piece of superfluous fluff. 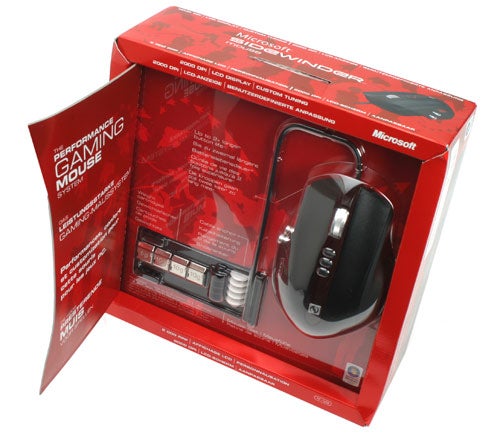 Fairing slightly better, though, are the macro recording options. You can record Macros of up to 64 characters in length, while the interface for this is intuitive and penetrable even to those not experienced in creating macros. Options are wide and diverse, while there are also plenty of pre-programmed options for changing the default functions of buttons. This is all good stuff, however with the SideWinder featuring only five programmable buttons the Macro functions will be limited by the number of buttons available to use them.


Overall the SideWinder is a deeply disappointing product that may please some, but will frustrate and annoy many more. No-one in the office was at all pleased or convinced by the shape and feel of the SideWinder, while it doesn’t make for an attractive addition to your desktop either. Mitigating this are some impressive and generous features, including a decent weight system, on-the-fly DPI switching and macro recording; however, none of them go far enough to convince. 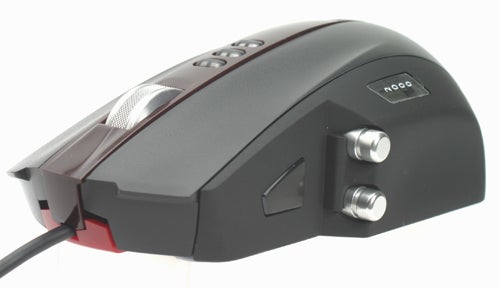 Ultimately, the SideWinder is a definite try before you buy product. Some may find its shape appealing and if so will find it a well featured mouse, capable of matching their needs in gaming. However, even then concerns about muddy button sensors remain and make Microsoft’s claims seem shallow and misplaced.


Though the SideWinder is well featured, its numerous design issues and lack of appealing look and feel make it a disappointing return for the SideWinder brand.