The use of Microsoft’s newly released Windows 10 Mobile operating system is the Lumia 950 XL’s most interesting feature.

The
OS is part of Microsoft’s ongoing bid to create an all-in-one OS that runs across all device categories. It shares the same core
code as the desktop version of Windows 10 – which in theory makes
it easier for developers to create a special type of Universal App that
will run on both PCs and smartphones.

On paper, Windows 10 Mobile
is a massive upgrade to Windows Phone 8. It adds a number of cool new
features that will radically help to improve Microsoft’s mobile application
offering – which previously was a little lacking compared to that of iOS and
Android.

Continuum and Windows Hello are two of the new OS’s most notable features. With Continuum users are able to turn the Lumia 950 XL into a functioning desktop PC through the use of Microsoft’s Display Dock.

The Display Dock isn’t available yet,
but will cost £70 when it launches. It will let you connect the Lumia
950 XL to an external monitor, keyboard and mouse. When connected the
phone will bring up a slightly simplified variant of the desktop version
of Windows 10. From here you’ll be able access the desktop versions of
Universal Apps, such as Microsoft Office, the Edge browser and Netflix. 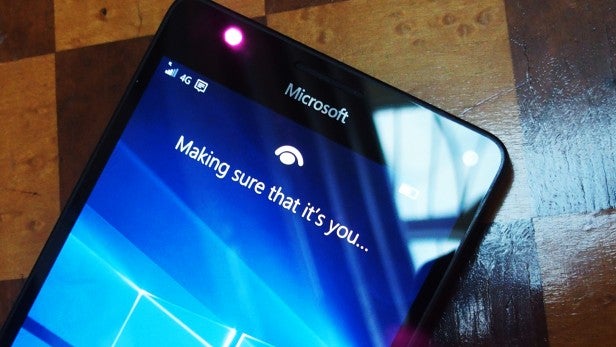 This
sounds great and is definitely one of Windows 10 Mobile’s most
interesting and potentially useful features. Sadly, my review unit
didn’t come with the Display Dock, so I haven’t had the opportunity to put
Continuum through its paces – I’ll be sure to update this review the moment I get my
hands on one.

Windows Hello is a security-focused iris-scanning
technology. It’s unique to Windows 10 Mobile and is currently in beta. It
works by creating a 3D map of your iris – which is apparently a more
unique and secure biometric key than fingerprints. You stare into a special sensor on the front of the Lumia 950 XL
whenever you want to unlock the phone or make purchases in the Microsoft
Store.

You may think these features, combined with Universal
Apps, mean that Windows 10 Mobile is finally ready to take on Apple and
Google’s reigning iOS and Android operating systems, but sadly this
isn’t the case.

As it stands, the benefits of Windows 10’s
unifying core code are yet to take off and the OS mobile app offering is
still lacking. So far, outside of the notable exception of
Netflix, there aren’t many non-Microsoft Universal Apps currently
available. 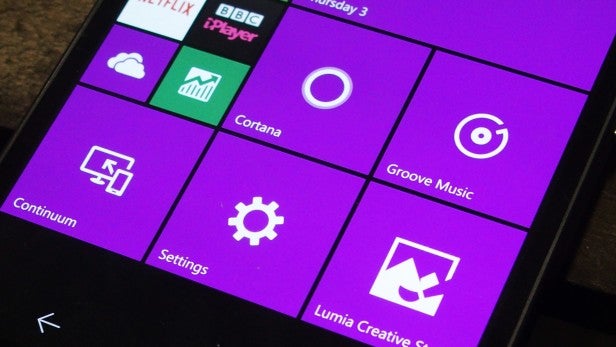 Many existing applications look a little
neglected. Both Facebook and Twitter are in need of a significant update, sporting archaic-looking UIs from the days when Microsoft Devices went by the name Nokia.

This won’t be an issue for existing
Windows Phone fans, but it will prove a huge annoyance for Android and iOS
users. It makes it slightly difficult to recommend the Lumia 950 XL to
anyone but business-folks and Microsoft fans.

However, with big-name companies including Facebook confirmed to be working on Universal Apps, this could soon change.