The
Lumia 950 XL is powered by a 3,340mAh battery, which Microsoft claims will
survive 9.5 hours of web browsing and 10 hours of video playback off a
single charge.

I found this quoted life to be a little optimistic. I
generally managed to get a full day out of the Lumia 950 XL with
moderate use, but in heavy use saw the battery deplete fairly quickly.

The phone also loses significant power in sleep mode. Whenever
I retired to bed with both the Lumia 950 XL and Nexus 5X charged at
100%, by the following morning the Microsoft phone would have lost 10%-plus of
its charge. The Android would have lost a meagre 2-3% by comparison.

Moderate
use entailed using the Lumia 950 XL as my primary work and personal
smartphone. This involved sporadically listening to music, regularly
checking my email and social media feeds, making and taking a few calls,
and watching an episode of Adventure Time on my commute home from work. 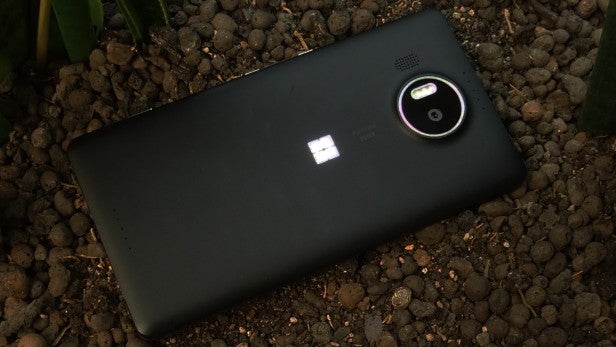 Video
streaming on Netflix hit the Lumia 950 XL fairly hard. On average I
found that the phone would lose between 14-20% of its charge per hour of video
streaming. This is well above the 10-15% rate I’ve seen delivered by other top-end
phablets.

Gaming resulted in a similar loss. Playing
Halo: Spartan Assault, the Lumia 950 XL lost between 18-25% of its charge
every hour – again, not great if you plan to use the Lumia to entertain
you on long-haul flights.

The use of USB Type-C and fast-charge technology does partially make up for this, with it quicker and
easier to sporadically top up the phone’s battery throughout the day. I
found a solid 15 minutes at the mains got me at least an hour
of juice from the phone.

I’m yet to
find a smartphone with truly excellent speakers – and the Lumia 950 XL
doesn’t change this. The speakers suffer a poor low-end, even by
smartphone standards. Cranked to its maximum volume, I also noticed some
signs of distortion, particularly with guitars and drums.

That
said, the speakers aren’t the worst I’ve experienced. At moderate
volumes they don’t sound overly tinny and are more than good enough for watching videos.

Call quality is also very good. Taking calls on a
busy London street I never once struggled to hear what the person on
the other end of the line was saying. 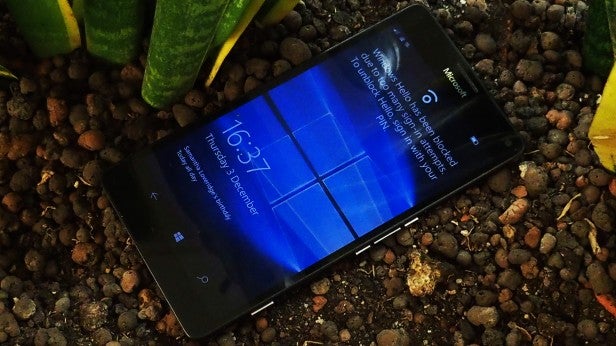 If
you liked Windows Phone then you’ll feel right at home with the Lumia
950 XL. It doesn’t offer the best design, but for Windows fans it will
tick all the right boxes.

However, for Android and iOS users
it’ll be of little appeal. Microsoft is working hard to fix Windows 10
Mobile’s app shortage but, in its current state, the iOS and Android stores
offer more variety and better quality services.

The Lumia 950 XL
also isn’t the best value phablet out there. Google’s competing Nexus
6P serves up equivalent specs, a nicer design and a more developed app
ecosystem while costing close to £100 less. For most people, I’d recommend opting for the Google phone.

The Lumia 950 XL will work for existing Windows Phone users – but iOS and Android fans will remain disappointed.

Share your thoughts on the Lumia 950 XL in the comments below.