These new Lumia phones are here to showcase one thing: Windows 10 Mobile. Just like its desktop counterpart, Microsoft has jumped from version 8.1 straight to 10 – but while the PC experience sees significant improvement, the Mobile remains very much the same.

There are a few worthy new features, but visually it will be instantly familiar to anyone who has used Windows Phone 8.1 (or 8) in the past. 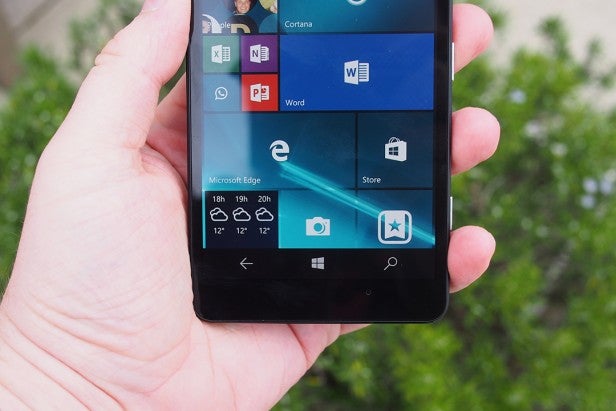 The main homescreen is made up of resizable Live Tiles, which flip around, throwing out titbits of information. The Outlook tile, for example, shows recent messages, while the tile for Spotify displays a recently played song. They’re handy, plus it’s nice to see something other than pages and pages of app icons.

Swiping in from the right brings up a list of all your apps, while pulling down from the top takes you into quick-settings and a list of your latest notifications. Once you get used to how different the interface is from iOS and Android, you’ll discover that as well as being pleasing to the eye, it’s also simple to navigate.

There are a couple of new features that really stand out in Windows 10 Mobile, although sadly, I haven’t yet had the opportunity to try out the one the shows most promise – Continuum.

This essentially turns your Lumia into a mini-PC by allowing you to plug it in (through a dock that’s sold separately) to a monitor, keyboard and mouse. Proper Universal Windows apps, of which there are very few currently available, will scale up to fit the screen, and you’ll still be able to use the phone. Sadly, Microsoft wasn’t able to provide a dock in time, so I’ll provide an update to the review as soon as I can get my hands on one.

The other stand-out new feature is Windows Hello. Neither of the new Lumia phones include fingerprint scanners, something that’s become the norm on iOS and Android. Instead, they have iris scanners. It sounds futuristic, but in my opinion I don’t find them as useful as fingerprint sensors. 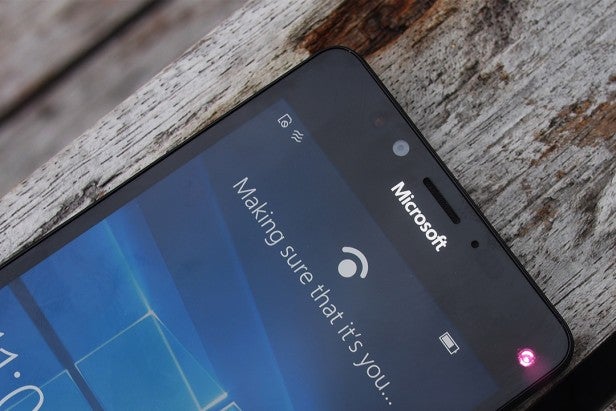 Setup is simple, although I’d advise completing the process at least three times to increase the accuracy. Once it’s turned on, you shouldn’t have to worry about inputting your pin. Well, that’s the idea.

Since it’s an iris scanner, you need to be looking at it directly and from a close proximity for it to work. For instance, I can’t unlock my phone while it’s on a table, looking at it from an angle.

Also note that a bright red light shines out of the top of the Lumia 950 when Windows Hello is initiated. This is necessary, but annoying when it’s dark. I’d have much preferred a fingerprint sensor on the back.

Microsoft Edge is the browser of choice here and it’s fast, plus it syncs well if you use it on the desktop. In addition, the whole Office and Outlook suite come preinstalled too. This would once have been quite a boon, but Word, Outlook and many of the other applications are now available on a number of other platforms. In some cases, such as Outlook, the iOS and Android versions offer a better design and more features. 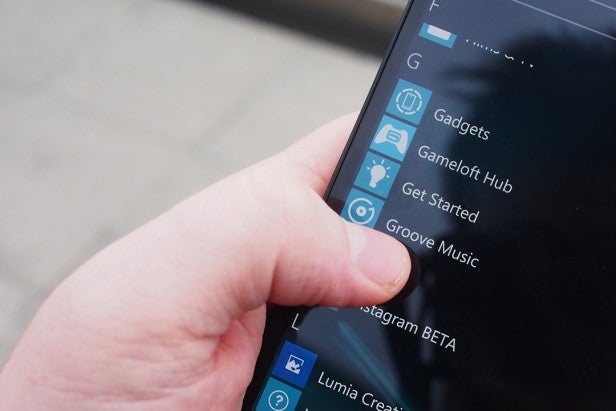 Bugs are pretty common too, although no more so than first versions of competing operating systems. Apps force quit themselves quite often, buttons become unresponsive so you have to perform a soft-reset, and frame-rate drops occur when pulling down the notifications toggle.

Bugs I can contend with – but Windows 10 Mobile is still massively let down by its serious app problem. It isn’t only the lack of apps – although this is still a problem – it’s that the apps themselves are of such poor quality.

Take Instagram, for instance. Unlike rival apps, the Windows app doesn’t offer support for video, or any of the new filters, and it’s still tagged as “Beta”. The same is true of Twitter and Facebook. Windows 10 Mobile may have all the “major” apps, but they’re nowhere near as complete and up-to-date as iOS and Android.

Microsoft says Universal Apps that work across all Windows 10 devices should solve this problem – and Facebook is currently working on an updated version – but these promises have been made before and the situation remains the same.

General performance is superb. The Qualcomm Snapdragon 808 paired with 3GB of RAM is a popular combo in 2015 and it works to good effect in the Lumia 950.

Opening up apps, scrolling through pages in Microsoft Edge and so on, is a smooth experience. Gaming is great, too, with rarely any lag or dropped frames – although the selection of titles on offer is limited.

The majority of our normal suite of benchmarking apps are either no longer supported by Windows 10 Mobile or simply don’t exist on the platform, but on Basemark OS II the Lumia 950 scored 1,318. That puts it above the Nexus 5X (1,182), but way below other flagships such as the  iPhone 6S Plus (2,367).

The only issues seem to come from Windows 10 Mobile being a little buggy in places, resulting in the notifications panel dropping frames every so often. Some of the slower animations also make it seem laggier than it really is, similar to how it was in Android Lollipop. 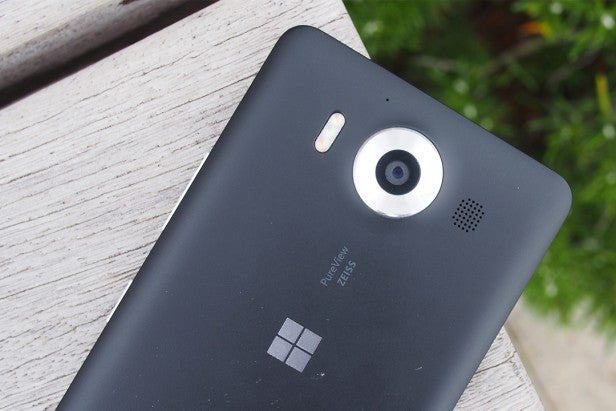 32GB of internal storage comes as standard and there’s a microSD slot buried behind the back panel that will let you expand that storage by 200GB.

On the back there’s a tinny speaker that distorts almost as soon as you jack the volume up. After being spoilt by the speakers on the HTC One M9 and Moto X Style, this is a firm knock back to where we were three years ago.

Call quality, on the other hand, seems on par with pretty much every other phone out there. At least on Three’s UK network. Calls are crisp and no-one moaned about my voice sounding distant.