If you’ve picked up a Windows Phone recently, then it’ll be a very familiar place on the 640 XL. There’s the main tiled homescreen and an Android-style dropdown notification bar where you can toggle on/off settings. Swipe left and you’ll get a list of all the apps and software organised into one long list.

With Denim 8.1, you can now thankfully put tiles into folders, so you can pretty much ignore the second screen. One of the best additions though is Glance screen. It basically displays the time along with notifications for email and texts when the screen is off and in a low power state. It’s a really simple idea, but it’s one of the more subtle additions that works really well when you don’t want to hammer the battery. 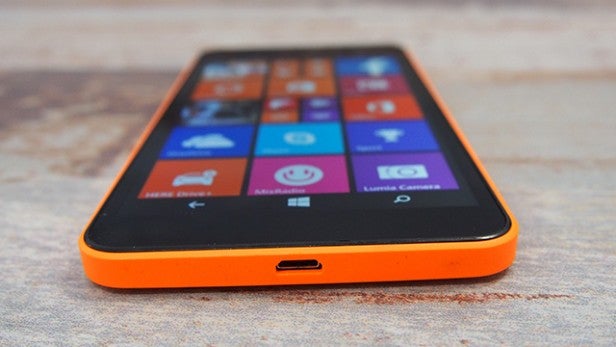 The most high-profile new feature is Cortana, Microsoft’s answer to Siri and Google Now. It’s still in beta, though, and it shows. To get the virtual assistant ball rolling there’s a pretty lengthy process of telling Cortana what you like, what you read and so on. Once that’s all done, you can say “Hey Cortana” and get some hands-free help.

Voice recognition feels a little laboured and at times inaccurate. The Interests feed is very Google Now-esque in its approach and we quite like the Shazam-like music search. It doesn’t always just give you the information you need though, opting to push you into apps instead. We’re sure it’ll get there, but at the moment it’s not that helpful or well integrated into the operating system.

Away from the new features, there’s some very old and persistent problems and they lie at the door of the Windows Store. Quantity and quality has not dramatically improved since we last picked up a Lumia to review. While the Windows Store does have some of the big hitters, there are still many missing in action. A lot are also just portals that open up websites. Hopefully the more unified app approach in Windows 10 will solve the app problems, because it’s still a big letdown.

If you like your preloaded apps, well there’s plenty of them on the Lumia 640 XL. Aside from stock additions such as the calendar and calculator, there’s Fitbit, Here Maps, a collection of Lumia camera apps and a host of Microsoft ones. That includes health and fitness, Sport and the great MixRadio app.

That amount of preinstalled apps exposes a pretty big problem and that’s storage. There’s 8GB, but it’s actually closer to 5GB when you discount what’s already being used. We installed the latest Asphalt game, which is over 1GB, and didn’t have much room for anything else. So you’ll want to do some deleting or invest in a microSD card. 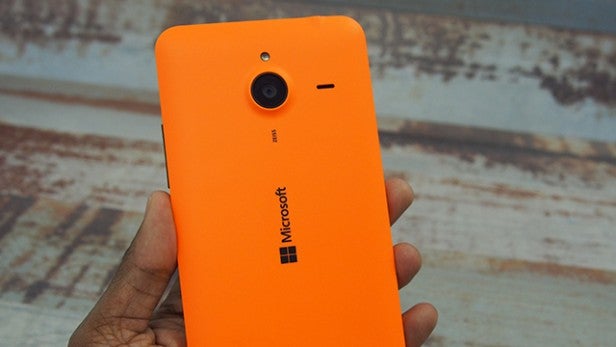 Being a mid-range phone, the 640 XL has a mid-range processor setup. It’s the same 1.2GHz quad-core Snapdragon 400 processor you can find in cheap Android phones like the Moto G 2. That’s accompanied by 1GB of RAM and an Adreno 305 GPU. It’s not the latest 410 processor powering the majority of new Android phones, but it’s still an efficient performer that keeps Windows Phone running smooth. That’s clearly helped by an operating system that doesn’t appear to put a great strain on the quad-core setup.

Due to the limitations of the Windows Store, we can’t apply the same benchmark tests as we do for Android phones but WP Bench does give you an idea about the capability of the GPU and CPU. In the speed test it scores a 230.31, which is somewhat less than the Lumia 930 (505.48) but does score closer to the Lumia 1020 (225.12).

When you push it to its limits running a graphically demanding game like Asphalt 8: Airborne, the processing power copes well. There’s no lag or noticeable frame-rate drop. It can get a little warm around the back, but nothing like the overheating issues we’ve experienced on more expensive phones.