Metro Redux is yet another triumphant port for the Nintendo Switch, presenting a duo of brilliant survival horror shooters to an audience who might have never experienced them before. While they've been burdened with noticeable visual compromises, they still look and perform competently enough that you'll hardly notice the difference.

If I’ve learned one thing since the console’s launch almost three years ago, it’s never to underestimate the Nintendo Switch.

It has proven time and time again that it can surmount obstacles far larger than than we ever expected. Franchise giants such as Overwatch, Doom and The Witcher 3: Wild Hunt have found comfortable second homes on the hybrid system, albeit with a few noticeable compromises.

Now, 4A Games is set to join this esteemed club with the release of Metro Redux, bringing a duo of post apocalyptic shooters to the platform with frankly stunning results, especially when the context of their original release is taken into account. Proving a testing bed for modern hardware upon their original launch, both Metro 2033 and Metro Last Light have been brought to Nintendo Switch with an astounding splash.

Like most porting efforts, this isn’t the ideal way to experience these games. If you’re in possession of a more powerful console or gaming PC, we’d opt for improved performance and visual features over the convenience of portability. However, there’s no denying what has been achieved here. Aside from a few visual blemishes, Metro Redux shines on the Nintendo Switch. Now let’s dive in and discover why. 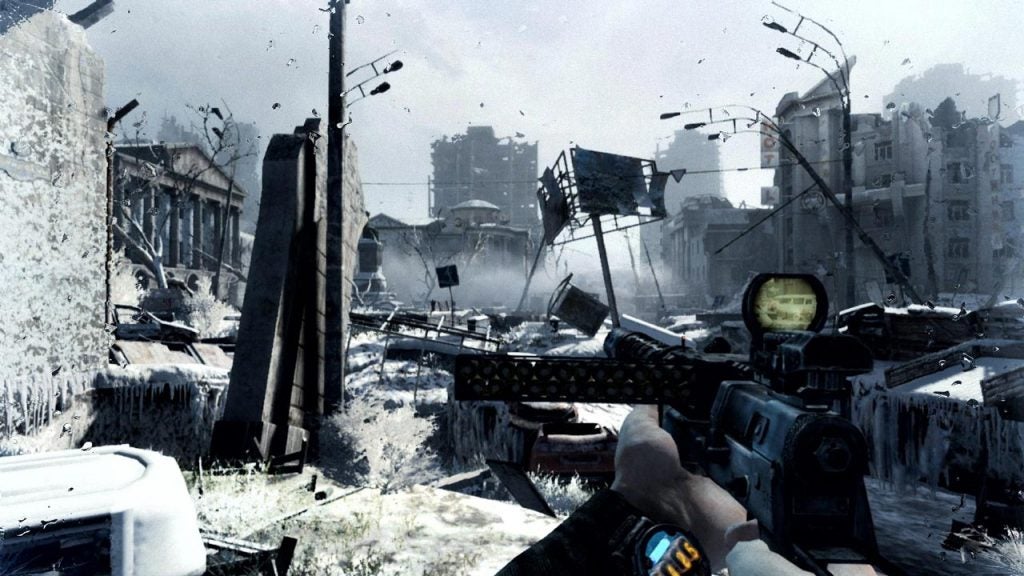 The Metro franchise is based on the novels by Dmitry Glukhovsky, following a character called Artyom in a world ravaged by nuclear winter. After the bombs dropped on Russia, the environment becomes awash with unstoppable snow, deadly mutants and lethal radiation. So, humanity finds shelter in underground subway tunnels, parts of human infrastructure that are miraculously untouched from apocalyptic devastation.

Remnants of the human race spend decades underground, forming a new society with their own political ideologies and methods of survival, learning to adapt with horrific creatures who also call these dim, dark caverns their home. Travelling between settlements should be an easy task, but here it’s a matter of life and death. So, you remain isolated, with rangers such as Artyom being one of the brave few who dares rise to the surface.

It’s a compelling premise, and one that makes for a horrendously tense survival horror experience. But Metro isn’t like traditional shooters. The guns and equipment you carry are heavy and unwieldy, damaged after years of ageing in a society that doesn’t have the resources to maintain them. Firearms are prone to jamming, while precious items such as medkits and gas masks are few and far between.

This makes each new section a beautifully tense experience, whether you’re navigating claustrophobic tunnels in the company of radioactive tarantulas or braving the surface where winged beasts lay, waiting to swoop down and carry you away. You rarely feel safe, which makes the moments of quiet oddly whimsical. There’s still beauty to be found in this world, you just need to work unbelievably hard to uncover it. 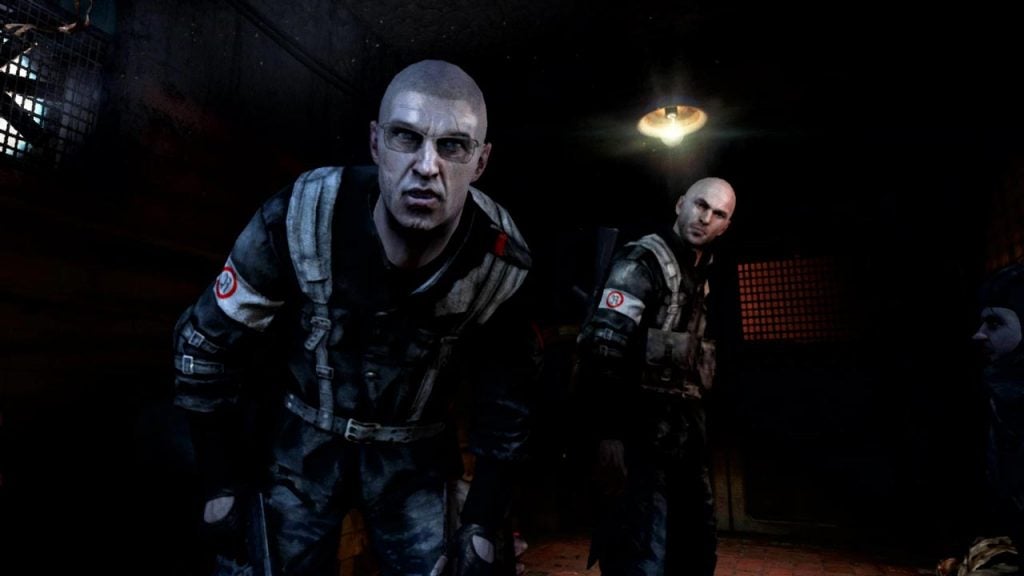 4A Games has done a brilliant job bringing Metro 2033 and Last Light to Nintendo Switch, ensuring both titles run at a relatively solid 30 frames per second with a stable resolution in both portable and docked mode. They look excellent – without directly comparing them, they honestly stand up against their console counterparts. Obviously, specific graphical features such as enhanced lightning and improved textures are lacking, and certain things look undeniably blurry from a distance.

However, in the grand scheme of things, such instances aren’t so easy to notice when playing on the small screen. On such a size the world and characters look exceptionally sharp, with performance drops and potential latency issues falling to the wayside on both the launch console and Lite model – each of which I used for this review. When docked the occasional blemishes were noticeable, an evident blur seen across certain environments while turning the camera. It’s far from unplayable.

One qualm I have with portable play is that both games are overwhelmingly dark, given the majority of your time will be spent underground with little more than a torch lighting your way. This can make parsing exactly what’s in front of you a little difficult unless the brightness is pumped all the way up, both in the game and on the system itself.

This feels like a weird oversight, since I literally couldn’t see where I was going when playing on the Switch Lite in the office, straining my eyes to decipher where enemies were; or if I was just walking blindly into a nearby wall. Knowing this, Metro Redux could be something for playing in the comfort of your own home, perhaps fitting in a few spooky sessions before bed instead of grinding through it on the morning commute. 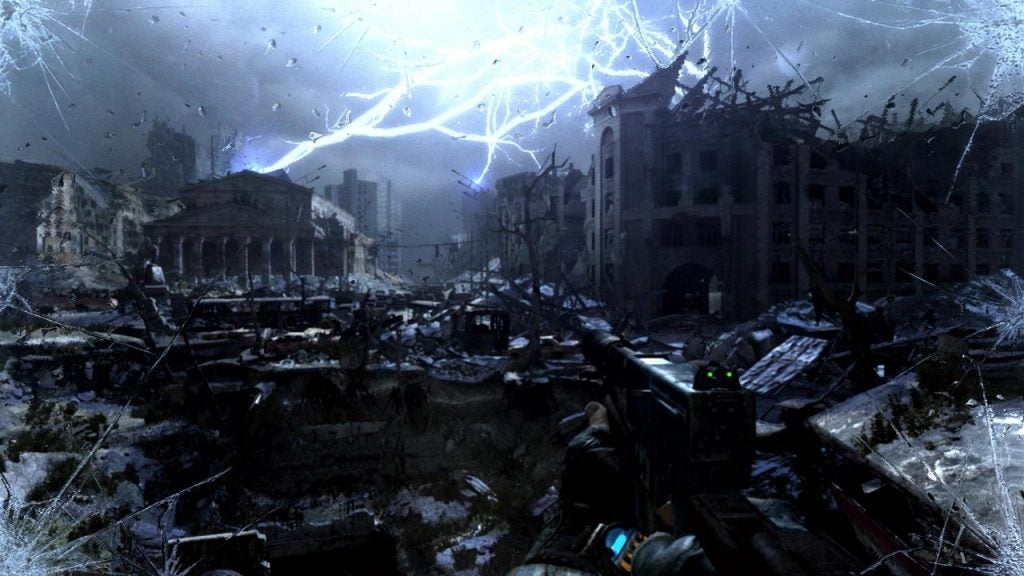 Lighting issues aside, 4A Games has produced two excellent ports here, and the attractive gameplay loop of exploration, stealth and visceral gunplay remains intact. Metro doesn’t have the satisfying twitch shooting from Call of Duty; in a way it almost feels frustrating as you deal with unwieldy weapons prone to breaking under your command. But the mechanics breed paranoia, making the world feel more threatening and alive as a result. It’s a delight to play, and feels like a small miracle on the Switch.

Metro Redux is yet another triumphant port for the Nintendo Switch, presenting a duo of brilliant survival horror shooters to an audience who might have never experienced them before. While they’re certainly burdened with noticeable visual compromises, they still look and perform competently enough that you’ll hardly notice the difference.

Like many porting jobs, this isn’t the ideal way to experience these games. However, they primarily exist to serve a new audience, while offering hardcore fans another avenue to experience them.

Metro Redux for the Nintendo Switch isn’t without issue then, but it’s hard not to be taken aback by what’s been accomplished here.