What is the Meta M1?

The Meta M1 is a good-looking but limited smartwatch designed to act as a companion to your smartphone. It provides an array of data and alerts throughout the day, ranging from weather conditions and news updates to incoming emails and text messages.

However, there are very few functions the M1 can manage without a smartphone providing the data. So, the M1 becomes yet another smartwatch that serves merely as a sort of gadgety middleman between the user and his or her phone. With an entry-level price of $149, rising to $249 depending on options, the buyer will feel as though the M1 should do more, especially when set against new entrants such as the Pebble Time. 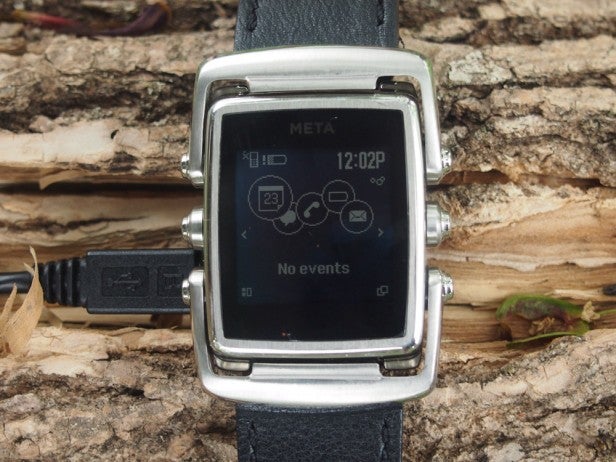 Meta grew out of the long-standing, mass-market fashion watch manufacturer, Fossil. That “aesthetics first” philosophy shows in the M1’s design. Meta kept the watch body thinner than many makes, forging a watch two inches long, 1.5 inches wide and only a quarter of an inch deep. 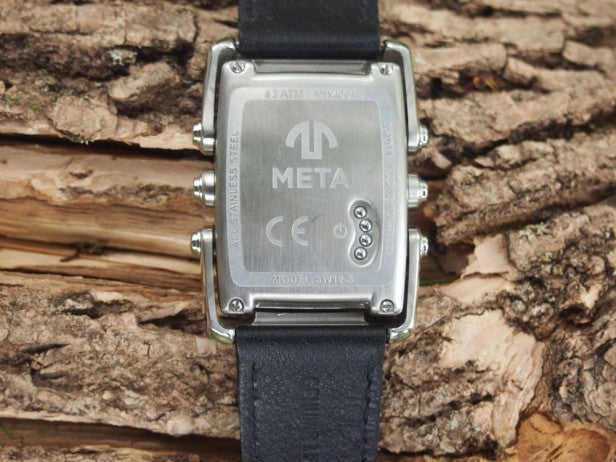 To guarantee a consistent good fit, the M1 includes hinged strap lugs above and below the face. Those big lugs connect to the band, allowing the watch to ride the wearer’s wrist movements fluidly. The watch feels solid on the wrist, but not too heavy. With such a beefy case, the watch’s sensitive high-tech guts should be well protected and the watch should endure well over extended wear.

All that adds up to a watch that feels substantial and looks very striking. It strikes the eye as mature, yet modern — solid and well-built. The would-be buyer could wear it with pride — even while wishing it did more and was easier to use.

The M1’s user interface employs four buttons at the corners of the watch face. The top and bottom buttons on the right side circle through the watch’s various functions, while the bottom-left button activates and engages those functions. The final is a backlight that boosts the screen’s illumination slightly, though it isn’t hugely effective. But even after reading the watch’s instructions, it takes a while to get used to it. Something so simple ought to be easier to use from the off.

Regardless of the materials chosen for the casing or the band, the M1’s 1.3-inch, 128-pixel LCD screen remains the same in each unit. It uses a grayscale design relying on starkly outlined black and white visuals. The outlining can be reversed to fit lighting conditions, but the level of screen illumination can’t be increased or decreased. Meta has fitted an anti-scratch lens over the LCD, adding to the M1’s overall aura of toughness. 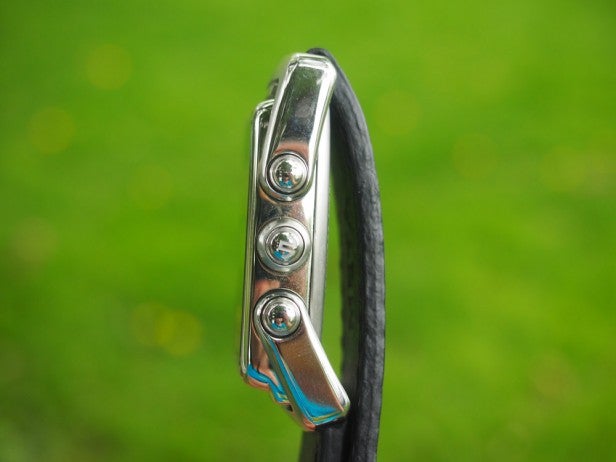 Underneath its LCD screen, the M1 packs an accelerometer, compass, GPS, heart-rate monitor and magnetometer. However, since it doesn’t come with its own built-in app suite, it’s vague as to how these built-in features work for the watch. The M1 is also splash resistant and waterproof down to 1m.

But the main problem with the Meta M1 is that it doesn’t do all that much. It lacks any apps or built-in functionality beyond its ability to communicate with an Android or iOS smartphone. Turn-by-turn directions from Google Maps are about as advanced as things get, but it’s hardly a unique feature.

The M1 lives and dies with its Bluetooth 4.0 connectivity, since it’s relaying your smartphone data and functions to your wrist. The Bluetooth seems touchy during setup, as both an iPhone 6 and a Samsung Galaxy S4 struggled to make that initial connection. Once that bridge is built, though, the Bluetooth stayed connected fine.

From there on, the features of the M1 rely on the features of your phone. As long as the phone is in range, the M1 will keep you alerted to those trying to contact you, to the weather, to important updates from your calendar, etc.

Like all models of Meta watches, the M1 relies on a free iOS and Android app to link phone to smartwatch and to control which functions and data the pair share throughout the day.

That app’s best feature is allowing the user to scroll through a review of the various other apps on the phone that can send alerts (in the iOS Notification Center, for example) and approve or deactivate those alerts individually for the watch.

The app also controls how the watch speaks to you. Does it vibrate? Does it flash the display? All of the above? That comes in handy in any environment in which you mute your phone and must also mute the watch.

But the M1 lacks the kind of app support that makes the Pebble range a success. It does the same basics reasonably well, but it falls short beyond that. 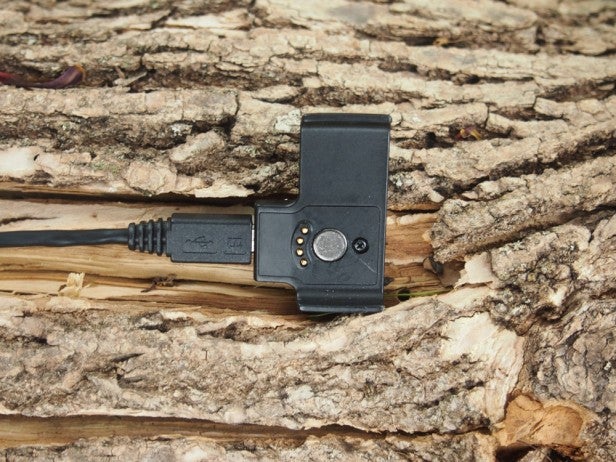 The M1 charges off a clip-on cradle linked to a power source via Micro USB. In testing, the watch charged from dead to fully charged in just over two hours.

In use, Meta’s own documentation claims the M1 will work for five to seven days between full charges. However, that number only remains in effect so long as the Bluetooth function isn’t engaged. Constant Bluetooth connectivity and ongoing communication back and forth with a smartphone greatly reduces the battery life.

In our tests, with Bluetooth up and running, we found that the watch not only needed to be recharged daily overnight, but it would occasionally need a boost during the workday. That’s very poor for what is a relatively limited smartwatch – it’s similar to the Apple Watch and Android Wear smartwatches, but the Meta is nowhere near is advanced as they are. 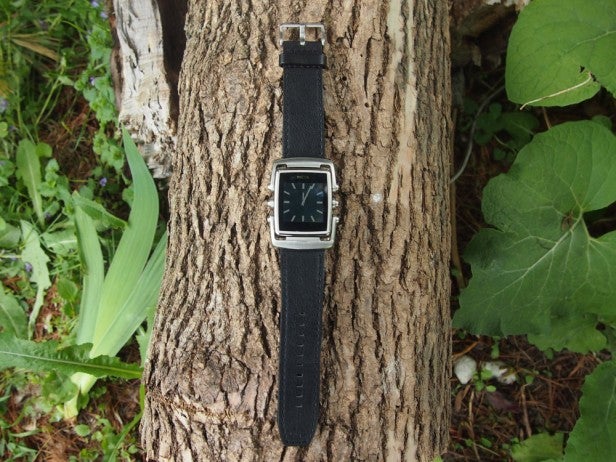 When you consider the M1 was priced north of $400 when it first premiered and now retails for considerably less, it’s not a stretch to theorise that it hasn’t sold as well as hoped. Meta might be looking to clear inventory.

Made solidly and sure to hold up well with daily wear, the M1 would justify a purchase if it simply did more to earn its smartwatch label. Its lack of app support and poor battery life is a killer combination, and not in a good way.

The Samsung Gear series was already doing more before the M1 arrived, and the Apple Watch began lapping up the market from the day Cupertino released its timepiece. The Pebble Time, meanwhile, is a much better option if you want something cheaper and longer lasting.

While good looking and solidly made, the Meta M1 amounts to little more than an alert system with rather poor battery life.