Despite Nintendo selling enough Wii consoles to guarantee a near permanent worldwide shortage, even Wii owners such as myself maintain a semi-conscious wariness about the console. It’s easy to appreciate the revolutionary controls, the elegant design and sheer chutzpah of Nintendo to create such a thing. But, since its release, the widely predicted post-launch games shortage has come to fruition. A combination of caution and intransigence from many publishers and developers has meant that only now, with the Wii confirmed as a resounding retail success, has meaningful development begun.


In which case, with the sporadic exception of Nintendo, quality Wii titles have been hard to come by. It doesn’t help that Nintendo of Europe has instigated a drip feed policy, holding back potential classics such as Trauma Center: Second Opinion that launched with the console in North America. Thankfully, though pickings are slim there’s fun to be to be found if you look hard enough. Mercury Meltdown Revolution is a case in point, and if you need a Wii fix then you could a lot worse. 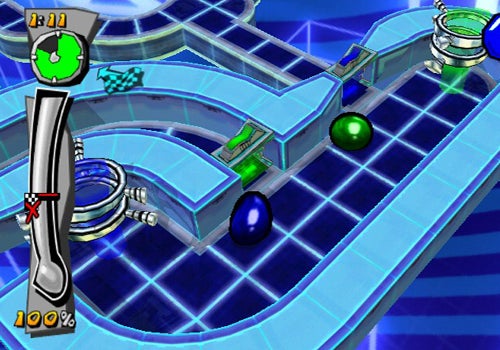 Follwoing in the footsteps of the likes of the classic Marble Madness, and modern day take Super Monkey Ball, the Mercury Meltdown series started out on the PSP, but has since made its way to the PS2 and now to Nintendo’s Wii. Considering the gameplay mechanism this seems a logical progression, a fact that quickly becomes apparent when you begin to play the game.


In the game you steer a large blob of mercury around hazard filled environments, using the motion sensing of the Wii Remote to tilt the environment and move your blob. You hold the remote horizontally, using the D-pad to rotate your view when necessary, and pressing 1 and 2 to zoom in and out. 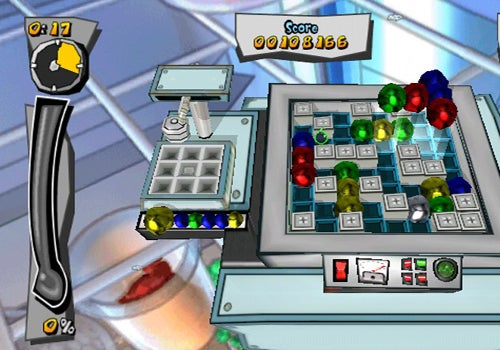 Upon loading the game there’s a quick and very informative tutorial. It introduces you to the many obstacles and challenges you’ll have to deal with to complete each stage. Starting from the beginning of any stage you have a number of things to consider. Since Mercury is a liquid metal, it can be split, spilt and ultimately lost. Most levels are open and suspended, meaning there are no barriers and the primary challenge of the game is simply to reach the end of any stage with as much of your original blob of mercury intact. On the left is a bar which shows how much of your blob remains, and more you maintain the higher your finishing score will be.

You also operate under a time limit, albeit one that isn’t critical. Each stage has a par time, and you gain points for every second under that time but you don’t fail for not making it. It’s just as well too, because despite a simple premise MMR is by no means a walkover.


The initial stages do a great job of introducing all the different elements, at first individually and then combining them as the complexity begins to ramp up. Colour plays an important role; with many levels having gates and switches that require you to change the colour of your blob to correspond. 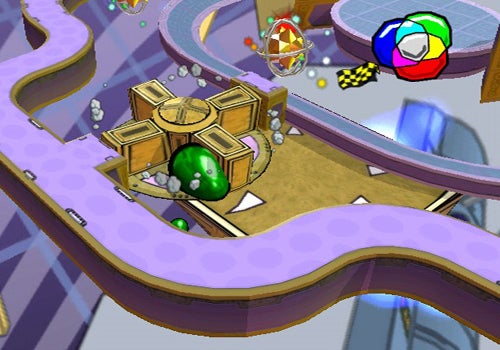 This also requires mixing colours, since the painting points only pertain to the primary colours: Blue, Red and Green. To mix colours you must split your blob using the scenery, colour each blob accordingly and then remerge them to get the correct tone to activate the gate, switch and so on. There’s a colour code in the top right corner too, so if you weren’t paying attention during primary school art then you needn’t worry.


Building upon this are the different forms your blob can take. Okay, so a blob is always a blob but its properties can change from normal, hot, cold and solid depending on temperature. When in its hot state the blob runs faster and breaks up more easily, when cold it’s slower and more compact and when solid, well, it’s a solid. All these states serve a purpose, and provide added challenges based on the design on the level. 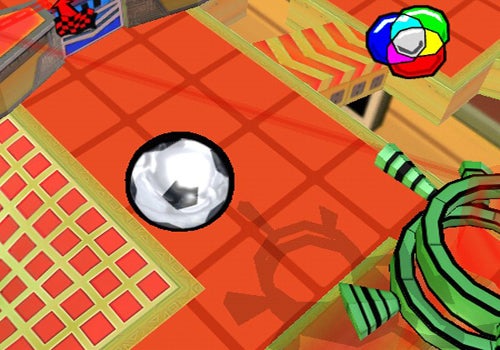 These are all interesting, though on their own, basic gameplay elements, and there are a variety of other factors, such as the Mercury devouring creatures and traps, which one must also traverse as you progress. Ultimately, it’s the ingenious and constantly challenging level design that brings all these disparate elements together to make this the compelling game that it is.

Mercury Meltdown Revolution navigates the fine line between variety and challenge perfectly, nothing is repeated too readily and anything new is quickly and seamlessly assimilated into the gameplay. Even when you complete a level there’s an immediate sense that you want to go back and do it better; to collect all the bonuses, make it to the end with all your mercury blob intact and all within the time limit. 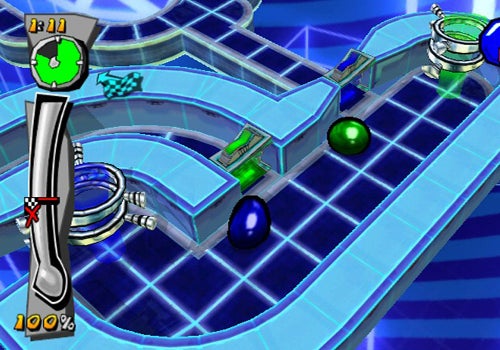 To aid in this there’s a ghost system, so you can follow and compete against your last attempt and see where you can save time. As you become more adept you can see where shortcuts can be made, and though risky they’ll always be worth it. It’s just a shame Nintendo hasn’t got its act together with online features sooner since online ghosts, scoreboards and other niceties would have added a great competitive element to the game.


Beyond the main single-player campaign, however, there isn’t a great deal to look at. You can unlock a selection of ‘Party Games’, though these are rather piecemeal in nature and are barely worth looking it. Thankfully, there’s enough in the main campaign to make up for the lack of alternative game modes. That it has this and near perfect Wii Remote utilisation makes it a sign of better things, and hopefully others will follow suit. 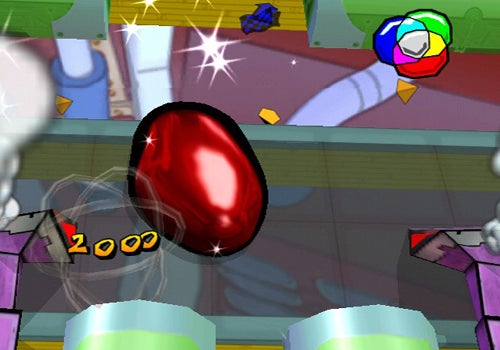 
Mercury Meltdown Revolution does all the things many early Wii titles, particularly from third parties, haven’t done. It uses the Wii Remote in an intelligent way that’s easy to understand, and perform. Add this to some inventive and well thought out design, and it’s a recipe for a great Wii puzzler that should entertain you while you wait for something meatier. Wherefore art thou Mario, Samus: anyone?