Touch-sensitive interfaces are often a cause of much debate in my circle of technology-obsessed friends and colleagues. Some like their immediacy, elegance and infinite flexibility; some hate the lack of feedback and the fact they can’t physically feel the controls. But when it comes to MP3 players, there’s no doubt that if done well, they sell – the rip-roaring success of Apple’s iPod has proved that. The trouble is it’s a difficult trick to pull off, and for that reason, most major manufacturers have given up and gone back to plain old buttons. 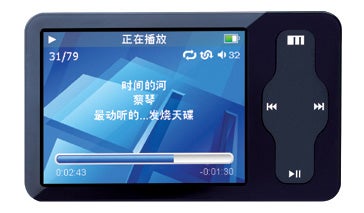 Little-known Chinese firm Meizu still thinks that the clickwheel nut can be cracked, however. And if its latest flash player – the Mini Player SL – is anything to go by, its confidence would appear to be not without foundation. Let’s get one thing straight before we go anywhere, however – this is no copycat rip-off. Meizu has taken a completely different tack with its control. Instead of a touch-sensitive ring, here you have a large, cross-shaped four-way clickable button with a touch-sensitive surface. 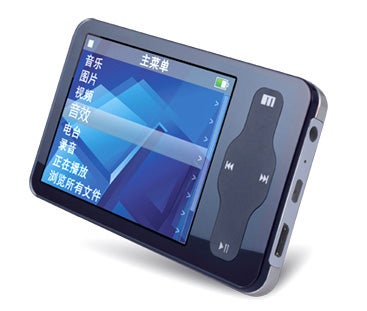 Amazingly, it’s just as instantly usable as Apple’s system and in a matter of moments you’ll be happily swiping your thumb up and down the pad to whizz through long track lists and to adjust the volume as well as dragging your finger across it to select and play tracks and change settings. It’s a very well-thought out control system, and one that’s notable for its reliability. Unlike the rather quirky scroll groove found on the iAudio 7, this works reliably, and in exactly the way you expect it to – it’s a touch more sensitive than the nano’s control, and requires a little more care to select tracks accurately, but that small trade-off pays dividends when it comes to navigating long track lists. The Mini eats these for breakfast…then asks for an extra banana.


The Mini is not only well designed from a usability point of view, but physically and aesthetically it’s impressive too – it bears all the hallmarks of considered design. The matt-finish aluminium back and sharp-edged glass frontage can’t quite match the panache of Apple’s accomplished curves, anodised finish and crisp detailing, but it still results in one of the more stylish flash players I’ve come across in the last year. There are slick style touches: the hold switch on the top edge of the device borrows its design directly from Apple’s iPods with its simple lines and red indicator to show it’s on, and the flush-mounted headphone and mini-USB sockets on the right edge just add to the sense of class.

However, things do start to diverge, and a swift glance at the specifications suggests that the Meizu Mini is the more accomplished player. For starters, it has a considerably larger 320 x 240 2.41in screen than the nano’s cramped 2in display – and this is in a package that’s not much larger either (it’s 78 x 46.5 x 7.3mm – WxDxH, if you’re interested in the raw figures). On it you can watch Xvid format video at 20 frames per second – you’ll have to convert footage using the supplied software, but it’s no different to most pocket flash media players. What is different is the quality. It’s super bright and sharp, and makes up for what seems like a relatively slow frame rate. In practice it’s perfectly feasible to watch TV episodes and even short movies on this screen without giving yourself a headache. 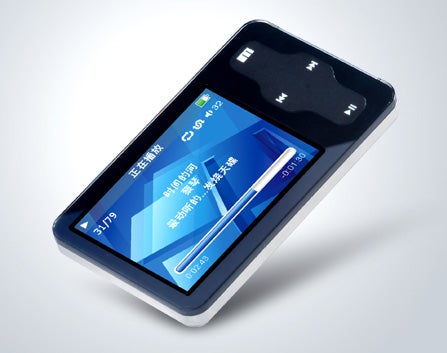 Music file format support is also very impressive. In fact, aside from the highly impressive iAudio 7, the Mini has the broadest format support of any pocket-sized flash-based player I’ve come across. Not only can you play back MP3 and WMA files, but also OGG, APE, and the lossless formats WMA Lossless, FLAC and WAV. This is truly a player for the music aficionado, though in a slightly disappointing turn, there’s no AAC support and, as a consequence, anyone looking for spoken word support is also going to be disappointed – there’s no support here for the Audible Book format. 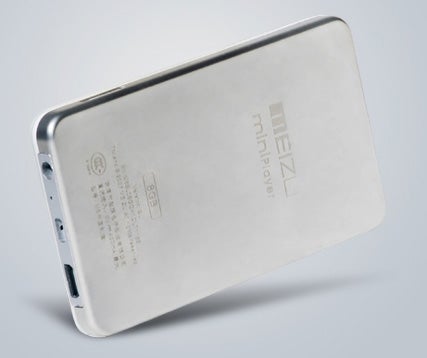 On the plus side, the Mini can be switched from MTP to MSC mode, so you can also play DRM-restricted WMA files if you’ve been foolish enough to purchase any. Battery life is impressive too, quoted at 36 hours of continuous audio use, compared to the Apple device’s 24. And there’s the usual selection of extras, from games through to utilities such as a stopwatch, calculator and calendar, plus a microphone for voice recording. The UK player’s FM tuner has been disabled for import tax reasons, but can be reactivated with a firmware update (though doing this, according to the advancedmp3players website, will invalidate your warranty).

Alas, sound quality is not as strong as the rest of the package, and in this key area, the Meizu fails to match the iPod nano, and lags far behind superior products such as the Sony NWZ-A829 and the Creative Zen. Its biggest problem is that it simply lacks punch. I fired up Simple Kid’s excellent ”Staring At The Sun” and hooked up my reference Grado headphones and the result was thin, insipid music with very little bassline and slightly muddy details.


Next, I moved to Biffy Clyro’s ”Love Has A Diameter” and found a similar lack of dynamics. Listen to the same track on an iPod nano and the drums leap out at you; here they sound flat and slightly muffled, as if the life has been sucked out of them. Thinking this may have been an issue with the large and demanding headphones I’d just plugged in, I tried a pair of Denon’s £140 AH-C751 earphones instead, but the result was the same – the Mini was sorely disappointing.

Kings of Convenience’s quieter acoustic style of music really hammered this home. There’s simply a lack of atmospherics, airiness and musical information that’s there in spades with the likes of the Sony, Creative and iPod nano. I even played around with the EQ and “Spatializer” settings to see if that would fix the problem. Interestingly there are presets for different types of headphones, included, and these did seem to improve the dynamic range of the player, but no amount of fiddling could eradicate the cotton wool sound, or add the detail that seemed to be missing.


I’ve never seen a flash-based player match the iPod’s touch-sensitive interface in terms of sheer pick up and playability as the Meizu Mini Player SL does. Its controls are simply superb, and it looks wonderful too.


Not only that, but it’s slim and sleek, boasts a great screen, has impressive file format support and is pretty cheap for a player of this capacity. But, alas, sound quality is a big disappointment. It’s flat, fluffy and far behind the competition.