What is the Meizu M5?

The M5 is Chinese firm Meizu’s latest stab at the budget smartphone market. It’s an import-only model, however, with only a select few retailers in the UK actually selling the handset.

With its 5.2-inch display and 4G connectivity, this is a budget phone that many less demanding users will appreciate. However, up against the Xiaomi Redmi 3, its appeal is limited. 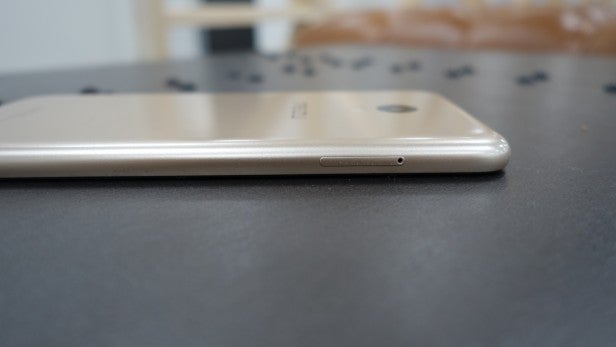 The M5 feels as cheap as it is. The plastic shell is relatively robust but it doesn’t stand up to increased pressure, plus it’s prone to picking up sweaty marks almost as soon as you start using the phone. Other phones use a material that allows moisture to dissipate, but this isn’t the case here; there were multiple occasions whilst using the M5 where I had to wipe it on my shirt to keep it from becoming slippery.

Its slippery nature isn’t helped by the smooth curves around its edges, and in fact, the first thing I did with the M5 was to drop it onto the floor of a bus. To its credit, it survived unscathed. 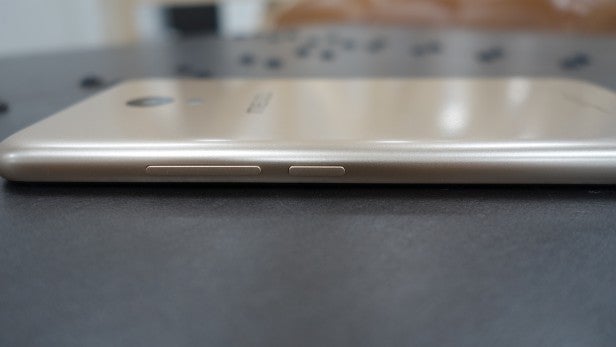 The handset weighs just 138g, which is pretty light for a phone of this size. Its 8.2mm thickness is also very pocket-friendly.

Along the top edge of the phone you’ll find nothing of note, while on the left side there’s a SIM tray that supports two micro-SIM cards or one micro-SIM and one microSD card. On the right there’s a volume rocker and standby button that protrude just enough to be easy to use.

Finally, a micro-USB connector and 3.5mm headset jack sit alongside the microphone and speaker grilles, both of which are fairly large and attract quite a lot of dirt.

The 13-megapixel camera and dual-tone LED flash are found on the back of the phone and sit completely flush with the M5’s shell.

The most interesting feature – and one that you won’t often find on an ultra-budget phone – is the fingerprint reader/home button combination. I’ll talk more about both in the Software section.

The 5.2-inch LCD screen is perfectly serviceable, if unremarkable. It was bright enough to use outdoors on a sunny day, which is about all you can ask for at this price. The ambient light sensor did have a nasty habit of overcompensating indoor lighting, however, ramping up to maximum brightness even though I had the phone set to minimum brightness. This happened on several occasions
. 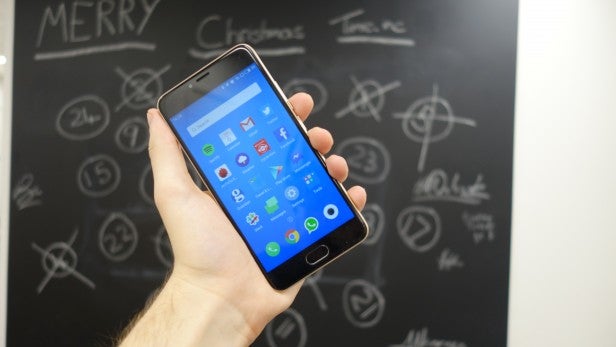 In terms of colours, the screen is pretty drab, but for £100 it’s hard to ask for more. The 720 x 1,280-pixel resolution is fine for the size, but doesn’t hold a candle to devices offering a Full HD resolution.

Viewing angles are excellent: even when viewed from extreme angles both vertically and horizontally, the picture remained sharp.

The M5 runs on Meizu’s own Flyme operating system, which sits atop Android 6.0.1. Initially, you’ll only be given access to Flyme’s own app store, which in all fairness contains a good number of the apps you’ll use reguarly, including YouTube and Facebook. However, after a few minutes of use I was prompted to install Google Play Services, which provided access to the regular Play Store.

The OS itself isn’t great, and it’s hard to completely eliminate its oddities by simply installing a new Android launcher. First, there’s no app drawer, which means you’ll have several homescreens chock-full of apps that you may not even use regularly.

Second, the notifications system is inconsistent. A particular annoyance is the way it handles third-party notifications. Apps such as Spotify, which have a constant notification icon when playing, show up as speech bubble notifications instead of the Spotify logo.

Downloading or updating an app? Speech bubble. Playing Netflix? Speech bubble. Message? Speech bubble. It means I couldn’t trust the notifications bar and had to constantly check whether or not I had a message – which is a super-strange software feature.

The other slightly unusual feature is the home button, which is used for three different purposes.

First, via the fingerprint scanner, it can be used to unlock the phone. It’s a much slower scanner than those found on more expensive phones and it’s less reliable as well, but that didn’t stop me finding it a very useful feature.

However, you have to wake up the phone before using the scanner, so you can’t simply place your thumb on the button and wait. But on a positive note, there aren’t many phones at this price with fingerprint scanners. 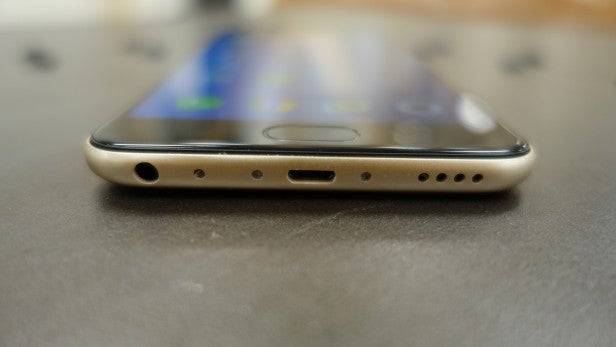 In addition to taking you Home, the center button also functions as a Back button. To go Home you physically depress the button; to go back you simply tap it. This became familiar following a couple of days of use, but it never felt particularly comfortable.

Flyme OS also offers a form of multi-window support, but the screen’s resolution is too low and the phone too slow to properly take advantage of it. It also only works on certain apps, such as Facebook and Twitter.

To access this, and the Overview menu to see your running apps, you swipe up from the bottom of the screen. It’s far too sensitive for my liking; I found myself constantly swiping up from the bottom accidentally and being kicked out of whatever I was doing. I’d prefer it if Meizu used onscreen Back, Home and Overview buttons instead.