Capcom’s Mega Man Legacy Collections are lovingly put together archives of the Blue Bomber’s original titles, packed with rad supplemental material and new challenges. As such, it was only a matter of time before the Mega Man X series of games received the same treatment. Again, it’s split across two separate collections – but this time around, there’s a very distinct divide in quality across the two.

See, unlike the original games, which were of a consistent quality throughout the series, Mega Man X is incredibly front-loaded. The first game remains the pinnacle, a masterpiece of an action platformer that combines the need for mechanical skill and quick pattern recognition of the original Mega Man titles with a much greater scope. You can return to any stage once you’ve completed it and use your gained abilities from beating the bosses to access new areas, find health power-ups and secret armour pieces that unlock powerful new techniques.

The extra wrinkle to the classic run and gun formula that exploration affords makes for a super-fun gameplay core. It ensures that the first four X games – the first three SNES ports and the fantastic-looking first PS1 outing, X4 – all hold up brilliantly. 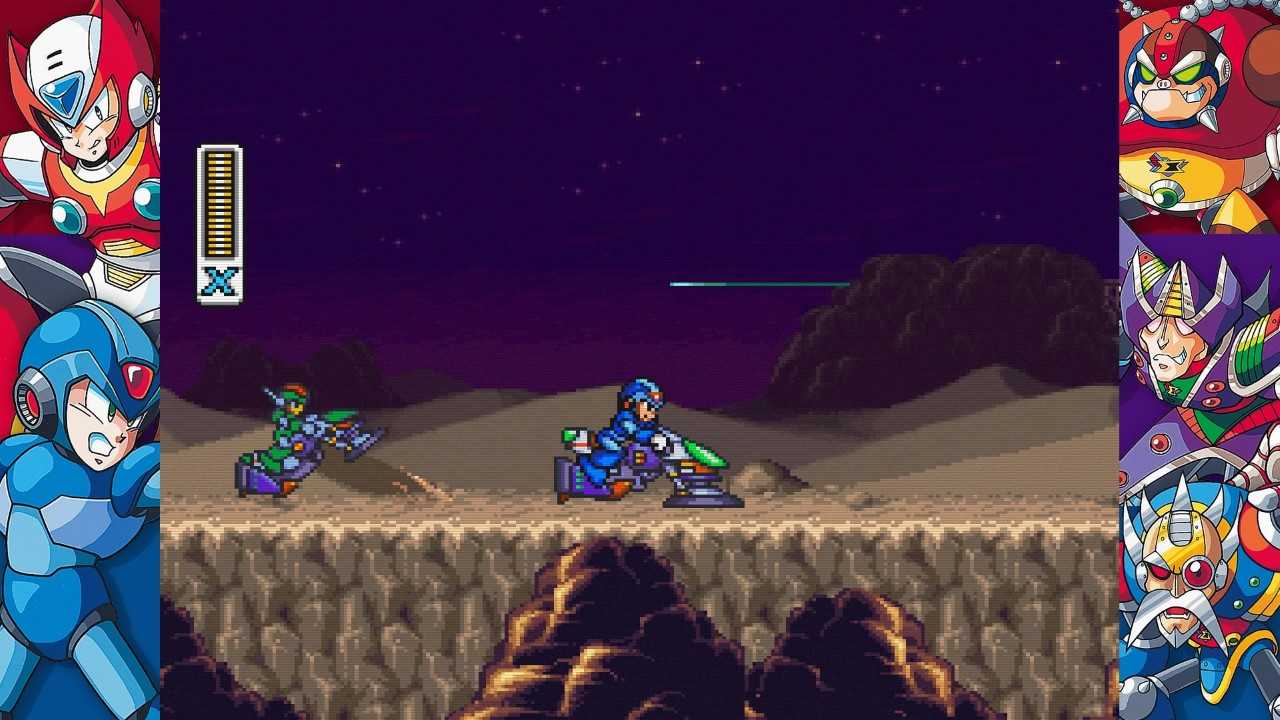 Unfortunately, they make up the first of the two collections, leaving Mega Man X Legacy Collection 2 a bit short on quality.

First of all, it needs to be said that Mega Man X5 is a stone-cold classic. Intended as an epic conclusion of the X series, it’s a thrill-a-minute title with great bosses, more versatile armour and power-ups, and a genuinely shocking plot. It would have been a great way to bring things to a close, and was the last of the X titles to have creator Keiji Inafune fully on board, but, alas…

X6 is a fine, if unspectacular title, but it’s the following two that let the side down a bit. X7, initially released on the PS2, was the series’ first foray into 3D – and, frankly, it just isn’t very good.

The 2D sections are among the worst in the series and the handful of 3D segments are plagued by an awkward camera. It’s sluggish, it lacks the snappy, precise feel of movement that the 2D games have, which also permeates into X8. It never really recovered from the jump to 3D, and the series went out with a whimper, rather than the proper high that X5 offered.

Both collections feature a museum mode, again packed with high-resolution artwork scans, trailers, a video explaining the series’ plot and some really cool photos of Mega Man collector’s items – such as figurines and trading cards.

The soundtracks are all playable, and for the most part, are all really good across the eight games. Much like the previous collections, the museum is of fairly niche interest, but if you’re someone who fits within that niche, there’s some really cool stuff in there, and it’s a lovely cherry on top of the Mega Man X cake. 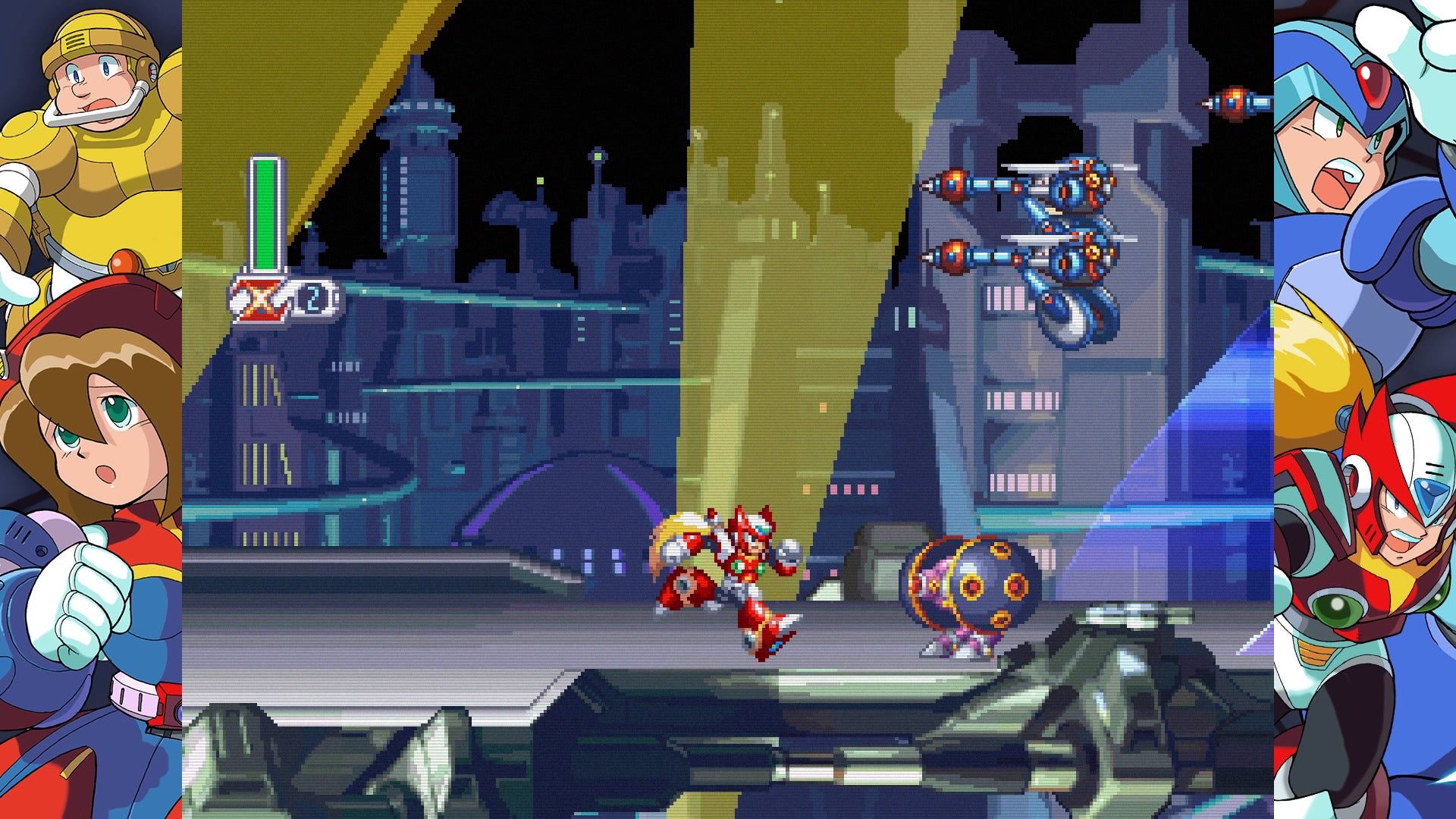 The best addition, however, is the Challenge mode. Again, lifted wholesale from the original Legacy Collections, these are a series of bespoke tag team boss fights that test your abilities.

Two bosses are paired up, and you can take three weapons/abilities into the fight to clear them in the best time possible, if you even can – they get extremely tough, really quickly. These have leaderboards, so you can check your times against the rest of the world. They’re a real highlight, and even the challenges taken from the weaker titles work well in these short bursts.

Sadly, the previous Legacy Collections had a bit more variety in these challenges, including runs through difficult areas of levels mixed together and some remixed sections. Here, it’s just the boss challenge, which is great fun, but it’s a shame there isn’t more to this otherwise excellent mode.

Should you find it all a bit much – these are games that do have some notoriously difficult sections – then there’s a new Rookie Hunter mode that allows you to take more damage and removes instadeath from spikes and pits, but disables trophies.

It’s pretty good if you’re learning the games and a thoughtful addition for those who want to play through the much more story-driven titles in the X series over classic Mega Man. 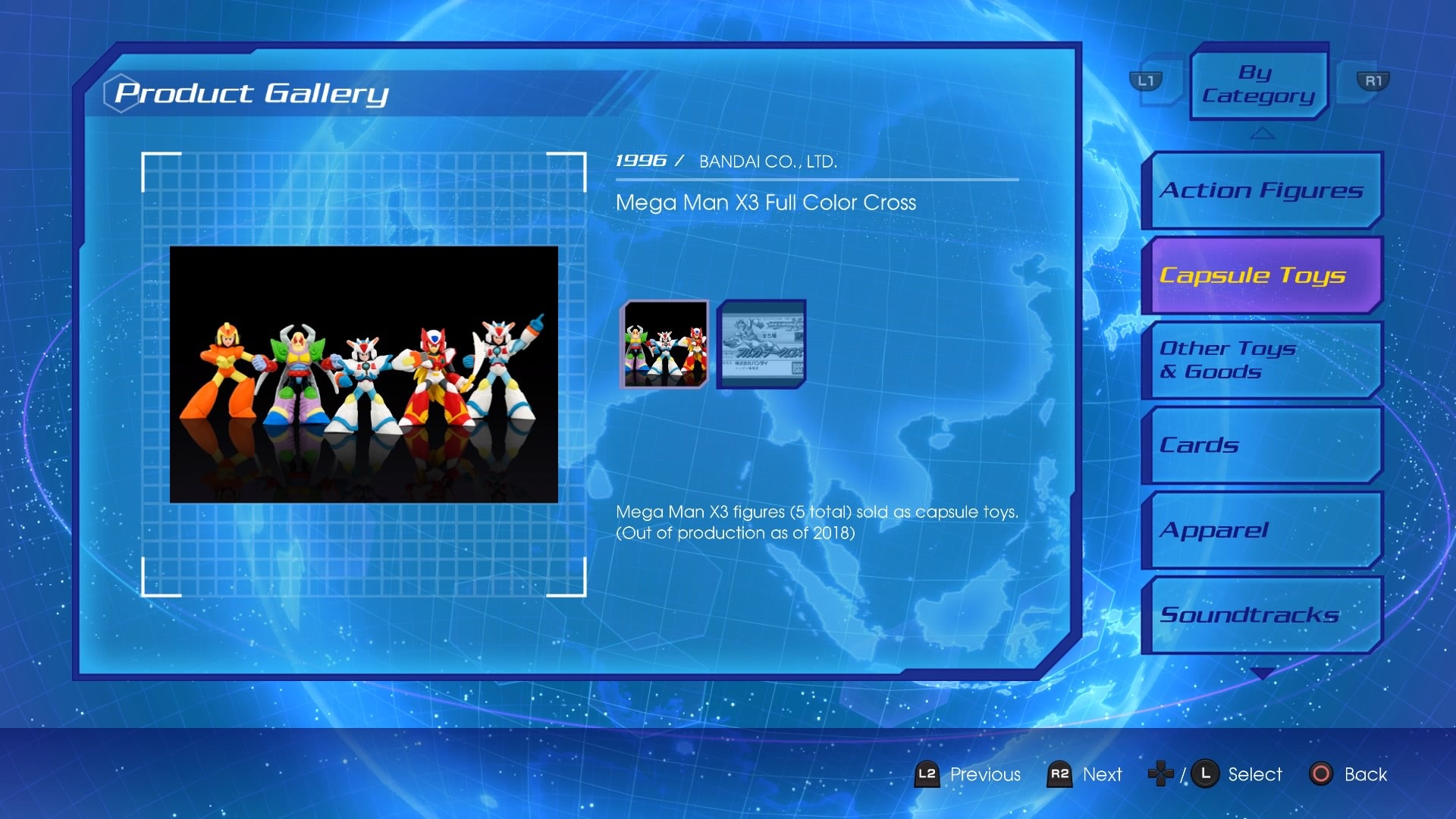 Splitting the series across two titles has backfired a bit, leaving one collection considerably weaker than the other; it’s best bought as part of the two-pack and by those who are real Mega Man X aficionados.

It’s likely Capcom has assumed fans will pick up both anyway – and it may be right – but the first collection is genuinely great and worth a look, regardless of whether you care about all things Mega Man. The same can’t be said of the second.

Mega Man X Legacy Collection 1 is an absolute no-brainer for any fans of the series.

The second collection is a much harder sell. They’re totally different, weaker games with a 3D art style that lacks the charm of the 2D titles. They don’t feel anywhere near as satisfying to play.

Put simply, the Mega Man X Legacy Collection 2 is one for the hardcore fan or completionist, while the first collection is a damn fine set of games regardless of how much of a Mega Fan you are.