The growing trend for supermarket chains to sell PC systems leaves customers looking at what appear to be high-value computers, but sometimes from companies they know little about. Medion is a German company selling through Tesco and its 6486 system is available at least until the end of September, through Tesco Homeplus stores and Tesco Direct.


The Medion 6486 system box is a typical tower, but with a smarter than average front panel that includes a LightScribe DVD rewriter and a separate player, as well as a multimedia panel which sits behind a push-to-open, vertically sliding door. 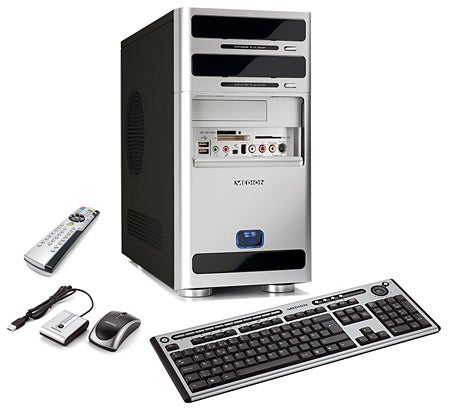 There’s a wide array of sockets behind this door, including slots for all the popular memory card types, twin FireWire sockets, stereo audio inputs, plus composite and S-Video. This suggests the multimedia nature of the machine and indeed, it’s a full Media Center system that positively encourages you to play around with audio, video and DVD.


At the back are more USB and FireWire sockets, two external SATA drive connectors and enough audio jacks for the 7.1-channel sound system. There’s also a fully HDCP-compatible HDMI socket on the video card, so you can connect digital video displays directly. If you have legacy printers, scanners or other equipment that require either serial or parallel sockets, you won’t find them on the back of this machine and will need by adapters.

A wireless keyboard and mouse is supplied with the system, but there’s no monitor included in the price. The mouse is rechargeable from one of the USB sockets, though the keyboard works on regular alkaline batteries.


All the aspects of a machine we normally analyse in our reviews have been very well specified. The 6486 is based on a Core 2 Duo E6750 processor that runs at 2.66GHz and has 4MB of level 2 cache. This gives it a good turn of speed and the pre-installed copy of Windows Vista Home Premium is very responsive as a consequence. There’s 2GB of main memory on board, too, so you can load quite a few sizeable applications and still not feel short of power. 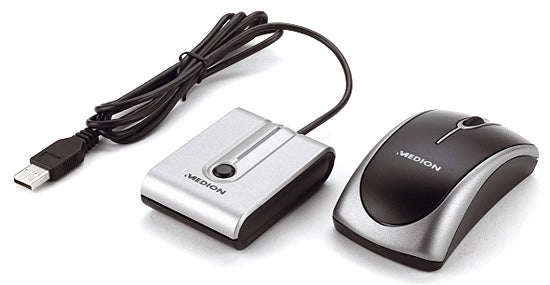 With the ability to view and record television programmes from the combo analogue/Freeview DVB-T tuner, the 500GB SATA hard drive will give many hours of recording. If you want to place the system in a living room and have an Internet connection without the associated trailing wires, the inclusion of 802.11g wireless networking will be welcome as it provides direct connection to a wireless router in another part of the house.


Internally, there’s one large cooling fan over the processor, turning slowly and very quietly whereas the support chipset on the system board is cooled by finned heatsinks alone. However, the NVIDIA GeForce 8500GT graphics card needs active cooling and has a smaller, faster and slightly noisier fan. Even so, the machine is easily quiet enough to use in a living room for DVD playback or TV viewing.

Only a few months ago Tesco announced Complete Office – its integrated office suite. This has all been installed here along with recording software, Internet security, photo editing, personal Finance and a photo management application. This is a much more complete software pack than is usually supplied with a PC in this price bracket, though despite the product’s name, it’s a closer match to Microsoft Works than to Office.


Although you have to add your own monitor, Tesco is probably sensible in splitting the system this way as some customers will want to couple it to a widescreen monitor, while others might want to run it directly into a domestic plasma TV or home cinema projector. 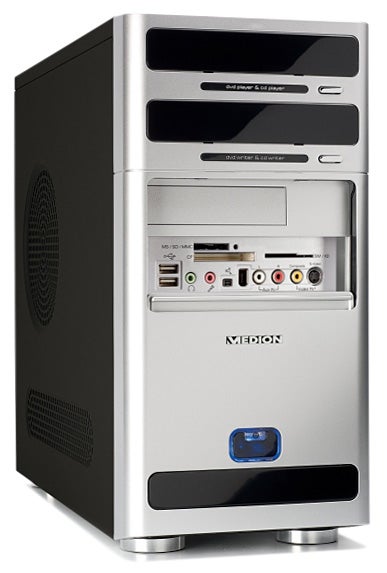 With a fair amount of zip in its Vista implementation, this machine is a pleasure to use. The Tesco applications, while not having the muscle of Microsoft Office, are more than sufficient for everyday tasks in the home or home office.


On the multimedia side, of course, there’s the Media Center software included in Vista and this integrates well with the TV tuner. However, it’s a shame there’s only a single digital tuner, so you can’t record one channel, while viewing another. The remote is an unusual design, but works well and is all you need to control the system when using the Media Center interface. 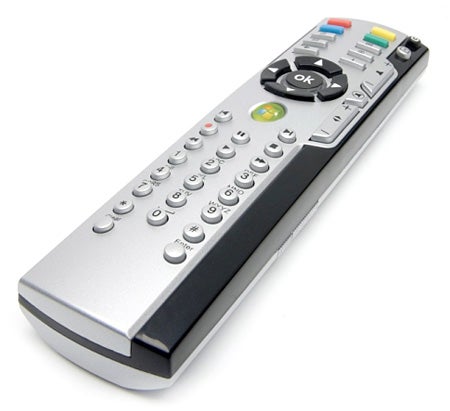 As we expected, the 6486 did well on PCMark 05, recording an index of 6,486. While the GeForce 8500GT graphics adapter is a step down from what an avid gamer might choose, it’s still a very serviceable card and up to playing modern 3D games, though perhaps with some sacrifice on resolution or frame-rate.


Despite its unusual brand, the Medion 6486 is built almost entirely of well-known components. There’s a Microstar main board, an NVIDIA graphics card, drives from Western Digital and LG and memory from Samsung. This is exactly the same range of names you will often see in better-known systems.


There’s no reason to reject the 6486 on its build quality and lots of reasons to consider it because of its high specification, strong performance and good selection of bundled software. Overall, a very well-integrated system, ideally suited to a family home or to an individual, perhaps a student, who wants to experiment with multimedia and have all their PC-based entertainment in one smart box.