McAfee Total Protection doesn’t protect as effectively or reliably as Windows Defender, and none of its extra modules are particularly remarkable when compared to its biggest rivals.

What is McAfee Total Protection?

McAfee, currently operated as a joint venture between Intel and private equity firms TPG Capital and Thoma Bravo, has improved both its system malware protection and its impact on system resources in recent years. 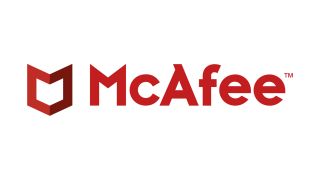 Sign up to McAfee Total Protection and start surfing the net with peace of mind on a whopping ten devices. For just £39.99 for your first year, saving you £50 as well as a 30-day money back guarantee.

McAfee has to be activated online, a process which creates an account for you and enables auto-renewal. You can deactivate this at any point – which we strongly recommend doing – and you can avoid setting it up by closing the payment information box when it appears.

McAfee’s default firewall rules aren’t as stringent as some of its rivals, and it didn’t balk at our use of RDP (Remote Desktop Protocol) over a public network – a plus for usability, but a warning about network status would have been welcome.

Total Protection’s App Boost feature, enabled by default, reassigns system resources to demanding applications on the fly, while a Web Boost can be set up to make auto-playing videos load more smoothly. They’re not make-or-break tools, nor are they unique, but McAfee Internet Security – which includes the same utilities – did conspicuously well in AV-TEST’s latest performance and system impact assessments, getting a full six out of six points, with conspicuously quick application launch speeds compared to Windows Defender.

There are also the usual cookie removal tools, web protection extensions and a file encryption utility. The Safe Connect VPN, available as an add-on or included in some versions of Total Protection, such as that provided for review, supports up to five simultaneous connections, keeps logs, has endpoints in 22 countries and was detected by Netflix in the U.S. If you don’t have a subscription, there’s also a free version with a 250MB per month data cap.

McAfee’s antivirus engine typically does well in tests. It protected against 99% of threats in the most recent SE Labs real-world malware exposure tests, with no false positives, and 99.7% of AV-Comparatives’ real-world tests, with three false positives. It protected against all AV-TEST’s reference samples, but its accuracy dropped to 98.9% for one month’s worth of real-world zero-day malware. Please note, however, that Windows Defender, which comes free with your operating system, provided better protection against malware in all three firms’ latest tests.

Should I buy McAfee Total Protection?

If you buy it direct from McAfee, Total Protection is among the most expensive security suites on the market, with a £44.99 first-year subscription fee that goes up to £89.99 for subsequent renewals.

However, it’s more generous than most of its rivals, with a single subscription getting you 10 cross-platform installs. McAfee Internet Security has most of the same features, without parental controls and for only one user, at £34.99 for your first year.

In either case, you should be able to get a better price by buying a retail edition, but currently Total Protection isn’t as effective as Windows Defender or feature-packed commercial rivals Kaspersky Internet Security and Symantec Norton 360 Deluxe.

McAfee Total Protection and McAfee Internet Security offers a compelling range of security and privacy tools, even if the latest round of testing sees the malware detection aspect of these suites pale in comparison to paid rival Symantec and the free Windows Defender offering.