Anyone who compiled mixtapes or recorded the pop charts in the 80s will already be familiar with Maxell, a name forever associated with blank cassettes. The company has kept a low profile in the audio market since tape died a death, but it recently returned with a range of soundbars – and the snappily-titled MXSP-SB300 is its latest effort.

It’s a 2.1-channel soundbar designed to offer the sort of large-scale sound quality that modern flatpanel TVs lack, without the space-hogging clutter of a full 5.1 system. At £229 it’s firmly positioned at the budget end of the market, but with a tidy range of features including Bluetooth and HDMI inputs it could be great value for money – if sound quality is up to scratch of course.

First things first, the MXSP-SB3000 is not a sound ’bar’ per se – it’s a TV base with a speaker inside, like the Orbitsound SB60 we reviewed recently. You can place a TV up to 80kg in weight on the Maxell’s 939 x 390mm top surface, which is a neat and tidy arrangement – although it does leave a large footprint, so make sure you have a surface big enough to place it on. 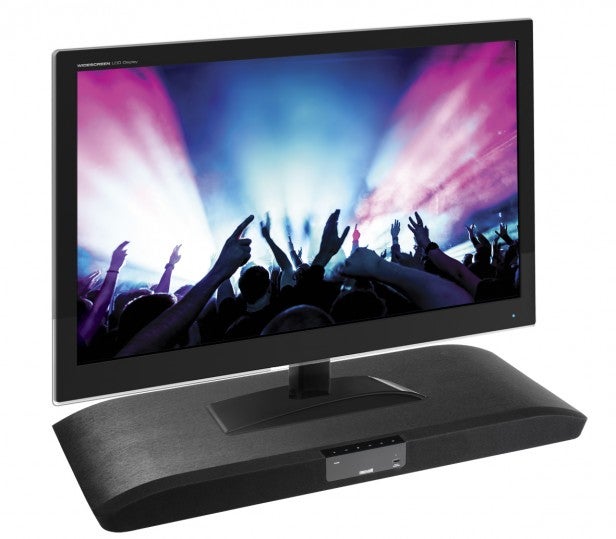 Admittedly it’s not the prettiest unit we’ve set eyes on, but the brushed black veneer covering the wooden enclosure and curved edges are elegant touches. Pick it up and build quality is satisfyingly robust – the sturdy wooden enclosure is designed to acoustically enhance bass output. 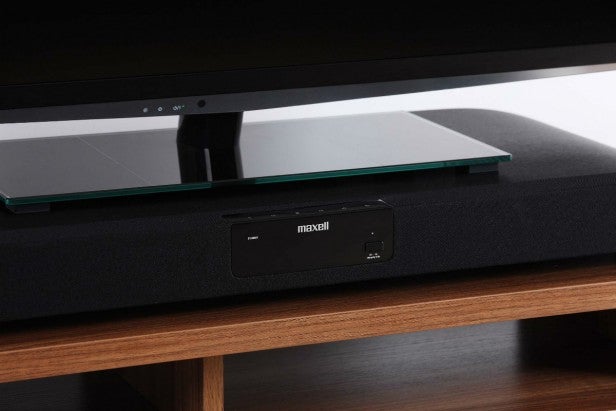 The tasteful styling continues on the front with a black cloth covering the drivers, and a central LED display panel with touch-sensitive controls running along the top.

The LED readout is just about large enough to read from the sofa but could do with being a touch bigger – some of the little status icons are impossible to see unless you’re up close. The display can be dimmed using the remote control if it gets distracting.

On the front panel is a USB port, although this only charges USB devices and doesn’t play music from them. Boo. Maxell makes up for this on the rear panel with an excellent selection of sockets – much better than you’d expect at this price.

There are no less than three HDMI inputs, which is rare on any soundbar, let alone one this affordable. The HDMI inputs all pass through 3D, plus the output is ARC compatible, which facilitates a two-way, single-cable connection to your TV.

You’ll also find two digital audio inputs – one optical, one coaxial – plus two analogue inputs, RCA and a 3.5mm minijack. If you’re still struggling to hook up all your devices after that little lot then you probably need to get out more. 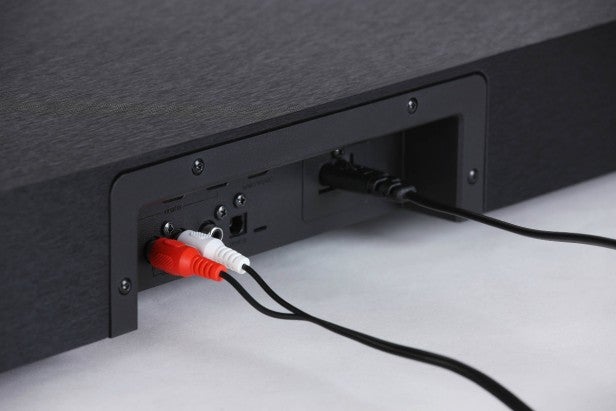 Bluetooth is the highlight of the Maxell’s modest spec sheet. It makes music streaming from phones and other mobile devices incredibly easy, and as an added bonus you can plug the device into the USB port and charge it while playing so it doesn’t drain any power. 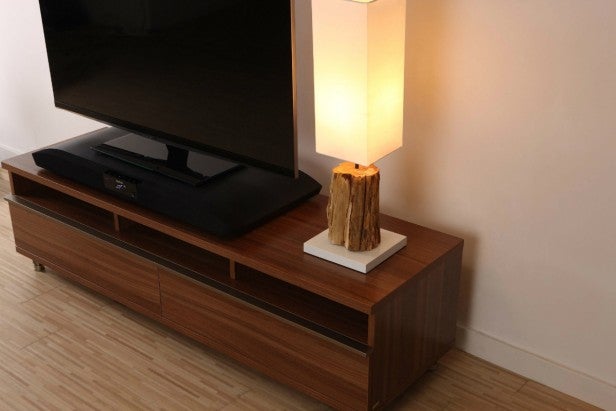 In terms of power output, the Maxell’s Class D amplifier delivers 30W per channel stereo from the front speakers, with 100W coming from the built-in woofer. Maxell’s decision to integrate the woofer rather than supply a separate wireless sub keeps clutter to a minimum.

SRS Wow HD processing aims to improve audio clarity and width, while TruBass boosts low frequencies (there are three levels). There’s a decent array of EQ presets too, including Standard, Cinema, Speech, Music and Sport. There’s no Dolby or DTS decoding – the HDMI and digital inputs only support PCM, but this isn’t a problem at this price range.