The MXSB-252 is an absolute cinch to operate. If you’re near the unit, a row of touch-sensitive buttons on the top panel allows you to control volume, inputs and Bass/SRS modes. When you do, the lights on the front change colour to indicate its status. For example, the ‘HDMI In’ light glows amber for HDMI1, white for HDMI 2 and red for HDMI 3. You get the picture. 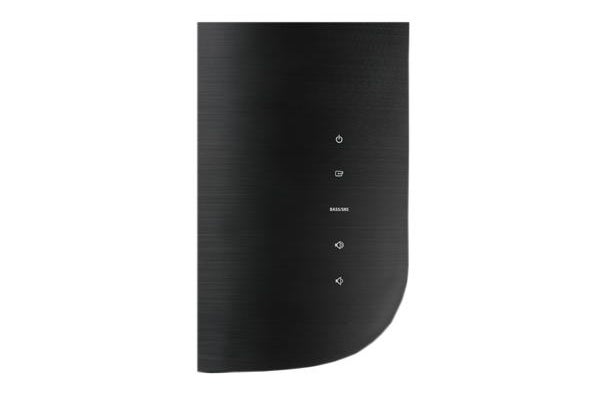 The step-up MXSP-SB3000 features a front display panel, which makes it easier to use overall, but we really can’t see anyone being phased by the MXSB-252’s system.

You can also control the unit with the supplied remote, which unlike the SB3000’s posher handset is one of those horrendous blister button affairs, which makes every press fiddly and unsatisfying. Its minute size doesn’t make it particularly comfortable to hold either.

That said, it’s reasonably well laid out and clearly labelled. Each input and sound mode has its own button, and because it can be programmed to learning up to seven commands for your TV, there’s a cluster of TV controls at the bottom.

Just like the Maxell MXSP-SB3000, the MXSB-252’s sound is surprisingly assured for the money. Most importantly, it goes nice and loud, filling the room with sound in a way that no flatpanel TV has even been able to do. So when faced with Snow White & The Huntsman on Blu-ray – fed through the Maxell via HDMI – the action is grand and enthralling.

As Snow White and the soldiers square up to Ravenna at the movie’s climax, the evil queen makes shards of glass rain down on them from the roof. The bassy explosion has excellent weight and doesn’t sound boomy or bloated, showing off the Maxell’s exemplary control.

Then, as the shards gather themselves up into glass soldiers, the Maxell handles the ensuing battle with great confidence. Combatants are slammed into stone pillars with a satisfying thump; the glass figures are smashed up in a crisp, clean shower of mids and highs; and the busy score is delivered with authority and agility.

There’s a pleasing balance across the frequency range. Tight bass merges solidly with the mids, which in turn interacts with perky but not overstressed treble. It’s a remarkably smooth listen, even with the volume cranked up high, and dialogue comes through loud and clear too (which is particularly impressive during TV viewing).

It’s not quite as refined as the Cambridge Audio Minx TV or the Denon DHT-T100 though, both of which achieve greater subtlety and detail. But at this price Maxell does well to even come close, underlining the Maxell’s fabulous value for money.

However we’d avoid the SRS HD WOW mode as it makes the midrange a little too harsh and spoils the solid, focused sound. There is slightly more width to the stereo image, but not enough to call it ‘surround sound’ (as Maxell does on the box).

It’s worth experimenting with the two bass modes though. We enjoyed the extra fullness it lends the sound in setting 1, but is perhaps a little overpowering in setting 2.

The Maxell also tackles music enthusiastically. We plugged an iPod into the minijack and enjoyed the energy and agility it brings to Jason Rebello’s Anything But Look album – basslines, piano solos and vocals all sound smooth and engaging. Again, pricier rivals are a little more musical, but without Bluetooth on board we doubt the MXSB-252 will get much music use anyway. 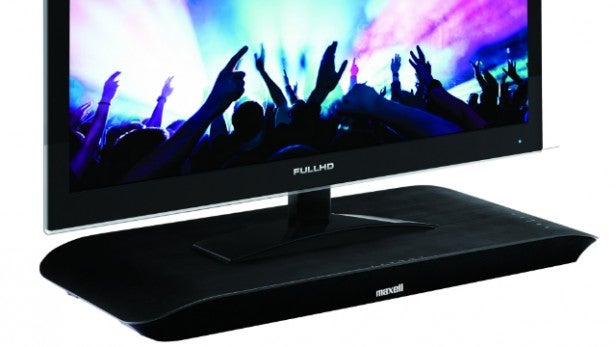 If you’re seduced by the idea of a soundbase and don’t have a big budget to play with, we’d recommend the Maxell MXSB-252 any day of the week.

Another solid soundbase from Maxell, offering terrific connections and performance at a knock-down price – but keen Bluetoothers look elsewhere.

Next, read our roundup of the best soundbars