Matrox used to be a force to be reckoned with in the performance desktop graphics market, but a few years ago it bowed out of the race and left ATI and nVidia to their own ever spiralling R&D cycles. Meanwhile Matrox has carved itself out a niche market, where product life spans can exceed the few months enjoyed by high-end 3D gaming cards. It’s therefore surprising that I’m looking at the second new Matrox card in as many months – I guess Parhelia cards are like those proverbial busses! 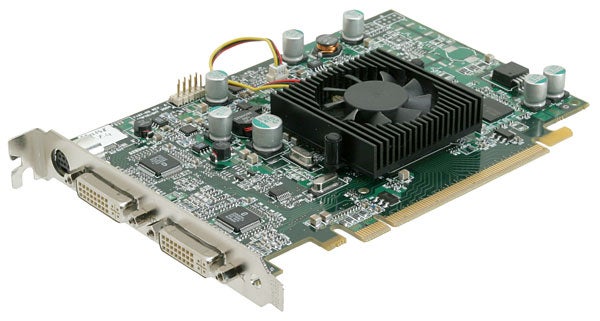 When I say that Matrox carved itself out a niche, there were actually a few niches, and the Canadian company managed to do well in all of them. To be frank though, those multiple niches all complemented each other – producing multi-display graphics cards was obviously a bonus for video editors and worked well with Matrox’s popular video editing solutions. But outside of the video editing arena, Matrox also saw a lot of success in high-end visualisation, where its multi-head cards could be used to drive very high resolution displays such as the ViewSonic VP2290b.


It’s therefore not uncommon to see Matrox cards nestling in many high-end imaging or video editing computers, often with astronomical price tags, but you don’t always have to take out a second mortgage in order to take advantage of Matrox technology. 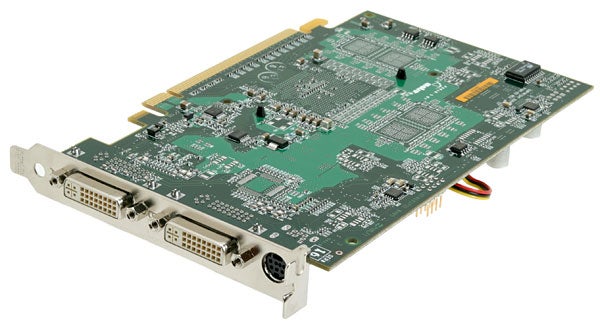 This latest Matrox card is aimed at the video editor that wants to dip his or her toe in the waters of high definition video. At its base level, the Parhelia APVe is a PCI Express based graphics card with the full Parhelia feature set, incorporating 128MB of video memory, twin DVI outputs and a dedicated S-Video input. So far, so normal, but it’s the range of connection options that makes the APVe special.


Matrox is aiming the APVe at a video editor that already has a dual screen setup, but wants to be able to output HD and SD content to a dedicated video monitor. The APVe will drive dual TFT screens at resolutions up to 1,920 x 1,200 over DVI and still manage to output Standard Definition video to a dedicated monitor. However, if you want to take advantage of the high definition video output, you’re going to have to forsake one of your DVI connections – ultimately leaving you with the option of using two screens via analogue connection or one analogue and one DVI.

Now, I always see it as a bit of a shame when you have to run a digital flat panel monitor with an analogue signal – basically you’re taking a digital signal, running it through a DAC (Digital to Analogue Converter), sending it down a cable, then running it through an ADC (Analogue to Digital Converter) to turn it back into a digital signal that an LCD monitor will understand. Obviously keeping the signal digital from start to finish makes the whole process far simpler and results in a far better image.

Getting this type of configuration going wasn’t too difficult, but I soon ran into an issue. It seemed that the CRT monitor was being forced to operate at the same refresh rate as the LCD screen. Now, an LCD monitor running at 60Hz isn’t a problem, but trying to sit in front of a large CRT running at 60Hz will leave you with a headache after a surprisingly short space of time.


When I questioned Matrox about this refresh rate problem, I was told that it was aware of the issue, but that the company was really expecting the target user to be hooking up two LCD monitors rather than a CRT and an LCD. However, I personally know a couple of independent film makers/video editors who use this exact type of setup – one large CRT screen and one TFT monitor – and surely it’s this type of user that is the prime market for a card like this.


For argument’s sake, let’s assume that Matrox is right and that most users of the APVe will be connecting two TFT monitors, meaning that the 60Hz refresh rate won’t be an issue. But as I’ve already mentioned, if I want to output HD video both monitors can not be connected digitally, which means that you have to compromise on image quality on one of your LCD screens. Of course you can choose to output SD video and connect both your LCD monitors via DVI, but that kind of defeats the purpose of this card. 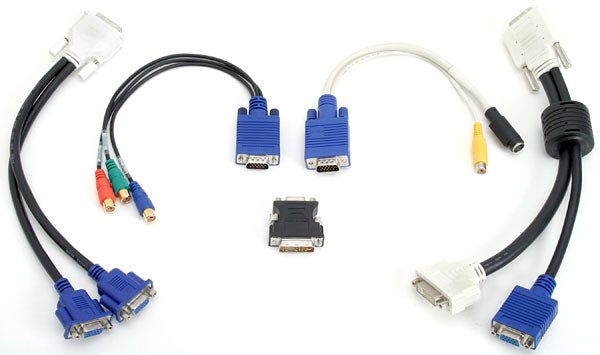 So, what you’re getting with the APVe is amazing flexibility when it comes to video output, but the main benefit is a card that can drive two displays and a high definition video monitor. With a price of £235 including VAT, the Parhelia APVe isn’t going to break the bank either, but for me, the low price is part of the problem.


As I already mentioned, Matrox has carved itself out a niche in the video/graphics market, and the users that buy Matrox cards do so knowing full well that the feature set justifies the cost. So, by pitching the APVe at such a low price point, it seems as if Matrox has been caught between two camps. The kind of video editor that’s looking for a low cost graphics solution with HD output is quite likely to still have a CRT in his setup – much like my friend. While the high-end video editors out there are probably going to be running two high-resolution TFT screens and will want them connected via DVI, even if the price is high. 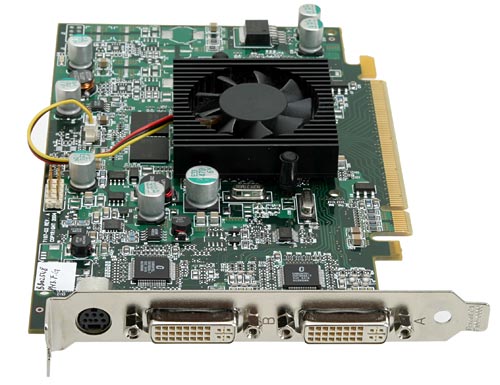 Ultimately, if you want to run two displays and output HD content to a video monitor the Parhelia APVe will do just that. It does have some limitations, but if you can live with those and work around them, you can put together a great video editing setup that will aid productivity. However, I still feel that Matrox would be better off producing a more expensive product that can handle any combination of displays without compromise.


The Parhelia APVe is a strange beast. I can completely understand what Matrox had in mind when it was designing this card, but in reality it seems to be subject to one or two significant compromises. Obviously those compromises have been made to achieve the keen price point, but I still feel that users in this market would be willing to pay more for a product with a more complete feature set. As it stands, if you want to drive both a CRT and TFT screen while outputting HD content, you can forget it. However, if you have two TFT displays and are willing to drive one of them with an analogue signal, the APVe will let you configure an enviable monitor setup.