Available on Xbox One, PS4 (version tested), PC, Nintendo Switch
As the old saying goes: if you’re going to steal, steal from the best. And you can’t get much better than Nintendo. Of course, most developers have taken inspiration from Nintendo’s best-known, best-loved series: Super Mario, Mario Kart, Metroid, Zelda. However, Passtech Games has gone for the lesser-known, rather under-appreciated Pikmin. If we were going to describe Masters of Anima in a single high-concept phrase, it would be Pikmin as a fantasy action RPG in the style of Torchlight. It isn’t exactly original, but the combo works a treat.

You play Otto, a slightly dim-witted apprentice Shaper affianced to the head of the order, Ana. The Shapers are the titular Masters of Anima, capable of transforming the glowing green energy of their world into living, fighting bodies of stone known as Guardians. For years, the Shapers have lived a peaceful existence, watching over the dangerous mountain that once spawned the Guardian’s man-hating counterparts, the Golems.

Sadly, no sooner has Otto completed his trials than a sorcerer, Zahr, appears on the scene. Zahr has stirred the mountain, reawakened the golems, and generally unleashed evil on the world. What’s more, he splits Ana’s essence into three constituent parts – the body, heart and mind – and takes them off to begin some kind of evil ritual. It’s up to Otto to follow in Zahr’s wake, recapture the parts of Ana’s essence and put an end to Zahr’s mischief, once and for all. 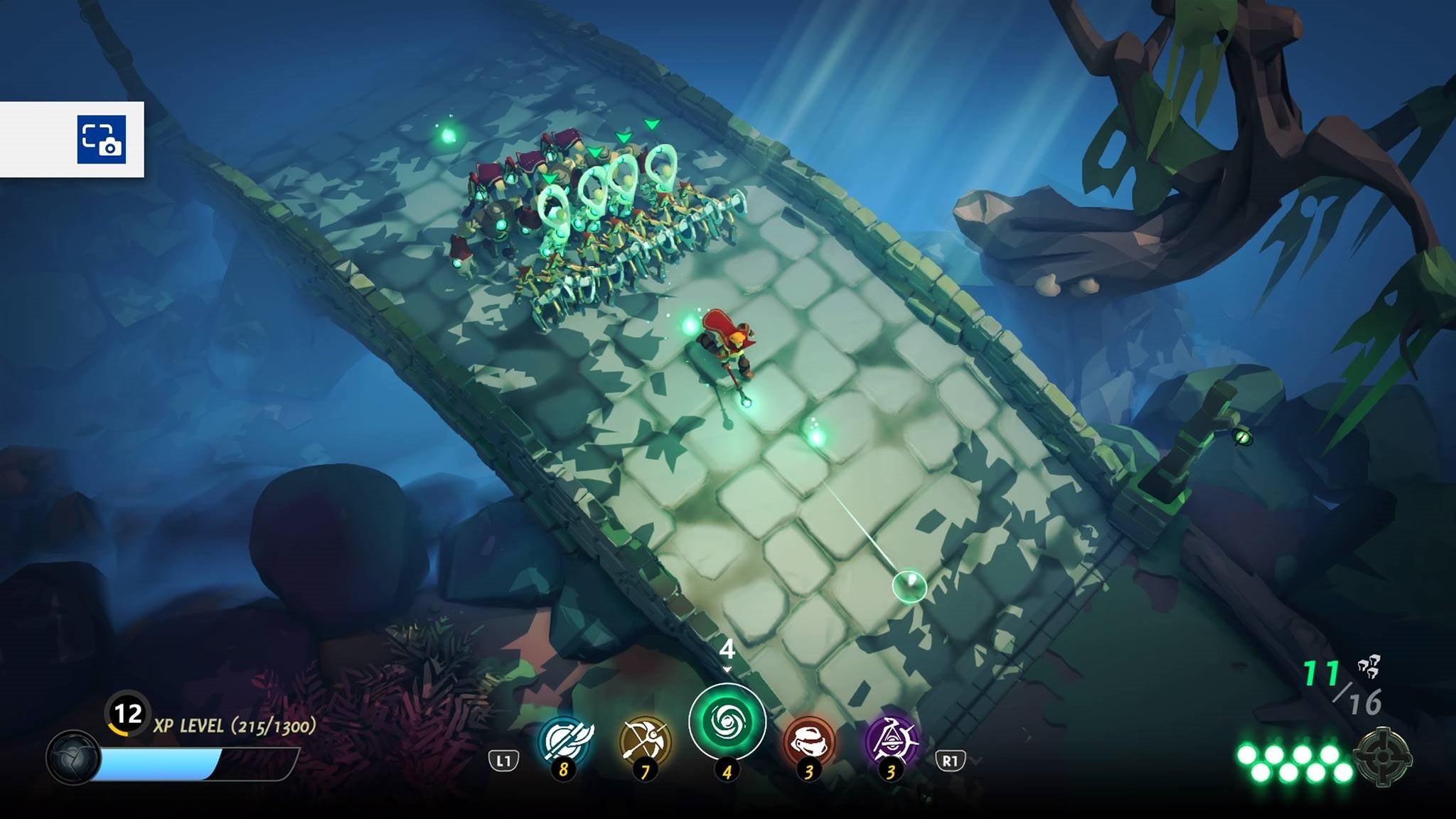 This is where the Pikmin bit comes in. Otto can use his powers to summon Guardians, who will follow him wherever he goes until ordered. Tap the X button and a guardian will hold a position, push an object or rush in to attack an enemy. Tap the circle button and they’ll return to the fold and follow.

At first you just have the Protectors, good for melee combat and pushing things around. With time, these are joined first by the Sentinels, your range attackers, then by the Keepers, capable of draining Anima from the Golems and even using it to heal you. Then come the Commanders, beefy warriors who can relay your battlecry to nearby Guardians, and the Summoners, who can summon their own mini-guardians to join the fray.

You can switch between types with a tap of the L1 and R1 buttons, or the game does it automatically, when you’ve dished out orders to all the Guardians of a specific type.

In practice, this feels a lot like playing Pikmin, except without all the stuff where you feed them fruit and pull the seedlings out of the ground. You’re at the head of a mob of Guardians, hurling them into battle, then rounding them up quickly to dodge attacks or avoid some source of peril. And as with Pikmin, the action switches from furiously paced combat to sections of more gentle puzzle-solving, where you’re getting the Guardians to push objects around, shoot switches or use specific powers to help you reach new areas or activate mechanisms and shrines. 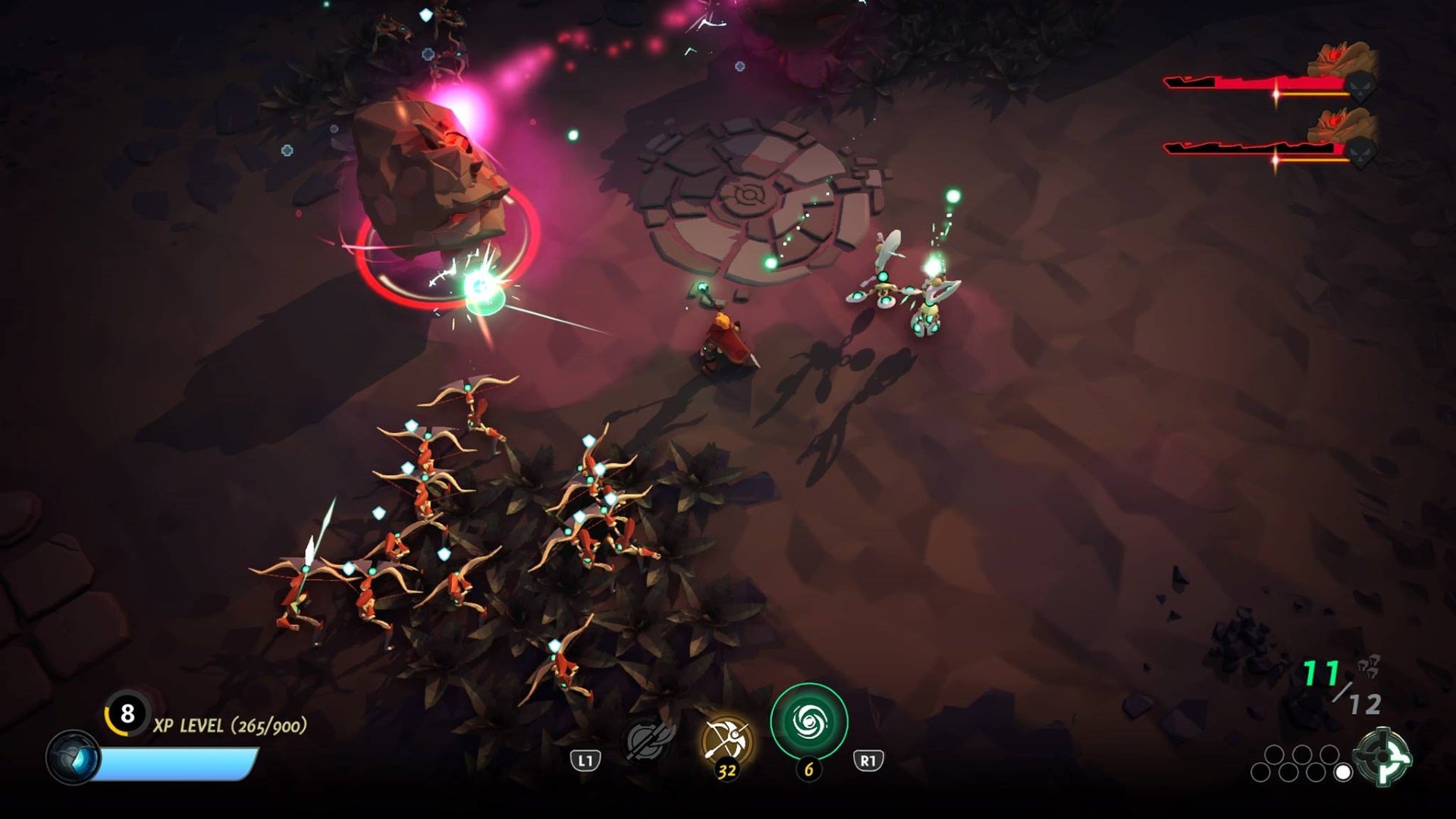 Each level funnels you through traps, puzzles and staged golem encounters, with some areas optional (for added goodies), some not. The golems start off relatively simple and become increasingly more dangerous and complex. They have special rush moves, ranged attacks and tricky combat phases, each pushing you to think about how and where you deploy your Guardians.

Sometimes the golems come in duos or even trios, making you work to keep them all covered with Protectors so that your Sentinels can do their job. Before long, you’ll also learn the importance of summoning and looking after your Keepers, so that you have a steady stream of Mana coming in to keep your forces replenished.

Playing Masters of Anima is one part strategy to one part action to one part pure panic. It’s tough going at times, but consistently engaging, even if you sometimes feel that the most successful strategy is to have barely any strategy at all. Move fast, keep deploying and make it up as you go along.

Early on I worried whether the tale would hold my interest; would battling golem after golem grow dull? Luckily, new Guardians and golems up the ante, and the game has a nice way of giving each environment its own new features, so that a desert features dangerous storms or a forest a mysterious warping fog.

In each case there are new abilities and mechanics to get your head around. Masters of Anima also employs that old Nintendo trick of introducing a new ability, teaching you how to use it, then putting you in situations where you need to master it to survive. If you’re stuck, there’s something you’ve missed. 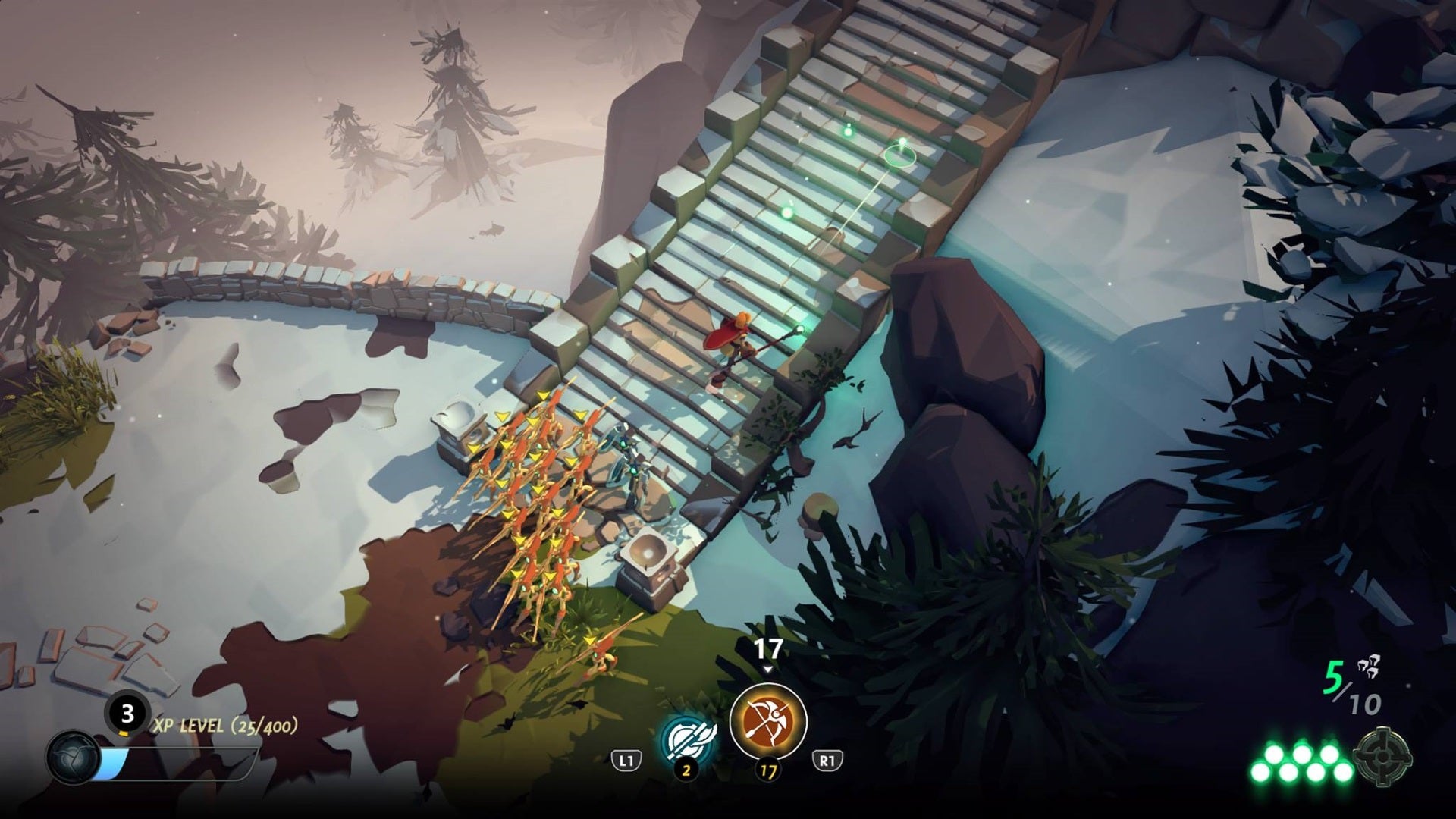 Admittedly, I’m not keen on the way that golems go bezerk if they’re not destroyed quickly, with the whole area becoming dangerous, often resulting in a last-minute defeat. Yet it’s a way of pushing you to think faster, act more decisively, learn and generally pull your wits together.

It might be challenging at times, but Masters of Anima is always fair. Even the boss battles aren’t impossible once you understand the parts your Guardians can play.

It’s a game with charm as well. You can tell from the static illustrations used for cut-scenes and dialogue that this is very much a built-to-budget title. But it has good voice-work, smart dialogue and characters you can root for.

It has a great score and the kind of clean, vibrant art style that looks great on a 4K TV but should also work on the 720p screen of the Nintendo Switch. And while it isn’t a massively lengthy experience, it will easily last you somewhere between 10 and 14 hours. It’s smart enough not to finish while you’re still wanting more.

It isn’t exactly new or original, but Masters of Anima deserves to be a sleeper hit. It’s a fun, polished fantasy riff on Pikmin, with the sort of visual style that made the Torchlight games so charming. Well-paced, thrilling and full of heart, this little gem comes warmly recommended.