Nowadays, there is a very easy way to tell if someone is a truly hardcore gamer: ask them if they have ever played a MOBA (which stands for Masssively Online Battle Arena). The MOBA genre is nothing less than a phenomenon in the modern videogames world – albeit one that remains steadfastly underground. Or at least, it does so everywhere in the world apart from South Korea, which has become obsessed with MOBAs – with examples of the genre like League of Legends and DOTA 2 enjoying enormous popularity.

The first time you clap eyes on a MOBA, you’re likely to experience bafflement as to what all the fuss is about – with their isometric viewpoints, MOBAs look like they belong to a previous century, and they invariably operate on the PC only. But those whose curiosity gets the better of them will testify that their gameplay is incredibly addictive and moreish. It’s about time someone tried to introduce MOBAs to the masses, and that is precisely what publisher NCSoft is attempting with Master X Master, due to arrive on the PC in the second half of 2016. 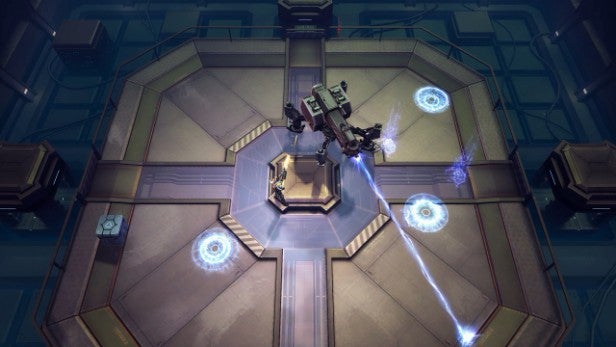 “It is a bit more fast-paced and dynamic than you’ve seen with other MOBAs. The Master part of its name refers to its characters: we have 30 at present. There are new characters, as well as some pulled in from other NCSoft games, including Rytlock Brimstone from Guild Wars 2, Jin Seo Yeon from Blade & Soul and Mondo Zax from WildStar, plus others from Aion and Lineage 2.”

“A unique aspect of the game is its dual master system: when you go into a match, you select two characters instead of one, and tag-team between them throughout the match. So you can pick a tank that’s really good at pulling an enemy in, say, then have an assassin as your second master, swapping to that character to do your burst-damage. Or you can pick a support character that is good at locking the enemy down, and maybe then swap to a mage whose attacks may be a bit easier to dodge, but if the enemies are  locked down, can give them the full blast.”

“Another unique aspect of Master X Master is that it has a Player versus Environment (PvE) element – and it isn’t just a case of playing against bots on the normal stages. There are full-on PvE stages that have monsters and objectives, boss-fights that have their own mechanics and there’s loot to be had. And the PvE mode has a storyline, as well.” 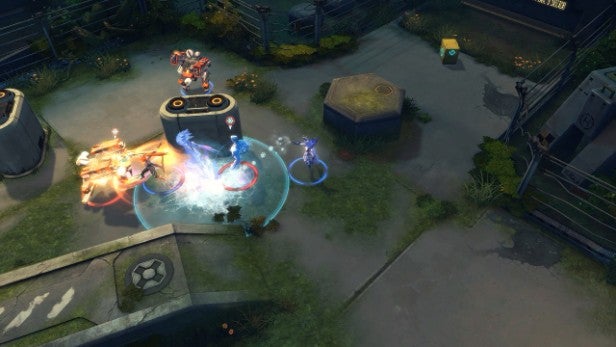 As soon as we started playing Master X Master, we could see what Orlikowski meant. The most obvious difference compared to other MOBAs was the ability to control the movement of your character – normally in MOBAs, you just point at enemies and click. Character movement in Master X Master can be controlled by the mouse, but we chose to use the W, A, S and D keys, freeing the mouse up for weapons targeting.

Two other key mechanics emerged. The first being the dodge button – it paid to make liberal use of it and, as Orlikowski explained, “Every Master has unique properties to their dodge. One, for example, becomes immune to CC [a MOBA term denoting Crowd Control, which essentially means immobilisation by an enemy] when he dodges. Other characters will put up a shield or teleport when you press their dodge buttons.”

And each character has two abilities, mapped to the Q and E keys. One character we controlled, for example, had a shockwave, which knocked nearby enemies back, on the Q key, and a proximity bomb mapped to E. The overall effect definitely lent Master X Master the air more of an action game (along the lines of an old-school isometric third-person shooter) than a MOBA. And the PvE was pretty convincing, in that the game had clear objectives and a sense of progression, rather than the more basic template of attacking and overcoming pockets of enemies that traditional MOBAs adhere to. Those who enjoy real-time hack-n-slashes and isometric third-person shooters will certainly connect with it. 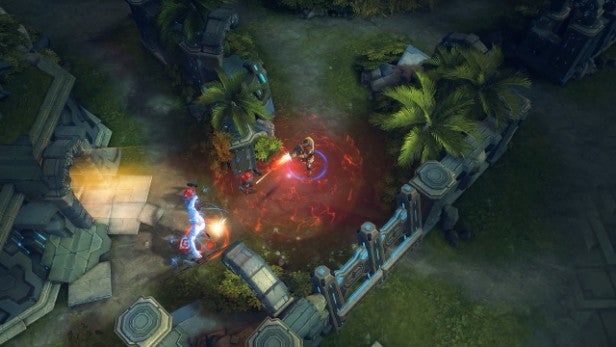 In general, Master X Master’s PvE element felt like an action game first and foremost, rather than some sort of arcane battler whose subtleties would require hours of grinding (and inevitable humiliation at the hands of experienced players) before you worked out what it was all about. But there was obvious depth in the gameplay. While, at first, we could get away without dodging too much, as we progressed, we had to pay much more attention to the characters we chose, and had to wield the abilities (which have cool-down periods) with much more precision. In other words, Master X Master was teaching us how to play MOBAs in a pretty effective manner.

We also sampled the PvP, with some five-versus-five action against a team of bots. That, too, was pretty compelling, although it felt much more like a traditional MOBA – albeit one which had swapped any Tolkien influences for a more sci-fi-influenced visual style. Some powerful, boss-like enemies required team-mates to co-operate pretty closely and, as ever in a MOBA, the fighting often took place along specific corridors in the level.

First Impressions
Master X Master represents a brave attempt by NCSoft to bring MOBAs to a more mainstream, less specialised audience, and with its PvE mode, it offers the ideal introduction to MOBAs which, in the past, have generally felt like the exclusive territory of gamers who were somehow in the know.

Whether the game’s PvP is sufficiently fresh and fettled to entice the existing MOBA audience remains to be seen, and anything which is only available on the PC will never be accepted as completely mainstream (like RTS games, MOBAs are ill-suited to console gamepads). But if you’ve ever wondered why MOBAs are so popular, Master X Master will offer the most accessible way of finding out whether or not you like them.