There’s no denying that the iPod nano is a very cool device. When Apple launched its super slim and sexy player it took the World by storm. In fact it was so good that even I put my hand in my pocket and bought one. Not only was the nano beautifully designed, but it was also very affordable compared to the competition. In fact the nano carried on Apple’s policy to drive down the cost of its mega-popular music players, but in some respects you do get what you pay for. 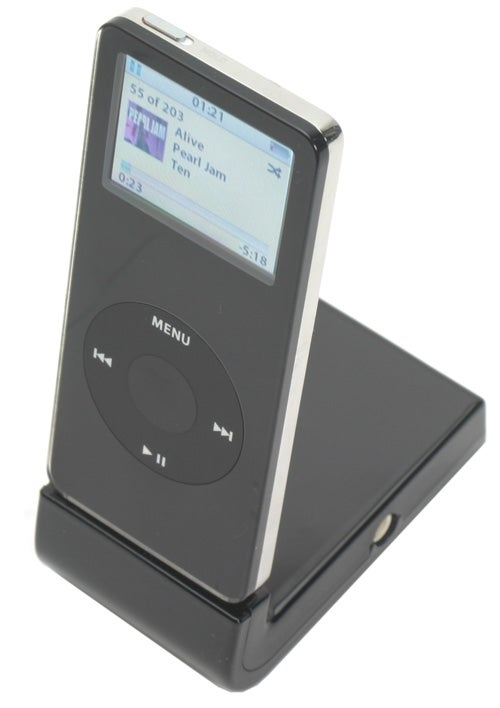 The slim dimensions of the nano also made it difficult to use with the standard Apple iPod dock. Of course you could get a converter so that the nano would fit snugly in the standard dock, but it still looked a little out of place. Eventually Apple produced a nano specific dock, which did suit its svelte lines, but, as always, Apples are not the only fruit.


This nano dock from Marware certainly looks different from the official Apple unit – in fact it arguably looks better, although that’s a matter of taste and how entrenched you are in Apple styling. The sweeping lines of the Marware dock enhance the already sleek design of the nano, and when it’s mounted in the dock the whole bundle looks very, well, cool. Although the stand is fairly light, there are two sponge strips running along the base, which ensure that stand and nano stay put when you’re using the navigation controls. 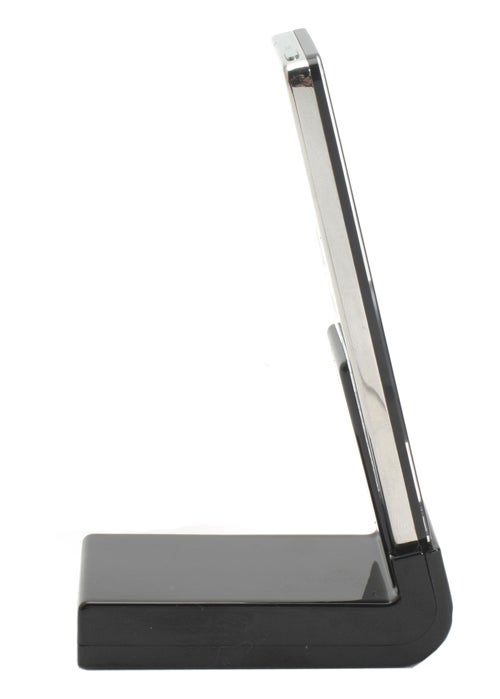 Rather than a flat brick of plastic like the Apple dock, the Marware stand sweeps up so that the nano perches on, what I assume is meant to look like the crest of a wave. It’s certainly easy to see the screen and access the controls while the nano is residing in the dock, but this brings with it an age old iPod issue. You see, when the nano is connected to your PC, you can’t actually control it or playback music. Of course you can shutdown iTunes and disconnect the nano from Windows, then local control will return, but this also means that your nano isn’t charging anymore.

Another issue with having a nano in a dock is that you can’t get to the headphone socket, since it is located on the bottom edge of the device. Marware has allegedly solved this issue by providing both a headphone socket and a line-out port on this stand. I say allegedly because although one of the ports is supposed to be a headphone socket, they are in fact both line-outs. The problem with this configuration is that you can’t adjust the volume when you plug your headphones into either 3.5mm jack on the stand. With no volume control I’d rather just undock my nano and listen to it the old fashioned way. 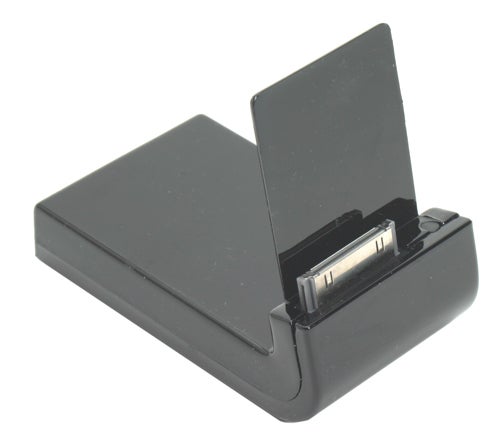 On the plus side, the line-out functionality means that you can connect your nano directly to a set of amplified speakers without the internal amplification from the device itself causing any distortion. But as already mentioned, you’ll be forsaking the charging feature of the stand to do this. Actually that’s not 100 per cent true, you can plug a mini-USB charger into the stand and then charge your nano while listening to it, but that kind of negates the point of a cradle in the first place.


The stand that I received for review was black, to match my nano, but you can, of course get a white version if you prefer. Also in the box is a USB to mini-USB cable, so you can hook the stand straight up to your PC.


Once plugged into the Marware stand the nano is instantly recognised by iTunes, and you can sync it with your music library just as if it was connected directly via a cable. It’s definitely easier to place your nano in a stand/dock than it is to fish out your USB cable and leave your player lying on your desk. You’re also far more likely to keep your battery charged up if it’s just a case of clipping your nano into a stand that’s always in place on your desk. 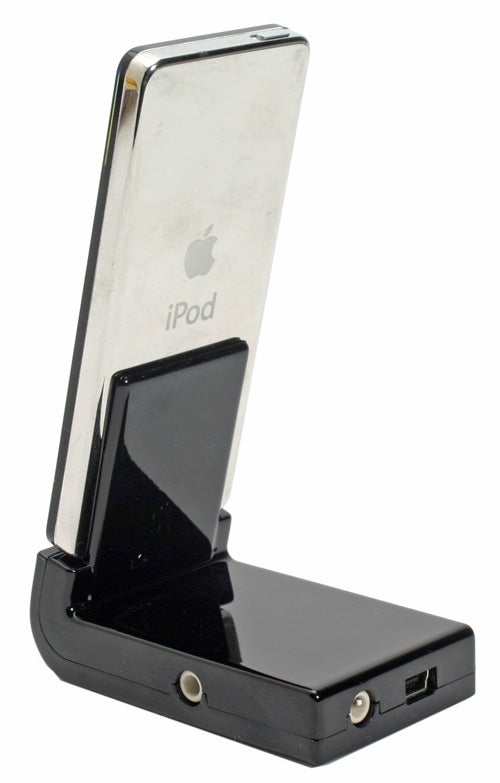 At £19.99 the Marware stand is actually 99p more expensive than the official Apple nano dock, but it is arguably a more stylish bit of kit, that highlights the nano’s own sleek design. It’s just a shame that you can’t control the volume when you’ve got your headphones plugged into the stand.


If you like the idea of being able to dock your nano in a stand that looks almost as good as it does, the Marware will definitely appeal. The line-out is great for hooking your nano up to a set of active speakers, but the headphone socket is close to pointless without any control over the volume.