It's unreasonable to expect Marvel's Spider-Man The Heist to reinvent the wheel here, it's a DLC for a game that was remarkably popular, and many are clamouring for more. However, I don't think I'm the only person that will be a little disappointed at Marvel's Spider-Man playing it safe, and it's a prime example of how you can have too much of a good thing.

Marvel’s Spider-Man DLC is finally here in the form of The Heist, and while the base game did a great job of unleashing the wall-crawler in our general direction, this DLC — the first of three different campaigns planned over the next few months — layers more on top of that, introducing more characters and elements to the whole thing.

The Heist is the first part of The City Never Sleeps season pass and it gets off to a cracking start. Within 15 minutes you’re brawling with goons in a museum, dodging rockets and assault rifle fire, before tussling with famous art thief Felicia Hardy, who alternates flirting with you with frustrating you as she charges around the place snagging artifacts. Hardy is a revelation, especially after she was so heavily teased during Marvel’s Spider-Man’s original campaign with a series of voice notes, collectibles and even a fancy suit. Here though, you see Felicia in the flesh, imbuing her with personality as you see her interactions with Spidey, confounding and surprising Peter Parker in equal measure as she tears around the city on the rob.

Her relationship with Parker, and a revelation she drops into his first interaction, drive a lot of the turmoil for the character throughout the story. This creates drama between MJ and Parker, who are loved up again, and by taking a character like Spider-Man who is totally clean-cut and asking him to try and navigate the emotional emotional baggage left in place when two people break up, and then get back together. It adds a human element, something that the base game nailed to keep the superheroics grounded.

Some elements that didn’t work out too well in the base game – the endless icons, the weak rewards for big tasks, and the incredibly annoying online influencer who keeps trying to bait the webhead into appearing on her livestreams – return, and as this was a chance to provide a clean cut-back vision of Spider-Man’s NYC, it feels like a shame that there’s still so much busy work going on.

My hate for Screwball is irrational and it knows no bounds. She’s up there at ‘Jake Paul next to a suicide victim’ in terms of influencer annoyance. “Some people will do anything for clicks,” Parker quips after encountering her again, glossing over the fact that his primary income for a long time was taking photos of himself in costume so he could sell them to an editor who needed illustrative images for his editorials about how much he hates Spider-Man. Et tu, Spidey? 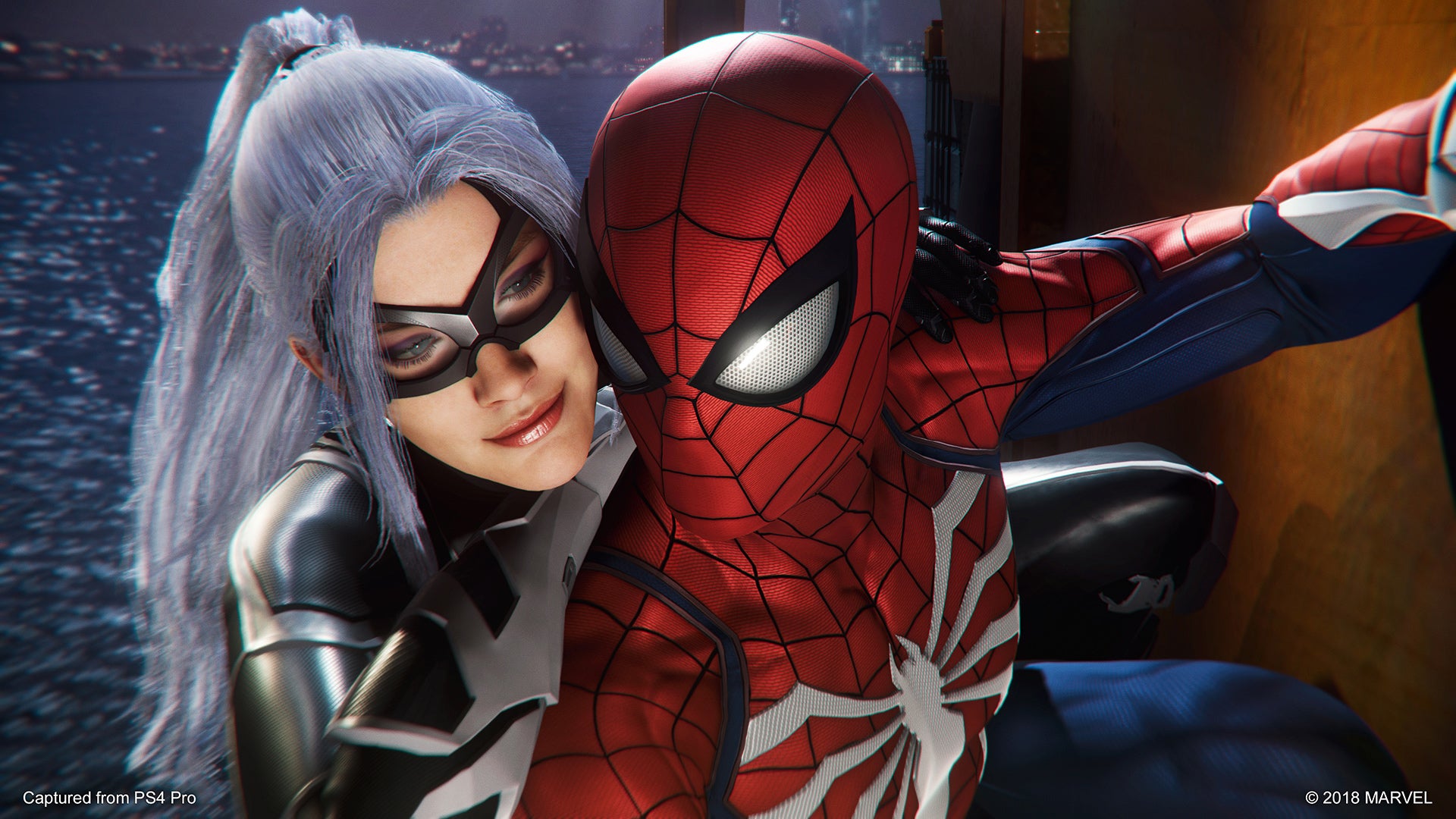 But actually, Screwball’s appearance to make you beat up some thugs and follow chemical trails around the city feels familiar. It’s not that it’s poorly done – everything is polished and every aspect of the game you enjoyed is back here with the same amount of care lavished on it. It’s just that there aren’t many new ideas. You go from place to place and either chase people, leather people or complete a minigame. You’ve seen it all before in the base game, and there are very few set pieces which go above and beyond.

The joys of Marvel’s Spider-Man has largely survived from the original game: traversal is still incredible, and after a short break between the main game and returning for this DLC I was reminded of how really enjoyable ploughing around the city using Spidey’s skillset is.

The combat and stealth, while still reminiscent of the Batman Arkham games in play, are serviceable and have interesting tweaks. The way of the web continues to dominate in both, fights involve knocking enemies down and webbing them up to walls, while stealth involves pulling people into the rafters and webbing them up. 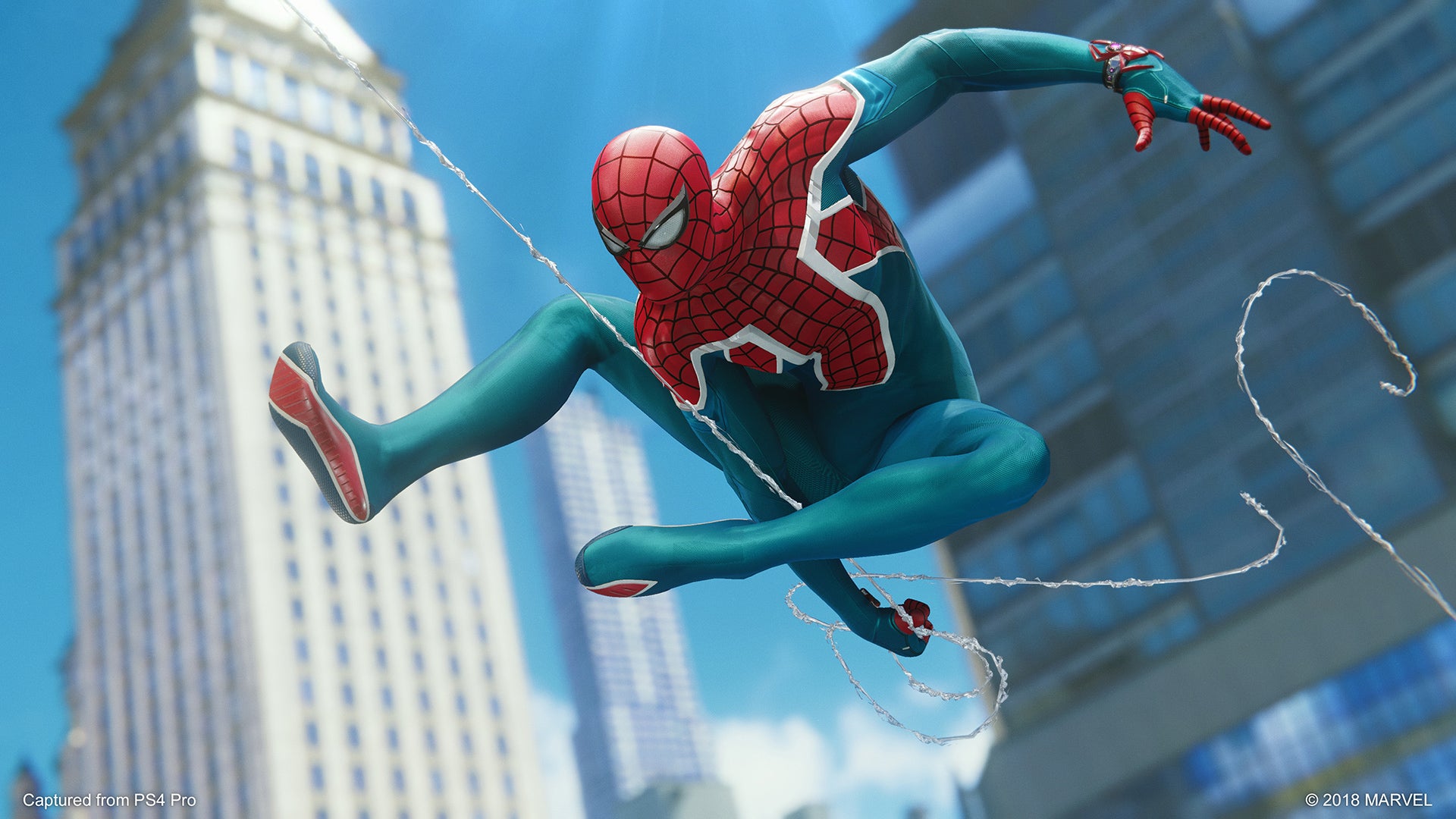 Without spoiling the end of the base game’s story, there are plenty of nods to the way things are left at the end of the plot, so it’s best to get to this after you’ve finished Marvel’s Spider-Man in its entirety.

However, this often means you’ll already be at the max level, which makes the times that the game asks you to explore the city and complete some activities, ultimately for little reward. There are a handful of new suits to unlock, but this is one for the competitions. Spider-Man started to feel repetitive towards the end of its runtime, and even after a break, it started to wear out its welcome in record time.

You can pay just £6.50 for this, or the whole season pass for £16. And for four to five hours of campaign, it’s hard to judge this too harshly, however repetitive it might get. Want more Spider-Man? Here’s where to get it.

It’s unreasonable to expect Marvel’s Spider-Man The Heist to reinvent the wheel here, it’s a DLC for a game that was remarkably popular, and many are clamouring for more. However, I don’t think I’m the only person that will be a little disappointed at Marvel’s Spider-Man playing it safe, and it’s a prime example of how you can have too much of a good thing.