What is the Marshall Stanmore Multi-Room?

The Marshall Stanmore Multi-Room is the middle child in Marshall’s lineup of multiroom speakers. It costs £399, making it just a little more affordable than the Sonos Play:5 and Riva Festival.

Although it doesn’t quite match these top performers for sound quality, the Stanmore does offer flexible streaming and nails that Marshall guitar amp style. 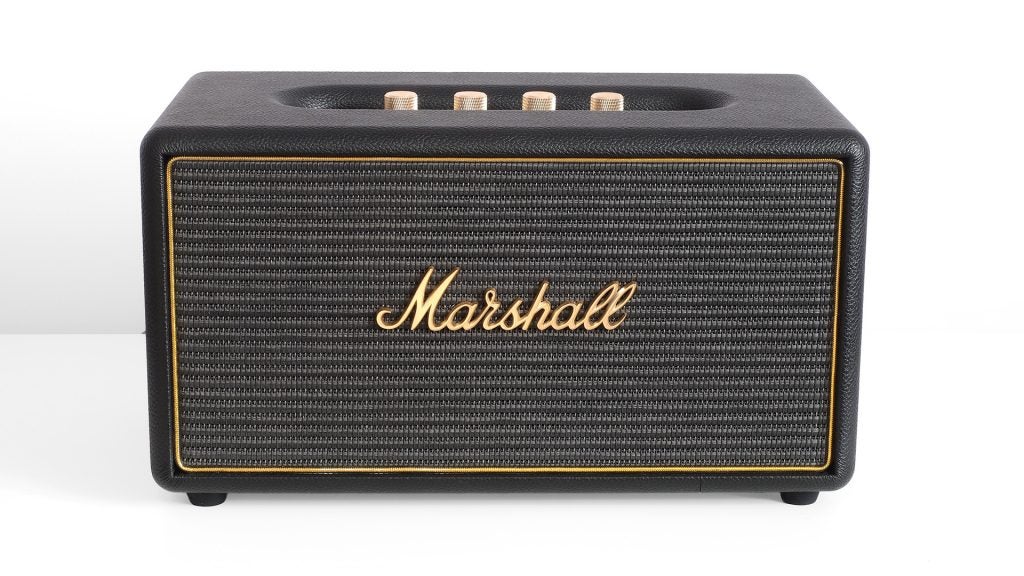 The Marshall Stanmore resembles a guitar amp head. Its vinyl covering, grille, bold front logo and control knobs are all unmistakably cribbed from that style.

It isn’t as imposing as a full-size guitar cab, though. A little smaller than a Sonos Play:5, the Stanmore is made for the living room.

If you want something for the kitchen or bedroom then you may be better off with the Stanmore’s smaller sibling, the Acton. 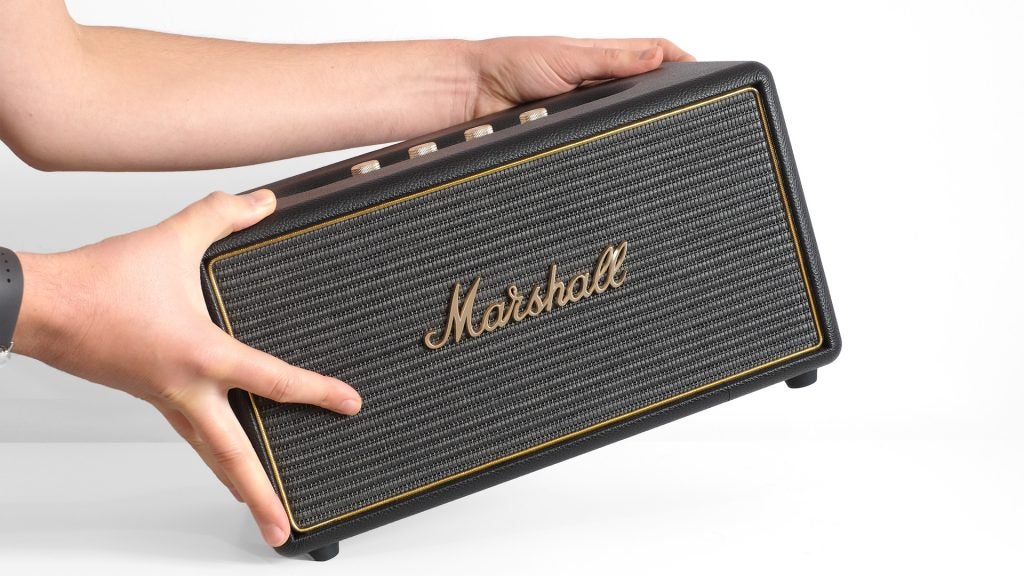 Build quality is solid, and while the unit isn’t excessively heavy, at 4.7kg there’s a decent heft to the Marshall Stanmore. This isn’t a portable speaker; there’s no battery and no carry handle.

At the top of the unit, where you’d usually expect to see a carry handle, is a row of controls. These are knurled metal knobs on a brushed metal base.

There’s one for volume, a bass/treble pair and a source selector. Other bits worth noting include “next” and “previous” track buttons, and an aux input. There’s also a phono pair on the rear of the cabinet. While perhaps a bit too tall to be used as a soundbar in most living rooms, you can easily plug in an old non-wireless source. LED indicators indicate the level/setting of each of the knobs, because there’s no ‘absolute’ setting using the physical controls. For much of the time, you’ll control volume of the device with your phone.

It’s currently a good time to buy a multiroom speaker. We’re starting to see more and more manufacturers adopt the Google Home/Google Chromecast standard rather than using proprietary ones, and that can only be a good thing. The Marshall Stanmore actually lets you use a whole bunch of different streaming techniques.

Google Home is the primary one; and you’ll use this to setup the Stanmore. However, you can also use Spotify Connect, Apple AirPlay and Bluetooth.

I’ve experienced no strange bugs or glitches yet. Streaming reliability is great. 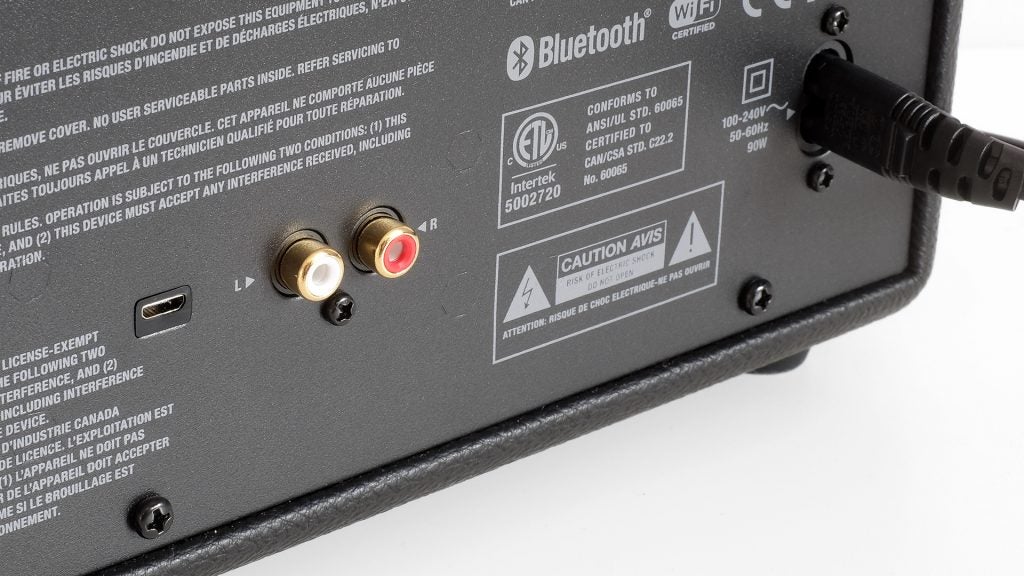 The dedicated Marshall Multi-Room app is available for the Marshall Stanmore and with it you can lunk up speakers as a group and set ‘favourites’.

The latter is a neat extra feature of the Stanmore. On the source selector dial you’ll see numbered settings 1-7, which you can link to Spotify playlists or internet radio stations using the app. I’ve been using this feature for Spotify Discover Weekly, a few playlists and BBC Radio 4. While this won’t be an essential feature for many, it adds a classic tactile edge not seen with the Sonos Play:5 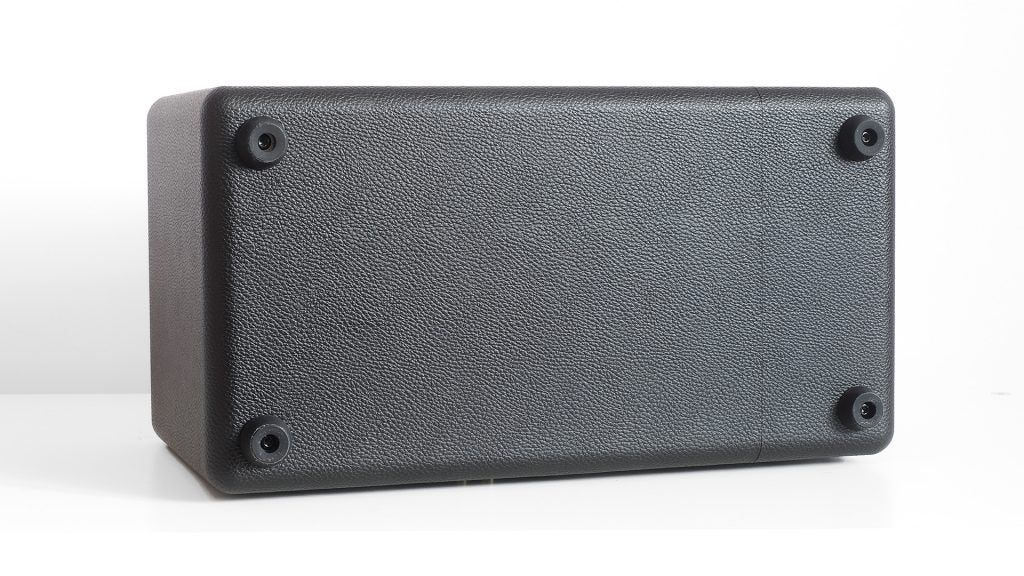 The Marshall Stanmore has a much more traditional approach to driver design than its closest competitors from Sonos, Bluesound and Riva. There’s a large driver in the centre, and tweeters to each side.

These are reinforced by a bass port on the rear, which helps bolster the lower frequencies. The sound produced is similar to that of some of Marshall’s headphones. The mids are pushed forward, helping guitars really cut through the mix. I don’t often dip into music from bands such as Led Zeppelin and Iron Maiden when reviewing audio products these days, but the Stanmore demands it.

In isolation, the Marshall Stanmore is a satisfying, room-filling speaker. It can be pushed loud enough to fill a large room without sounding strained. And despite lacking aggressive engineering techniques such as ultra long-throw drivers and passive radiators, the scale of the sound is reasonable (if not wildly out of step with the box size itself). 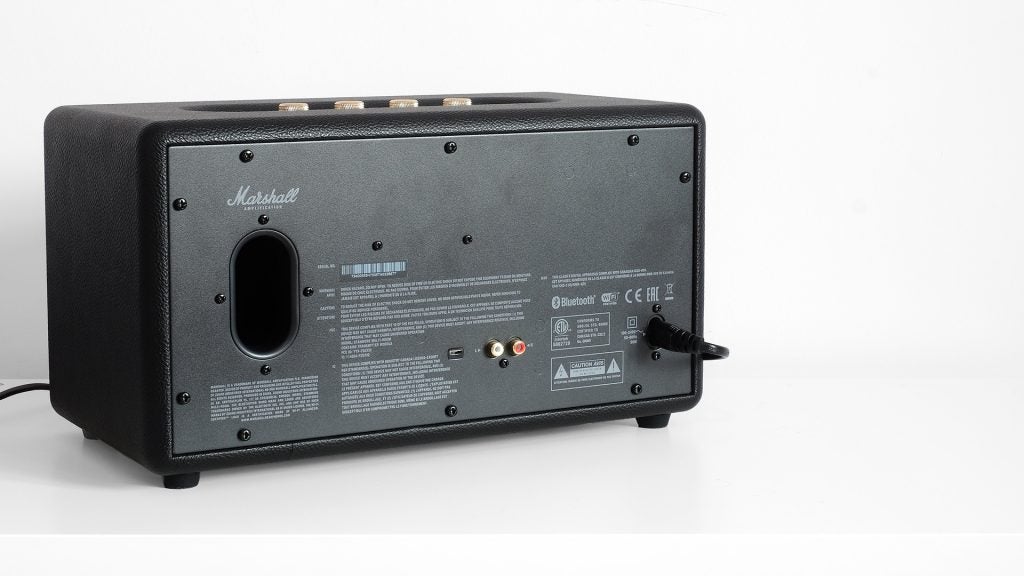 The bass and treble dials prove quite useful too, although I tend to be in favour of speaker makers picking a sound signature and sticking to it. Dialling down the bass is a good way to make the Stanmore less annoying for housemates, although as long as you give the rear pass port room to breathe, it doesn’t sound bloated or harsh – even with treble and bass maxed. Marshall has done a good job of keeping the EQ sounding tasteful, regardless of the setting.

However, listening to it side-by-side with the Sonos Play:5 and Riva Festival, it’s clear the Marshall Stanmore is a good-sounding speaker, not a standard-setter.

Bass depth and punch is only fair, and while mid-range presence is good, detail isn’t great. Limited dynamics hold back the Stanmore sound.

Next to the best in the field, the speaker sounds a little flat. Dynamics are what makes music more involving, more 3D-sounding, and the Marshall Stanmore doesn’t come close to the Play:5 or Festival in this respect. 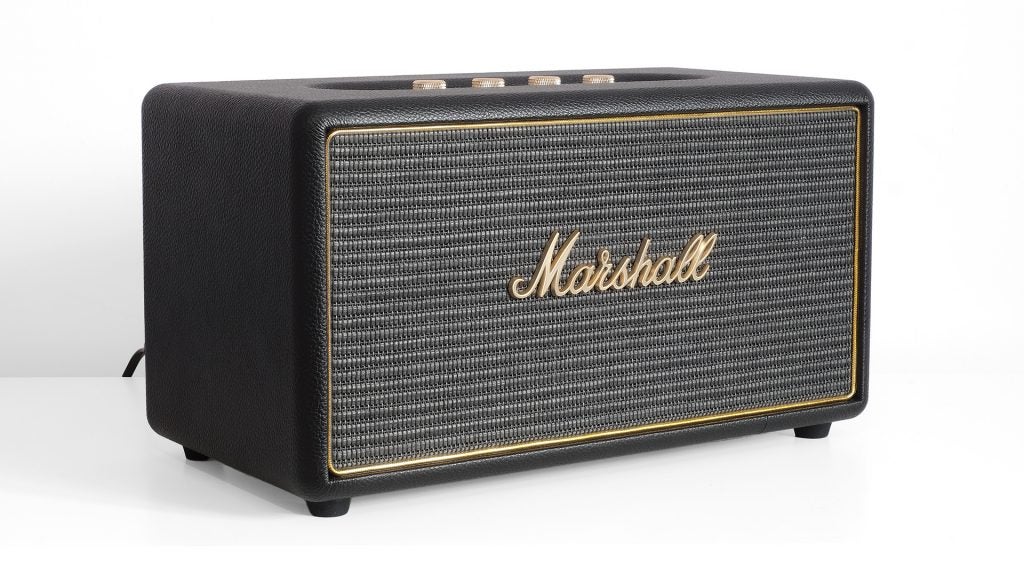 Should I buy the Marshall Stanmore Multi-Room?

The Marshall Stanmore is a solid multiroom speaker; it’s more flexible and ‘hands-on’ than a Sonos Play:5, demonstrating well how the Marshall brand has evolved over the years. Plus, its aesthetic execution is just as good as any other premium wireless speaker.

The issue is that the price difference compared to a speaker such as the Sonos Play:5 doesn’t justify the relatively unimpressive dynamics and spatial detail.