The Emberton II boasts the same stylish looks as the original model, but benefits from tweaks to its audio and app support, while also boosting dust-resistance and battery life. As a wireless speaker you can take to the park, beach or on holiday – the Emberton II comes highly recommended.

According to Marshall, the Emberton II is its Empire Strikes Back of portable speakers – it has a familiar tone to the original, but offers improvements in several ways.

Of course, a brand would be inclined to say positive things about its latest portable speaker, but in extending the battery, upping the dust resistance and making a few tweaks to the audio, Marshall may well have succeeded on its claim.

Visually, little has changed about the Emberton’s appearance. It carries the same dimensions as before, remains the same weight and features identical controls. Marshall appears to be a big believer in the “if it ain’t broke” philosophy.

Where it differs is that it’s available in fewer colourways; the Emberton II comes in a black and brass finish or cream. The gold styling on the black and brass model gives the Marshall logo a snazzier look.

The silicone coat encasing the speaker sports a texture that’s designed to hark back to a classic vinyl look. Dust/water-resistance has been upped from IPX7 to IP67, with the Emberton II more resilient to dust and dirt.

The sequel remains waterproof in that it can survive being dunked into a body of water that’s 1m deep for 30 minutes (a very specific depth and amount of time), although I’m a little confused about the claims of being waterproof when the USB-C charging port on the speaker’s side remains exposed.

There’s no strap or hook for carrying, so the Emberton II is either going to travel in a bag or be carried outdoors. Like the original, it’s easy to hold in one hand and the build quality is solid enough that it feels as if it could survive a few accidental drops. The speaker’s size means it could be taken on holiday, just note its 700g when meeting those weight restrictions.

Marshall has deigned to make any changes to the top surface. A push down on the multi-directional knob turns the speaker on or off; a nudge plays/pauses audio. A wiggle to the left or right skips tracks, and up and down adjusts volume. Think of it like the D-pad on a games console controller and you’ll be on the right track for understanding how it feels to use – a slight click offers satisfying feedback when operating.

A Bluetooth pairing button on the left-hand side and a battery indicator on the right make up to the rest of the design touches. Another thing to note is that the Marshall Emberton II is made from more sustainable materials than the original, utilising 50% post-consumer recycled plastic from used electronics, with it 100% free of PVC (polyvinyl chloride) plastic material.

So, on the outside at least, Marshall presents a speaker that’s virtually the same as the original – and there’s something to be said for knowing what you’ve got and sticking with it.

Battery life has been extended here, although all Marshall will say is that it’s more than 30 hours (the original was 20+). That’s more than enough for several days of use before you’ll need to think about plugging it in.

And when the time comes to charge the Emberton II, there’s fast-charging support – although, curiously, it isn’t as fast as the original. A 20-minute charge is only good enough for four hours compared to the original’s five. Charging back to full is equal to the original at three full hours.

Bluetooth wireless connectivity has been upped to v5.1 with Bluetooth range the same at 10m/30ft. In terms of stability the Marshall is fine, but it gets a little shaky once I reached around, and past, the 10m mark. In terms of volume, the speaker projects it sound well enough in my garden to be heard from the other end, but the JBL Charge 5 is better at reaching louder volumes.

Like the original, the Emberton II features Marshall’s True Stereophonic sound for 360-degree audio, and it works well enough when shifting the speaker around. From the side there’s a slight drop off in tone, but it isn’t too obvious.

New is support for pairing (as many as you like) Emberton II speakers with the Stack mode, as well as app support. In the app you can manage the Stack mode, check battery life and tweak the sound with three EQ presets.

Marshall is the default option; Push boosts bass and treble frequencies and Voice enhances the mid-range to bring extra clarity to voices. Trying them with The Beatles’ Hey Jude, Voice doesn’t so much emphasise vocals as de-emphasise everything else, which in turn makes vocals sound less natural. Push produces to a V-shaped sound signature, where vocals become a little obscured in the soundstage.

The original Emberton was a good-sounding speaker, a smooth and energetic operator in Marshall’s well-versed style; but it lacked a degree of clarity and mid-range detail. Although the Emberton II looks the same, features the same driver setup and amplification, it sounds like Marshall has retuned the speaker to derive more clarity from the mid-range upwards.

The differences range from subtle to fairly obvious, but they’re there to be discovered if listened to for long enough. The way the Emberton II organises the soundstage is different; vocals are take a clearer quality, projected above the rest of the track, as if they’ve been pinched and plopped further out of harm’s way.

More often than not, the Emberton II is better with vocals than the original. The mid-range and delivery of vocals sounds recessed in comparison to its predecessor when listening to Talib Kweli’s Hostile Gospel, Pt.1 – Deliver Us.

There’s a slight difference in the tonality of treble notes; they’re a littler crisper and clearer in 1612 Underture’s Another Witch is Dead. While in GoGo Penguin’s Raven, the difference is more obvious – increased clarity and detail offer greater insight into the top end of the frequency range.

Both in terms of rhythm and timing across the frequency range the sequel sounds slightly better, with the added clarity an improvement on the original model’s smoothness. I’m able to hear more of the notes with better, more distinct separation between the frequency ranges.

Dynamism, the difference between quiet and loud notes, appears to be slightly improved too – the speaker sounds a little louder despite the same amplification under the hood. When there’s a need for more energy and impact, though, the original wins out.

The shifts in momentum in Beautiful from James Newton Howard’s King Kong soundtrack land stronger on the original, though, as the Emberton II is a tad placid by comparison. And the same goes for bass. In That’s My Bitch from Watch the Throne, there’s more to note at the lower end of the frequency range; the Emberton II’s measured approach seems a casualty of its clearer mid-range and treble performance.

It’s a change that I can live with since it results in a much clearer and natural sound. For those who prefer their bass big and noticeable, the Marshall still has a decently weighty low-end, and the Push EQ setting adds some more depth. Its bigger, thicker and weightier than the similarly priced Sonos Roam; but the Roam is the clearer and more neutral performer of the two when playing Christina Aguilera’s Without You.

I do like the Emberton II’s richer sound with that track, however. Plus it can go louder than the Roam, too, although at higher volumes the focus centres on Aguilera’s vocals, leaving a shortfall of detail where the instruments and the beat are concerned. The Sonos holds everything together more tightly. I’d prefer to listen to the Sonos for most genres of music, but the Emberton II is, I’d say, a more fun listen.

For its improved dust-resistance The IP67 rating of the Emberton II betters the original, allowing this speaker to be used in many more scenarios without fear of it being damaged.

The Emberton II’s performance is appreciably better than the original: it’s a clearer, detailed and more articulate-sounding wireless speaker. It retains the Marshall vibe of energy and fun, but sounds more mature; it’s a speaker whose tastes have grown up.

The fantastic appearance is the same as the original, but Marshall has extended battery life to class-leading levels and brought in app support, although the EQ options aren’t the greatest. Nevertheless, the Emberton II is another excellent portable speaker from Marshall – it’s a charming, fun and lively effort that improves on its highly regarded predecessor.

Tested across a week 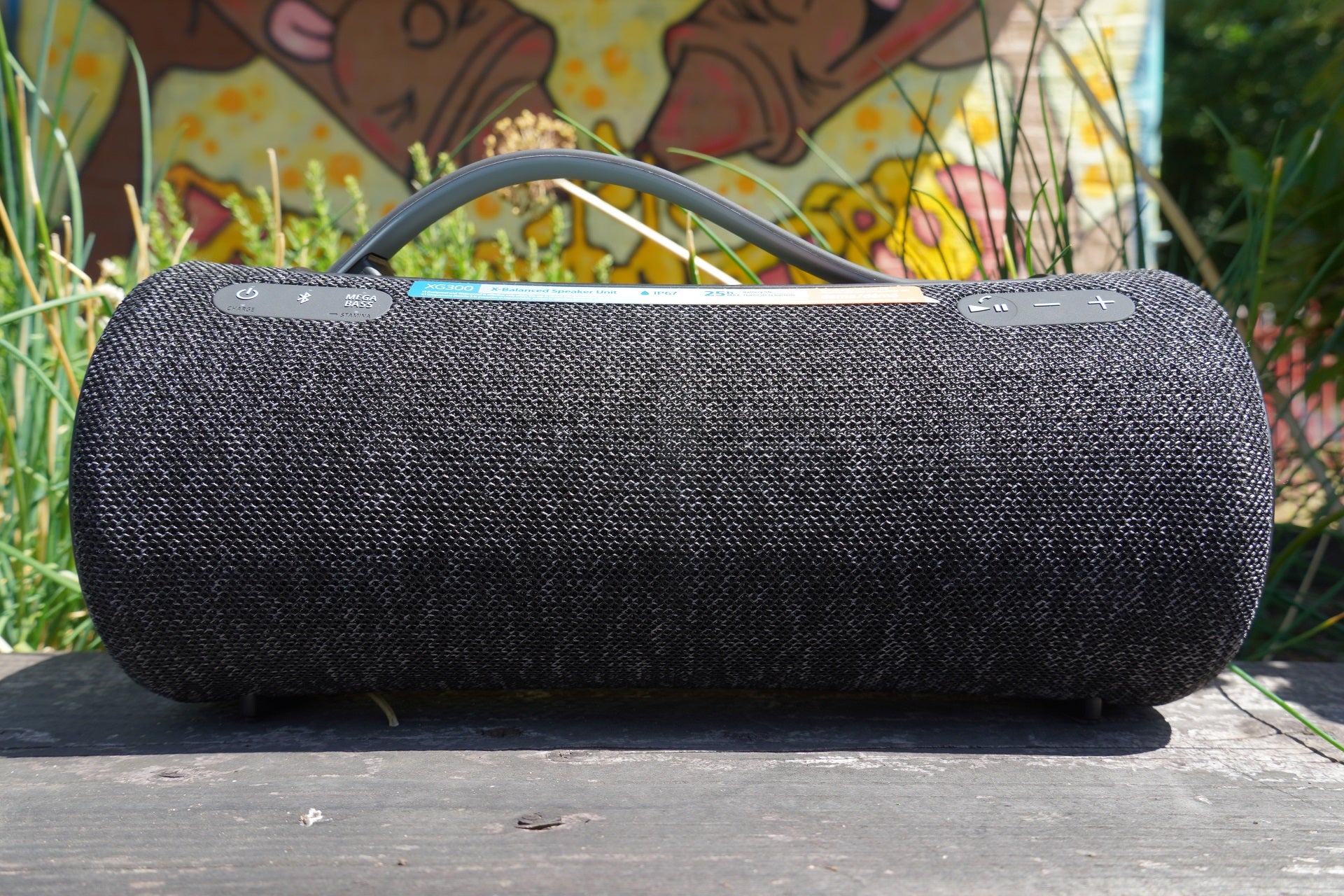 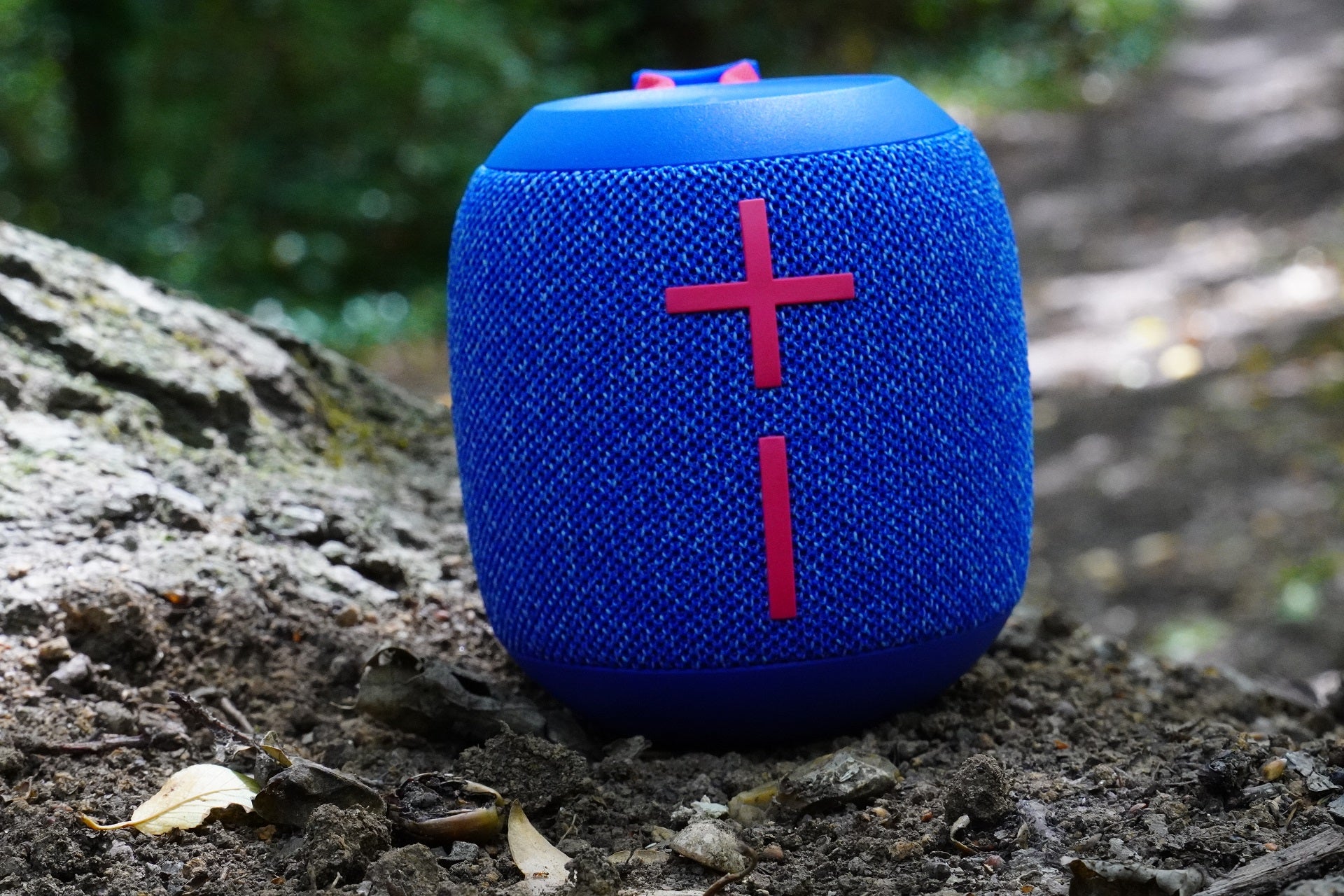 How long does it take to charge the Emberton II?

From a dead battery, it takes around three hours to fully charge the speaker.