Available on PC, PS4 (both versions tested)
How do you follow a surprise cult hit? One option is to build on your success, go bigger, better and more epic, and run the risk of falling flat on your face. The other is to refine your first game, try to strengthen what worked and fix what didn’t, and hope to reach a wider audience with a more polished version. It’s not a bad idea, but it comes with risks of its own. By playing it safe, you could end up with something that feels too familiar to existing fans. Well, this is the approach Paradox Interactive has taken with Magicka 2, and there’s a distinct feeling that it’s not a big enough step forwards.

Magicka itself wasn’t exactly original. A collision of the Diablo-style dungeon crawler and the twin-stick shooter, it had two major points to recommend it. The first was the unique and brilliant magic system that powered your attacks, defensive moves and perks. You could conjure up to five elements at once from a choice of eight, then select whether to cast the resulting spell with an area effect, as a beam or projectile, on yourself or on your weapon. The combination of the elements and the way you cast the spell would determine the effects. It’s a fairly complex system, but relatively easy to get your head around. You can learn the basics fairly quickly, start building fireballs, showers of ice and exploding death rays, learn the secrets of shields and healing, then start developing more sophisticated spells. 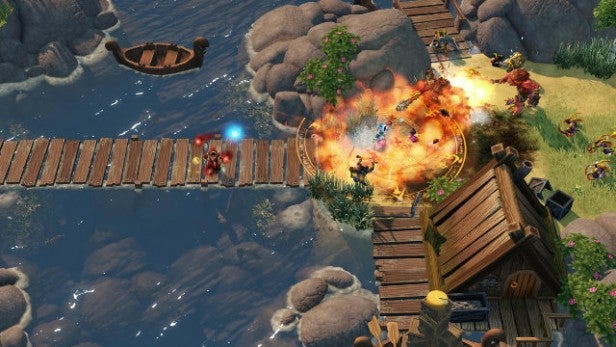 Secondly, Magicka focused on co-op play rather than solo play, and on the kind of co-op play where collateral damage was all part of the fun. So what, if you occasionally take our another player with a poorly targeted burning death ray or errant flaming airstrike? They shouldn’t have got in the way. Why does it matter if you electrocute your allies as well as enemies with a blast of dark energy? You can’t make an omelette without breaking eggs.

The combination of this attitude and the unpredictability of the magic made the original Magicka a hilarious game; a sort of slapstick sibling of Torchlight where a quick revive spell isn’t quite enough to make up for the accidental slaughter of your comrades. The same holds true of Magicka 2. While coming from a different developer – Pieces Interactive rather than Arrowhead Game Studios – the sequel hasn’t lost what made Magicka tick. Whatever complaints we’re about to make, we should make it clear that Magicka 2 gets a lot of things right and – most importantly – is still a lot of fun. 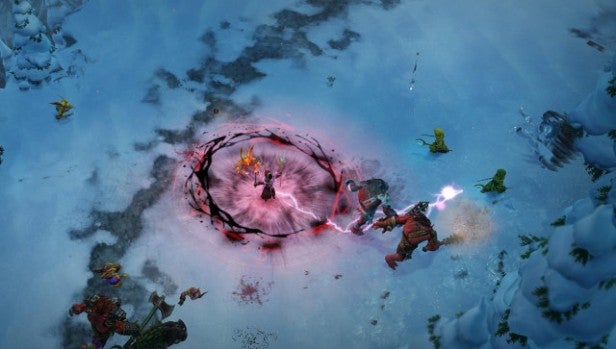 The plot, needless to say, is paper thin and mostly there to drive the gameplay forward and allow for a lot of fantasy and gaming in-jokes. Some you might find hilarious, but most left nary a trace of a smile on my face. Level design is a little predictable and perfunctory; you mostly move from left to right despatching gangs of beasties, pausing only to move the occasional obstacle through the application of specific spells. Even the wilderness areas don’t have the scale or open feel of their Diablo 3 or Torchlight 2 equivalents, and the dungeons aren’t exactly complex.

Nor can Magicka 2 match those games’ addictive upgrade cycle. There are new weapons and wizard staffs to pick up, plus different robes and accessories, all providing some boosts balanced by downsides to certain elemental powers. However, none of these really seem to make that significant a difference to the gameplay; they help if you choose to specialise in certain spells, but when different monsters are vulnerable to different elements, that’s not such a great idea. The best thing you gain as you make progress is stronger Magicks – beefy preset spells only limited by a cooldown timer. One, revive, is absolutely crucial in co-op gameplay, but all can help turn the tide of battle when things look dicey – or simply waste your entire team at once when you’re not watching what you’re doing. 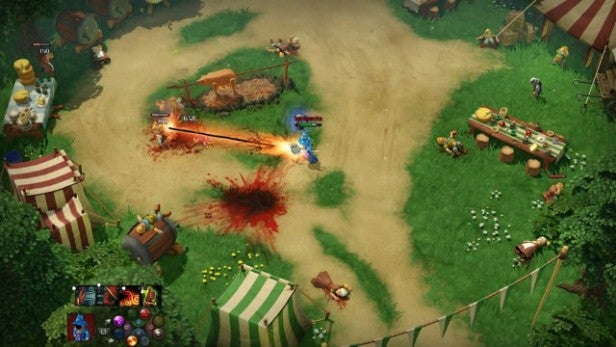 Most seriously, Magicka’s level designs have a horrible tendency to just spam the player(s) with vast numbers of enemies while constrained within a small area. In co-op play, this isn’t such an issue; as long as one player survives they can keep on reviving the others. For solo play, however, it’s an absolute game killer. Magicka really is built for co-op play, and I suspect most single wizards will give up through sheer exasperation.

Visually, there’s little sign of the massive leap in quality that there was between, say, Torchlight and Torchlight II. Magicka 2 looks slightly cleaner and more polished than the original, but it’s nowhere near as slick or detailed as the flagship dungeon crawlers. 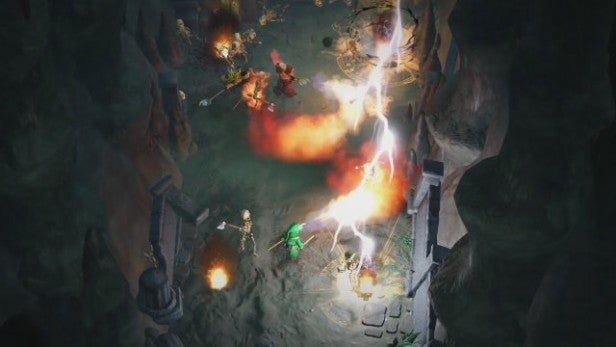 None of this means that it’s not an entertaining ride, and what really does work is its flexible approach to co-op play. You can play in any combination of online and offline combos, meaning two of you playing on a single screen can join up with another two players online. Online matchmaking seems solid and speedy, and I haven’t experienced any problems finding a game on my chosen chapter since launch. Even if you don’t know your wizard buddies, there’s a lot of fun to be had in simply pushing through the levels, mowing down the hordes and doing your best to heal and revive (but not kill) your team-mates. Get a gang of four friends together, though, and you should have an even better time.

Meanwhile, some changes are definitely for the better. A redesigned UI makes it easier to track the status of each wizard, which is handy when they need a quick revive amidst the carnage. A new system of unlockable artefacts allow you to try the game with different comedy effects or difficulty modifiers, while familiars give you backup with a selection of useful abilities. 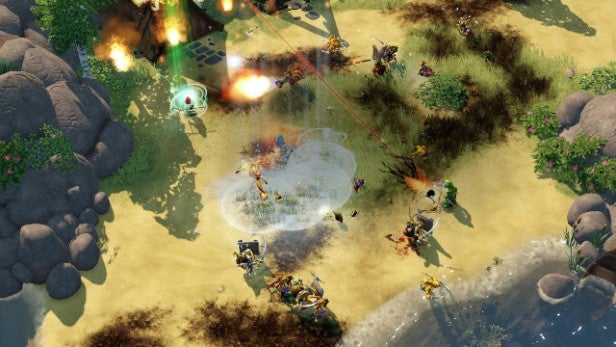 This still doesn’t change the feeling that this is fundamentally the same game, but it makes it a little easier and more accessible. It’s still great on mouse and keyboard, but now plays better on a twin-stick controller, with the L1 trigger switching between the two groups of four elements, and the Magicks mapped to the D-Pad. What’s more, it’s a game that console gamers won’t have had the chance to try before, and on PS4 makes for a decent, budget-priced, Gauntlet-style wheeze.

Unfortunately, even here it’s eclipsed by a better one. Arrowhead’s own Helldivers does an awful lot of what Magicka does but better. Without the magic system it’s a more straightforward shooter, but its action is better paced, its levels are more open and its airdrops and airstrikes make for more spectacular accidental deaths. It’s deeper, richer, and funnier to boot.

This leaves Magicka 2 in a slightly awkward position. It’s a good buy for Magicka fans who simply want more of the same, and anyone else in the mood for a simple co-op blaster with fantasy RPG trappings. The magic system remains a thing of awesome, unpredictable, destructive beauty. All the same, PC owners could find alternatives with more scope and depth, while Helldivers is a better bet on PS4. If you’ve grown tired of Arrowhead’s Starship Troopers-aping blaster, then Magicka 2 is a solid alternative, but if you’ve yet to try either, go for Helldivers first.

Verdict
With its flexible, unpredictable magic system and fun co-op skirmishing, Magicka 2 is still a co-op hoot. All the same, it’s not that different from the first game, and nowhere near as smart and anarchic as Helldivers on PS4. By playing safe with its surprise cult hit franchise, Paradox has failed to take it to a higher level.