Hanger 13 has crafted a gorgeous remake of an action classic, but the picturesque city of Lost Heaven and the characters that call it home are sadly lacking in substance, resulting in an adventure that could have been so much more.

The Mafia franchise has often stewed in the middle of the open-world genre, failing to reach the height of its acclaimed contemporaries, yet still offered a picturesque take on distinct settings we seldom saw anywhere else. First released in 2002, the original Mafia is fondly remembered by many, which explains why Hanger 13 has decided to recreate the entire experience for a modern audience.

Imitating the likes of Goodfellas and The Godfather without a modicum of shame, Mafia: Definitive Edition is a faithful remake of the debut adventure, possessing a stunning level of visual fidelity that brings the fictional city of Lost Heaven to life with aspirational detail. It’s a shame that the linear nature of the campaign doesn’t give you much reason to really explore it.

After the underwhelming reception of Mafia 3, it seems Hanger 13 hasn’t taken some of its biggest criticisms into account when crafting this ambitious reimagining. It’s far from a disappointment, although it doesn’t provide enough opportunities to explore its world and characters outside of a strict, defined narrative. Step out line and you’ll be punished, which is an archiac relic of the franchises’ sixth generation origins.

Still, I was engrossed with the life of Tommy Angelo as he evolved from a humble cab driver to a hardened gangster, even if the journey oftentimes felt stilted by rushed development and sudden plot twists that simply didn’t feel concurrent with how these criminal families operate. 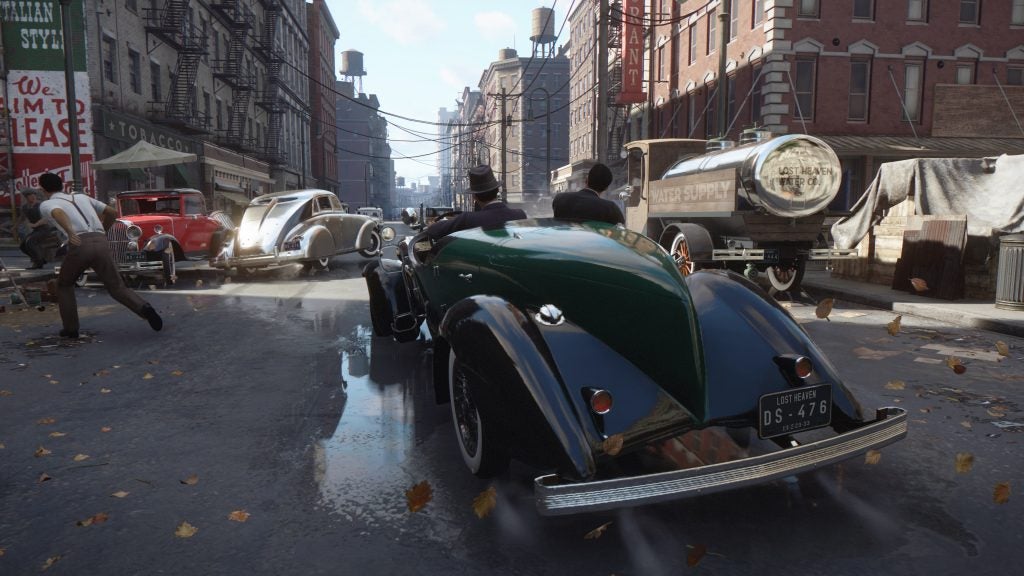 Tommy Angelo is a grizzled cab driver who is trying to make a living in Lost Heaven during the era of prohibition, a restriction on alcohol giving way to a new wave of underworld dealings. While on a regular smoke break, he’s forced at gunpoint to jump into his car and escort two gangsters away from a rival mob.

Opening with a ferocious car chase is a positive sign of things to come, and representative of the eclectic pace Tommy’s fable adopts across the game’s 10 hour journey. From here, our hero is pulled into the Salieri crime family and becomes a fast favourite of the don, tasked with collecting debts, winning impromptu races and slowly but surely tearing down their criminal rivals.

The story itself is completely linear, taking place across a series of missions which are often bookended by cutscenes which help to advance the story. You’re often pitched a dangerous scheme before collecting weapons, jumping in a car and heading to your destination. It’s a perfectly suitable way to tell this tale, but one that is achingly unimaginative. Everything is signposted, from the roads down to your objectives.

At first this level of simplification didn’t bother me too much, until I was forced to infiltrate a mansion with a tired and repetitive instant fail stealth sequence. Failure proved frustrating, and the checkpointing was a brutal reminder of the 2002 classic this remake is based on. Compared to other modern open-world epics, this feels needlessly restrictive, a crying shame since the world it occupies is downright compelling at the worst of times. 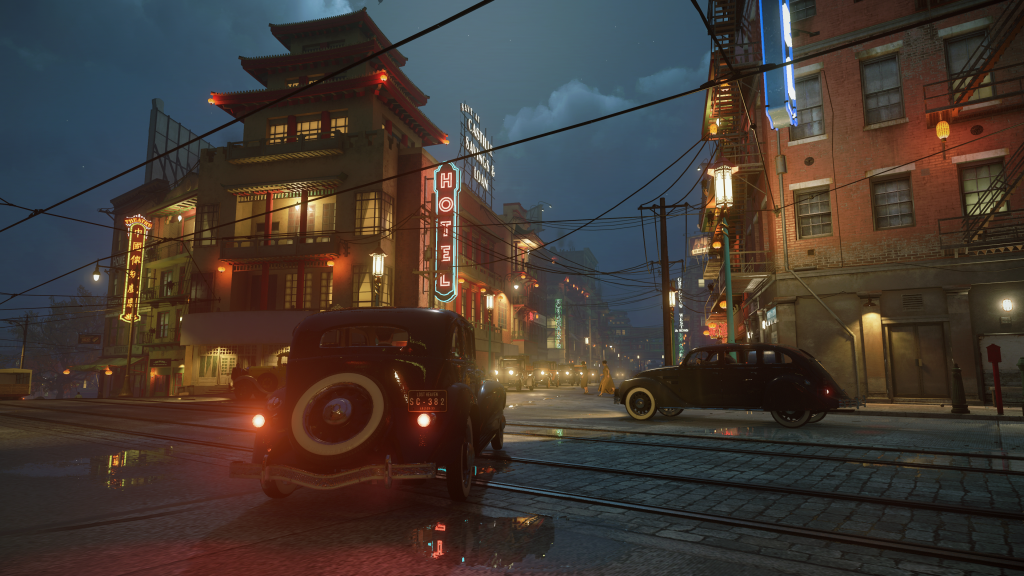 The melee combat doesn’t help matters, making the majority of close encounters a clumsy tussle of limbs as I mashed a single button waiting for them to collapse. Given the brutality of mob warfare, it feels like a missed opportunity not to explore how Tommy Angelo came to be a ruthless yet trusting member of the underworld.

Instead, his development feels rushed, his proficiency in hand-to-hand combat and firearms surfacing moments after joining the Salieri family. This robs the player of an opportunity to learn to be a killer alongside him, which would have been a fitting path to walk given how suddenly he adopts this new lifestyle. As a result, your sense of agency feels out of touch, watching this man evolve without ever really feeling a part of him.

Firefights are impactful and satisfying, yet feel drenched in routine, abandoning any nuance that could have been gained from such a unique setting. We’re in the eve of World War 2, right before a wave of technological advancements would transform the world as we know it.

This could have been much more than a virtual love letter to classic crime dramas, but Mafia: Definitive Edition is just that. All of my qualms aside, this is an enjoyable outing when separated from the open-world marvel it could have been. Lost Heaven is filled with life as occupants go about their daily lives, radio broadcasts touching on the current state of America and the ignorance it was yet to address.

Related: How to pre-order the Xbox Series X 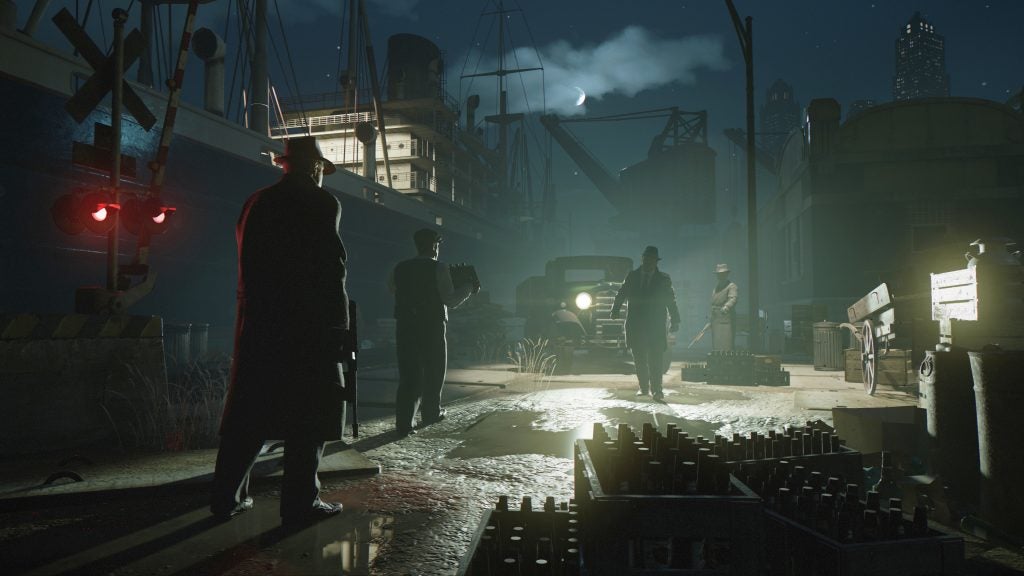 Unfortunately, outside of a mode separate from the campaign altogether, you’re never given a chance to explore Lost Heaven on your own terms. As a result, it feels like you’re viewing snapshots of Tommy Angelo’s life, watching him form relationships, have children and even lose people off screen.

This method of storytelling brings with it a notable aura of detachment, which I feel could have been addressed with a bit of creative thinking. The cigarette cards and dime novels spread across the city aren’t worth scoping out anyway, offering a bit of playful imagery from the era and little more. Mafia: Definitive Edition’s striking visual identity is making up for a notable lack of substance, and the cracks are far too easy to decipher.

When the mission design shines, it blinds you like a diamond. One of my favourite moments has Tommy setting out with his comrades during the worst storm in decades, their vision blurred by an endless cascade of rainfall. Upon reaching their destination, it’s clear they’ve been tricked; dodgy dealers they intended to meet are instead crooked cops working for a rival family. 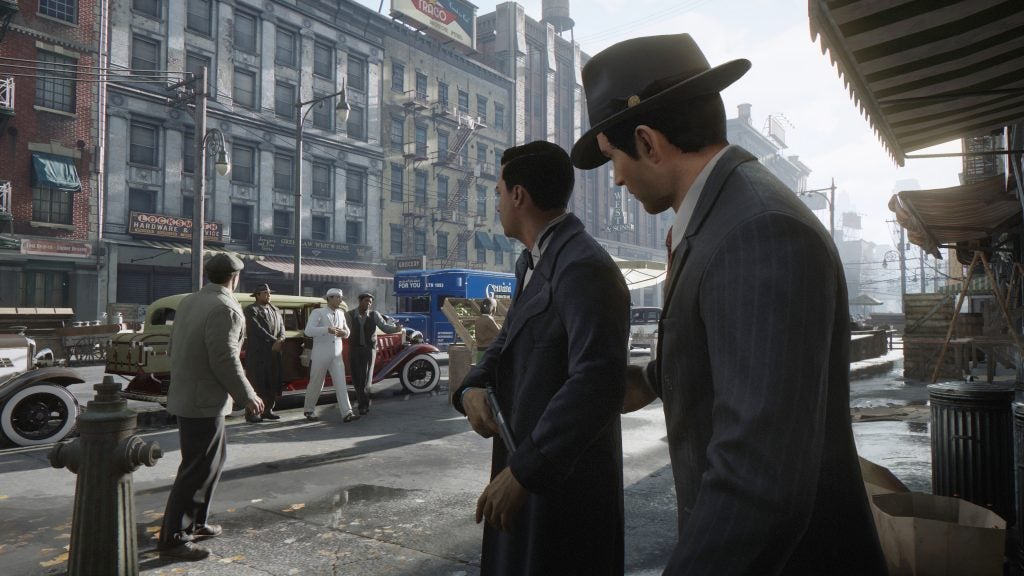 The chaos that unfolds is brilliant, culminating in a beautiful shootout throughout the city as you try desperately to escape the law with an injured friend in tow. Sadly, flaws I mentioned earlier rear their head towards the section’s conclusion. Such a momentous night’s aftermath is glossed over, any consequences being handled away from the player’s eyes instead of being dealt with in earnest. This rids the drama of stakes, and makes eventual revelations ring hollow.

Should you buy Mafia: Definitive Edition?

Hanger 13 has crafted a gorgeous remake of an action classic, but the picturesque city of Lost Heaven and the characters that call it home are sadly lacking in substance, resulting in an adventure that could have been so much more.

However, the story it manages to tell with such self-imposed restrictions remains a compelling one. Tommy Angelo’s evolution from a normal citizen to a ruthless gangster is worth experiencing, largely thanks to a campaign filled with unpredictable capers and wonderful set pieces.

But when all is said and done, I can’t help but feel underwhelmed, and hope the franchise has a far more ambitious vision for where it hopes to go next.