Mafia 2 was criticised for its approach to an open-world Empire Bay. Instead of filling a map with icons and distractions, it pulled players along a tight story with little room for wider exploration.

Mafia 3 attempts to change this with an open-world full of activity markers. The game ditches its predecessor’s Brylcreem-loving Sicilians and the story takes place two decades later in New Bordeaux – a fictional analogue of New Orleans.

New Bordeaux is gorgeous, the period’s abhorrent racial tension is respectfully replicated, and Mafia 3’s revenge story is told via some of the most convincingly-acted out cutscenes I’ve seen. It’s just a shame that you’re forced to repeat the same tedious activities to see them. For the first four hours, during its linear prologue, Mafia 3 is superb but, as soon as it embraces its open-world design, it yet again all falls apart.

You learn about the game’s protagonist, Lincoln Clay, via documentary-style clips, told decades later by people affected, or through testimonies during a trial. Like Mafia 2’s protagonist, Vito Scaletta, Lincoln begins the game returning home after war, though his tour was in Vietnam. 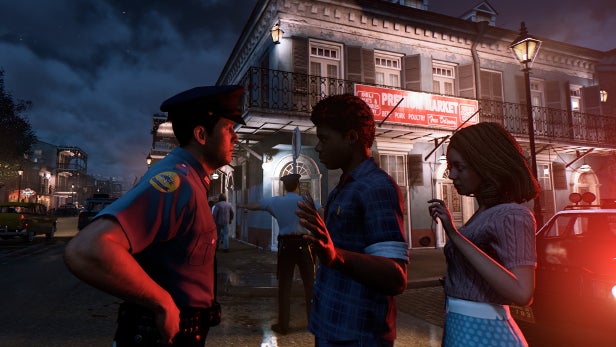 Seeing things from Lincoln’s perspective, as a black man in New Orleans during such a turbulent time, is one of the game’s biggest strengths. It’s distressing to hear racially-charged language in a videogame, but you should be taken aback, you should be shocked and you should feel uncomfortable – this was a very real part of our recent history and to pretend it wasn’t like this would be disrespectful to those who lived it. In New Bordeaux, some places don’t allow black people entry at all, while others force them to enter through the establishment’s rear entrance.

It’s a Mafia game where you don’t play as a mafioso. Mafia 3 instead wants you to tear the organisation to pieces and build your own empire in the ashes. I won’t spoil Lincoln’s motivations for revenge, but damn is he good at it. Lincoln was at home in the bloodsoaked and napalm-scorched paddy fields of ‘Nam, and he feels just as comfortable dishing out street justice in New Bordeaux.

Mafia 3’s gunplay feels punchy and brutal, with headshots accompanied by a satisfying pop and a crimson spray, soaking the walls and floor around your victim. Each shot causes enemies to clutch a limb or reel from the force – upon death they tumble over boxes or slump over satisfyingly, thanks to a weighty physics model.

Moving in and out of cover feels fluid, so you’re often pro-active on the battlefield, trying to close the range instead of sitting behind cover and popping heads from a distance. The guns all feel great, too, from rat-rat machine guns to devastating hand-cannons. The enemy AI lets combat down, however, thanks to simplistic behaviour. Shotgunners just walk towards you to try and score a close-range shot, while other enemies duck behind cover, leaving the top of their heads exposed, taking potshots. The occasional molotov forcing you to move doesn’t sufficiently spice things up.

Often I would find myself using stealth to try bypass shootouts and shift up the pace myself. The stealth is simple: one button causes Lincoln to crouch, and then it’s just a case of getting near someone and tapping melee, causing him to drive a knife through their eye, throw them to the floor and stamp his boot on their face, of one of many other vicious takedowns.

Bizarrely, there is also an option for non-lethal stealth animations, but it’s tucked away in the pause menu. You only know about it because a tutorial tooltip informs you once you get your hands on the knife. 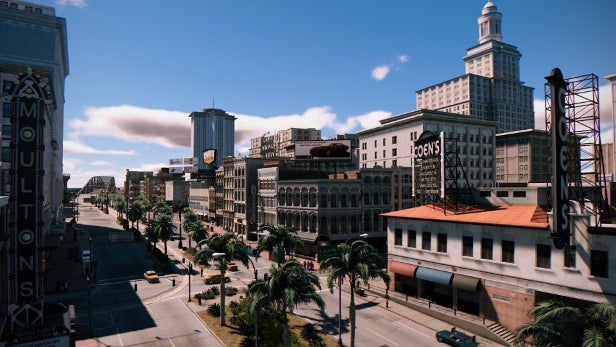 Those tooltips are a constant pain, too. 20 hours in, the game is still telling you how to dismantle criminal rackets, even though it’s all you’ve been doing for the last 15 hours. You’re just killing dudes, but Mafia 3 seems intent on making it appear like there’s some depth hidden beneath the gore. There isn’t. Then there are tooltips that you do need, like when you’re told how to shoot and ram while driving. I wasn’t informed of this until around the 15-hour mark, even after I’d been involved in a few of the rare car chases.

Driving around New Bordeaux, thankfully, feels great. The cars are all angry, heavy things that swing around corners, fishtailing in wide arcs. They all drive like American muscles, and they all feel like beasts that need taming. Skidding around a corner in the heat haze of New Bordeaux as Creedence Clearwater Revival, Jimi Hendrix or The Rolling Stones blast out of the speakers feels incredible, but you’re only ever driving to and from repetitive missions. Unfortunately, an amazing soundtrack, solid gunplay, good acting and fun driving unfortunately aren’t enough to mask over Mafia 3’s largest issue.

After the prologue, you’re free to explore New Bordeaux as you see fit, and that’s when Mafia 3 turns into a game about hoovering up map icons. Things kick off properly when you’re tasked with recruiting three underbosses: one from the Irish, one from the Haitians and one from the Italians. You do this by taking down rackets to draw out a rival mobster who’s running them. Each enemy mobster has a monetary value assigned to them, so you go around their businesses destroying merchandise, stealing money – which is usually dotted around the place, even found on the back of toilets systems – and killing dudes.

Once you’ve done enough damage, you can then go for the boss, who will most likely be in one of the places you just fought your way through, though now all the enemies will have respawned and it’ll be all tidied up. So you go and do the mission again, but with a guy who can survive about five headshots to fight at the end. You have to do this whole process twice to recruit each underboss, and, then, when they’re recruited, a cutscene tells you that you have to do it all again about ten more times. Almost the entire game is compulsory filler missions. 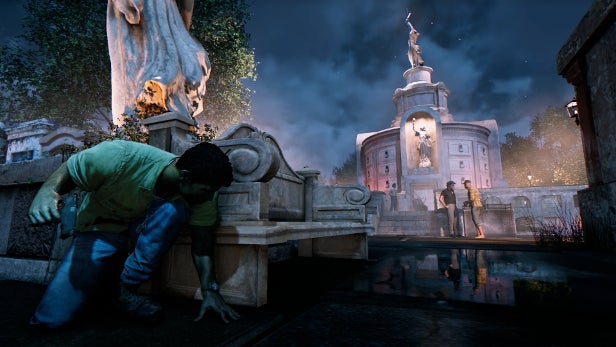 Coupled with Mafia 3’s many technical issues, the repetition soon begins to grate, and it only serves to highlight more issues. When all you’re doing is sneaking and fighting through nondescript businesses, you can’t help but put the game’s core under more scrutiny, so the floating NPCs, oncoming traffic popping into existence, enemies who don’t react and bodies clipping through scenery stand out even more. At one point I had to load a previous checkpoint because I escaped the police by swimming through a canal, but there was no way for Lincoln to climb out.

It feels like the game would have benefitted from another year in development. Nothing is as strong as it should be, technical issues are a common and annoying occurrence, and its uninspired mission design drags the whole package down. There are things I like about Mafia 3, but as a complete package it’s massively flawed and a huge step backwards after Mafia 2.

Mafia 3 is the biggest disappointment of the year. It’s a game with masses of potential, but unfortunately that potential is wasted on by-the-numbers open-world game design.

The first few hours tease the game that could have been if it hadn’t succumbed to the open-world bloat. This is a solid eight-hour game stretched far too thin.

Mafia 3 has an interesting setting and a great cast of characters, but its lack of focus undermines everything it’s trying to do, and that’s a damn shame.